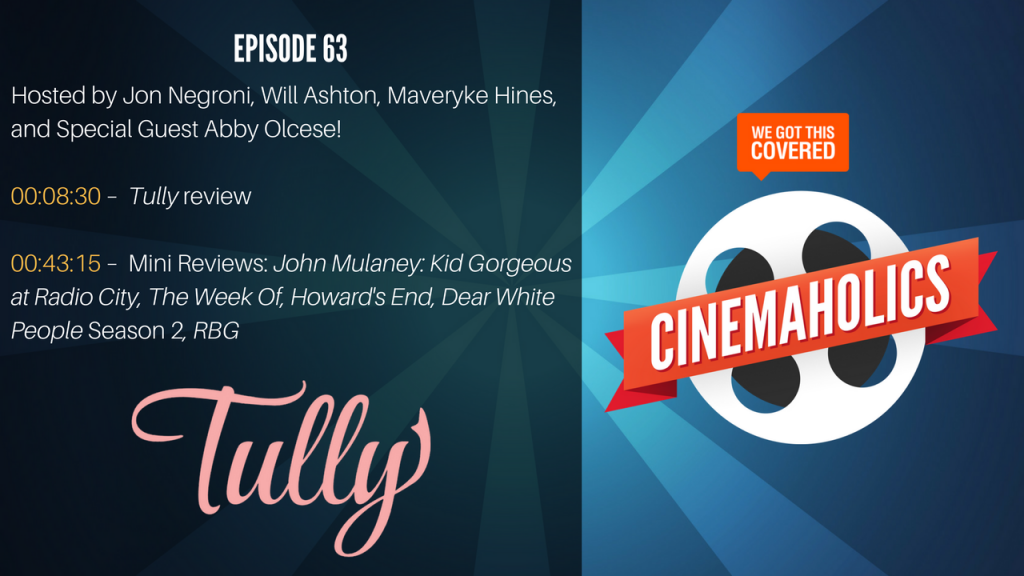 Tully, directed by Jason Reitman and written by Diablo Cody, the duo behind Juno and Young Adult. This new comedy-drama film about motherhood stars Charlize Theron, Mackenzie Davis, Ron Livingston, and Mark Duplass. And it’s definitely one worth watching.

For mini reviews, we covered a pretty diverse list of new releases, many of them on Netflix. There’s John Mulaney’s new comedy special on Netflix, Kid Gorgeous at Radio City, which is already making some headlines for its pervasive political humor. Dear White People just dropped its second season on Netflix, and in this episode I lay out my case for why you should get caught all the way up on this biting, wickedly smart show.

Our guest Abby just watched the new Howard’s End mini series (which is about to hit Amazon streaming), based on the 90s film of the same name. Will saw the new Adam Sandler movie The Week Of on Netflix and calls it the best of the Sandler-Netflix movies (not counting Meyerowitz Stories). And I finished the show out with a mini review for RBG, a new documentary about the life and career of Supreme Court Justice Ruth Bader Ginsberg, which is premiered at Sundance.

Question for you: What should we review and/or talk about on the show next week? There aren’t a lot of major releases, so any ideas are welcome! Next week’s wide releases include Breaking In and The Life of The Party. 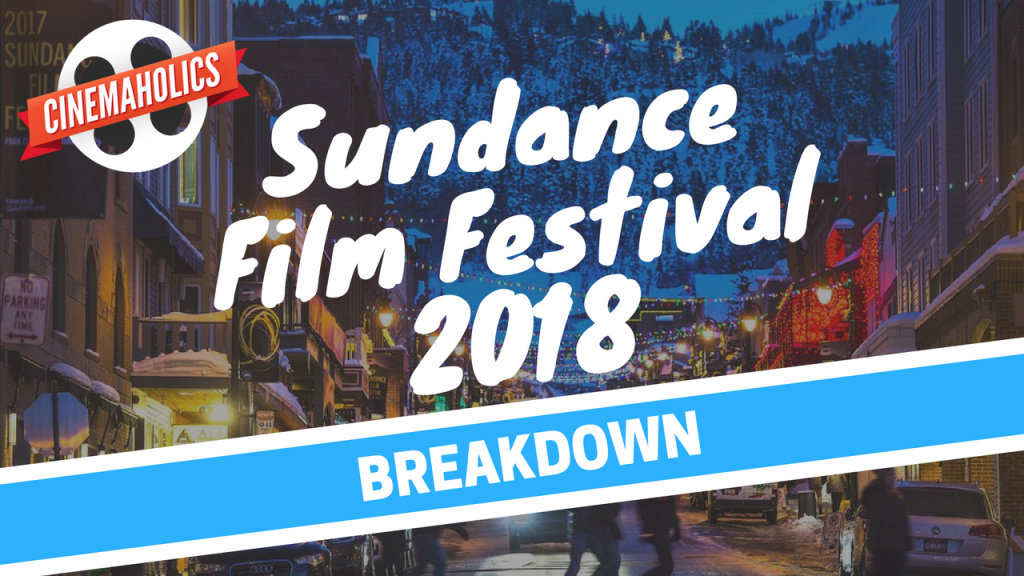 It’s the 50th episode of Cinemaholics, and to celebrate, we invited special guest Alex Billington of FirstShowing.net to talk about all things Sundance. The iconic festival has been home to countless great movies over the years, but it’s almost impossible to see all of them. Fortunately, we manage to talk about a good number of good flicks, including The Tale, Assassination Nation, Won’t You Be My Neighbor, Tully, Bodied, and plenty more.

Question for you: We have a lot of movies to pick from for this coming week to be our featured review. Let us know what you would rather hear a review for: Peter Rabbit, The 15:17 to Paris, Fifty Shades Freed, or The Cloverfield Paradox?