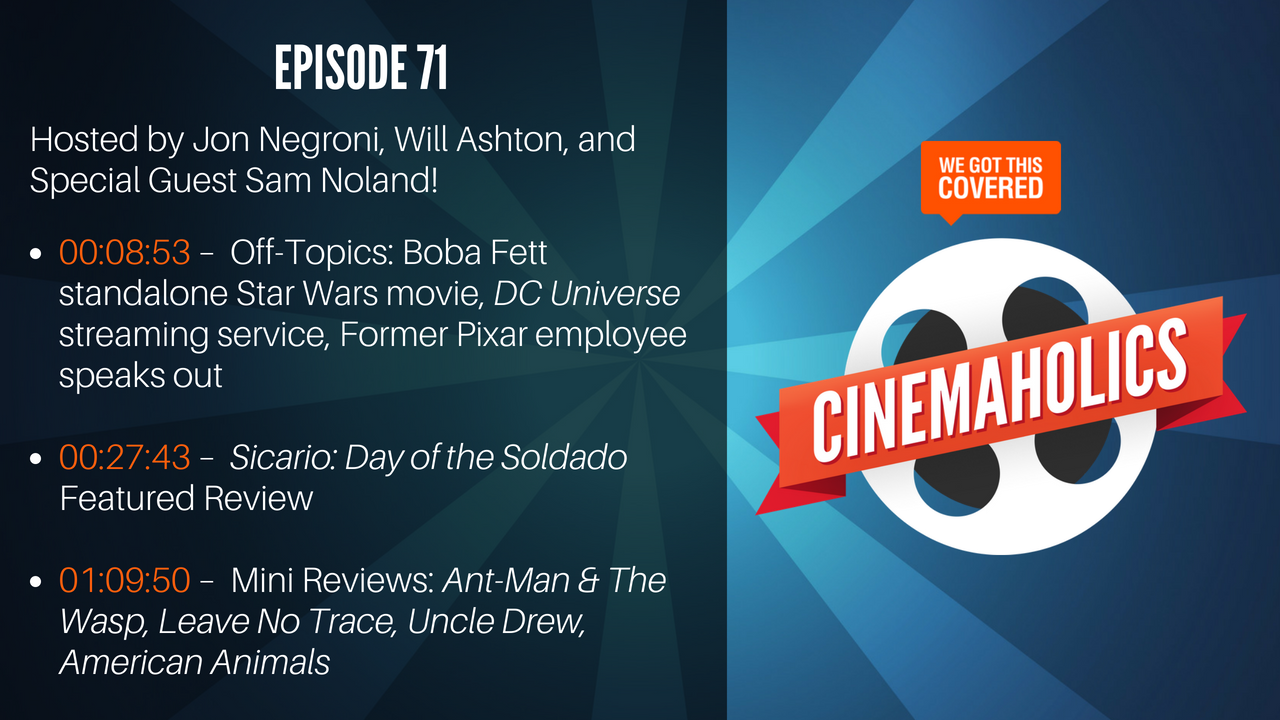 Sam Noland is back on the show again for the first time in a while to help us review Sicario: Day of the Soldado, the sequel to Denis Villeneuve’s surprise 2015 hit. You’ll notice this is an extra-long episode of the show (mainly by accident), and part of the reason is because our Day of the Soldado review might just be our longest one yet that doesn’t include spoilers. We had a fascinating discussion about the movie, coming at it from about as many angles as you can imagine.

We had a lengthy movie news segment as well, which you’ll see in the show notes for the image. Plus an early mini review for Ant-Man & The Wasp that leaves out any and all spoilers. From there, our mini reviews got pretty laid back, especially once Sam broke out the Jeff Goldblum impression. While editing this episode, I couldn’t help but save it all and let you hear the full version.

Question for you: What is your favorite Jeff Goldblum movie? 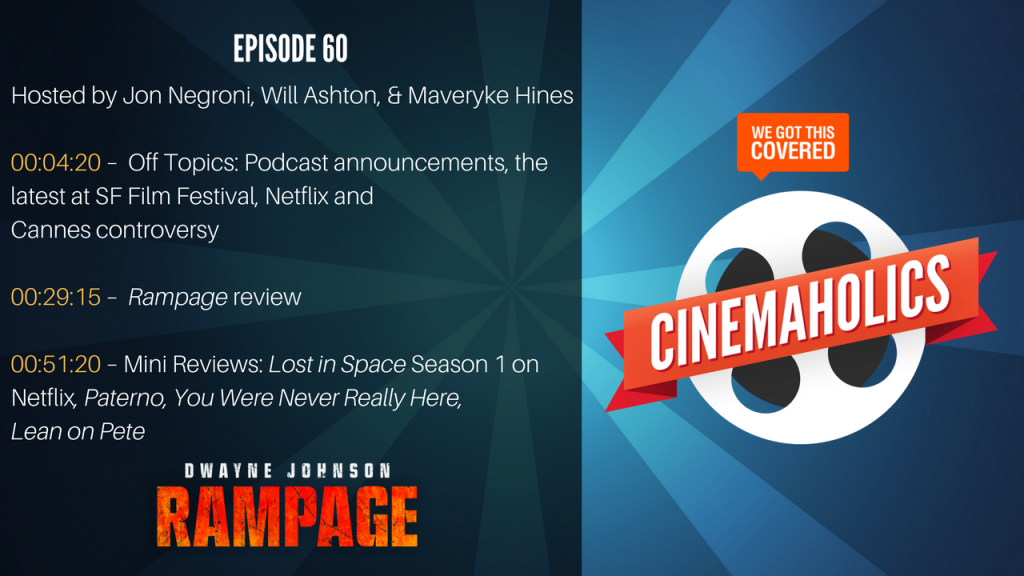 Rampage has been a huge hit at the box office so far (no surprise for a Dwayne Johnson blockbuster), but reviews are about as divided as many expected. Is this the best video game adapted film, so soon after Tomb Raider? If you ask Will Ashton, not so fast. We had a great discussion, but this is a pretty packed episode with other reviews and topics at hand.

I’ve been at San Francisco International Film Festival all week, so I briefly shared my thoughts on a few new movies you might remember from our Sundance episode back in February. I discussed Leave No Trace, Sorry to Bother You, The Guardians, and Eighth Grade (which won honors at the festival). Will and I also spent some time explaining the Netflix controversy related to Cannes Film Festival, which poses some big questions for the future of streaming movies and what constitutes as “true” cinema.

For Mini Reviews, we dove into the new Netflix reboot series Lost in Space, plus a few under-the-radar flicks you might want to check out. Paterno just came out on HBO, which stars Al Pacino as the Penn State coach during the final years of his life. I saw You Were Never Really Here, which stars Joaquin Phoenix and is already a contender for my favorite movie of 2018. And we finished with Lean on Pete, a new A24 film from the director of 45 Years.

Question for you: What is the “best” Dwayne Johnson movie?