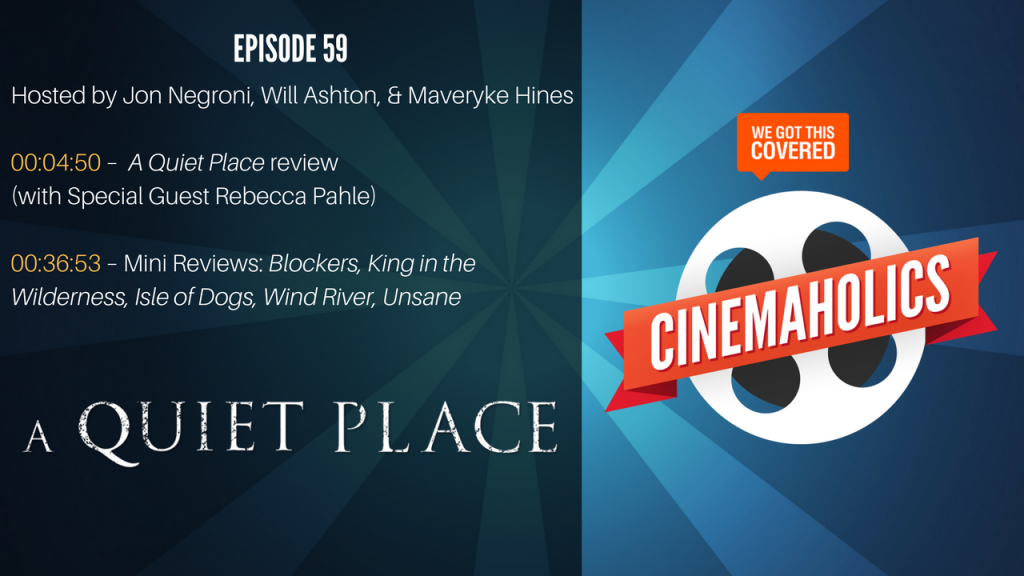 Special guest Rebecca Pahle came on the show this week to help us break the silence on A Quiet Place, a new horror film that’s impressing at the box office and earned an A- from me in my review. Directed by perennial camera-shrugger John Krasinski (AKA Jim Halpert and that guy you actually recognize in the indie movie you’re watching), A Quiet Place is sure to take some moviegoers by surprise with its tense, emotional storytelling, and with Krasinski starring alongside real-life wife Emily Blunt, it’s safe to say this is a film worth talking loudly about.

Later in the show, we reviewed Blockers, a new teen comedy starring Leslie Mann, John Cena, and Ike Barinholtz. I shared my thoughts on King in the Wilderness, a new Martin Luther King Jr. documentary on HBO. Will finally saw Isle of Dogs and Unsane. And Maveryke caught Wind River, a 2017 movie that just hit Netflix streaming.

Question for you: How would you survive in a world where you can’t make a sound? 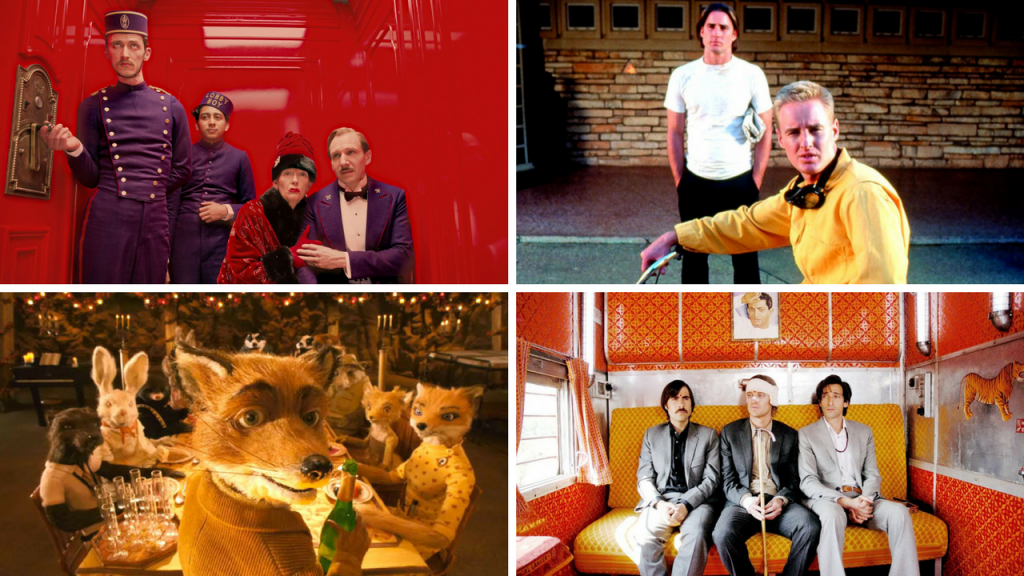 This week on Anyway, That’s All I Got, we decided to tackle Wes Anderson’s entire filmography in a broad, chronological overview. We start in 1994 with the original Bottle Rocket and work all the way forward to the newly-released Isle of Dogs. We all have a variety of strong opinions on his filmography, so this discussion takes some very interesting turns.

Question for you: Are you a Wes Anderson fan? If so, why? If not, why not? Also, do you enjoy our weekly recommendation segment?
Let us know in the comments or email us at ataigpodcast@gmail.com with your feedback.

Go on…The Wes Anderson Episode (Anyway, That’s All I Got)