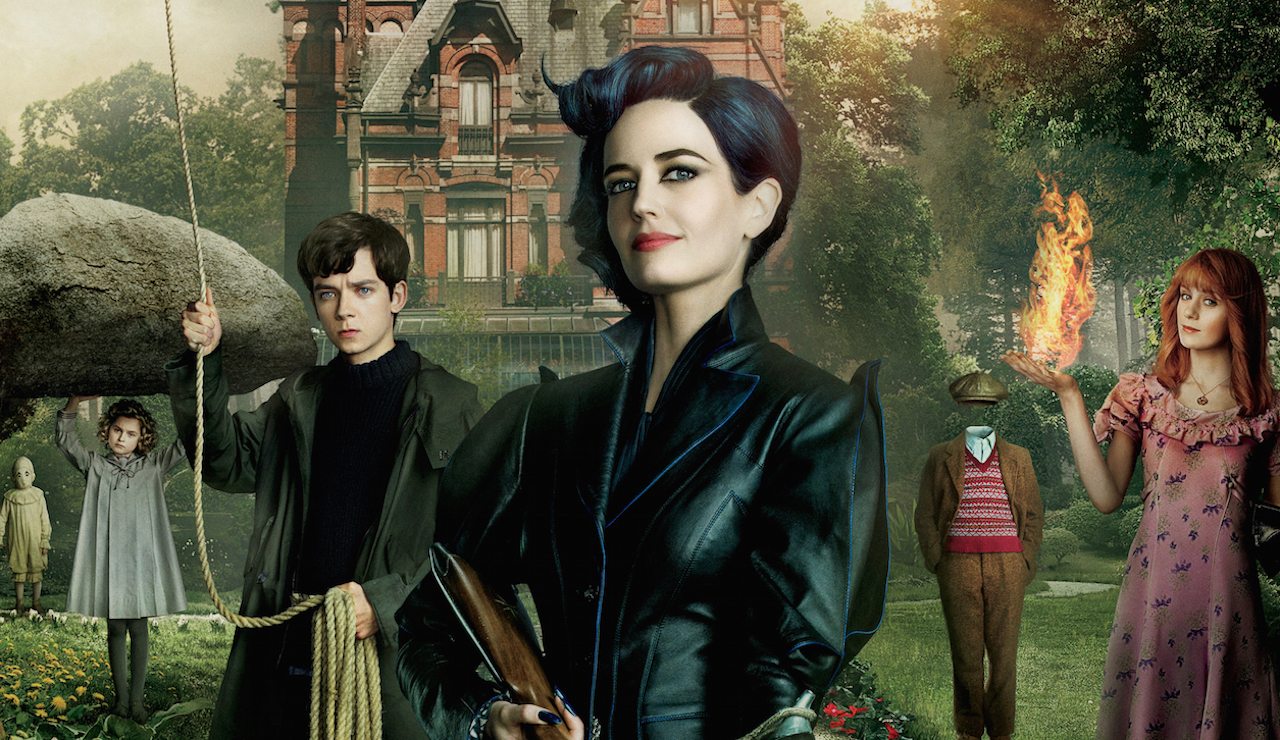 Tim Burton’s latest feature film is based on a recent series of novels by Ransom Riggs that center around supernatural children derived from creepy vintage photographs. Strangely, he adapted these interesting peculiarities into a YA novel, just when the idea of magic children attending a magic school was finally being recognized as a tiresome trope (though not in time to prevent this movie from getting the green light).

The structure is quite familiar, then. An “ordinary” boy from the Florida suburbs named Jake (played weightlessly by Asa Butterfield) seeks out the wreck of a children’s home in Wales in order to find answers for why he saw paranormal demons connected to his grandfather’s death. What he instead finds is the home quite intact, but trapped in an intentional 1943 time loop, governed by an astute headmistress named Miss Peregrine (Eva Green).

As he gets to know the rest of the children at this home, Jake uncovers a host of mysteries associated with the greater “peculiar” universe (this is a franchise movie ripe for sequels, which is clear early on). And he must eventually aid the children in overcoming the same threat that went after his grandfather, and you about know the rest.

There are only a few nice things to say about Miss Peregrine’s Home for Peculiar Children, so it’s useful to get them out of the way. The most obvious standout is the production design, which emphasizes atmosphere over visual effects to a winning degree akin to last year’s big budget spectacles, Mad Max: Fury Road and Star Wars: The Force Awakens. There are classic Burton tricks pulled off here and there, including some delightful stop motion scenes that ironically feel like the most lively elements of the entire film. 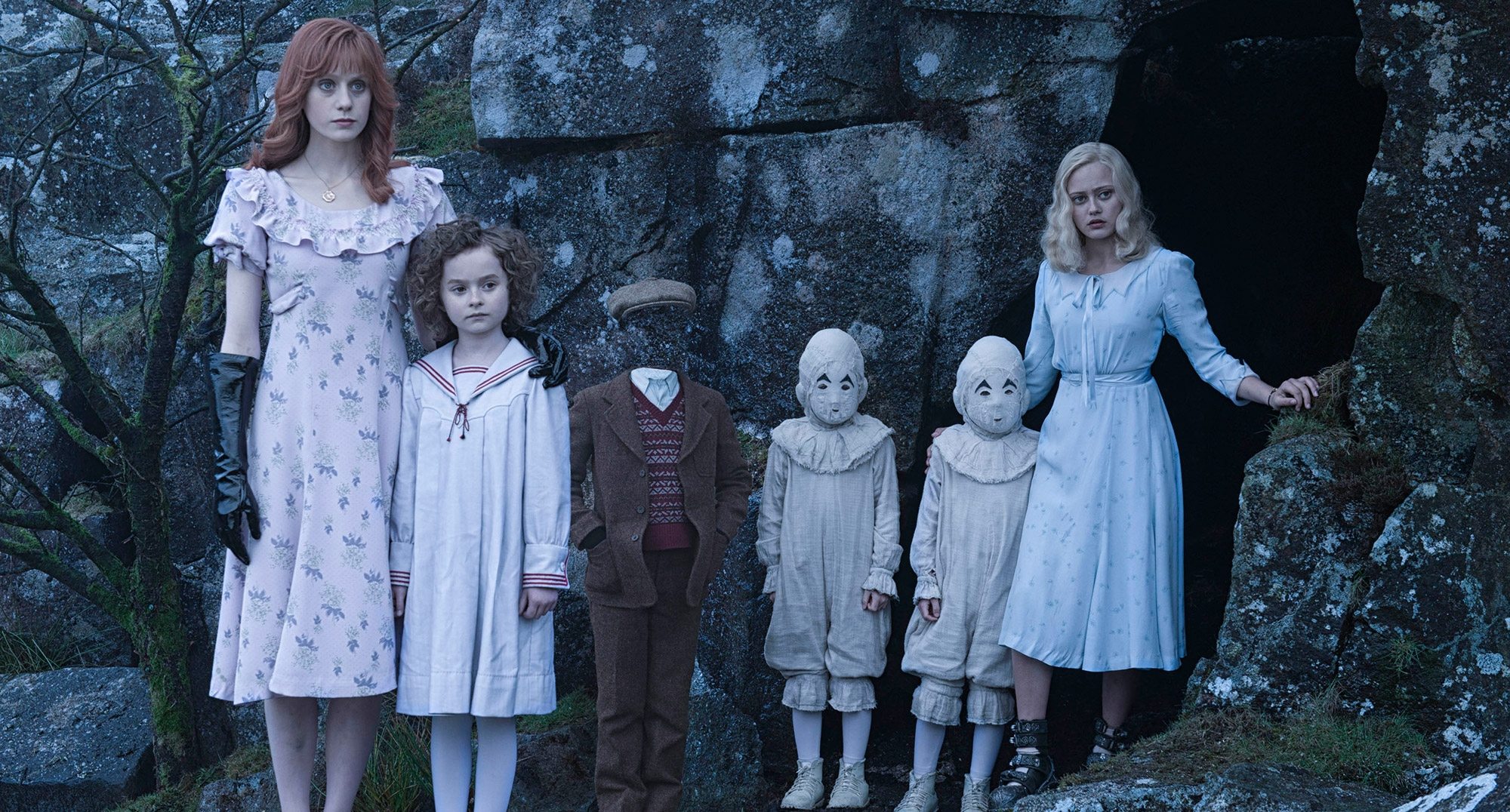 Second, Miss Peregrine herself is probably the movie’s most competent character, even if she is criminally underused. Every scene she appears in dramatically realigns into what Burton apparently was gunning for: campy weirdness that shouldn’t be taken too seriously, except for how beautiful it is. Green sells every line with the sort of vampy expression that makes her one of the best in business, and too good for Burton’s drive-thru character direction.

The rest of the film fails on just about every level imaginable. There’s a fantastic looking world for these characters to live in and create moments for, but it’s all undermined by a horrendous script, massive and noticeable gaps in simple logic, and a disastrously wooden performance from a mostly reactive Asa Butterfield, who rivals Anakin Skywalker from Attack of the Clones in terms of sleepwalking through every line, or stuttering into a sudden bout of expression after probably realizing himself that Burton is giving him nothing.

Simply getting through the entire movie is a chore once you stop caring about the abounding exposition and rules Peregrine tries to dump in its first and second acts, a typical YA book movie flaw that is somehow worse here than in Percy Jackson and Divergent. Never mind that the source material itself is too much like X-Men to give this story any sense of originality or surprise—the movie could have still been salvaged by unique visuals and atmosphere. The real issue is that the script is so bland and unimaginative that you’re forced to fixate on the flaws, especially Butterfield’s acting.

Jake is meant to be our audience surrogate—a way in so we can understand this new world as he does. But the character does little more than ask everyone questions and react stone-faced to most of the answers. The children themselves are rough sketches of interesting ideas, but Burton never commits to making them feel like real people who have to live in an endless time loop (a huge missed opportunity for someone who’s so good at happy melancholy). Their personalities are relegated to their powers, which are useful for some of them about once or twice throughout the whole runtime. 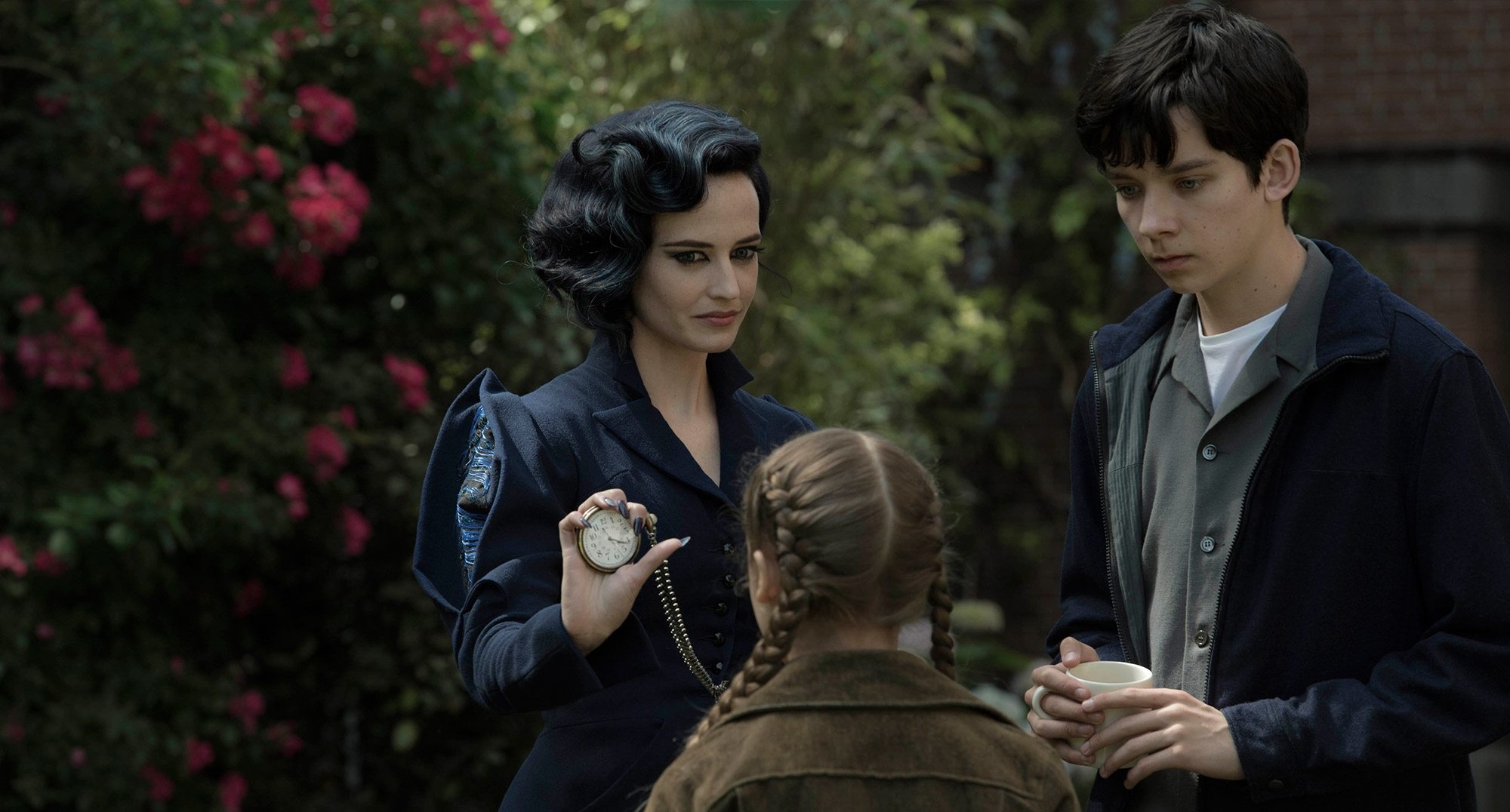 Worse, Terence Stamp, Chris O’Dowd, and Eva Green are granted with great potential to turn the film around, but as noted for Green earlier, they’re underused to a dismal fault, most of them disappearing entirely for long stretches of the film in order to give more time to whatever Samuel L. Jackson was trying to do as “evil peculiar” Barron, who is about as frighteningly incompetent as Jake, oddly enough. Countless times in the film, both the main villain and hero have obvious chances to defeat the other, but they just don’t. They either do nothing or act completely against reason until the resolution finally presents itself, which comes as a relief for all of the wrong reasons.

Miss Peregrine’s Home for Peculiar Children tries hard in some ways, but overall, it’s a travesty of bad storytelling that should either be avoided, or watched on mute.