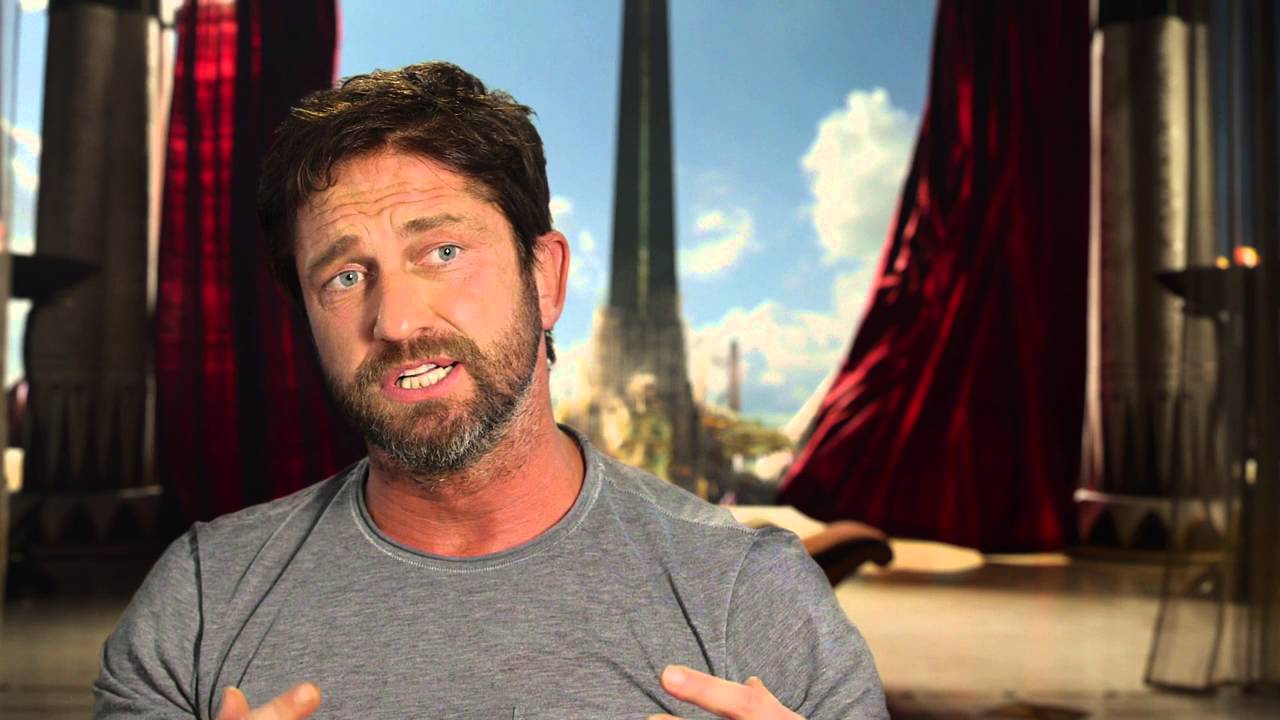 This week, let’s give a big round of Internet applause to sometimes-celebrated actor, Gerard Butler!

JN: Can I call you Gerry?

JN: Gerry, your new film, Gods of Egypt, premieres this Friday — or Thursday depending on how optimistic you are about people seeing it. Are you happy you made this movie?

JN: Really? There’s been some controversy…

GB: Well, I just want to point out—

JN: —surrounding your surfing incident in 2012.

JN: And we’re all happy about that. Do you think it affected the quality of Chasing Mavericks overall?

JN: Next question. People are saying that it’s odd for you to be playing an Egyptian God thing considering your non-Egyptian likeness.

GB: Well, Gods of Egypt is mythology. Not historical fiction.

JN: Please, Gerry, we all know what this is about. How long has this feud between you and Joel Edgerton been going on?

GB: I just don’t understand why he gets a pass for playing Ramses. He’s Australian, which is way farther from Egypt than Scotland.

JN: Well, he did also make The Gift, so I think we like him again. What would you say was your biggest accomplishment of 2015? Besides the DVD sales of How to Train Your Dragon 2.

GB: I spent most of 2015 filming a few new movies that are coming out this year.

JN: That’s right. London is Falling Down comes out next month.

GB: No, it’s London Has Fallen.

JN: How did you react when Brenda Song from The Suite Life of Zack and Cody was cast as your love interest?

GB: Confused, but they changed it so…

JN: Do you blame yourself for Gamer?

GB: No, I blame Ludacris. Can I talk about Gods of Egypt now?

JN: Is that what you really want.

GB: You just phrased that question like a statement.

GB: Gods of Egypt is about characters, you know? And this amazing journey they go on together. One’s a mortal and one’s an immortal—

JN: That’s great and no one cares, but just let me know right now, Gerry. Sequel plans for Phantom of the Opera?

GB: …they learn what life is about and what they can learn from each other. And since you brought it up, it’s akin to the relationship between the Phantom and Christine.

JN: You’re Christine in this case?

GB: No, that would be Nikolaj Coster-Waldau.

GB: Sorry, the Game of Thrones guy. Anyway, it’s fun to be the villain in Gods of Egypt. I get to be such a  badass again.

JN: He reminds me of your character from The Ugly Truth. Wow, how many movies have you done, Gerry?

JN: Would you say that your character in Gods of Egypt is a personified weapon?

JN: Ha, well then I just won a bet. Hey Adonis, get over here.

JN: I was right the other day when I said Gerard Butler thinks of his character in Gods of Egypt as a weapon personified.

AG: Is that him over there?

AG: Why does he look so angry?

JN: We were just talking about…

GB: Can I talk about my character, Set, again?

AG: No, Jon. He’s clearly the god of volleyball.

JN: Then he would be the god of matches, DONIS.

GB: He’s the god of darkness!

GB: Fine, his name is Seth. Now, his best aspect is how—

JN: This is a real character? Seth, I mean.

GB: What, the fact that this movie set in Africa stars two white guys?

AG: No, calling him Seth.

GB: Fine, whatever. Set or “Seth” is the god of storms, the desert, and overall disorder.

GB: It’s an array of things.

JN: (whispers to Adonis) more like the god of confusion.

GB: Anyway, Set is just a bad dude and longtime rival of Horus, god of the sky.

JN: He’s the bad guy in the movie?

GB: (coughs) Well, uh, thank you. Horus is represented by a falcon, and they nail that aesthetic with…with uh…

JN: Is there any…(laughs)…room for romance between your characters?

GB: Seth is a dangerous and powerful ruler! He doesn’t love anyone!

JN: (leans over to Adonis) Formulaic.

GB: What makes him unique is the sadness I bring to the character, because he’s very tragic.

JN: Mr. Butler, thank you so much for coming on No More Questions. Can’t wait to have you back for London is Falling Around.

12 thoughts on “No More Questions: Gerard Butler from ‘Gods of Egypt’”