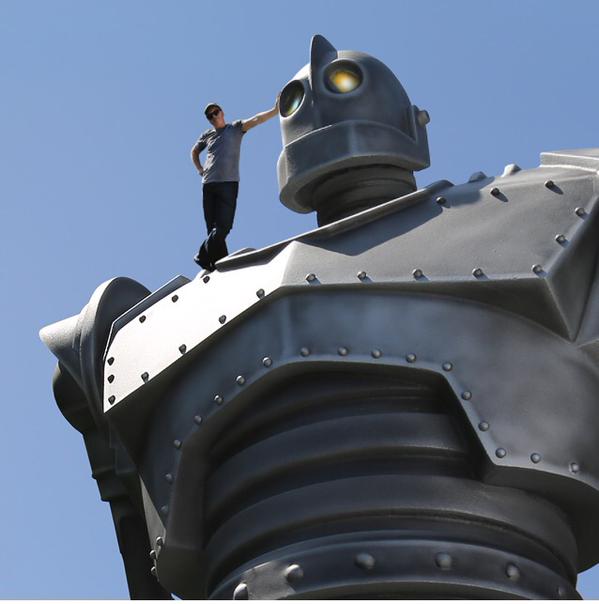 Brad Bird — the director of the 1999 animated cult classic, The Iron Giant — announced today via Twitter that the aforementioned film will be rereleased as “The Signature Edition” in select screenings between September and October of this year.

The kicker? The film is now 10 minutes longer with never-before-seen material. It’s essentially a director’s cut with two new scenes.

Of course, not everyone will make it to the screenings, but it’s likely that the Signature Edition will be packaged as the Blu-Ray release we’ve all been waiting for. This will also be the perfect way for longtime fans like myself to introduce The Iron Giant to a younger generation.

You can check out Fathom Events to attend a screening and for more details. We’ll also learn a lot more, as Brad Bird suggests, about all of this as San Diego Comic Con gets underway. 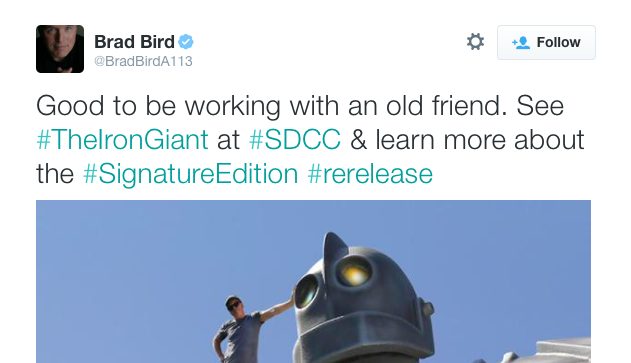