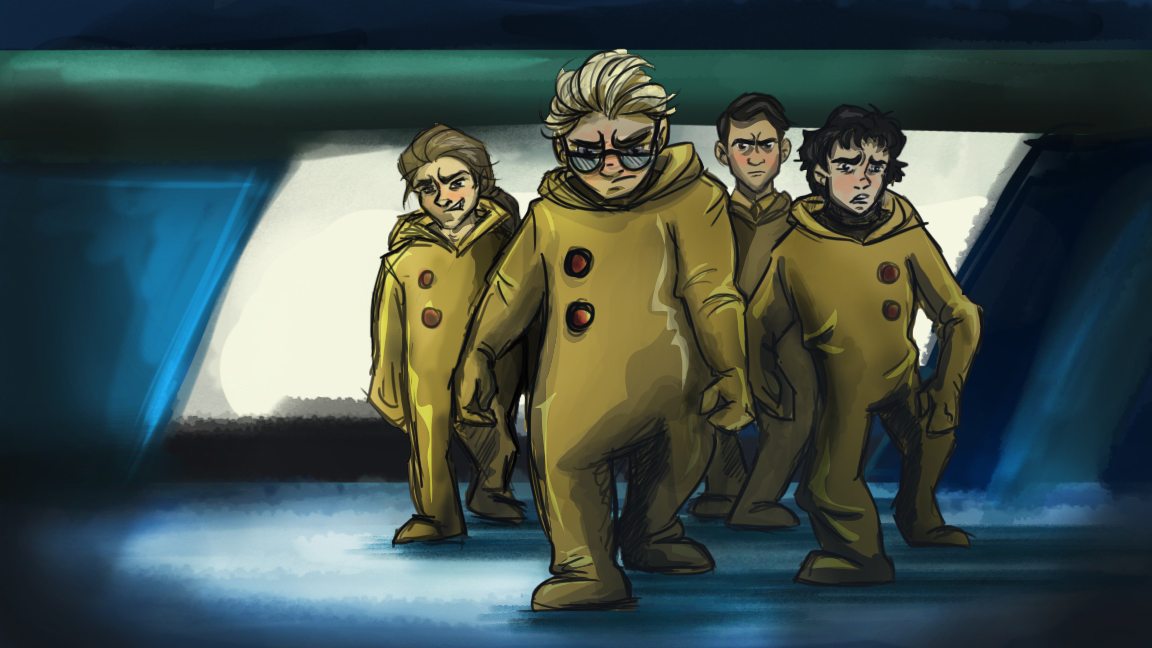 After a confrontation between our heroes and the mysterious “babysitters” (Cara and Logan, accompanied by Pixar University students Rudy, Madus, and Cochran), the two groups were scattered through time.

Most of them ended up in Monstropolis, including Wallaby and Mr. Sumner, who were imprisoned by the Child Detection Agency with Rudy, Madus, and Cochran.

Meanwhile, Sadie and Logan have temporarily joined forces to survive the brutal world of monsters. With their disguises, they’ve managed to steal food from various houses to keep themselves alive, but how long can it last? Find out!

Thanks for reading! What did you think of Chapter 16?