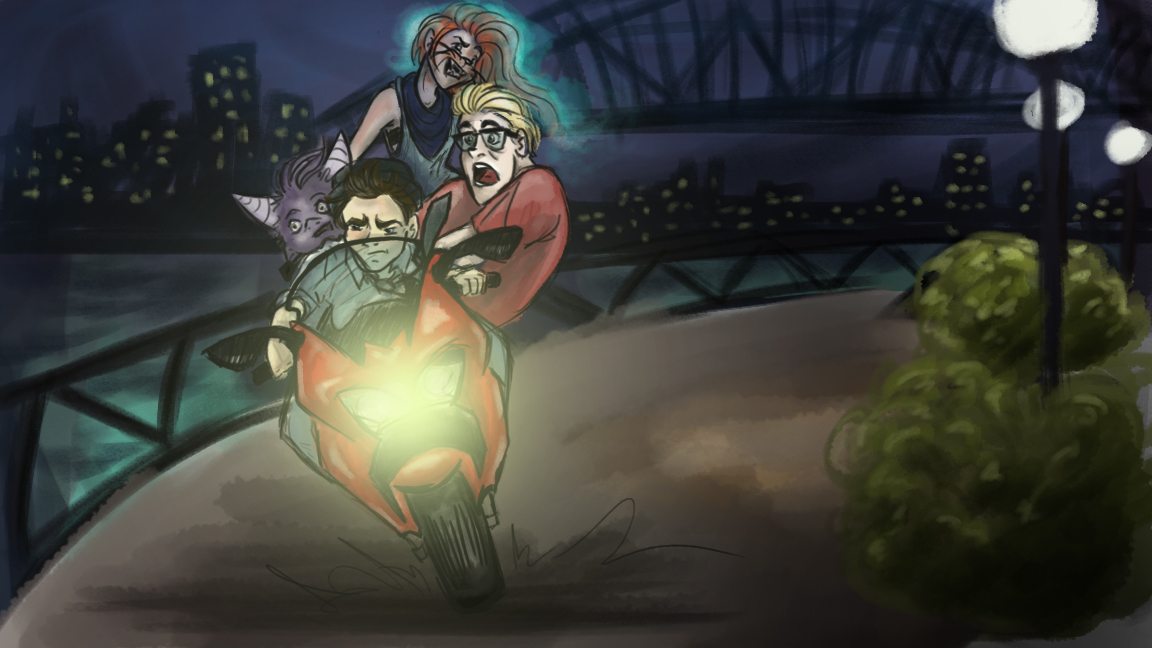 Meanwhile, a “Hero” named Logan has teamed up with students from Pixar University to initiate a 2319 — an invasion of the monster world — in order to stop the monsters from strategically abducting children.

Thanks for reading! What did you think of Chapter 13?

48 thoughts on “The Pixar Detective, Chapter 13: “The Babysitters””