Stevin, Alec and Wallaby continue their perilous search for Mary, who has presumably gotten lost in time. Along the way, our gang finds themselves in 1935, tracking down the past version of the only person who left a trace in Mary’s room, where she was last seen. Only, it’s not a person. Our heroes have found someone who claims to be a monster from another world. His name is Mr. Sumner, and he claims that in a mysterious government facility, he was forced to engage in experiments meant to transcend time. To find out what happened to Mary, the gang must take Mr. Sumner to this facility and find a way to communicate with his future self. 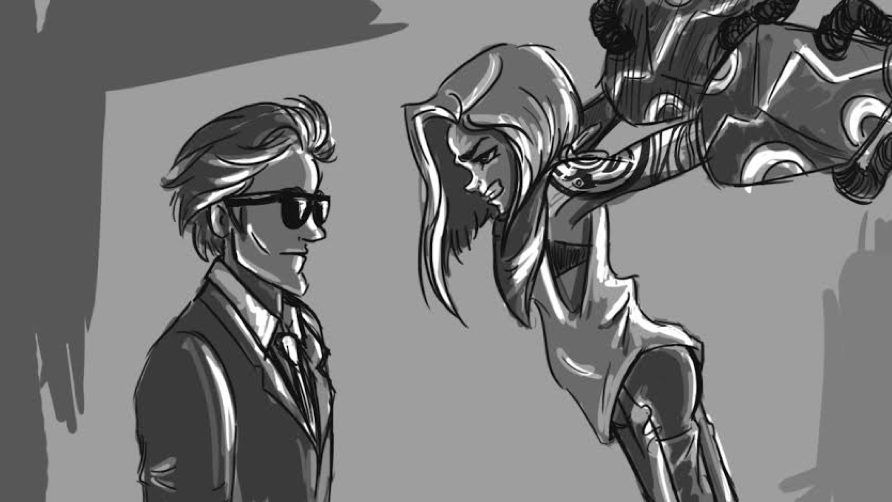 Meanwhile, a villainous mastermind who simply goes by “The Maestro” is concocting a plan to create an army of “supers.” His prime research subject is a young girl named Sadie, who has a mysterious power known as Dominion. The Maestro has placed three new agents on an unknown mission surrounding this experiment: Willem, Flo, and Peaches. And, of course, their mission takes place within the same government facility our heroes are about to invade: the Hexagon.

Why is this government facility called “The Hexagon?” You may have guessed that it has a lot in common with “The Pentagon,” which is the real-life headquarters of the U.S. Department of Defense. Of course, the Pentagon itself wasn’t built until the 1940s, as opposed to the fictional Hexagon that takes place within a city called Metroville (sound familiar?) in 1935.

25 thoughts on “The Pixar Detective, Chapter 8: The Hexagon”