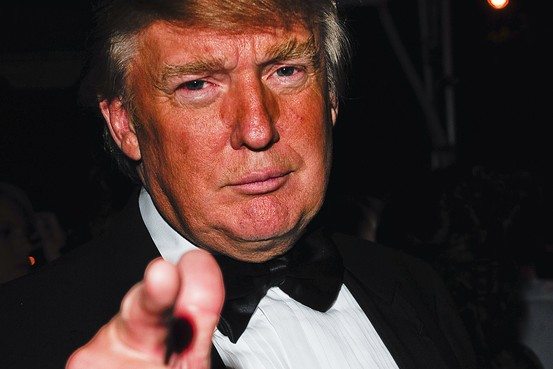 I say “probably” because hey, anything can happen right? That said, the odds that this will actually change anyone’s mind or perception of Obama is rather slim.

Here’s the context. For days, Donald Trump has been hinting at a big “announcement” he would make today (Wednesday). Many speculated on uncovered divorce papers while some even argued he was revisiting Obama’s birth certificate. Turns out, the notorious Trump is offering $5 million to the charity of Obama’s choice if, and only if, he releases his respective college transcripts, including his passport.

This request comes from the notion that the president is hiding a shameful record of low grades during his time at Columbia University. Here’s the thing though: Obama has already admitted that his grades were mediocre during his time there in his book, “The Audacity of Hope.”

Of course, this raises the valid question of why his records are sealed in the first place. Even if he had poor grades, that would change few minds about reelecting him since this happened decades ago. As some have pointed out, however, poor grades mean that Obama could never have gotten into Harvard Law School or kept up scholarships that would have to pay for his education since he did not come from a wealthy background. So, what exactly could the president be hiding?

The real point, however, is that this would change nothing. Obama will never release his college records at the request of a private citizen. That would be political suicide unless he has a sterling record, which is highly unlikely given that he sealed them and because of the points above. Obama will play this off as “political football” and let his constituents attack Trump for him as his advocates. That is the obvious strategy that will inevitably make this issue fizzle out. Some more people will hate Trump. Some more people will distrust Obama. That’s about it.

That is, however, unless something completely unpredictable happens between now and October 31st, which I am all for.