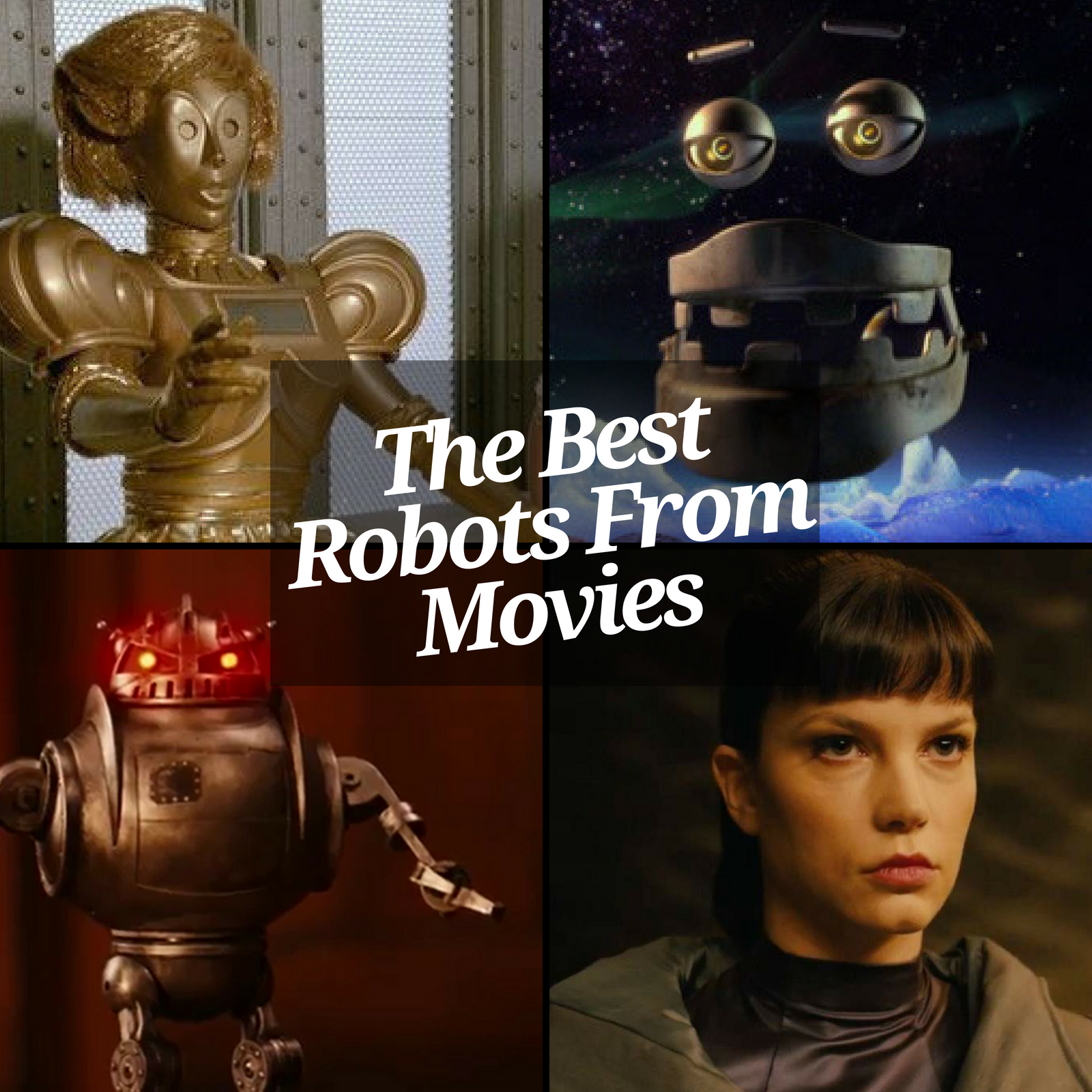 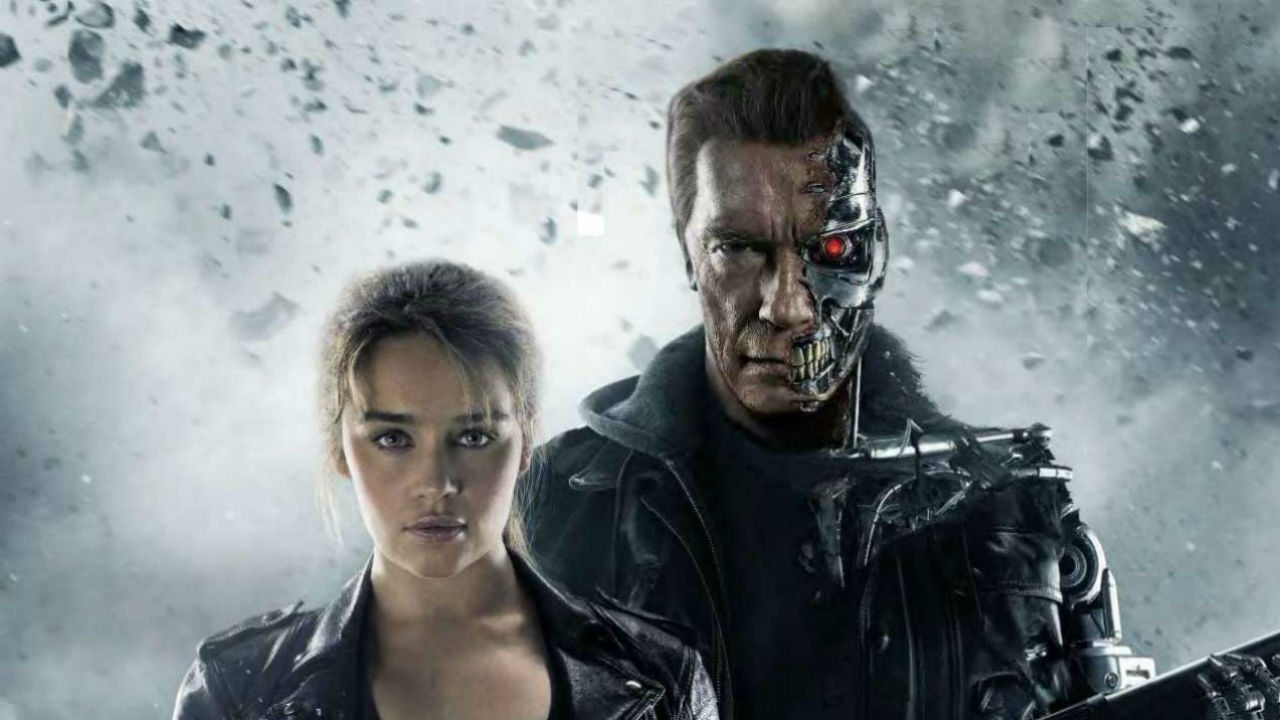 For the podcast this week, we all ignored our families to talk about a failed franchise about time travel and robots, as well as Channing Tatum’s abs. That’s right, we review Terminator Genisys and chat about Magic Mike XTRA XTRA LARGE.

We also cover a ton of entertainment news and new trailers that came out. I’m joined by Maria Garcia (who has a sore throat this week), Adonis Creed Gonzalez, Mike Overkill, and Kayla Savage.

QUESTION OF THE WEEK: Should we dislike Shia LaBeouf?

Go on…Terminator Genisys Review, Should We Like Shia LaBeouf? 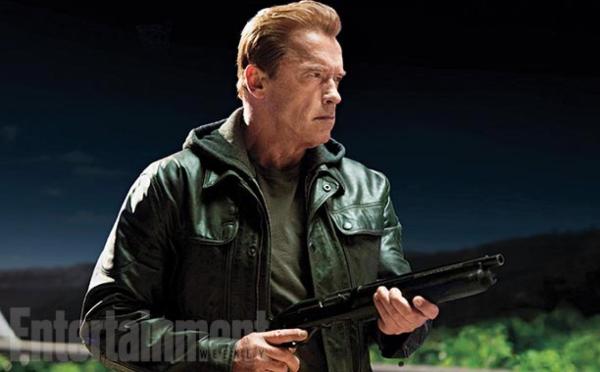 Part of the challenge is to ­dazzle people with something they haven’t seen before,” director Alan Taylor says. “There are elements in our main villain that are straining the capacities of our brilliant visual-effects people. So that’s a good sign.”

I don’t see how bringing back Arnold “dazzles” anyone. Especially since it’s something we have seen before. Of course, they sort of give away who the new villain is in this spoilery article.

I’m also surprised to see that Emilia Clarke (the Mother of Dragons, herself) is anywhere near this project. The storyboards alone point to this movie being a mess.

I could be wrong, but I have a feeling that Terminator: Genisys will be a lot like its new title. New, but unnecessary. Pop Quiz: What’s the most anticipated movie of 2015?

The answer is too many. See, 2015 is shaping up to be a big (and I mean big) year for movies, and the list just keeps growing.

Below are just the 15 we know about: (in no particular order)

The story so far is that the final movie in the “Hunger Games” franchise will be a two-parter. Because hey, if it worked for Harry Potter, then it works for Katniss (Catness).

The world’s finest are officially teaming up in 2015. I’m sick of talking about it too.

Based on the video game responsible for ending millions of relationships, Warcraft is currently in pre-production and has been announced as a 2015 title. I’m skeptical on whether or not this will translate well to film, but the lore is definitely rich enough to craft (unintended pun) an immersive fantasy film.

Like I said, it’s going to be a big year.

I know what you’re thinking. Of course the Pixar Theory guy brings this up. Well leave me alone! You know you want this too. Besides one other movie, this is the only non-sequel we know Pixar is working on and the concept is awesome and original.

It’s apparently about an amazing world that exists within the mind of a 12-year-old girl, who is probably Boo fingers crossed.

Even non-gamers have probably heard about this (maybe?), so I have high hopes for Hollywood’s next attempt at nailing a video-game adaptation. What they’ve got going for them so far is Michael Fassbender on the cast, but we don’t yet know how they’re going to handle the story.

All we know for sure is that Desmond and the Animus will be the driving force of the plot, which is unfortunate. That was easily the weakest aspect of the games, at least later on, but I understand why they want to run with this interesting premise of a man living as his ancestors and getting wasted with Leonardo DaVinci.

Maybe it’s just the nostalgia talking, but I’m weirdly excited about this. It’s in 3D so it will probably make the TV movies look like District 9 (I’m bad at comparisons), but the Peanuts characters definitely deserve to finally hit the big screen.

I’m pretty sure I could just stop the list here…

This will be the “other” Marvel movie coming out in 2015, but don’t expect it to get lost in the shuffle. It will be coming out in November, a month usually devoid of superhero action, and will be directed Edgar Wright

But Jon, who is Edgar Wright and why should I care?

Well inner dialogue, Edgar Wright has directed multiple movies and cult classics, such as Shaun of the Dead, Hot Fuzz, Scott Pilgrim Vs. The World, and the recent film, The World’s End. We like this guy, basically.

Before Ghost Protocol, a sequel to the now 20-year-old Mission Impossible franchise wouldn’t have caused much excitement. But now we know just how good these spy thrillers can be, so let’s hope Ethan Hunt’s next outing lives up to the last.

Technically, Dory has already been found (in our hearts), but that doesn’t mean the Finding Nemo movie will fail to make millions cashing in on our love for aquatic mayhem and feels.

The follow-up to Skyfall, considered to be one of the best Bond films of all time, will also be vying for our attention come 2015. Daniel Craig is set to reprise his role and Sam Mendes will also be returning as director.

The pressure is surely on, as the duo must be able to live up to the success of Skyfall, which may not be easily done.

Yes, I am one of those moviegoers that was forced to see this movie by attractive females and then walked out loving it. It was more funny than cheesy, although barely, and it has really picked up a rabid following thanks to word-of-mouth and meme culture. I’m expecting the sequel to make a bigger splash.

I only care because Arnold has personally announced his involvement, though I’m taking that news with a grain of salt. Though I’ve never been much of a Terminator fan in the past, I don’t doubt this will be a big deal in 2015.

So I panicked because 15 is a cooler number than 14, so I scavenged the depths of the internet to find another movie coming out. It was between Pirates of the Caribbean 5, Independence Day 2 and a new take on Cinderella, so feel appreciative.