On top of that, some are complaining that the initial teaser raises far more questions than answers, and the conversation has turned to questioning whether or not teaser trailers make much sense in the halcyon age of the internet, when most people primed to get excited about a new Pixar film have known about this new Pixar film for years, and are thus hoping for a teaser with a bit more substance.

But underneath the surface, Pixar is saying plenty with these trailers. Rather than explain the plot in a teaser more akin to Detective Pikachu (which faces an uphill battle in having to justify its existence even more fiercely), Toy Story 4 has more room to make its case with subtler visual storytelling.

We also have a new synopsis:

Woody has always been confident about his place in the world and that his priority is taking care of his kid, whether that’s Andy or Bonnie. But when Bonnie adds a reluctant new toy called “Forky” to her room, a road trip adventure alongside old and new friends will show Woody how big the world can be for a toy.

Obviously, a lot of conversation about this teaser so far has revolved around “Forky,” a new character with some troubling implications (voiced by Tony Hale). We’ll get to Forky in a moment, but let’s just focus for now on the initial “sell” of this trailer. What is Pixar sneakily trying to tell us?

The wall behind the characters is the first giveaway that Pixar wants viewers to feel comfortable. They’re watching something familiar in that clouded wallpaper representing the “big outside world” for these toys. The animation itself looks clean and cutting edge, even though we recognize all these characters from eight years ago. But the wallpaper is still the wallpaper we’ve seen since 1995. That hasn’t changed.

Next, a bright light in the upper left corner represents the “bright” days ahead for these characters, plus the fact that the plot revolves around a road trip, so Woody and the gang are leaving the confines of Bonnie’s house.

The real kicker for this teaser, though, is how pleasant and happy everyone looks. The gang’s all here! And they’re smiling. They’re happy they’re getting another movie! Why aren’t you? This is what Pixar wants you to think about instead of sulking in the prospect of a bad Toy Story sequel, or one that is tainted by the ousted John Lasseter, who pitched Toy Story 4 as a love story in dedication to his wife. 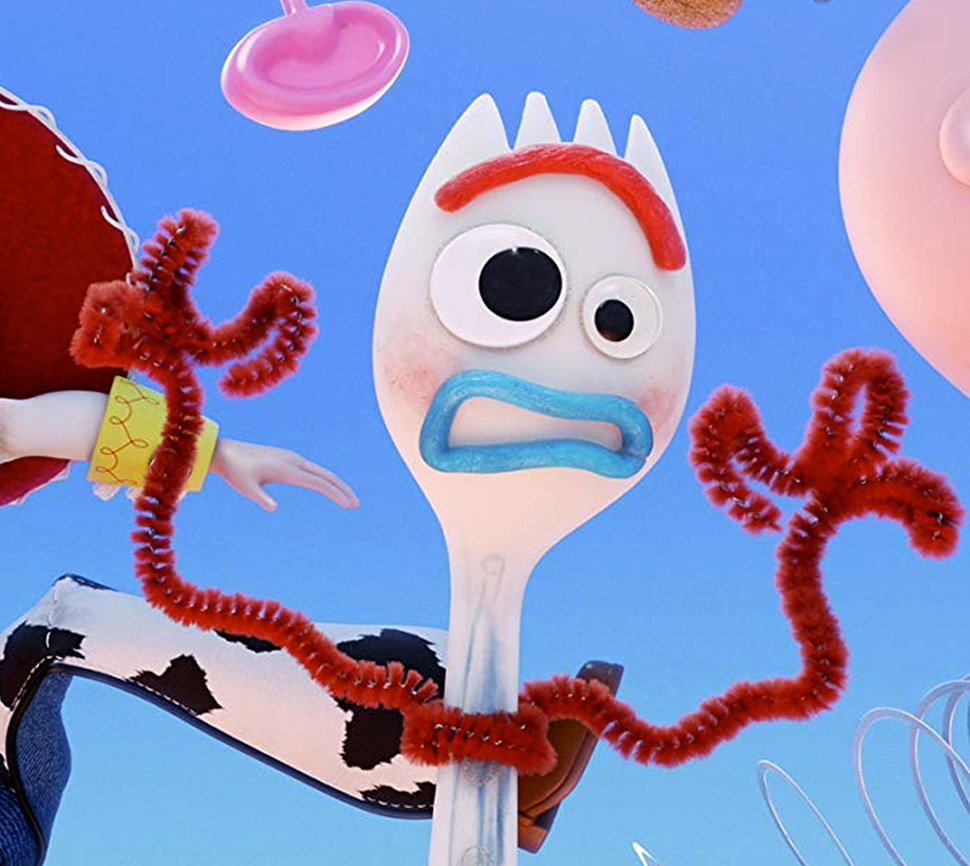 Last, the teaser gets to Forky (or “Toy Story Fourky?”), who quite literally represents a fork in the road for this franchise. He’s really a spork, and the character poster for him emphasizes that exact joke, but more importantly he represents what’s “new” about this new Toy Story. It’s not just the gang coming back together for another adventure. There’s a new character with perhaps some new rules and new ways to think about the Toy Story universe.

Forky is a product of Bonnie’s imagination. She made a toy. We haven’t seen Pixar address a concept like this since maybe Sid, but even then he “spliced” toys together. Bonnie, using just her wit and maybe a DIY YouTube tutorial video put some materials together and created a plaything of her own. While the previous Toy Story films have dived into the existential crises these toys have faced when it comes to “endings,” Toy Story 4 interestingly raises the question of reinvention and rebirth as the start of something not just new, but better. Growing up can mean new beginnings, not just sad goodbyes.

That’s…actually a brilliant idea. Who wants another Toy Story film having to reckon with the three-arc structure of the first trilogy? Toy Story 4 can instead represent the next phase of Woody and Buzz “coming of age.” As in, saying goodbye to one another and going their separate ways. But again, this can be viewed as a rebirth, or the start of something new, similar to what it’s really like when someone steps into adulthood, when you have to leave your friends and they have to leave you. Perhaps this is where Bo Peep comes in, as she’s Woody’s new “partner” going along with him on a new journey that Buzz and Jessie can’t follow them on.

This teaser establishes the togetherness of the gang, all holding hands to the noticeable throwback tune “Both Sides Now” by Judy Collins, only for them to symbolically break apart when a new “toy” enters the mix, screaming that he “doesn’t belong here.” The writing here is no accident. Pixar seems to be promising a theme of “belonging” making its way into Toy Story 4, and that may be the impetus for a third act that breaks the gang up forever, explaining those reports of Tom Hanks getting so emotional when voicing his final lines for the film.

For a lot of viewers, this will hit a raw nerve considering the recent passing of Don Rickles, in particular. Nothing lasts forever, which is what we learned in Toy Story 3. In Toy Story 4, perhaps not even friendships last forever. But that doesn’t have to be a bad thing. Forky was a spoon and a fork, combined to be something better than one or the other. But with Bonnie’s imagination, he’s even more than his initial purpose seemed to be. The same can be said of love, and people becoming “one” with their spouse. And therefore, maybe, a little better than before.

So yeah. Forky isn’t just a gag character, he’s the comedic entry point for the film’s various themes, which director Josh Cooley (co-writer and story artist for Inside Out) has explained:

“The world of Toy Story is built upon the idea that everything in the world has a purpose. A toy’s purpose is to be there for its child. But what about toys that are made out of other objects? Forky is a toy that Bonnie made out of a disposable spork, so he’s facing a crisis. He wants to fulfill his purpose as a spork, but now has a new toy purpose thrust upon him.”

And then there’s Ducky and Bunny, who show up in what Pixar calls its “Teaser Trailer Reaction” to Toy Story 4.

From the trailer description:

Woody’s journey in “Toy Story 4” includes a visit to a carnival where he meets Ducky and Bunny, two carnival prizes who are eager to be won. But when their plans are rudely interrupted by Woody and his friends, they find themselves on an unexpected adventure with a group of toys who have no idea what it feels like to be tacked to a prize wall.

Keegan-Michael Key and Jordan Peele voice these characters in what is essentially an animated parody of the hilarious valet sketch, in which two carnival toy prizes joke about the teaser we just watched and then get to meet Buzz and Woody in “person” a moment later, only to make fun of Buzz’s catchphrase.

It’s cute and a bit more straightforward than the initial teaser. It’s an attempt to adapt the Pixar brand into the evolving form of “trailer reactions” that center around the excitement building up for the content without actually having to reveal any content. But at the same time, we get introduced to two new characters (who have their own character posters) and get a sense for the comedy Toy Story 4 might present.

Peter Sciretta of Slashfilm made the interesting comment that the comedy in this second teaser reminded him of Illumination, the makers of the Despicable Me and Minions films. His point is thoughtful because this “reaction” teaser is certainly contemporary and matches that pop culture vibe those Illumination films have built huge success on, but for many, it’s just not the “Pixar feel.” I’m not as worried, simply because this really is a meta-trailer, not exactly a taste of the film itself. It resembles the same vibe of “characters knowing they’re in a movie” that we saw in the initial teasers for Toy Story 3.

All that said, I don’t blame anyone for feeling cautious about Toy Story 4 at this point. There’s more than one reason to expect the worst, or maybe even something safe and mediocre, which could possibly be just as bad. But there are also plenty of reasons to expect something truly special and out of the box, even for Pixar. If these trailers tease at least one thing successfully, it’s that Pixar is definite trying something a little different, both in the story and how it’s marketed. And that certainly bodes well for a franchise that has always thrived off of big and bold ideas. 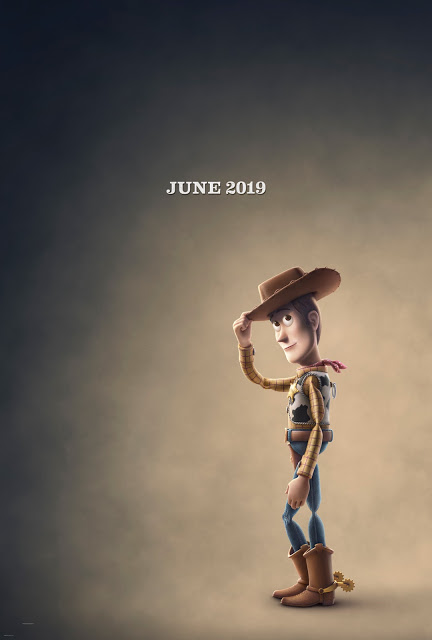 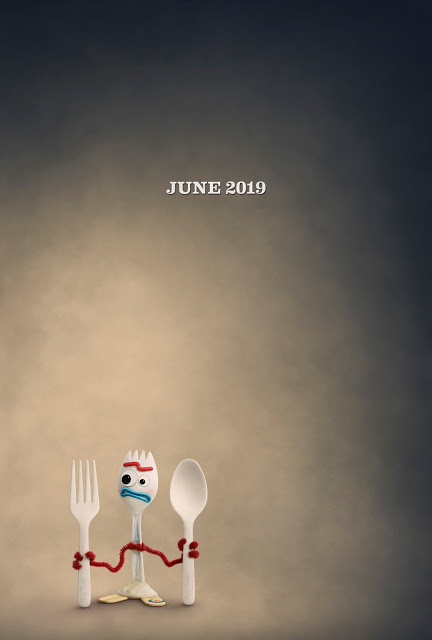 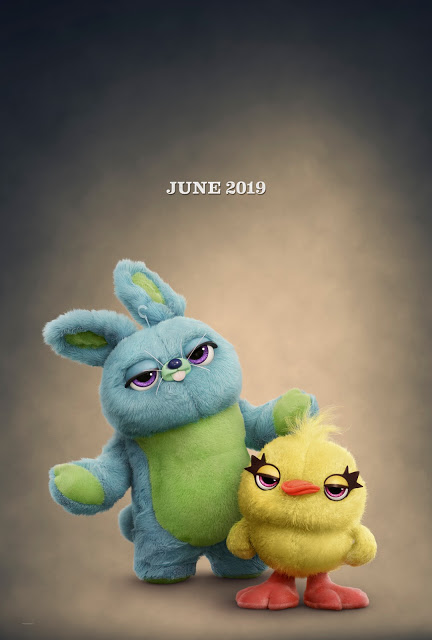 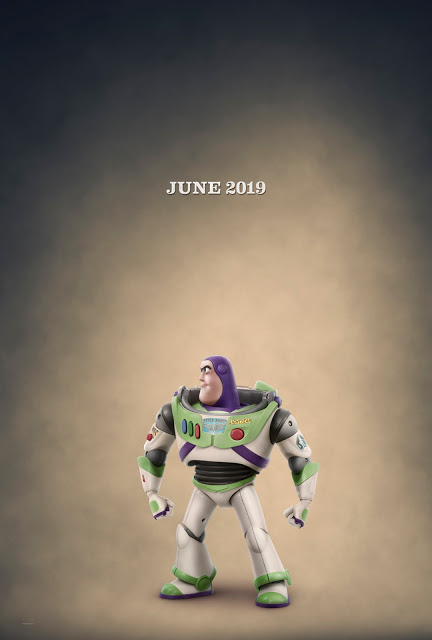 Did these Toy Story trailers come alive for you? Let me know in the comments.