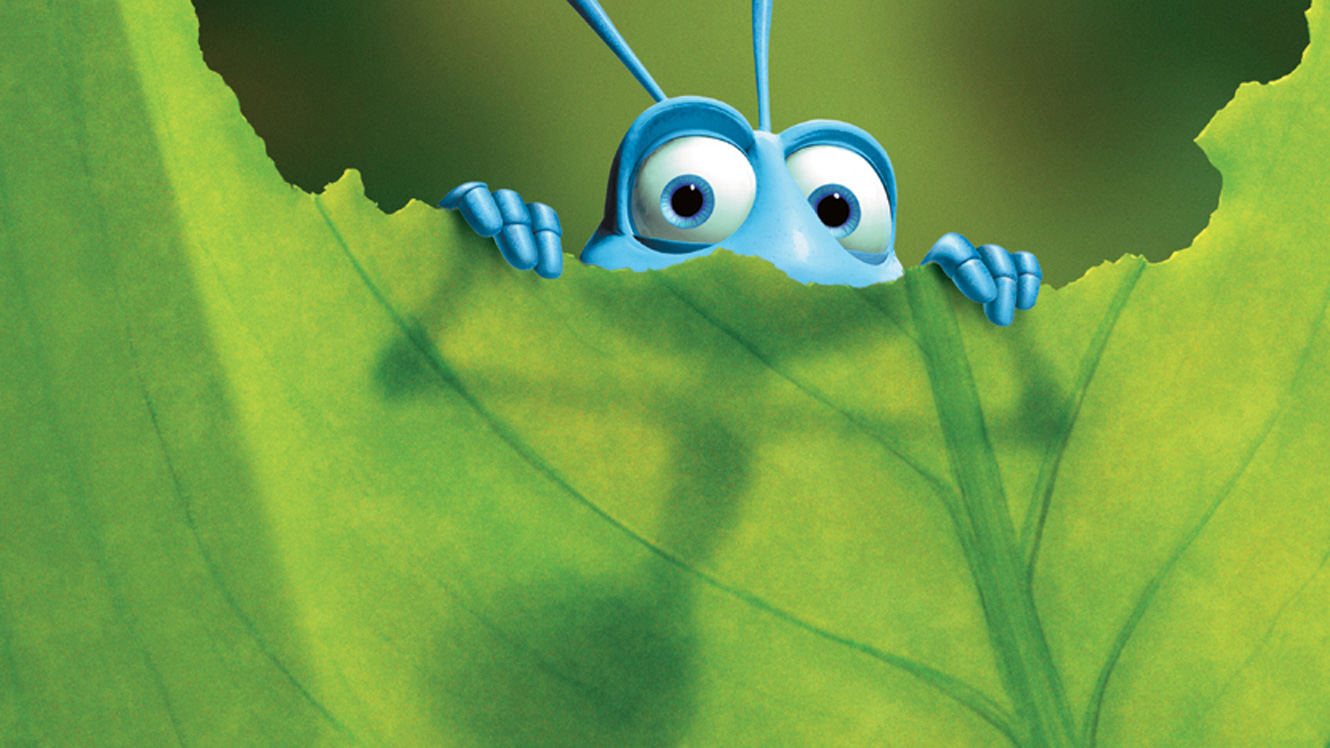 HEADLINE: A Bug’s Lie: Inside The Ant Infestation That Ripped 2 Studios Apart.

This isn’t really a negative Snarcasm, by the way. I’m really just here to shill for Bill Bradley’s comedic timing.

It was a personal rivalry that blew up into a corporate war involving both sides duking it out using some of the most state-of-the-art, never-before-seen economic weaponry of the time: animated ants.

And yet how much have things changed…really? These days, studios ripping off each other’s ideas and racing to the box office to win public opinion happens faster than you can say Rio, Newt, Sharktale, Just Keep Swimming, Flushed Away, Anyone Can Cook, Book of Life, and Remember Me (Lullaby).

Twenty years later, the bitter battle between “A Bug’s Life” and “Antz,” when two studios released remarkably similar stories about ants who defied conventions to save their respective colonies, seems all but forgotten.

Wishful thinking, BB. At the Negroni household, debates about Trump are still on a moratorium until we get to the bottom of Flik vs. Woody Allen.

But now it appears there’s a new twist in the tale, and it comes from an “Antz” writer (who’s also the director of the new spy movie “Operation Finale”), Chris Weitz.

I love it when an article reveals the google search origin of its premise.

For those who aren’t privy to the backstory of the bug brouhaha, the drama reportedly started in the mid-1990s, when Jeffrey Katzenberg ― who helped champion classic Disney animated films such as “Beauty and the Beast,” “Aladdin” and “The Lion King” ― wasn’t named as then-Disney CEO Michael Eisner’s second in command.

Long story short: Eisner assumed power over Disney after Frank Wells died in a helicopter accident and swiftly fired Katzenberg for reasons that are straight outta The Lion King. BB cites a full explainer on this whole debacle by THR that you should definitely give a look if you’re into boardroom dramas from the 90s not starring Calista Flockhart.

As BB explains, Katzenberg goes on to cofound DreamWorks with David Geffen and Steven Spielberg.

And here’s where things start to get a little antsy

After Katzenberg co-founded DreamWorks, the company announced that one of its first animated films would be “Antz,” about a militant ant colony radicalized by one intrepid worker bug.

Spoiler alert: Antz would be the first animated film from DreamWorks, not one of the first. But we’ll get to that.

But Disney collaborator Pixar already had “A Bug’s Life” on the way, an animated film about an ant colony forced to serve a militant grasshopper society until one similarly intrepid worker bug steps in.

Yeah, sure, but with Kevin Spacey instead of Woody Allen! Oh…

According to Pixar Animation’s Steve Jobs and John Lasseter (who’s now leaving Disney after allegations of misconduct), they pitched Disney the concept before Katzenberg left the company.

“There’s no disputing the fact that the day Jeffrey left Disney, he knew we were making ‘A Bug’s Life’; he knew what the story was and everything else,” Jobs told Entertainment Weekly.

Of course, Katzenberg has always denied this, as BB points out:

the Los Angeles Times reported that film producer Nina Jacobson, a former DreamWorks executive and later president of Disney subsidiary Buena Vista Motion Pictures Group, said she was the one who pitched the ants idea to Katzenberg.

Still, DreamWorks’ buggy story has a fly in the ointment.

According to a BusinessWeek story, Lasseter pitched “A Bug’s Life” to Disney on the very same day that the company announced Katzenberg’s departure. So, sure, it’s possible that Katzenberg hadn’t known about the idea when he was a Disney employee. But Lasseter allegedly told Katzenberg “all about ‘Bugs’” when the Pixar creator visited him at the DreamWorks offices in 1995 ― and that it was set to hit theaters in Thanksgiving of ’98.

Here’s where it gets really interesting. That BusinessWeek story came out in 1998, and it’s got some wild claims. It basically confirms that Disney was considering a “bug” movie all the way since the late 80s, and the ants vs. grasshoppers structure of A Bug’s Life was pitched by Andrew Stanton (who would later direct Finding Nemo) and Joe Ranft (one of Pixar’s founding writers and co-directors who sadly passed away in 2005). The writeup also laughably points out that for a while, Katzenberg apparently loved Pixar, even though he had beef with Disney.

That said, the appearance of friendliness on Katzenberg’s part has always been a decent explanation for why Lasseter let himself blab about A Bug’s Life to a competitor.

From the BusinessWeek story:

Lasseter does say, however, that he smelled a rat when he began reading about Dreamworks’ Antz project in trade magazines. He claims he called Katzenberg and said: “Jeffrey, how could you?” He claims Katzenberg “hemmed and hawed,” and then admitted he was making Antz. “I couldn’t believe it,” says Lasseter. “He started talking about all this paranoid stuff about conspiracies — that Disney was out to get him…. He said he had to do something. That’s when I realized, it wasn’t about me. We [Pixar] were just cannon fodder in his fight with Disney.”

Now, we’ve known about this betrayal for a long time. In some ways, it paved the way for some of the most contentious rivalries between animation studios in regards to the best ideas coming out first. So, what new information is BB here to illuminate?

Scheduling was always the crux of the problem between Disney and DreamWorks. “The Prince of Egypt” was reportedly originally supposed to be DreamWorks’ first big animated film, its crown jewel after Katzenberg’s exit from Disney. The movie was scheduled to come out during the holiday season of 1998 ― same as “A Bug’s Life.”

Well, there can be miracles. When you believe.

A bunch of rumors claim that Katzenberg was upset about Antz coming out a year after A Bug’s Life, and even more upset that Prince of Egypt would compete directly with the Pixar movie (I’d be worried, too, after the success of Toy Story).

the date for “A Bug’s Life” remained firm. The Disney-Pixar alliance wasn’t budging. So DreamWorks reportedly moved up the release date for “Antz,” ensuring that it would debut weeks before the “Bug’s Life” premiere of Nov. 25.

I’ve always found this decision to just release an animated movie 12 months ahead of time…suspect. And BB apparently agrees. We might just have receipts!

In an interview with HuffPost this month, “Antz” writer Weitz cast doubt on these alleged machinations. According to him, the original ’99 release date was “fake.” His team was working at hyper-speed to get “Antz” out early the whole time.

“We didn’t know that there was that much of a race [to the box office] until late in the process,” he explained, “when it turned out there had even been a fake schedule, which had us completing after ‘Bug’s Life’ was going to be released. We’d been working on this accelerated pace without really knowing exactly why.”

Someone in Hollywood lied?

Looking back on the rivalry, Weitz said, “I think there was something inherently more crowd-pleasing about ‘Bug’s Life,’ which would’ve kind of blown us out of the water if we hadn’t gotten out there first. And as it happens, we were able to coexist, which is really nice.”

They weren’t going to release Antz in 1999 the whole time?!

Next you’re going to tell me DreamWorks is making another Shrek movie. 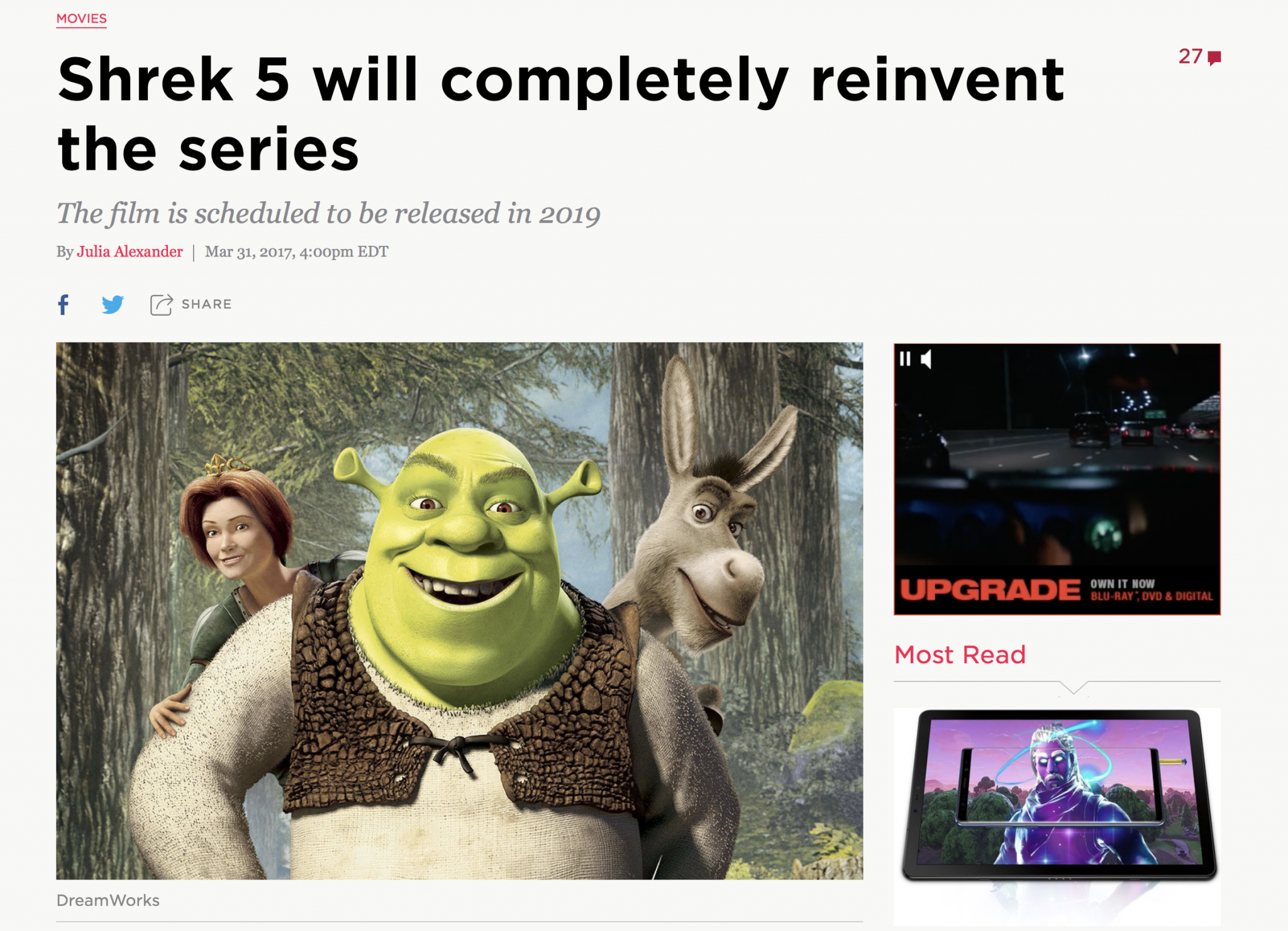 God of Prince of Egypt help us.