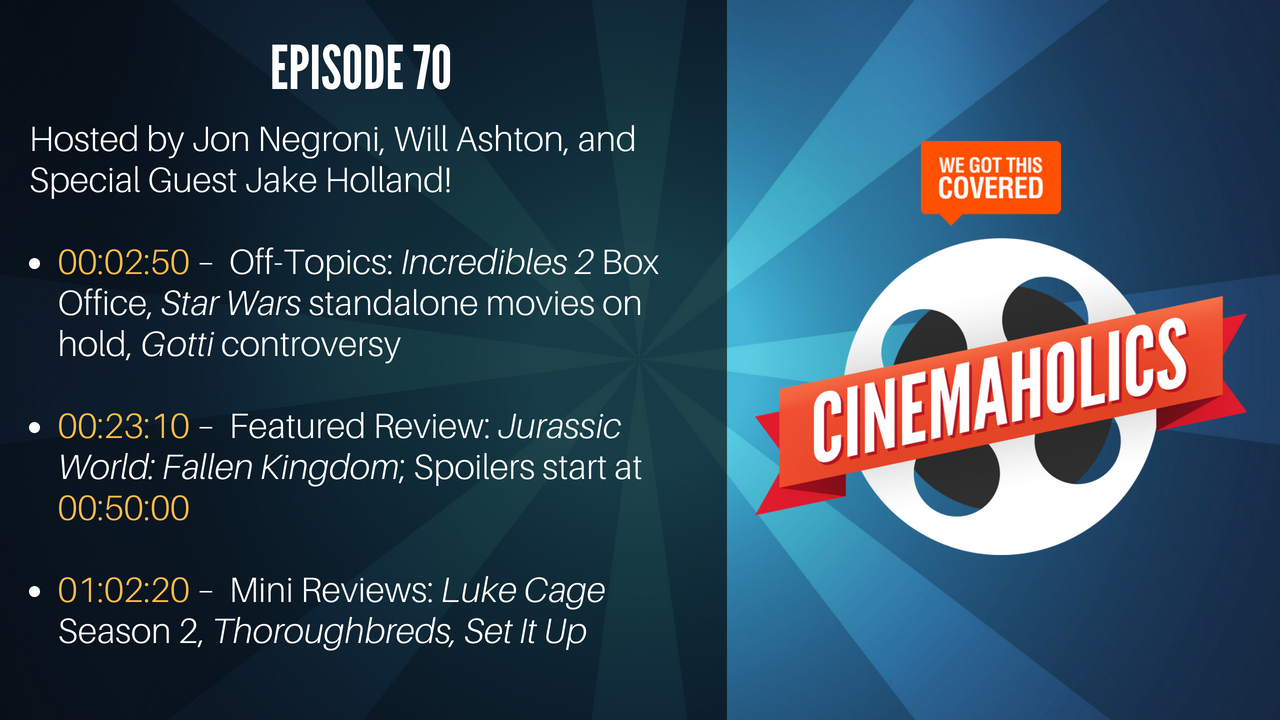 This week on Cinemaholics, I’m joined by special guest Jake Holland and my co-host Will Ashton to review Jurassic World: Fallen Kingdom. Is the “fallen kingdom” in question the state of the Jurassic Park franchise at this point? Well, according to the box office, definitely not. We had a great conversation about the series as a whole and leading up to this new film from J.A. Bayona, and we’ve even included a brief section for spoilers (with fair warning of course).

We opened this week’s show with some Off-Topics, including a rundown of Incredibles 2 breaking all kinds of box office records, plus how Solo: A Star Wars Story‘s utter failure at the box office has reportedly led to Disney and Lucasfilm putting future standalone Star Wars movies on hold. We also get into a fascinating segment about Gotti, which includes everything from a marketing campaign targeted at film critics to some seriously shady number crunching going on at Rotten Tomatoes. You’ll have to hear this one to believe it.

Last, we get into Mini Reviews as usual, but only a few this week. I give my thoughts on Luke Cage Season 2, which just dropped on Netflix, as well as the new romantic comedy Set It Up. And Will finally saw Thoroughbreds, one of my favorites of 2018.

Question for you: Aside from the original, which is your favorite Jurassic Park movie?