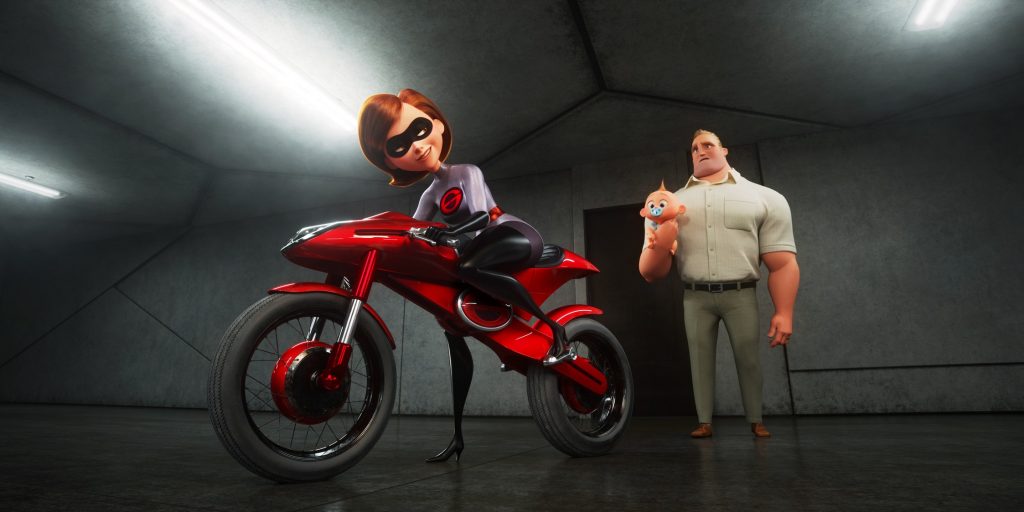 From Entertainment Weekly, which has a more dramatic headline – Incredibles 2 on track to be biggest animated movie of all time:

According to Fandango, Disney’s highly anticipated superhero family sequel is tracking to be the biggest animated movie ever in pre-sales.

The film is out-pacing the previous record holder, 2016’s Finding Dory, which went onto become the highest-grossing animated movie ever with $486 million in domestic sales (followed by Shrek 2 with $441 million, The Lion King with $422 million and Toy Story 3 with $415 million).

We don’t know for sure if this will translate to an equally strong opening weekend (Solo also had good pre-ticket sales), but this falls in line with my prediction that Incredibles 2 will be one of the biggest movies of the summer, probably just below Avengers: Infinity War in terms of worldwide box office, or perhaps Jurassic World: Fallen Kingdom. It also helps that this new Incredibles sequel is about as good as everyone is hoping (I saw it yesterday, and I expect most of you will be more than pleased).

#Incredibles2 is funnier than the original, just as pure fun, and has a clearer message this time with some decent resolution. But I struggle to say it's overall better or worse, and at the moment, I don't really care. Just go see it and have a great time adoring Jack Jack.

But will Incredibles 2 surpass Finding Dory? A few things to keep in mind before believing this claim. Finding Dory is the highest grossing animated movie when it comes to domestic box office, that is, ticket sales in the U.S. only (when adjusted for inflation, Finding Nemo is #1). Worldwide, the biggest animated movie of all time is still Frozen, followed by Minions. In fact, Finding Dory is even further down the list, past Toy Story 3 and Despicable Me 3.

It would set a huge precedent for the Incredibles franchise to make as much money as any of these movies, but it’s still possible. We’re talking about a family-friendly superhero movie coming out at the front of summer with 14 years of hype behind it. And if the reviews continue to be as positive as they are now, word of mouth should give Incredibles 2 most of June to leave a huge impression at the box office.

That said, there’s no indication to suggest that this franchise is as far-reaching as the Finding Nemo brand. And unlike that franchise, Incredibles 2 competes more directly with comic-book and action movies (which is why I find it interesting they did more work on the sequel to make it a good comedy, too). I’ll be extremely impressed if Incredibles 2 becomes a breakout hit internationally, because there are more than a few obstacles on its path to becoming “the biggest animated movie of all time.”