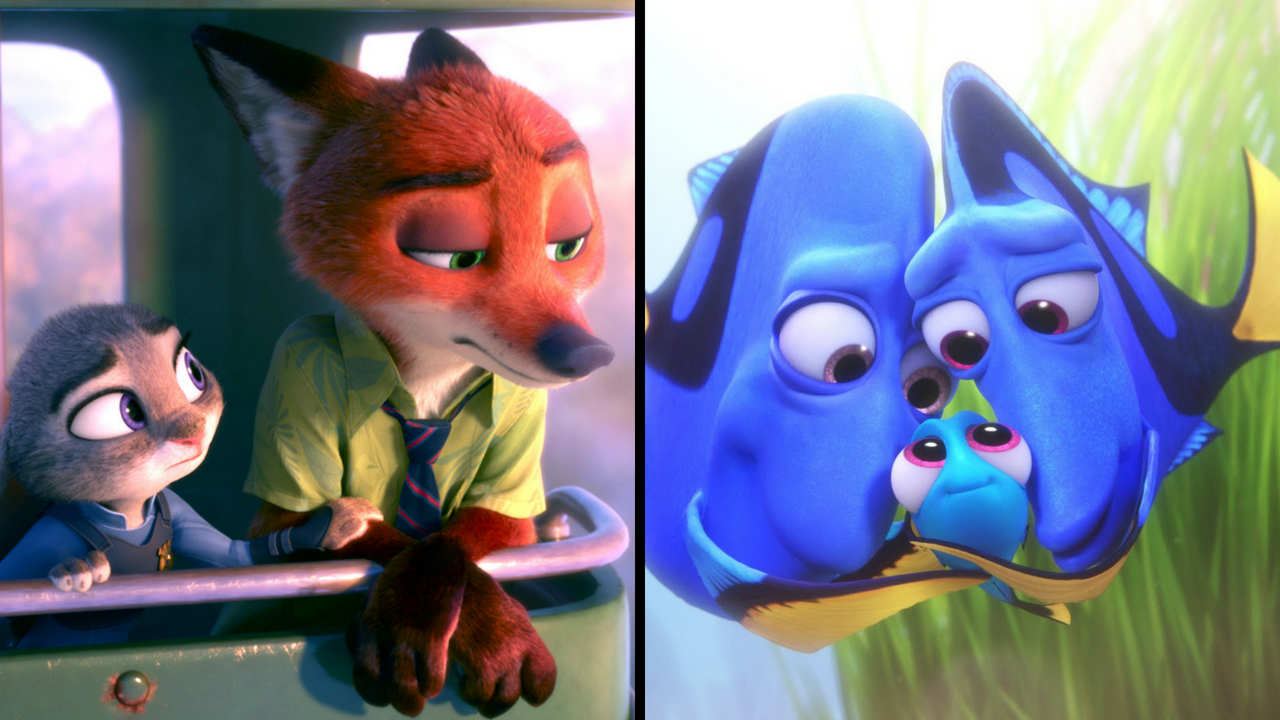 Zootopia matters more. It strikes for a harder, more uncomfortable message than Dory, which also contains a well-argued thesis on tough issues (the treatment of children with mental health).

Zootopia’s purpose as a film is to instruct on prejudice and systemic racism…for children. And it does so from top to bottom: its high-concept world informs its writing, the fact that a “Zootopia” of different creatures of different sizes all trying to coexist in a world detailed to accommodate them is a wholly unique and cohesive example of airtight world building, the kind you don’t see often in animated features.

Finding Dory is decisively less “complete” in that way. A film closer in rivalry to Zootopia from Pixar would be Toy Story or The Incredibles, both of which also feature inventive worlds that inform the story in a meaningful, impactful way. I’ll forget far more about the aquarium from Finding Dory long before I forget how it felt to see Zootopia for the first time through the eyes of Judy Hopps.

Of course, both films are wonderful. And if we’re talking about the best animated film of 2016, I’m still far more inclined to consider Disney’s Moana.

This post was originally written as an answer to a question by Collin Maher on Quora. It’s been tweaked, edited, and repurposed into the post above.

4 thoughts on “Which is Better: Zootopia or Finding Dory?”