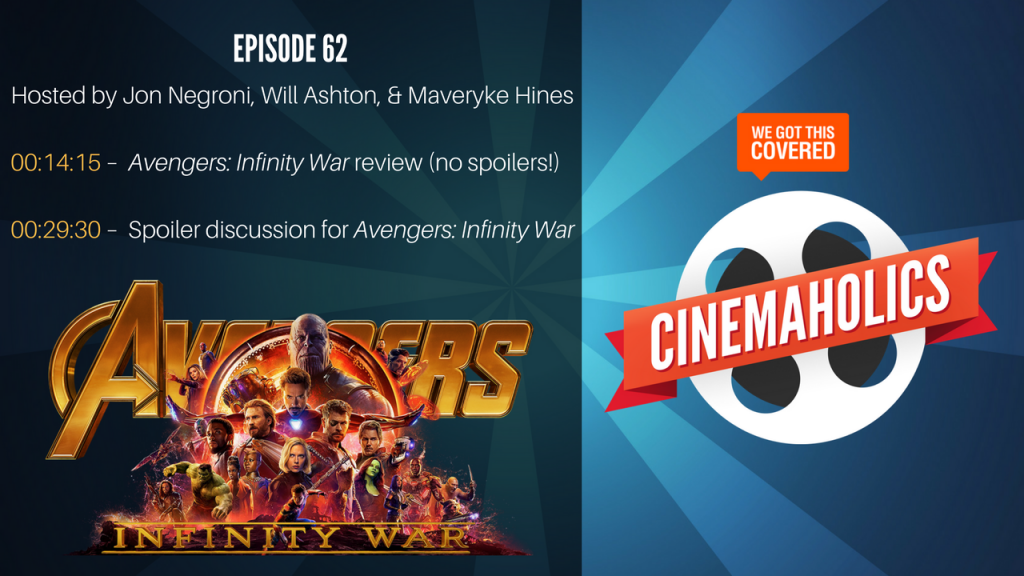 A whole episode of Cinemaholics dedicated to Avengers: Infinity War? We’re just as surprised as you. It’s one of the biggest event movies of all time, and in every sense of the word, crushing box office records and causing massive debates online about (SPOILERS). Well, that goes for us as well.

Will Ashton and Maveryke Hines joined me this week to do a spoiler-free review of Infinity War, but followed by a massive spoiler section noted in the show notes above. Be wary of spoilers, but be even more wary of my emotions, as things get somewhat “Hulk-y” toward the midpoint of the episode.

Question for you: if you saw Infinity War, let us know what you think of the villain, and who do you think was “right” about the main debate in this episode? Careful for spoilers in the comments!