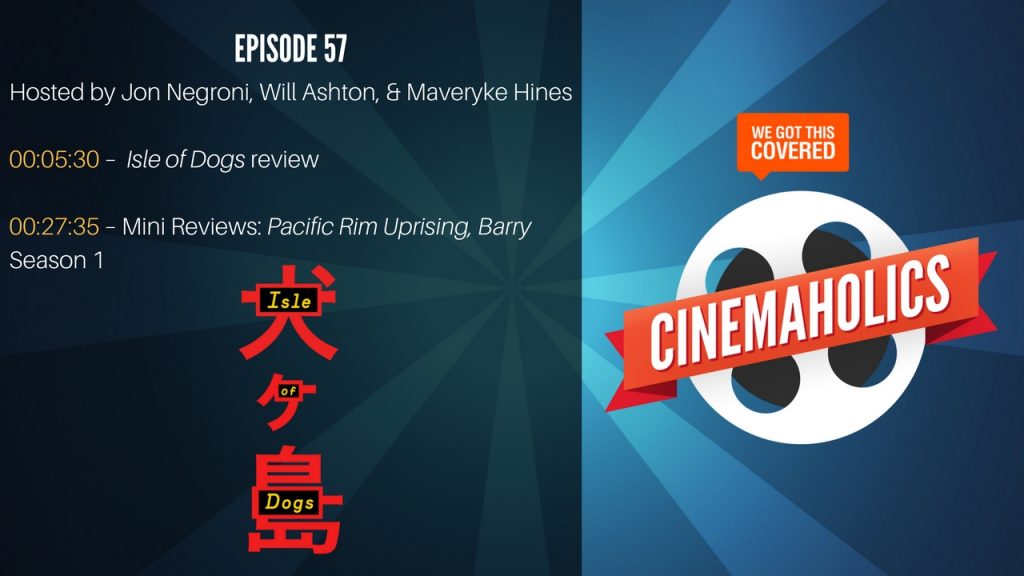 Wes Anderson’s new film Isle of Dogs is a stop-motion comedy akin to his 2009 film, Fantastic Mr. Fox. With me on the podcast this week is Maveryke Hines to discuss the movie and some of the surrounding controversy. We had an honest, thoughtful discussion without giving away spoilers, of course.

Afterward, we reviewed Pacific Rim Uprising, the long-awaited sequel to Guillermo del Toro’s 2013 fan favorite, this time directed by Steven S. DeKnight. I spoke briefly about Blockers, a new comedy set to release in the coming weeks. And to finish this short episode, I talked about Season 1 of Barry on HBO, which just premiered and stars Bill Hader as a contract killer who decides to balance his hitman life with acting classes. Trust me, it’s good.

Question for you: Which Wes Anderson movie did the most to move you emotionally?