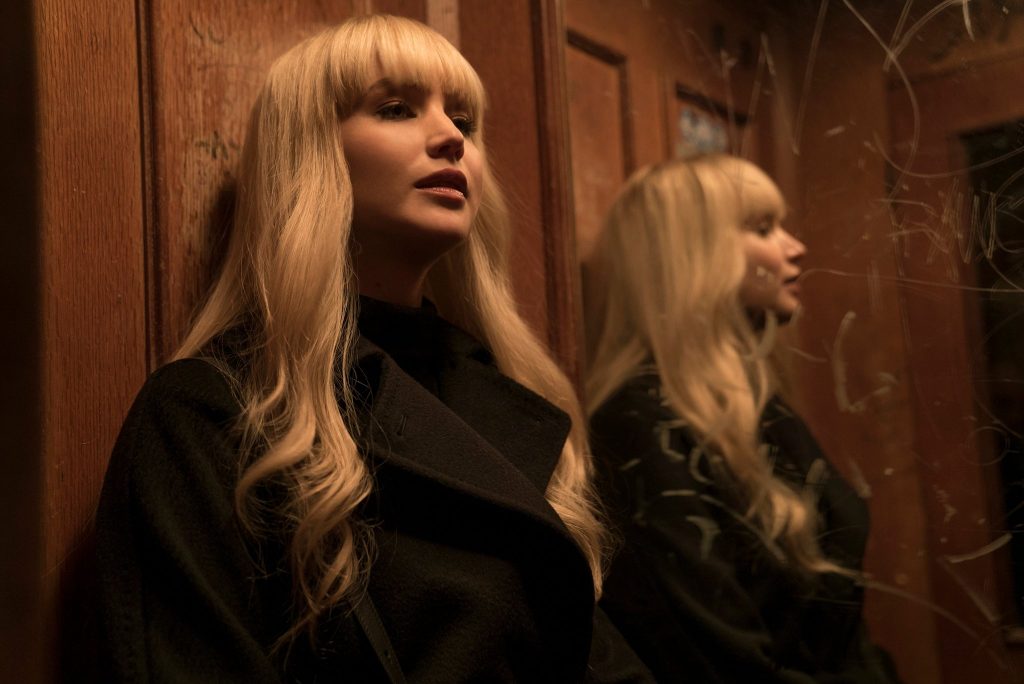 I found myself riveted by this Russian spy thriller at least once, and in an opening scene perfectly written and executed to trick the viewer into wanting to know more about our main characters. They include Dominika (Lawrence), a resolute dancer who reluctantly becomes a seductress spy for the Russian government under the eye of her calculating uncle — and Nate Nash (Joel Edgerton), the dashing American CIA agent always a step ahead of everyone, except for himself.

The way director Francis Lawrence chose to open this book-turned-film is the first and last gripping detail to speak of. It’s a ballet of tension, drama, and action surely to come. The problem is that the film remarkably dovetails into a stationary walk-through of nonsensical spy thriller drivel often intercut with graphically disturbing sequences of rape and sexual violence.

Nothing justifies Red Sparrow‘s use of lust and paranoia to entertain. It’a a hollow shell of physical pain written and produced to shock and weakly inspire anti-Russian sentiment without earning a drop, which in hindsight should have been a simple task considering current events. Red Sparrow‘s purpose for existence, whatever it might be, is lost and buried underneath a filmgoing experience one could reasonably compare to watching a washed out version of The Bachelorette casted with aging, boorish, and interchangeable sexual abusers shrugging at the camera for over two hours as they slowly walk on and off the set.

I’ve always been of the mind that films with graphic content rightfully require extra effort when it comes to storytelling. They have a responsibility to viewers that cheap comedies usually don’t. By design, these are films not meant for the masses, but this can often by used as a shield against being for someone, other than the hopelessly curious. If your film is unintelligent — and let’s be clear, Red Sparrow has the thematic brain of Atomic Blonde, but without the thrilling stunt-work or Charlize Theron’s screen presence — it probably has no business tackling themes of sexual abuse that are fierce, triggering realities for many who will stumble upon this film one day hoping for the best. Instead, they’ll be treated to a plain mess with little to show and even less to tell.