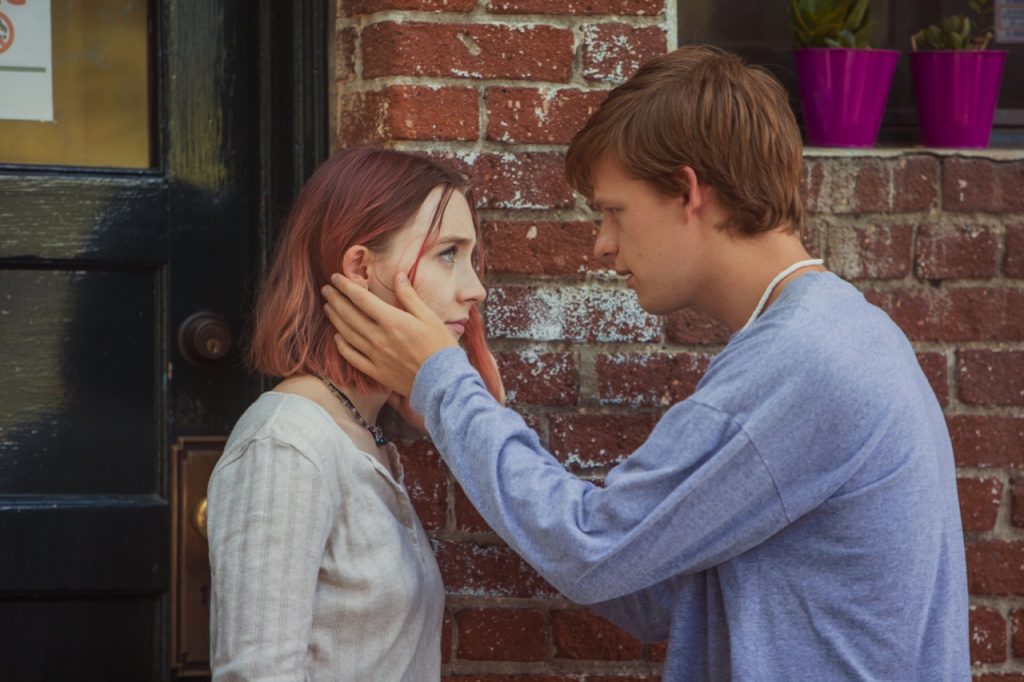 Warning: the post you are unfortunately about to read is filled with snark and sarcasm, known to many of you as Snarcasm. Please refrain from taking anything said here seriously, because as usual, none of it actually matters at all.

Those of us who put an extraordinary amount of hopes and dreams into Rotten Tomatoes had our hearts crushed recently. You see, a movie can only be good if an arbitrary percentage of arbitrarily chosen tastemakers arbitrarily place said movie on an arbitrarily designed spectrum. And so it is for Lady Bird, one of the most successful indie films of all time and until the release of Paddington 2, the best reviewed of all time according to a website that brings vegetables into a literal equation.

What soiled the 100% rating for Lady Bird on said vegetable counter platform? Well, none other than someone you’ve never heard of. Cole Smithey rated the film a gentleman’s C+, just barely putting the film under a “fresh” rating for Rotten Tomatoes.

What does this mean? Not much, except that we now have a chance to roll our eyes at someone’s alleged opinion. Surely, this is an honest review and not one designed to draw attention to an unrecognizable website few would bother to read a review from unless it was the sole contrarian in a sea of praise and released weeks and weeks after every other critic published their review. Surely.

After all, Cole’s review comes from…colesmithy…dot com…Well, OK, maybe this guy is legitimately—

OK, we are actually off to the worst start possible. Dramatically flat? That’s like calling The Shawshank Redemption a film with barely any voiceover.

Greta Gerwig’s coming-of-age directorial debut covers its Mumblecore tracks with jabs of humor and a breeze of earthy authenticity.

The conceit here is that Mumblecore in a film is inherently bad. Smithey offers no context for this or points out why he finds mumblecore ineffective in any film. Just that he has an axe to grind if characters DARE speak authentically. Oh wait, that’s something he praises in the same gorram sentence.

the story focuses on the fraught relationship between Lady Bird (a.k.a. Christine — played by Saoirse Ronan) and her overworked mother Marion (Laurie Metcalf)…

I’m not sure “overworked” is the most complete term to ascribe to Marion, but fine.

Oh, it’s THIS kind of review. I need all the drinks.

are exacerbated by the family’s unemployed father Larry (wonderfully played by Tracy Letts in a thankless role).

Thankless? What makes Tracy Letts’s role in Lady Bird thankless? Did you skip over his name in the credits? Was it impossible to like him without “SMARTEST ACTOR IN THE WORLD” blaring across every review?

Well, Cole doesn’t elaborate on his reasoning, so I guess that means we have to. See, Cole seems to be annoyed over Larry having a smaller role compared to the mother and daughter. That’s nice. Either that, or he doesn’t think enough critics have praised Letts or something, which just continues to prove this is a reaction, not a review.

The armpit city of Sacramento will forever be indebted to Greta Gerwig for making it seem like a much better place than it is to live.

Only the smartest film critic in the world would “review” a film by mindlessly insulting a location for no good reason. Also, the point of the movie is that Lady Bird wants to leave Sacramento because she finds it boring, so this sentence isn’t even correct subjectively. He even points this out later in the review. Seriously. The smartest critic.

But to be clear, “Lady Bird” is far from a perfect film, it’s just not the mumblecore disaster you’d expect from Greta Gerwig

Three things. His sentence needs to be edited because it makes no sense (shocker). Most audiences and critics love Greta Gerwig, so you can’t say “you’d expect” because YOU, Cole, are the outlier here. Very few of us expect a movie directed by Greta Gerwig to be bad because you find some of her acting performances to be “disasters.”

The smartest film critic sure is smart.

There are dozens of coming-of-age films that far outweigh this lightweight contender. Think “Kes” or “Murmur of the Heart.”

Both are about (you guessed it) boys coming of age. But for some strange can’t-put-my-finger-on-it reason, Cole just can’t seem to find this coming-of-age movie about a woman that is celebrated by virtually all to be a heavyweight. He does go on to reference Girlhood eventually, but…

Greta Gerwig has a long way to go as a filmmaker before she can pretend to approach a Ken Loach or a Louis Malle, much less Céline Sciamma’s tour de force “Girlhood” from 2015.

Translation: This first-time director shouldn’t have even attempted making a movie because clearly I would have hated it no matter what, Oh and also she can’t even make a movie as good as this other one about a girl coming of age! What a joke!

Seriously though, what does Cole think Greta is “pretending” to do here? Did he walk in on her placing a Frances Ha poster over a frame of Ken Loach glancing to the side as if he’s just witnessed a crime while cackling, “And I would have gotten away with it too, if it weren’t for that smartest critic and his blog no one cares about!”

If Lady Bird were true to her character, she’d never speak to her mother again after asking mom for the “number” that represents the amount of money she spent raising her so that she (Lady Bird) can pay her back and have nothing to do with her ever again.

Amazing. The point of the movie flew so high over Cole’s head, he probably mumbled something about mumblecore and glanced at his Ken Loach poster in disgust. This is quite literally a movie that exists in part to help men understand a very specific type of relationship between mother and daughter, as well as to highlight for women a chance to affirm their own experiences, and this guy has the wherewithal to consider a movie written and directed by a woman to be “untrue?”

Lady Bird’s mom earned that amount of disgust from her daughter; she deserved it.

At this point, we’re just reading a transcribed version of Cole yelling at the theater screen.

Lady Bird doesn’t have the courage of her convictions after all.

If ever there was a signature mumblecore trait, this is it.

Good thing this guy was hired to review a non-genre instead of a movie. Though he didn’t even do a good job of that. Oh, and the website oddly ends with…

Nice. Thanks for letting us know our opinions are only valid if they’re defiant of everyone else’s. Glad to have you righting the wrongs of independent thought, Cole.

Of course, Cole leaves his website open to plenty of comments and honest conversation about the movie—

Comments are moderated, and will not appear until the author has approved them.

Fine. I wonder how many comments Cole “approved” to appear on his website. (For those of you waiting, the answer is obviously none.)

Look, I don’t expect everyone to love Lady Bird. It makes no difference to me what Cole thinks of this movie, good or bad. And if he had written a review that sincerely articulates his problems with the film (not the hype around the film), then I wouldn’t be writing any of this. But instead, we have a toxic review he admits to have written in order to bring down the Rotten Tomatoes score because he doesn’t think the movie deserves to be as highly regarded as it was before he abused his power as a critic. Because of his one bizarre hangup with an actress/director/writer who made some movies he hates for some reason.

Honestly, I find that intellectually flat.

6 thoughts on “Snarcasm: Lady Bird Is Far From Perfect, So It’s Bad”