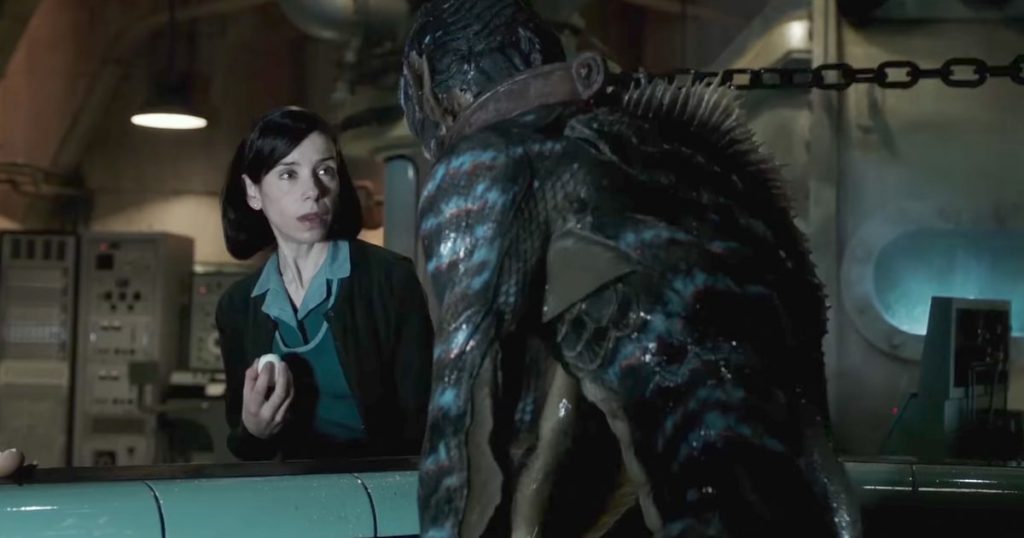 Watching The Shape of Water, I expected a wholly original story based on a simple premise. A woman falls in love with a merman. Instead, Guillermo del Toro’s film has a surprisingly familiar set of themes and ideas. Its originality lies in how it blends three core messages for the viewer to internalize.

The first message: the past is the key to the future. This scaly, unpredictable creature found in the Amazon is implied to be an ancient force of nature far removed from the technological advances of 60s Baltimore. Yet every character wants to use this creature as a device for unlocking the future. A competitive future. A future of scientific discoveries. Even a future of artistic expression.

The second message: the people who will unlock the future are the silent. The unseen. The meek will indeed inherit the earth. Finally, the third message: love is the purest way to unlock the future, bringing about our greatest talents. Love is our purpose.

Del Toro’s decision to pair a human with an animalistic sea creature appears to be intended for more than provocation. On the one hand, it’s a gender reversal of the modernized mermaid folklore, in which men fall in love with female sea creatures without parents having to censor Disney films. Second, del Toro wants to drive home the idea of unconventional love in ways that will actually grab your attention. A mere friendship between our main character (Elisa) and the merman (or Asset) would have felt flat and uninteresting.

As I mentioned before, every character ironically views a relic of the past as the key to new discoveries. The creature can be dissected for science, pushing America ahead of the Soviets during the Cold War. The creature awakens a new curiosity from a painter whose work is seen as old fashioned, just as photography is becoming the new visual tool of advertising.

Yet the movie’s true emphasis is on a relationship. Shape of Water illustrates how we form connections with new people, discover new possibilities, and disregard judgement and other obstacles keepings us from growing closer to others outside societal norms. To Elisa, the Asset unlocks a romantic future. But she loves the Asset for reasons irrespective of his ancient power. She loves the Asset for mysterious reasons, to be honest, though the movie tries to imply her love is rooted in a connection over communication she could never achieve with people. The decision to make Elisa a mute character did not come randomly.

The Shape of Water is the type of movie that can’t be boiled down to just one or two talking points or themes. It’s the type of film with a lot to say, and I suspect it will be hard to watch for many, at least at first. Not everyone will see through its provocation to find the beating heart del Toro and his team have painstakingly realized through both visual and written storytelling (some of the finest you’ll see all year).

Simply put, The Shape of Water is the equivalent of a book you can’t put down or stop thinking about when you do. I certainly haven’t.

9 thoughts on “The Shape of Water: The Past is the Key to the Future”