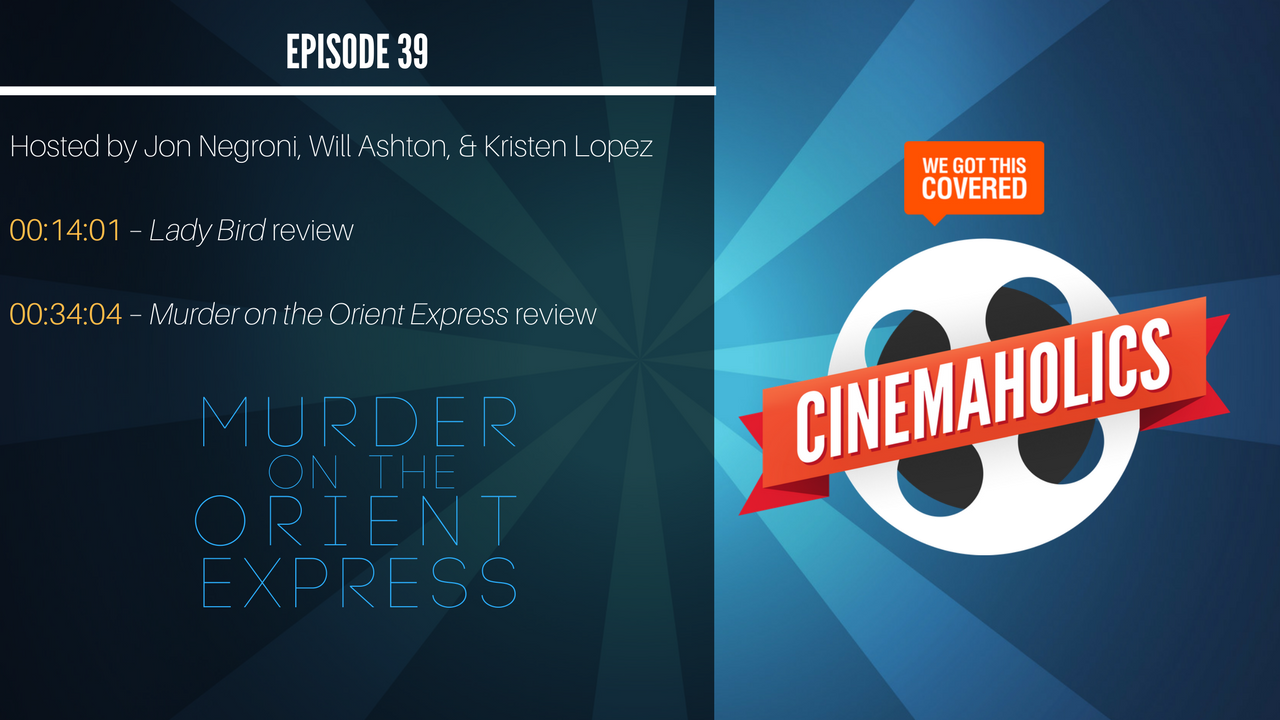 For the show this week, I’m joined by my regular co-host Will Ashton and special guest Kristen Lopez from Paste Magazine, Film School Rejects, and The Young Folks to review Murder on the Orient Express and Lady Bird, two films that honestly couldn’t be anymore different, but we’ll get to that in the podcast.

We originally recorded the show with Mini Reviews as usual, but sound issues forced us to cut the episode in half (which worked out because the episode had gone on far longer than planned). We’ll do those reviews for Coco, Last Flag Flying, and Walking Dead Season 8 next week.

That said, the main show covers two featured reviews at length, no spoilers for either. The first movie is Lady Bird, a wonderful A24 film directed and written by Greta Gerwig that has been topping many “best of 2017” lists already on the minds of critics. It’s yet another Oscar-worthy performance from Saoirse Ronan (Brooklyn) complemented by a fantastic cast. Murder on the Orient Express is the second review of the show, directed by and starring Kenneth Branagh as Hercule Poirot in the adaptation of Agatha Christie’s landmark novel. It’s the classic “whodunnit” modernized for 2017, so be sure to manage your expectations if you’re planning on giving this one a shot.

If you’re interested in continuing to help us out, there are three easy, painless ways to do so: