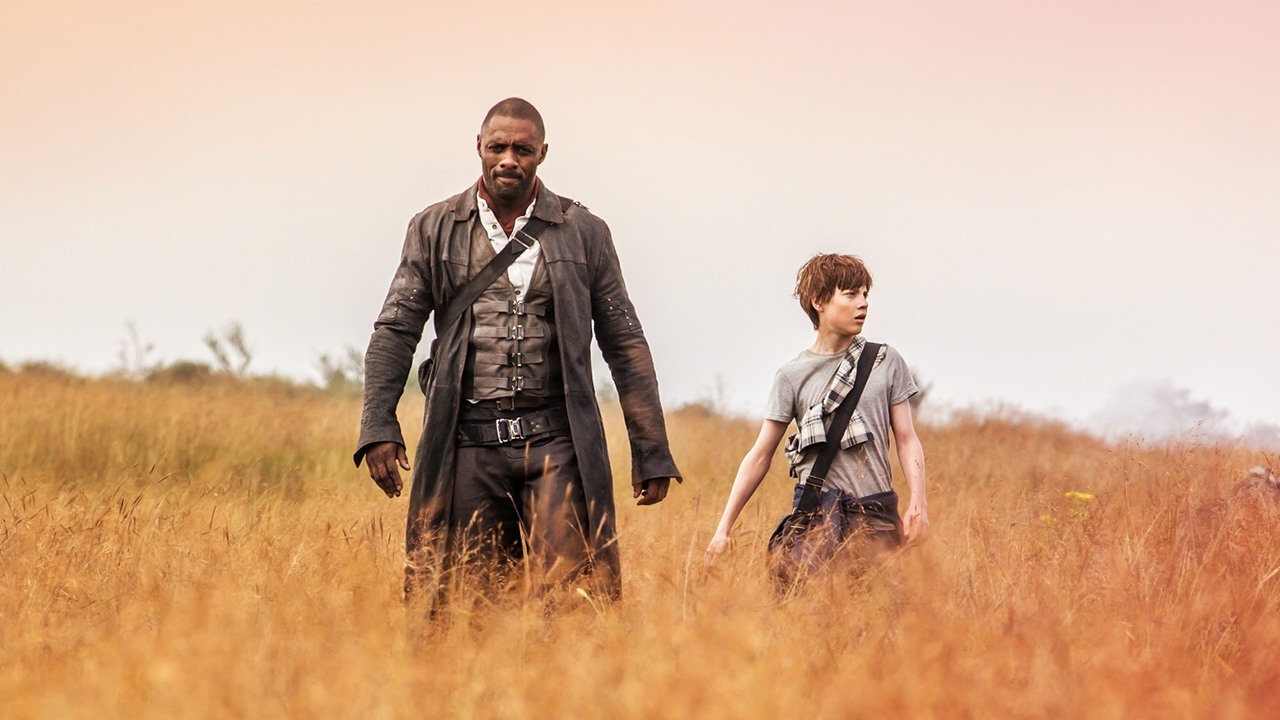 The Dark Tower was directed by Nikolaj Arcel and is the latest film adaptation of a popular Stephen King novel, this one being the first in a fantasy series that is more or less about a western gunslinger hunting down a sadistic wizard in a universe of competing genre ideas. And yet the film itself seems to be completely uninterested in what makes that set up appealing in the first place.

The monolith behind The Dark Tower‘s marketing, script, and flagship action scenes is Idris Elba, a surprising and therefore fantastic casting choice made for a book series that many have considered a herculean effort to properly adapt for years. Elba is the Jon Snow, Aragorn, and Caesar of this unfolding story about inter-dimensional worlds under siege by the Man in the Black, a fittingly named agent of chaos played by Matthew McConaughey who commands an army of face-swapping monsters. He’s also Elba’s taunting arch-nemesis.

As a break from the book, Dark Tower is told through the perspective of Jake Chambers (Tom Taylor), an archetypal Stephen King child protagonist who is incredibly special, amazing, and has all of the plot-perfect mind powers that exist solely to make him seem interesting without much else to offer script-wise. He saunters into Mid-World, a western-themed post-apocalypse where the order of benevolent “Gunslingers” has long been weeded out as the Man in Black steals children with unendingly special mind powers (in a not-so-subtle allusion to King’s other novel involving children who “shine,” among many other references to his other books) in an effort to destroy a tower that protects all “worlds” from a relentless legion of demons. 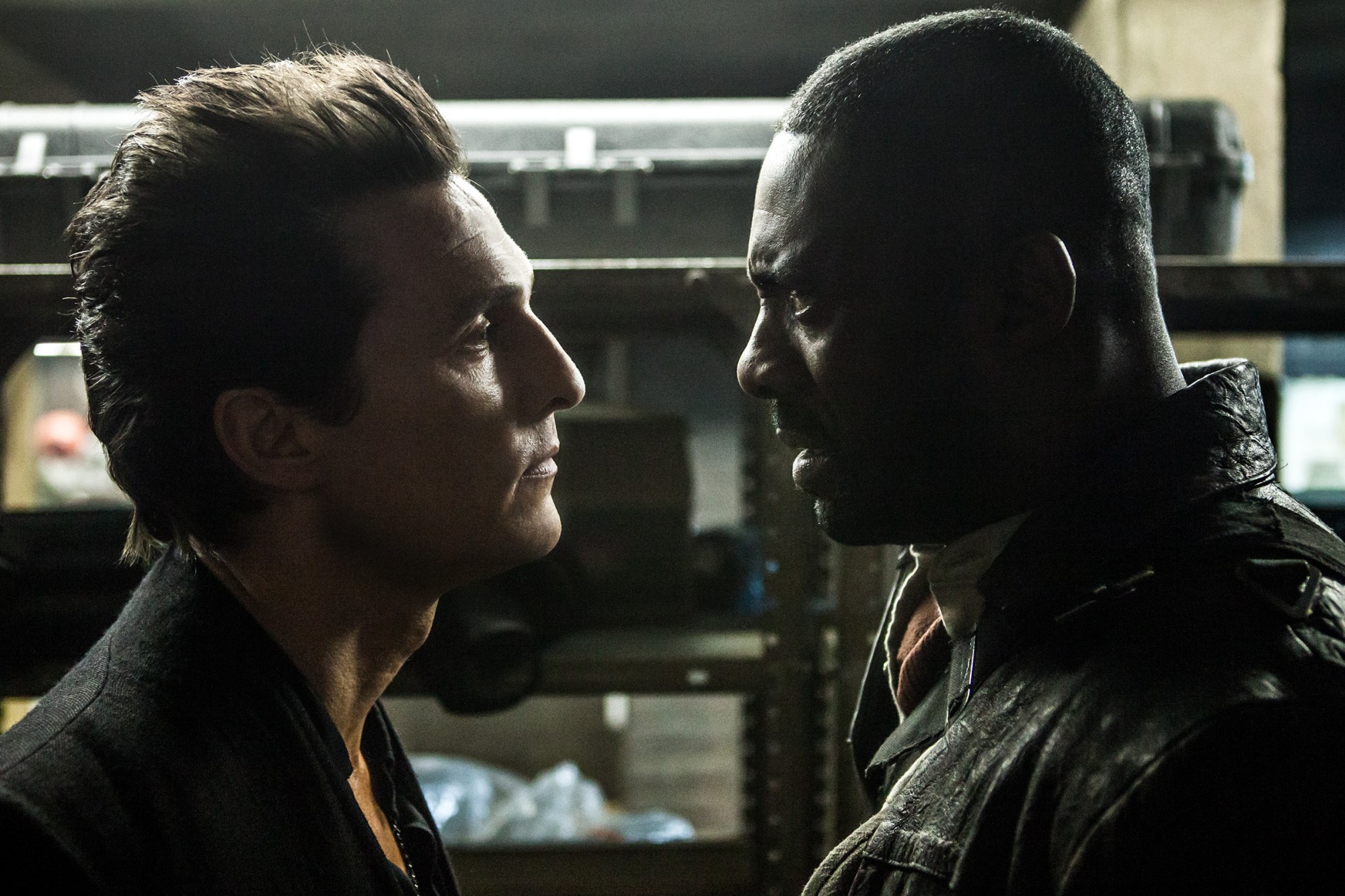 Jake eventually meets Roland, the last Gunslinger action hero, and the two embark on a generic fantasy quest to ensure that good triumphs over evil. For fans of The Dark Tower book and subsequent books in the series that this film grabs from and puts through a franchise blender, there is virtually nothing familiar or enterprising about what Arcel does with this source material aside from superficial visuals and character names (though even that is suspect in one case).

Thematically and narratively, this adaptation has more in common with scores of other films than its own foundation, even lifting the central revenge conflict between Roland and Walter (the Man in Black’s new pseudonym) from what The Dark Tower was perhaps written to undermine in terms of conventional storytelling. It may not surprise viewers to find, then, that the script was written by Akiva Goldsman of Batman & Robin fame.

For everyone else less familiar with this source material, The Dark Tower is simply a generic action film that is often bland, never offensive, and just entertaining enough to sit through a single viewing. It’s not a film designed to make you think or even feel, but rather take in as a reminder that other, more innovative genre films exist and have made films like The Dark Tower look increasingly obsolete.

2 thoughts on “‘The Dark Tower’ Is A Genre Mashup, So Why Is It So Generic?”