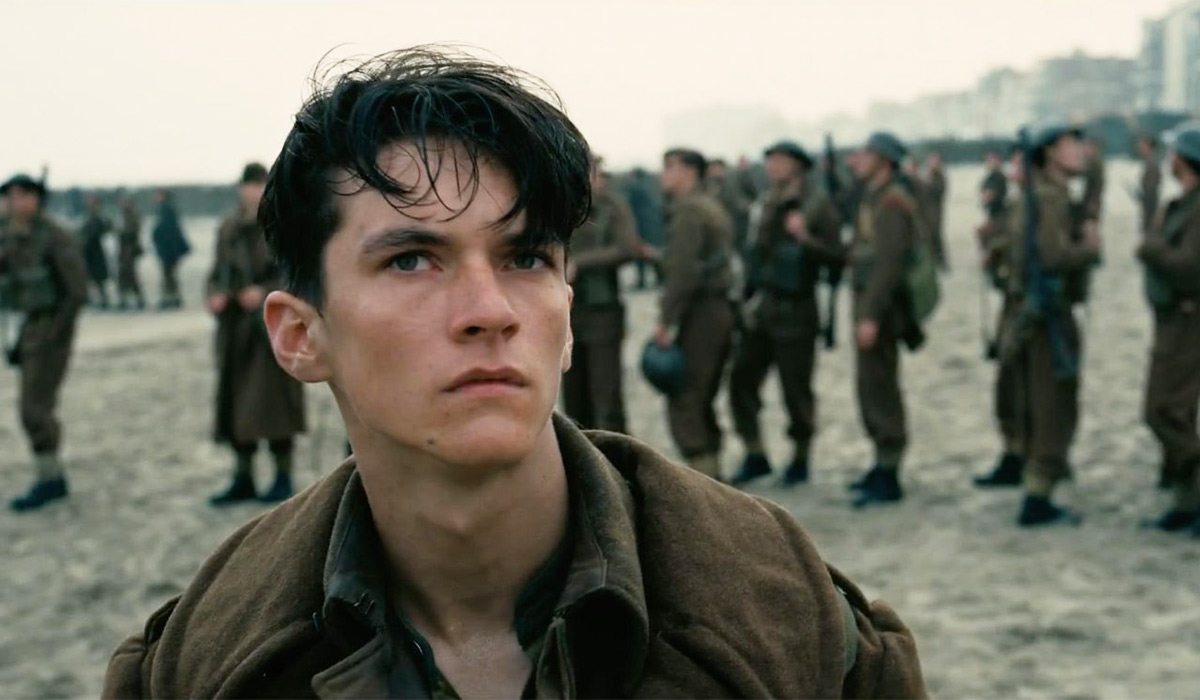 Dunkirk was written and directed by Christopher Nolan and is his most recent film since Interstellar. Nolan has tackled a variety of genres to mostly great success; heists, magicians, space, and even comic books. But how does the blockbuster artist fare with historical war fiction?

Most war movies tend to be action movies. Many of the best ones go beyond the typical violence and bloodshed to delve deeper into psychological thriller territory, while others spend their first hour unfortunately delving into needless romantic subplots and love triangles (ahem).

British filmmaker Christopher Nolan decisively makes his own mark in this genre by telling a story about the evacuation of Dunkirk, a truly unique moment in time when a massive military failure led to a symbolic turning point of the entire war and famously preceded Winston Churchill’s iconic speech when the Germans forced them into retreat.

The evacuation itself doesn’t beg to be wholly cinematic, however, as most of it involves soldiers standing around on beaches watching on in horror as German bombers, tanks, and U-boats pick them off at all sides. For that reason and in regards to Dunkirk’s close connection with the British people, many filmmakers have shied away from attempting this subject matter altogether. 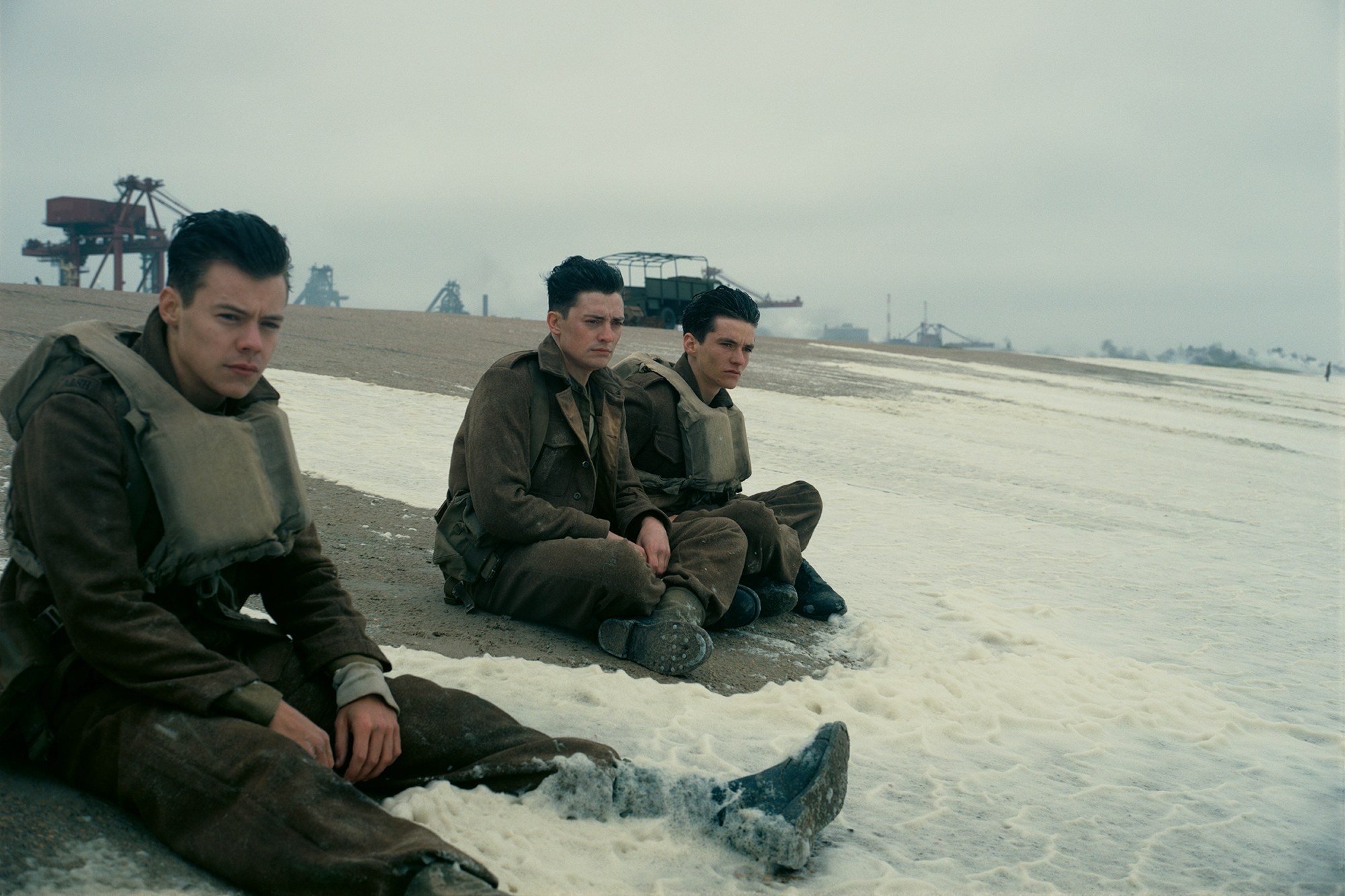 Fortunately, Nolan entirely understands the soul of what made the evacuation of Dunkirk such an impactful moment in British history despite its horrors and implications of shock without the awe. In Dunkirk, an ensemble intercuts at varying moments in time from three main perspectives: the infantry stranded on land, the civilian volunteers who answered the call to help with the evacuation by sea, and two Spitfire pilots by air attempting to maintain cover for everyone by taking down as many Luftwaffe as possible.  The real trick here, however, is that each perspective happens over a factually accurate amount of time that is outlined in the very beginning of the film, with the infantry scenes taking a week to unfold, the sea portion a day, and the air combat just one hour.

This inventive plot structure is easily Nolan’s most mind-bending one since Inception, perhaps because that was the last film he wrote himself without help from Jonathan Nolan (his third sole writing credit being Following). By weaving different moments in time together through symmetrical, perspective-defying shots (courtesy of what may be Hoyte Van Hoytema’s best cinematography to date), this historical event is never boring and it never drags. At a lean 1 hour and 47 minutes, it’s a thrilling climax of a movie that never quite ends, yet it also never tries to top itself with rising action as most survival films do.

But it’s the immersion of each event that truly brings these risky narrative choices to life. As expected for a film shot to be seen in 70mm, every detail of Dunkirk is heightened and magnified. Not only do you feel drowned in the elements of war (land, sea, air), it’s the sound of every moment that brings them all together, often carrying between scenes that cut back and forth in a far more satisfying manner than something like Cloud Atlas. The German bombers scream in their approach to the beach, wailing like banshees that only enhance the feeling that you’re watching something closer to horror than Saving Private Ryan (and in a PG-13 film, no less). 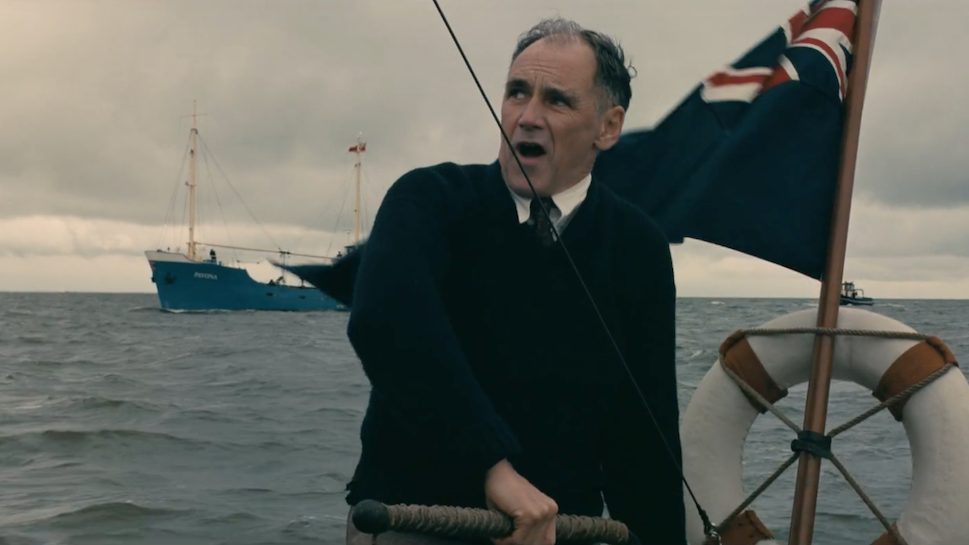 There are probably more sounds of bullets ricocheting off steel than lines of dialogue (even Tom Hardy only has 10 lines), another example of Dunkirk‘s attention to realism in the way soldiers are far more quiet than the danger around them. Every word is matter-of-fact and purposeful, perhaps at the expense of delivering meaningful connections with characters. This may be intentional on Nolan’s part, but it is still jarring at times.

With the exception of Mark Rylance, Cillian Murphy, Tom Hardy, and Kenneth Branagh, many of these ensemble characters are a bit hard to distinguish, specifically the three dark-haired infantrymen who spend almost all of their moments in somber silence together. Like most in this ensemble, these characters are driven by their actions, not their words. And for many viewers, that’s enough.