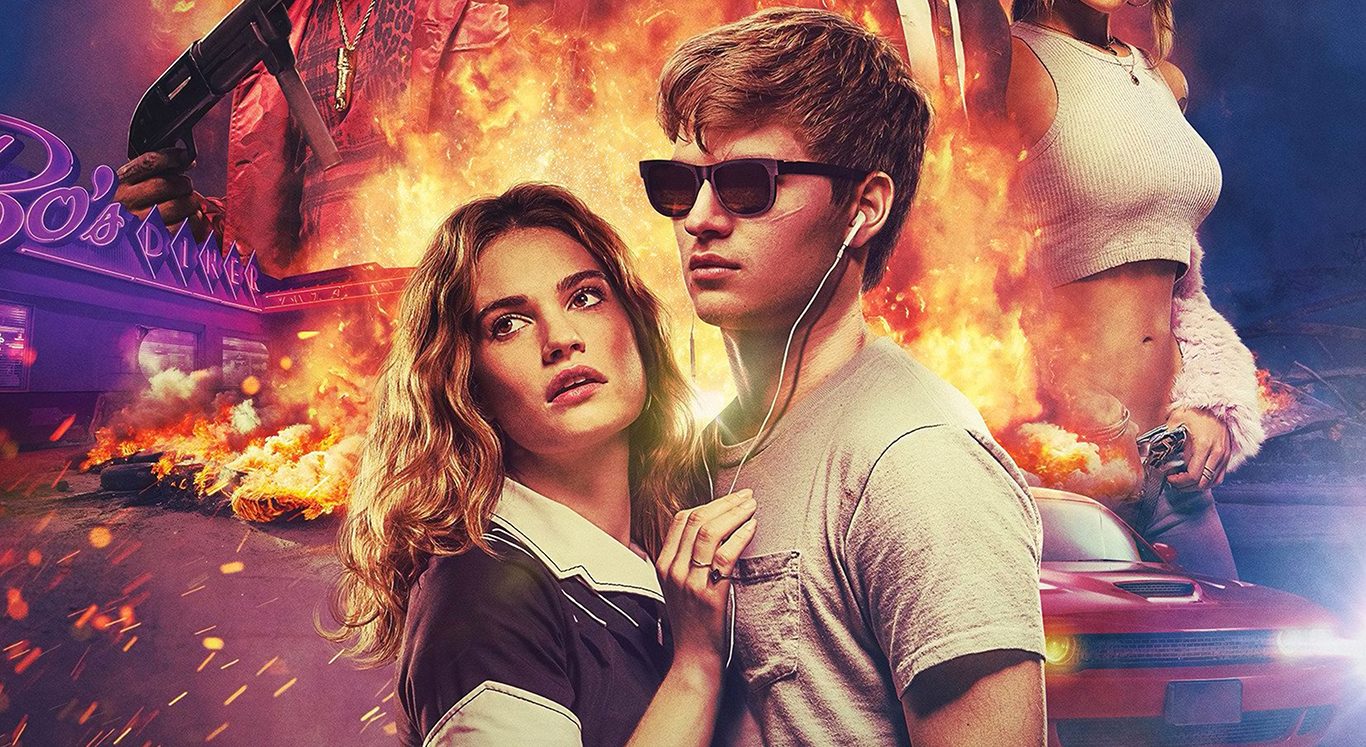 The first ten minutes of Baby Driver do well to establish the main beats of the entire film, opening with a stunning car chase through the streets of Atlanta and ending with a scene where the criminals wax poetic on the quirky kid who made it all happen. Though these scenes are somewhat replicated over the course of the film, each one with its own tempo and style of course, none of what happens next feels nearly as formulaic as it probably should.

Baby (played by a stoic Ansel Elgort) is a professional getaway driver for a rotating cartel of manic criminals led by “Doc” (played by a fatherly Kevin Spacey). Due to a car accident from his childhood, Baby has tinnitus, which he drowns out with two earphones and a collection of iPods featuring his favorite music (or Wright’s favorites, we should say). For that reason, the action and even much of the downtime in Baby Driver is choreographed to a wide variety of catchy tunes. Think Guardians of the Galaxy with a bit more of a jukebox feel and the same mother/father issues. 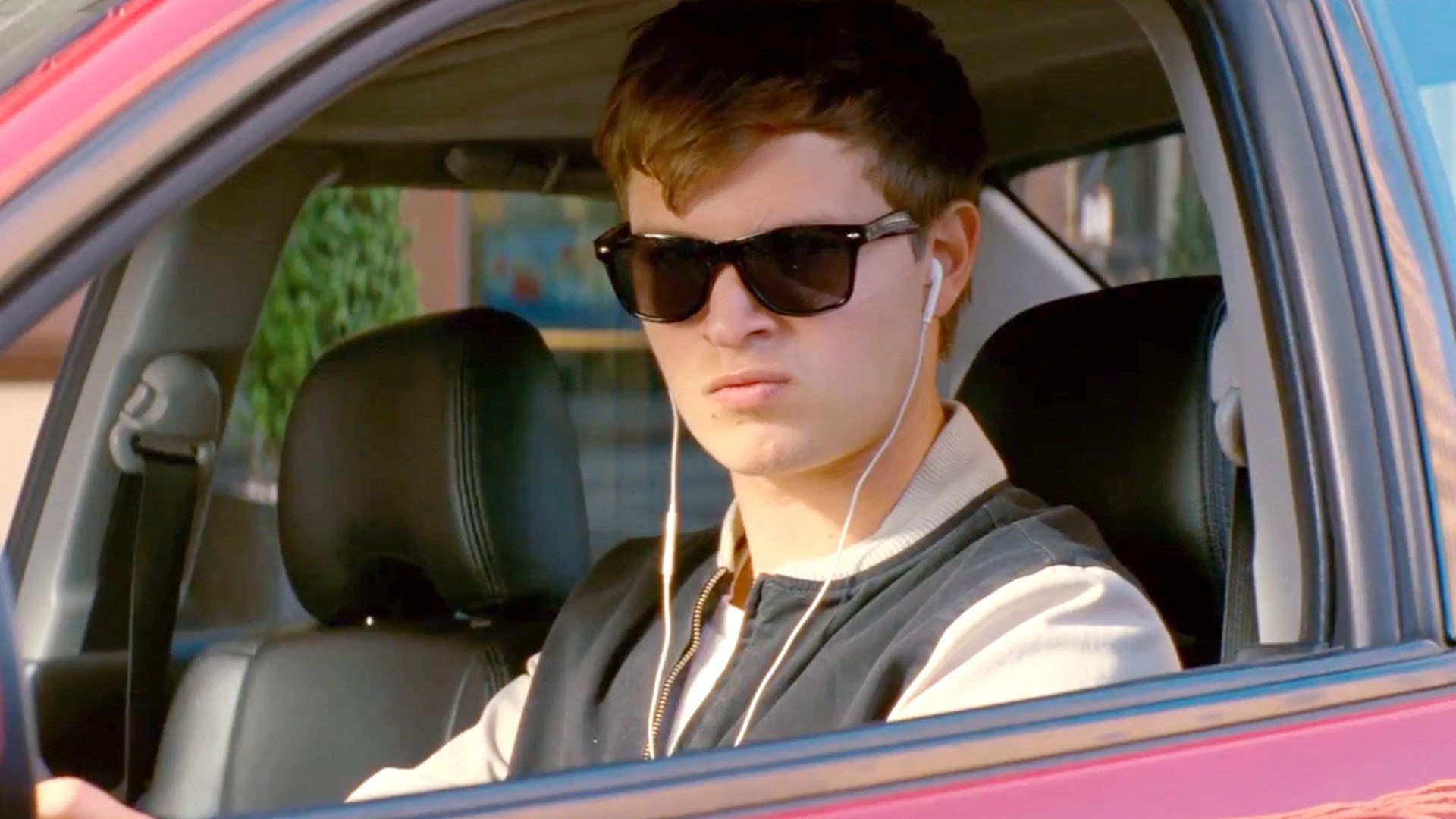 Unlike Star-Lord or maybe Burt Reynolds, Baby himself doesn’t talk much, instead opting for the music he chooses to lend context to every scene. It’s a fairly original method for us to get inside Baby’s head without the need of traditional prestige acting. This is fairly important in the second act, when the film turns to its romantic B-side and devotes a large chunk of time to better developing who Baby really is as he connects with Debora (played by an enigmatic Lily James). The relationship itself is equal parts La La Land and just about anything by Wes Anderson, which works well because of how the couple bonds over their love of music, as well as a balancing out of their core strengths as people.

For some viewers, this will be considered the weakest part of the film until it bounces back into the thrilling action, but it’s key to remember that the development in this act (and indeed, this is a five-act story instead of a three-act one, further leaning into the musical aspects) is crucial to setting the exact stakes for a more bombastic and staccato second half.

Baby Driver is a delight across the board and an inventive achievement in stunt-work, editing, frame-by-frame storytelling, and simple taste. It can be easy to resort to the typical “style over substance” complaint, which is usually earned. But here, style is a deliberate function of the plot, just as in Wright’s other triumphant films.

On the surface, the story itself is quite simple, which feels more like a saving grace than otherwise. Despite its straightforward characterization, much of the film plays out differently than one might expect. Granted, you’ll see certain twists coming a mile away, but Wright knows this and instead employs unpredictable reactions to keep the story moving.

What pushes Baby Driver above the fold, truly, is the stealth humanization of Baby as a character. Wright pulls off a subtle trick with making the audience believe anything can happen with this character by frequently using his quiet strength to extract wild personalities from the various criminals who want to “get” Baby.

Many scenes allow seemingly cut-and-dry characters played by the likes of Jon Bernthal, Jamie Foxx, Eiza González, and Jon Hamm to project their own personalities and motivations onto this getaway driver they don’t know what to do with. It happens enough times to lure the audience into doing the same thing, and by the end of Baby Driver, there’s a poignant question still lingering around who this character really is and what has made him tick all along.

Certain aspects of Baby Driver aren’t very original, but the movie itself truly is, and it’s a masterwork by one of the most talented directors and writers working today. It’s the kind of film made possible by the fact that auteur directors with the right vision can drift circles around the usual blockbusters.