Is Pixar’s Cars franchise worth another lap with Cars 3?

One of the stark differences between the Cars movies and many of the other Pixar films is that there’s no explicit purpose for its own high concept…except to sell toys. There’s no real commentary on what it means to be a car or own one, and audiences are instead given a “human” comedy that replaces the characters with cartoon sketches simply for visual and experiential distinction.

Even Zootopia, a Disney film that appears to do the same with animals, allows its story to be controlled and guided by the real implications of a society governed by anthropomorphized animals in order to say something relevant about humans. Pixar’s magic has been to get away from that type of storytelling with films like Toy Story, which commit to the real differences between the plight of toys and the separate experience of being a human.

The Cars films do…well, none of this. It’s a big reason why fans of the film have often felt isolated from the larger community of general Pixar fans who have few nice things to say about the franchise. The discussion usually turns to the fact that Cars is a merchandising juggernaut for both Disney and Pixar, arguably fueling the financial prospects of most Pixar films. So it’s interesting to find this idea fleshed out as a meta commentary in Cars 3, which devotes an entire scene to Lightning McQueen rejecting the “selling out” of his brand in pursuit of something greater.

That’s why the biggest limitation of Cars 3 is the fact that it has to mine some goodwill from the first film, a satisfying decision for fans of the movies but a shrug-worthy choice according to just about everyone else.

Cars 3 takes place years after the first one, as Lightning McQueen (again voiced by Owen Wilson) faces pressure to retire now that a new generation of faster rookies come along. With the help of a new trainer named Cruz Ramirez and voiced by Cristela Alonzo, Lightning goes on an unconventional journey of self-discovery that often hearkens back to his early days as the mentee of Doc Hudson.

To be clear, the film is at its most potent when addressing the lack of closure between Lightning and Hudson (whose voice actor Paul Newman sadly passed away in 2008). We can feel Lightning’s earnest desire to gain some wisdom from his mentor, and his struggle with this is on par with great sports films that explore the same territory.

The film also excels in its set pieces, which have been drastically upgraded from Cars 2 with better choreography and some screwball ideas that are a blast. They’re connected by a series of locations that traverse the American South, a wise choice considering the first film’s doting of the west. One way Cars 3 surpasses Cars is in its full commitment to celebrating American culture and southern scenery that is as photo-realistic as the environments in The Good Dinosaur. 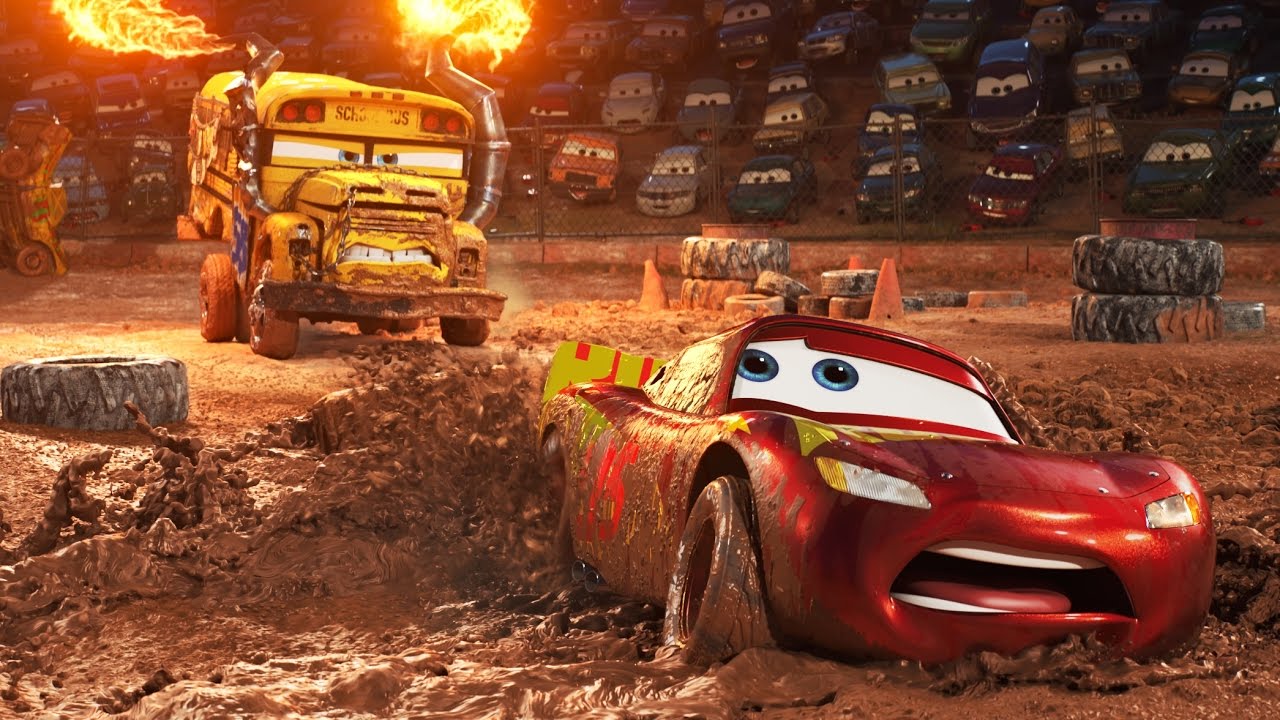 But Cars 3 also has some substantial flaws that keep it from being the best at what it can do. Jackson Storm, voiced by Armie Hammer, is a tragically thin villain who feels supplanted from the worst sports movies. Compared to the engaging characterization of Chick Hicks in the first Cars (and indeed, he’s also here to ham it up in Cars 3 occasionally as a racing announcer), Storm is little more than a throwaway who makes Marvel Cinematic Universe villains look more compelling.

There may also be some controversy surrounding the Cruz Ramirez character, whose subplot with Lightning goes the way of a white male privilege commentary that has its own problematic implications. At best, you’re still saddled with a third act that most adults will see coming miles away, while kids will undoubtedly feel uplifted to an extent.

Cars 3 never fully gets away from being formulaic, but it’s still incredibly pleasing to watch and far worthier of the Pixar brand than previous installments. It manages to take a character like Lightning, whose story felt essentially complete in 2006, and stretches it to believable heights.

*Note: In my video review, I gave Cars 3 a “B+,” but I’ve since gone down after reconsidering the Jackson Storm character.

8 thoughts on “‘Cars 3’ Review: A Surprisingly Good Sports Drama, But With Cars”