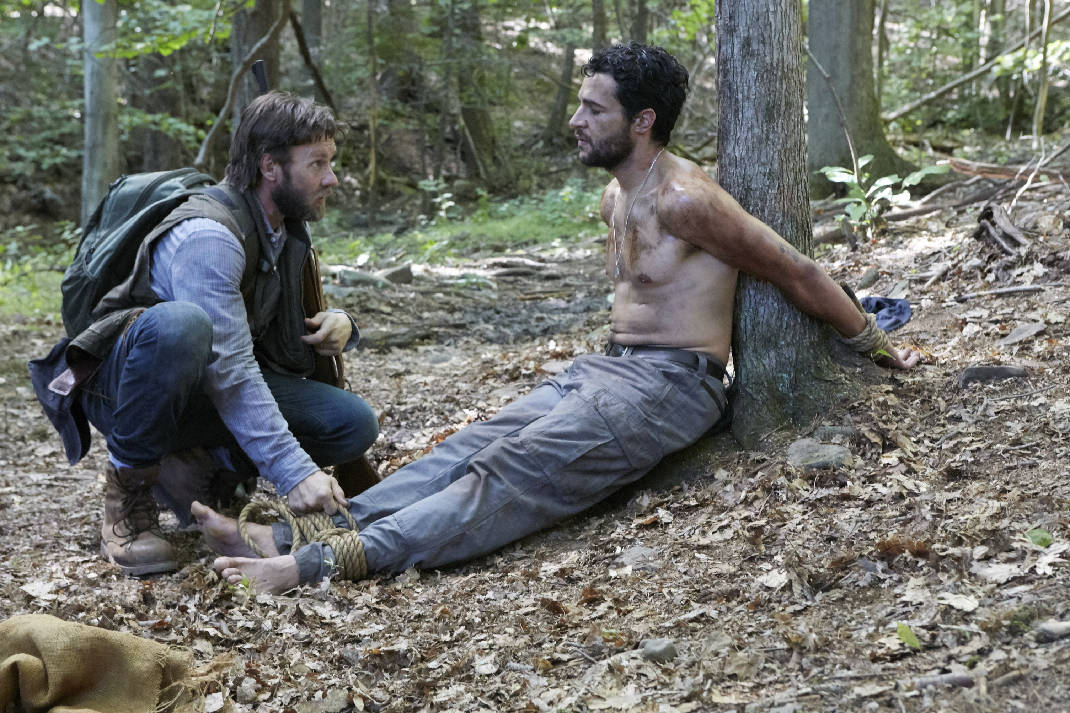 It Comes At Night is yet another horror film from A24 that promises to wrap viewers up in an atmospheric resurgence of creepy tales that rely less on jump scares and more on pure dread. Unfortunately, It Comes At Night falls slightly short of both.

Any film that can transport me into a creepy setting I haven’t thought of in a while, even for a few short moments, is enough to praise the director for pulling off one of the horror genre’s greatest challenges. Trey Edward Shults (Krisha) wrote and direct It Comes At Night, which mostly delivers on what I love the most about these movies. I felt like I was alone in the dark of the woods, or the flashlight brazed wooden hallways of the main house. The fact that this film is centered around a lone survivalist family living in a large house in the woods while an undefined virus wipes out humanity in the nearby cities is just a bonus.

Joel Edgerton plays Paul, the patriarch with the keys to the house wrapped safely around his neck, making the rules for his wife and son and taking as few risks as possible to ensure their safety. Shults mines a lot of symbolism and relatability out of this simple premise, especially when a new young family shows up and is allowed to share the house with Paul, Sarah, and Travis. The growing paranoia that inevitably becomes a boiling point between the two families is wonderfully set up and established, in no small part thanks to Travis’s frequent nightmare sequences that serve as mini-prophecies that effectively delay the climax.

Only when the climax does come, it’s revealed that the entire movie is essentially a misdirect. Though some in the audience will welcome this, if only because they were too caught up in the real movie in front of them, many more will feel let down by quite a few things. The title, It Comes At Night, is an intentional prank. Though it can be stretched to fit what’s truly to come, you’ll feel less convinced as Shults places extraneous scenes of suggestive catastrophe that receive no payoff within their own terms. 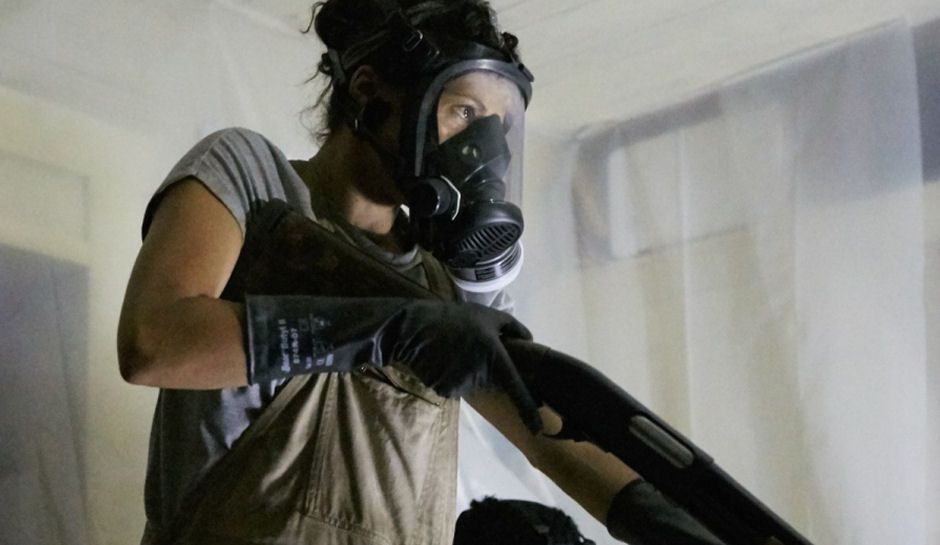 It’s almost impressive how overstuffed the film feels anyway with its ambiguous visual storytelling, a highlight at times, while maddening the next. At one moment, you might be trying to understand the significance of the red door, the only way in and out of the house. Is it meant to invoke Passover, or some type of paradox in how it means “Welcome?” The film doesn’t offer its own stance and instead  rushes to an equally ambiguous ending that at first glance leaves many questions unanswered.

For this reason, It Comes At Night feels like a mandate to give it multiple viewings and a wide array of interpretation for the full effect. Though I never felt at any point during the runtime that this is the main draw, deservedly. What could have been an unconventional post-apocalypse narrative drenched in nihilism instead comes off as one of the Walking Dead episodes that tries to be more meaningful than it really is. It’s a passable (albeit beautiful) thriller infatuated with horror, while never bothering to commit.