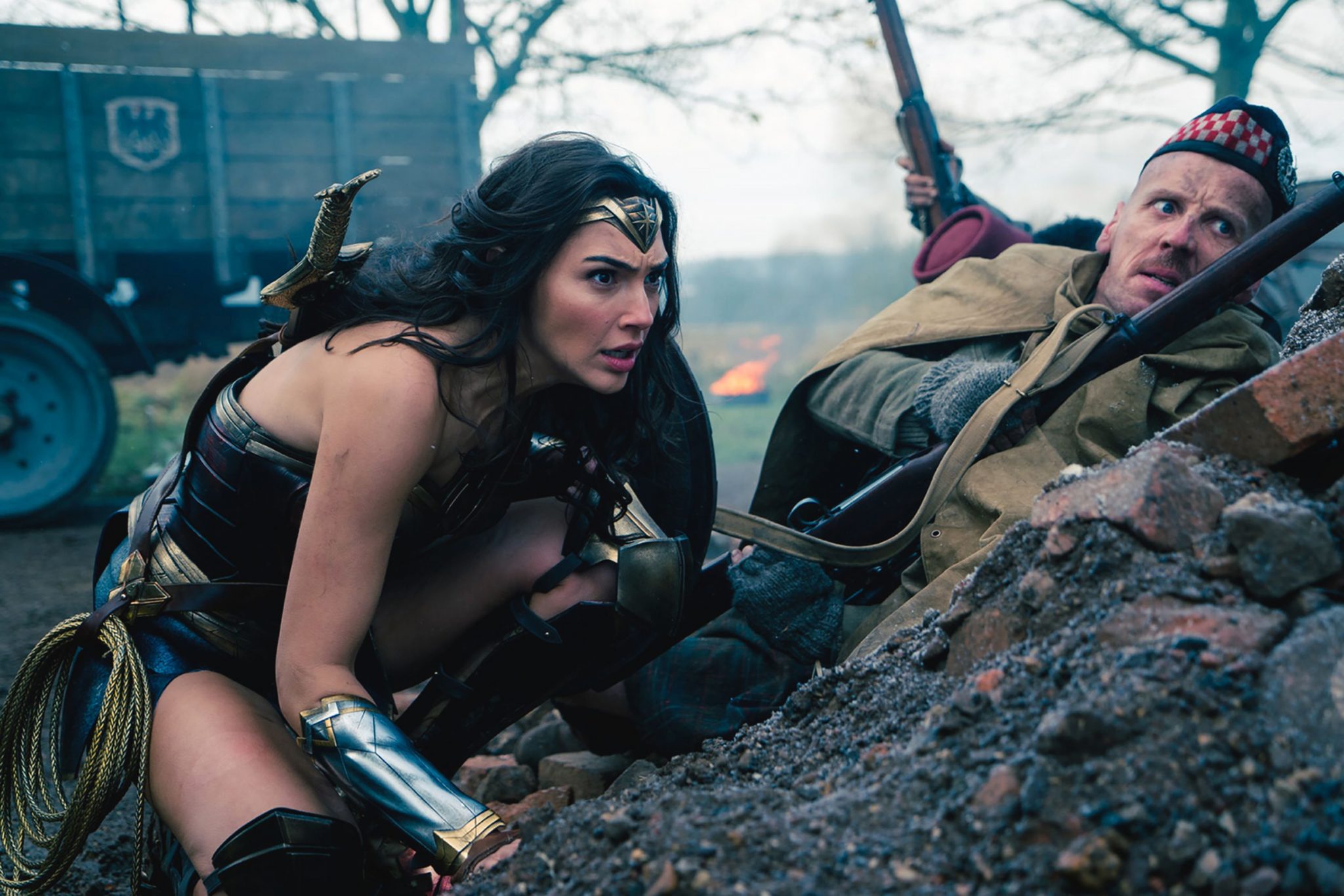 Wonder Woman is the long-awaited blockbuster superhero flick featuring the world’s most famous superheroine. It’s also a much-needed palate-cleanser for DC and Warner Bros’ shared universe movies. But in a lot of ways, Wonder Woman herself carries far more important burdens than the woes of a franchise.

The studios that make comic-book movies have had a serious problem with delivering female-centric movies. It took 75 years to bring Wonder Woman, one of the most iconic superheroes of all time, to the big screen, long after Catwoman, Elektra, and even Supergirl in the 80s.

In all that time, we’ve had numerous Superman and Batman films, three Spider-Man continuities, and a slew of lesser-known characters like Spawn, Steel, and even Jonah Hex on the big screen before Diana Prince, who has long been relegated to enjoyable TV shows and animated movies.

But no longer. Following up on her tremendous screen presence in the otherwise malignant Batman v Superman: Dawn of Justice, Gal Gadot returns as the sword-and-shield clad force of agency, this time with a backstory that carefully steps around the comics in many ways, while still playing tribute to the character’s best traits. 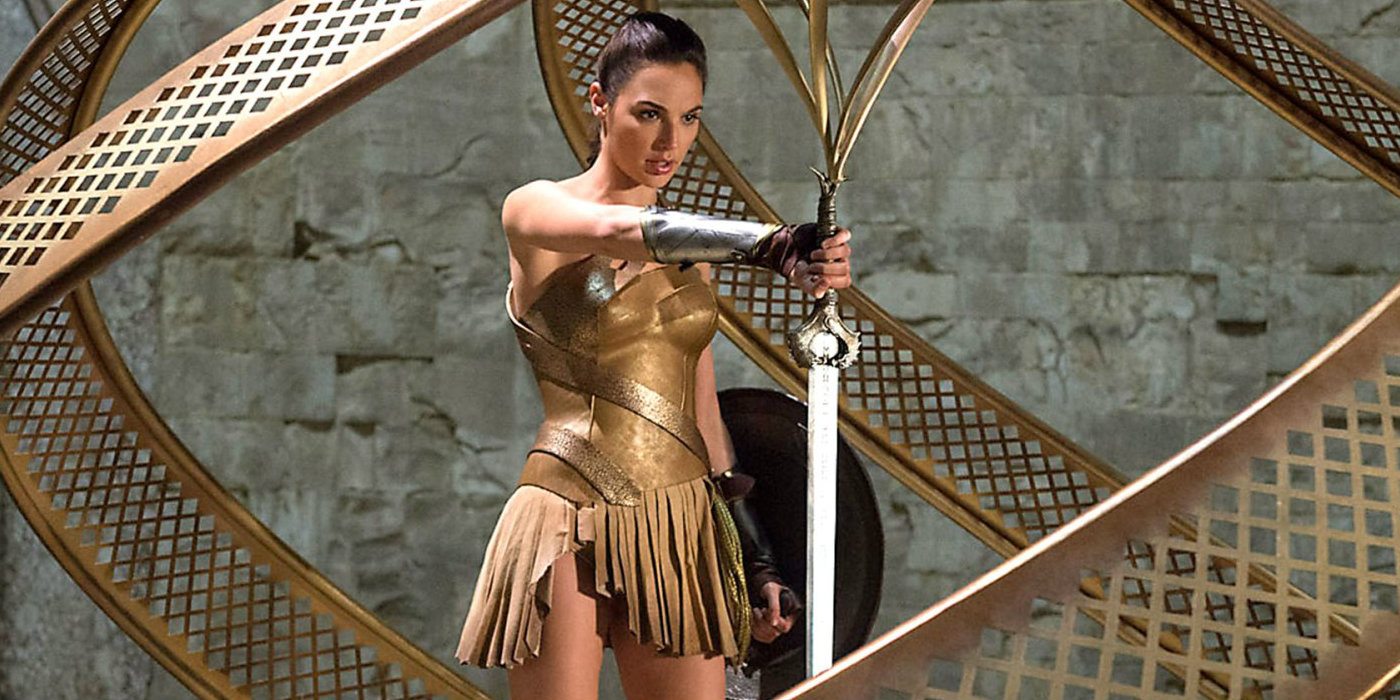 In Wonder Woman, Diana grows up on Themyscira, a hidden paradise island inhabited only by Amazonian women who do not age. They’ve spent thousands of years in perpetual training, preparing for an eventual confrontation with one of the last remaining Greek myths: Ares, the god of war. When a World War I soldier in a fighter plane crash lands on the island’s shores, bringing the war with him, Diana journeys with him to the frontlines to find Ares and stop the war.

The journey of Diana as a character is easily Wonder Woman‘s greatest strength. It bears repeating that Gadot’s screen presence is one of the more remarkable casting choices in recent memory for these films, up there with Robert Downey Jr.’s Iron Man and Heath Ledger’s Joker. She plays the character on a delicate line of intelligence, sincerity, and believable strength that is empowering without compromise.

As the film unfolds, we discover much of what drives Diana’s heart. She believes that taking action, in any way possible, is the solution to just about any problem, and though the movie doesn’t faithfully address the perils of such a worldview (it prefers to let the audience experience these scenes as a welcome catharsis), it does manage to circumvent her predisposition’s about man’s world and learn an agreeable message about it. What would have come across as a bit hokey in say, a CW show about the same character, Gadot blazes through it with a tremendous visual language at her side, as well as an entertaining support staff of Dirty Dozen types. 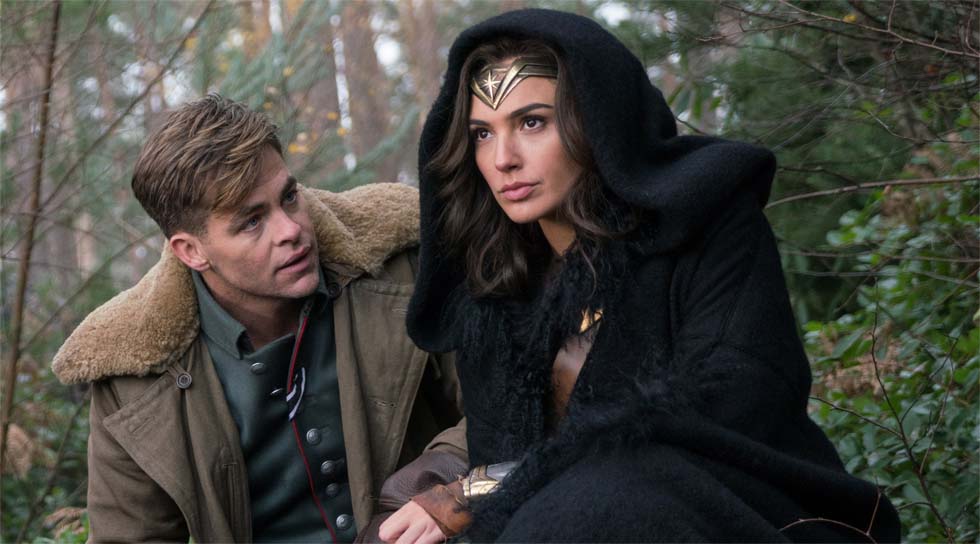 Much of the rest of Wonder Woman varies from fine to mediocre, with little exception. It suffers from a problematic third act sequence that feels ripped from the deleted scenes of Dawn of Justice (complete with a sloppy visual effects style robbed of all tension), a woefully predictable plot twist, and some underutilized villains. Danny Huston plays a wonderfully unhinged German general, but his main confidant, Dr. Poison (played well by Elena Anaya) is an essentially wasted concept. You won’t care much, however, because the best action choreography and set pieces come when Diana is allowed to punch, spin, kick, and lasso disposable soldiers after bravely crossing No Man’s Land (one of the film’s more fun sequences of verbal irony).

What truly keeps Wonder Woman from reaching the incredible heights it deserves is in its smaller moments between Diana and Steve Trevor, played admirably by Chris Pine. Though Pine is written well as Diana’s supporting character and fish-out-water translator, the two share some unfortunately awkward and drawn out “downtime” scenes that feel quite out of place for what is meant to be a period piece superhero film. Neither actor falls short here, though, and their engaging performances are undoubtedly the result of director Patty Jenkins. But there’s a clear editing problem with how these important moments play out, usually to insert some studio-mandated humor that works intermittently.

When Wonder Woman feels more like Jenkins’ singular vision, it is unquestionably excellent, but outside influences are clearly present in what would otherwise be the best superhero movie in years. For now, it’s comfortably DC’s best offering since The Dark Knight.