This theory about Guardians of the Galaxy Vol. 2 contains spoilers (obviously). But it will still be here when you’re done watching the movie, hopefully. This theory is available as a video (above) or as a transcription (below).

Guardians of the Galaxy Vol. 2 was, in my opinion, a fantastic follow-up to one of Marvel’s best movies and much better than the usual MCU sequel. But there is one aspect of the movie that has been driving me and plenty of other fans crazy with confusion, and that has to do with Ego the Living Planet, portrayed in his human form by Kurt Russell.

As you may recall, we find out in the movie that Ego is Peter Quill’s biological father, and the two share genetics that allow them to channel a powerful godlike energy. At first, Peter is thrilled about the truth of his parentage, being promised to help Ego carve out a new world of their making. But he’s instantly broken from Ego’s spell when told the full, sinister story.

And that’s where I started to scratch my head with this movie. The explanation for what Ego has really been doing and why for thousands of years is a bit…strange, even for a living planet. We find out that Ego has visited countless planets over the years, and Peter is hardly the first child he’s had brought to him by Yondu. He tells Peter that he’s been searching for him ever since Yondu decided to keep him as his own, but that raises a big question.

If Peter is so important to Ego, then why did he trust Yondu of all people to go get him? And when Yondu betrayed Ego, why didn’t he bother to hunt down the ravagers?

This theory gets to the bottom of this and one other big question. Why would Ego want to kill Peter Quill’s mother? When he tells Peter that he put the tumor in Meredith Quill, Peter rightfully turns on his father and their entire dynamic shifts completely. But after seeing the movie, I couldn’t understand why Ego would want to kill Meredith in the first place. 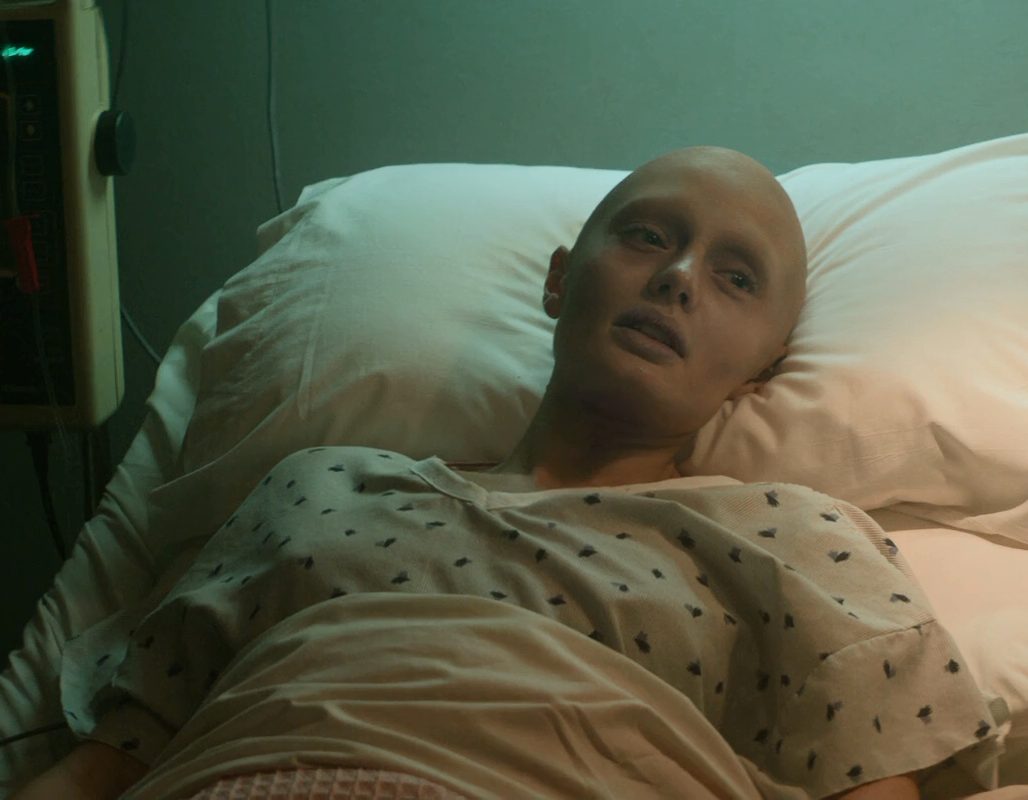 If Meredith is the one person who has given birth to a child that has the right genetics for Ego to charge his planet, then why kill her off and put all your hopes into one child? In the movie, Ego claims he loved Meredith too much and wanted to keep himself from staying on Earth forever, which is alarming for multiple reasons. If that’s really the case, then why not take Meredith back with him to his planet, especially if that means he can keep having “battery children” with her?

I also can’t buy the idea that Ego entrusts Yondu with retrieving Peter because he can’t stand going back to Earth. Why then does he send Yondu to the countless other lovers he’s mated with over the centuries? Did he really love all of them, too? Something is clearly missing in Ego’s exposition.

I believe that Ego never really loved Meredith Quill at all, but instead, he was using the “story” of their loving relationship to persuade Peter into trusting him. In other words, Ego is an unreliable narrator. And when Ego slips up and tells Peter he killed Meredith, it’s a tragic flaw of his character to not realize that Peter would find this despicable. 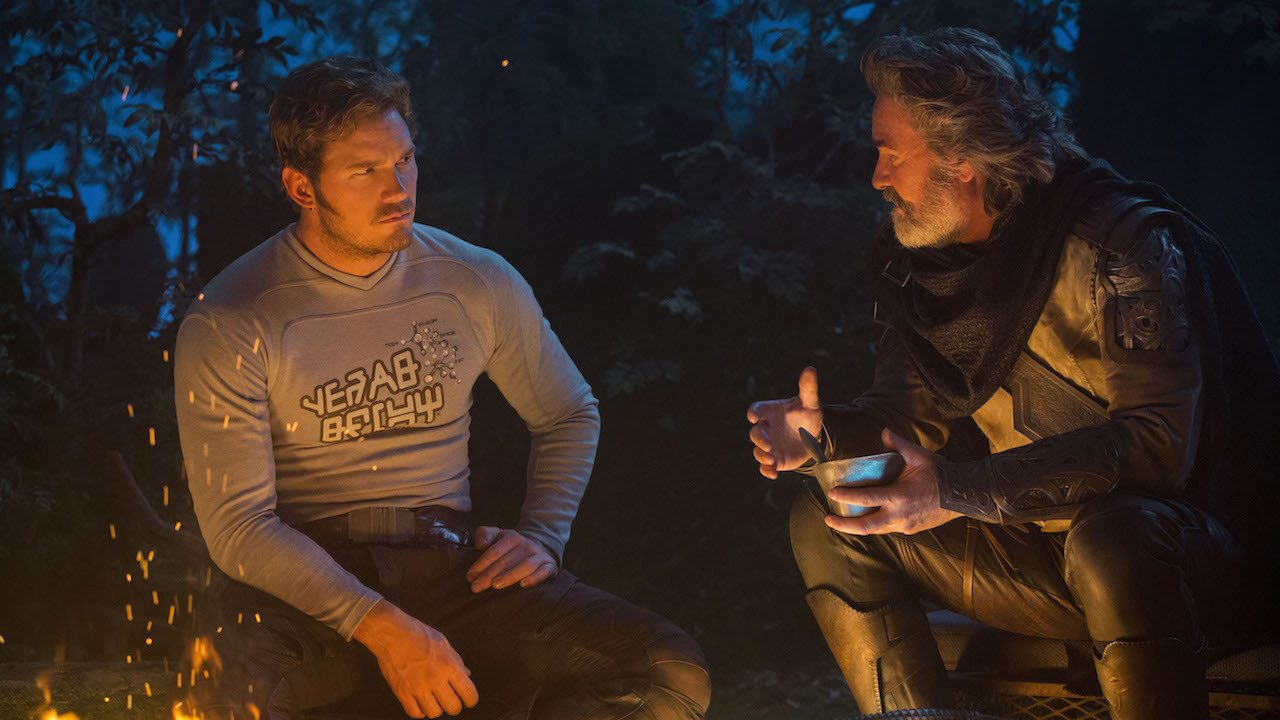 And the reason for Ego not really loving Meredith, or Peter for that matter, is actually explained underneath the surface of the script. His entire master plan is to turn the entire universe into himself. He has a big enough ego to believe that everything should be like him. He can carelessly kill anyone who isn’t him because they’re not better than him, and he doesn’t even turn on Peter until he decides that his own son isn’t worthy of being like him.

In other words, Ego is incapable of love. He doesn’t understand what it really is, and he slips up with telling Peter he killed Meredith because he doesn’t feel remorse for it, and he fails to consider Peter’s reaction.

So then why didn’t Ego manage to find Peter Quill for so long?

Seems like a big plot hole, considering how easy it was for him to find the Guardians of the Galaxy. Right?

Well, it seems to me that Ego didn’t go looking for Peter until he found out that someone named Star-Lord had managed to hold an Infinity Stone and defeat Ronan. Before that happened, Ego must not have cared all that much about Yondu betraying him, believing Peter to just be another failed experiment. Or he figured Yondu had failed him and hadn’t been able to get Peter in the first place. Either way, he didn’t know that Peter was special until the events of the first movie, which is why he finds Peter so quickly in the sequel, which takes place not very long after the first movie.

This is also why Ego didn’t care about killing Meredith. At that point, he didn’t realize that she had produced the first viable offspring in his string of deranged experiments. But again, why kill any of his experiments at all? Why be so heartless? I believe Ego killed Meredith and all the rest in order to conceal his identity. After all, he lives in the fringes of space and is also planning to take over the galaxy. Not exactly a public figure, that Ego.

We know from the opening scenes of both Guardians movies that Meredith has an inkling of who Ego really is, and she even knows about Ego’s Dairy Queen death plant. This ties into why Ego sends ravagers to kidnap kids from other planets. It’s to avoid the Nova Corps from finding out that a celestial is trying to make a huge power move.

Ego cuts off all of his loose ends wherever he goes, explaining the pile of bones Gamora discovers in his caves and how it’s implied that he wiped out Mantis’s people as well. We can also surmise that his planet is like a Venus flytrap, ensnaring anyone who stumbles across his planet. And he’s doing all this in order to prevent Nova or similarly powerful forces from discovering his evil plans and trying to undo them.

There are some other threads to this I’m still considering, like why he needs Mantis to help him sleep and how he uses her to control people, for example, and the full extent of his powers as a supposed celestial. Which is why I now turn the theorizing over to you. What do you think I missed in my summation of Ego’s role and motivations in Guardians of the Galaxy Vol. 2?

21 thoughts on “Guardians of the Galaxy Vol. 2 Theory: Why EGO Killed [Spoilers]”