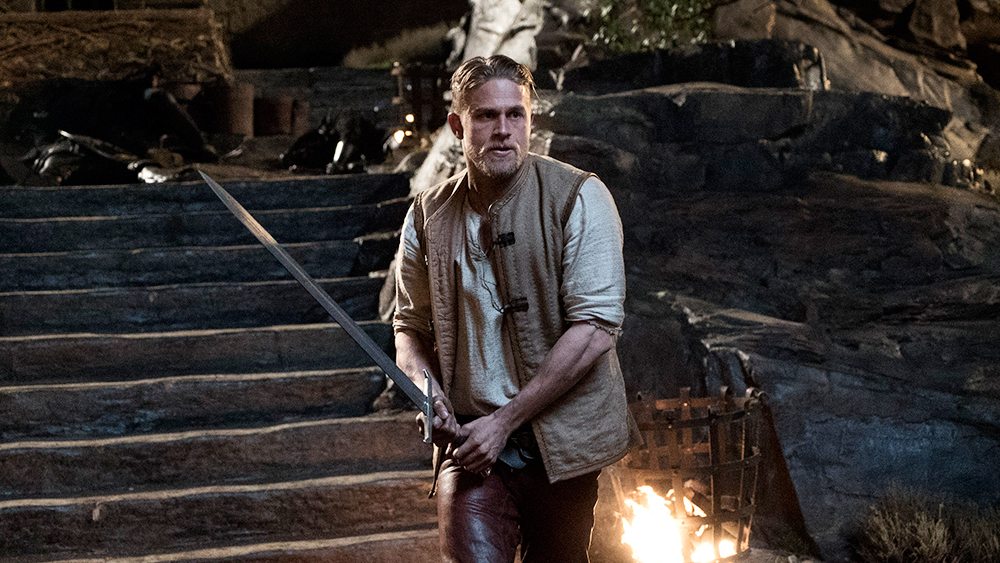 King Arthur: Legend of the Sword reimagines the Arthurian legend himself as a UFC fighter trapped in a God of War video game trying to be an episode of Game of Thrones. If that doesn’t sound at all appealing to you, then perhaps the studio can re-cut this mess for you again.

Every generation gets its own rendition of the King Arthur myth, and they’re almost always perfectly reminiscent of the times they’re brought in. If Antoine Fuqua’s King Arthur was meant to capture the “gritty realism” phenomenon playing out in 2004, then Guy Ritchie’s Legend of the Sword is the inevitable backlash.

Set in an alternate mythic version of England where calendars and historical context hold no meaning, Legend of the Sword once again tells a version of the story about a born king named Arthur (played by Charlie Hunnam) who pulls the titular sword out of the stone. But rather than unite England as its new king, he has to do battle with the current king instead (his Shakespearean uncle, played by Jude Law) in an already united England. Aptly timed with 2017 England’s own political events featuring a “resistance,” Arthur forms a budding group of rebels who hatch schemes against their mage tyrant.

Considering the wealth of lore, subtext, and fantasy surrounding the multiple iterations of the King Arthur story, this new film is somehow one of the most simplistic in its myth. Arthur has daddy issues, he’s plagued by terrible memories, and he has to somehow defeat his evil uncle who wants to take over the world. His only moments of endearment come in small bursts of camaraderie found in a consistently entertaining cast of side characters. Djimon Hounsou, Aidan Gillen, and Tom Wu are clear highlights, though the rebels’ resident and nameless mage played by Àstrid Bergès-Frisbey is severely underwritten. 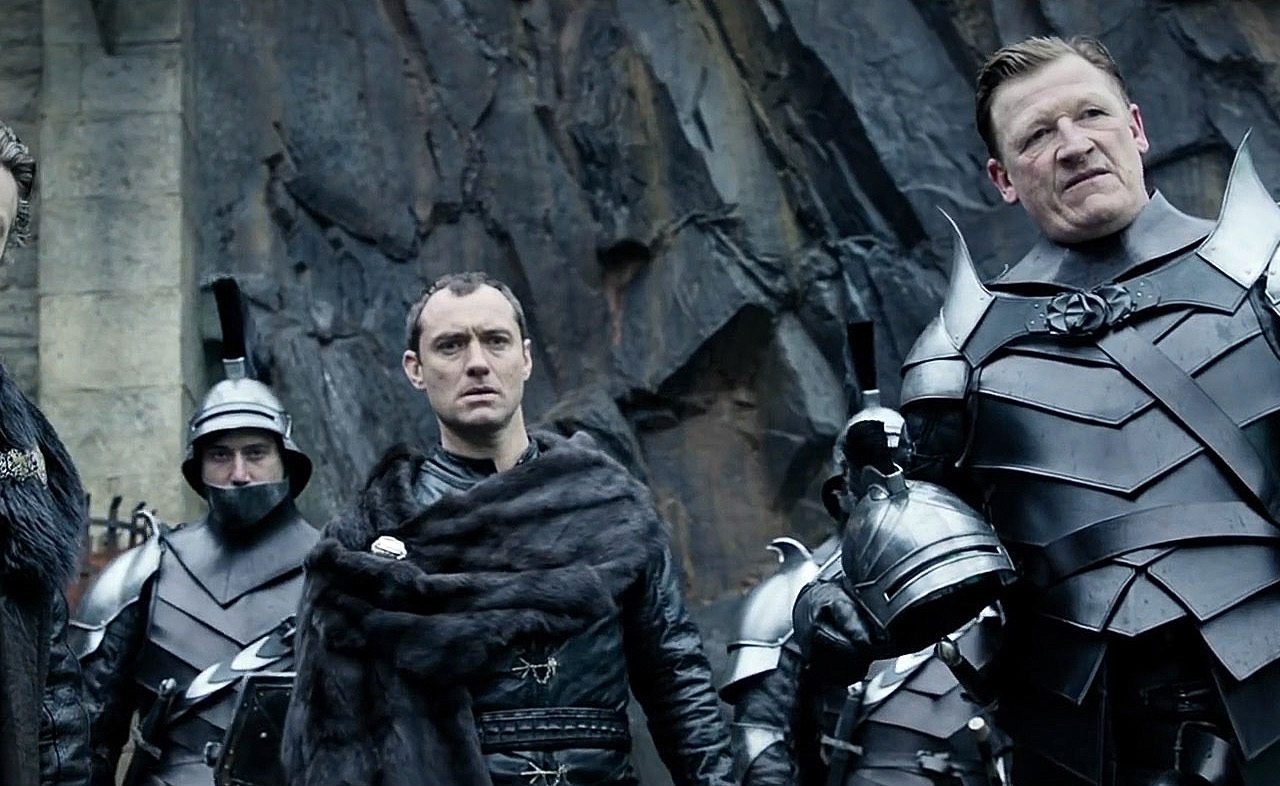 Not to say anyone in this film has anything close to a coherent character arc, unless it’s a vapid one in perfect servitude to the life and times of Arthur and his cut-scene sword. In order to enjoy Legend of the Sword, the audience has to be fully onboard with Ritchie’s vague, dreamlike blockbuster version of a narrative that repeats cutaway exposition editing that was unique several decades ago about three more times than what would have been effective.

Ritchie does play around with some welcome shortcuts in place of the typical montage—Arthur’s early life as a boy turned brothel manager is particularly engaging—but virtually nothing else in this movie contains anything new or interesting to say, reeking of studio interference that creeps into the script until the third act comes charging along to undo all of the goodwill mustered by the first half.

That’s why there’s probably a cult classic hiding somewhere on the cutting room floor of Legend of the Sword that plays closer to whatever Ritchie must have truly had in mind. This is a final production that has clearly been tampered with, both in its editing and script. Or Ritchie simply needs to go back to smaller projects where he can do more with less.

5 thoughts on “Review: ‘King Arthur: Legend of the Sword’ Has The Makings Of A Decent Director’s Cut”