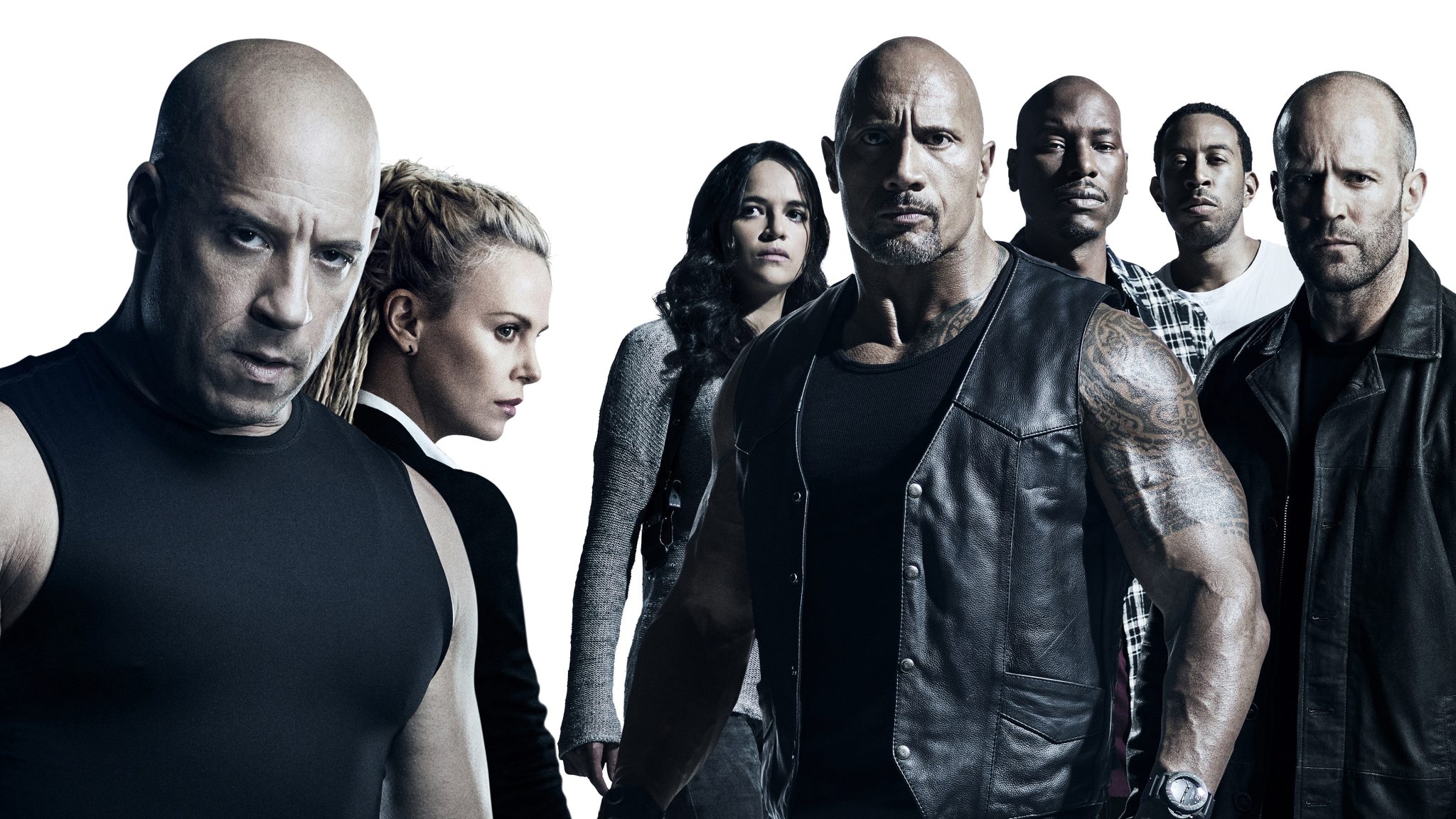 The Fate of the Furious is an easy film to understand just by taking a second look at its title, which feels designed for a hashtag (F8), rather than something new or creatively crafted. This is the eighth installment of a 16-year-long franchise that has more or less stayed alive and successful by finding increasingly silly ways to escalate its rising action to a series climax that has never been hazier.

In F8, we have what many 2017 films seem destined to use as a plot device: a hero of the series (Dominic Toretto, who long slipped into Vin Diesel simply playing himself) “goes rogue” and his former teammates have to team up to try and stop him.

At this point in the franchise, the “family” almost solely consists of former enemies Dom has picked up over the years, including an indefensibly sympathetic Shaw (Jason Statham) who is wrapped up with a retcon for the last two movies, pitting Charlize Theron’s “Cipher” as the real villain all along…somehow. And her isolated master plan is at least one that generates some intense moments, including a deluge of remote controlled cars that devastate New York City.

There seems to be a clear effort from director F. Gary Gray (Straight Outta Compton, Italian Job) to ground this franchise in darker subplots that make the characters feel somewhat less immortal, not just in the sense that they’ll die, but also in how death wrecks the characters. But overall, the movie’s main thrust (being a Saturday Morning Cartoon for adults) never gives way to any of the semi-serious tone that now has to reconcile with Dom’s never-ending sense of family, a theme that has certainly run its course as a passable explanation for what brings these characters together. 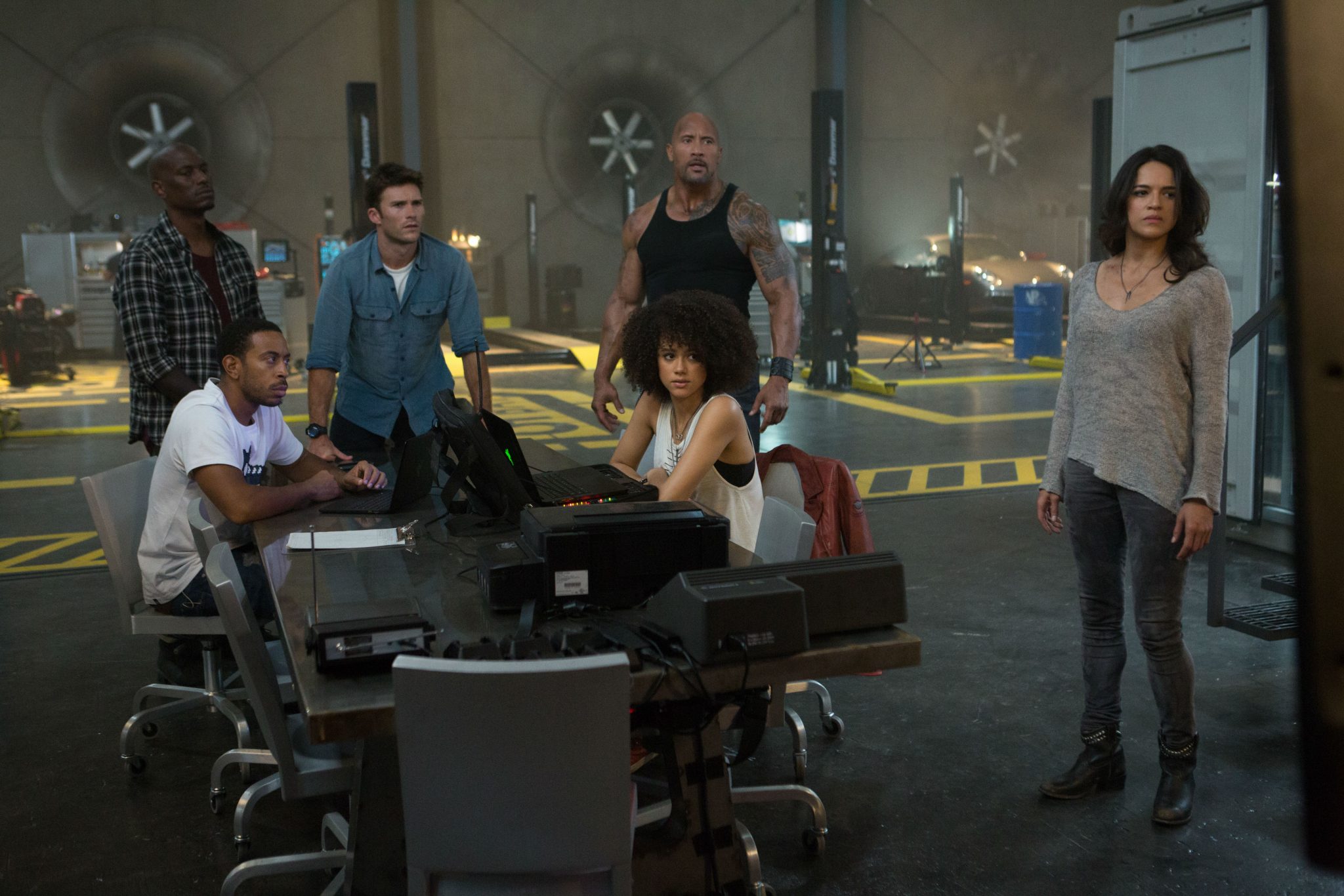 Yet F8 also consists of some of the most exciting and entertaining set pieces in the franchise to date, including some playful development involving Shaw and Hobbs (Dwayne Johnson in a bigger role than Furious 7) charming their way to what is hopefully spinoff territory, or just a retooling of the series that lets these two action heroes take the reigns. Aside from them, none of the familiar characters here are given a shred of character growth, and F8 only advances the plot of their lives in superficial ways that feel tacked on. And that’s not even mentioning the sloppy effort to replace Paul Walker with Scott Eastwood. There’s no question Furious 7 handled Walker’s tragic death with class, so it’s strange to see F8 stumble with this just two years later.

As the various family members deal with having to take down Dom, there’s no learning, application, or self-reflection to get them there. They simply do what they’ve done before; Roman wisecracks, Leti is always there for Dom, everyone drives fast, etc. It’s surprisingly weightless, even for a blockbuster franchise that has won many people over for how accessibly fun it can be, while still having enough style and shiny lights to bring you back for the next one.

If that was the only goal, then F8 does its job fine. And at times, it’s truly a spectacle that deserves to be seen on as big a screen as possible. But there’s no denying the early signs of a series that is running dangerously low on steam for the first time since 2005.