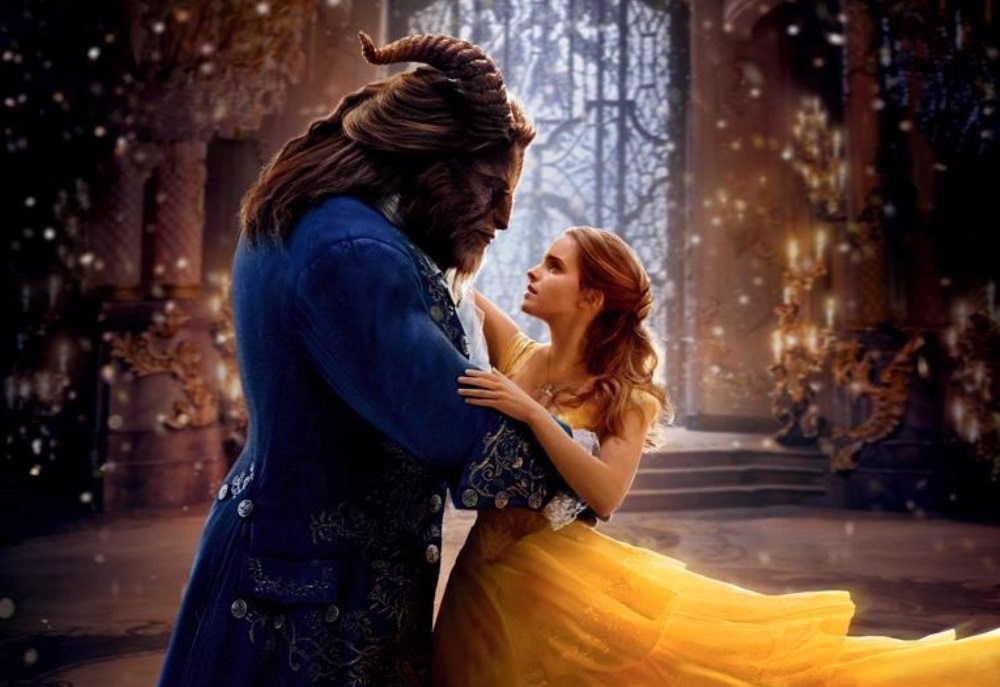 There’s no major, heavy-handed flaw that brings down Beauty and the Beast, the latest of Disney’s live-action remakes. Rather, this film falls apart from its own weight of bad decisions, made very carefully to not to mess with one of Disney’s most beloved classics too much for fear of losing the same magic that brought animated films to the prestigious forefront of Hollywood.

The original conception hasn’t changed at all, really. A young, beautiful girl living in a small French village finds herself the prisoner of a cursed prince who was transformed into a beast for being vain. They have to fall in love in order to break the spell, and his castle’s magical servants — a collection of humans transformed into the prince’s belongings in case that wasn’t subtle enough — orchestrate elaborate ways to bring these two mismatched people together.

This is, of course, a remake that feels far more faithful to the word, in that a vast majority of this film is a recycled mess of frames, songs, characters, and ideas that are mixed together with a few more expanded subplots that try to explain the world of Beauty and the Beast better than previous adaptations. For what it’s worth, this is a longer movie that lets the characters breathe when necessary.

The trouble is that Disney’s answer to defending this remake’s existence is by over-explaining the exposition of this world and its inhabitants, robbing us of any nuance or mystery as full character motivations are described by either voiceover or ham-fisted declarations more suitable for a stage play. There’s a good effort here, though, to fix some of the perceived problems of the 1991 adaptation, like toning down the unlikable nature of the Beast earlier and with less violence on his part, so his budding relationship with Belle can be more believable and fleshed out. 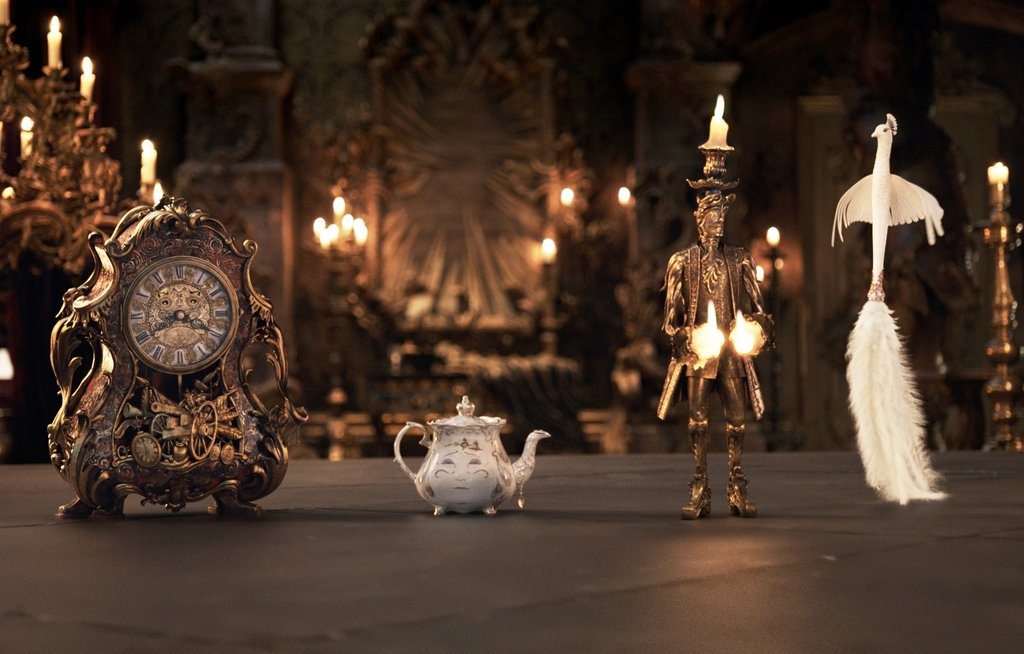 In a better movie, that might have been enough to give Beauty and the Beast a real purpose for taking a victory lap, as the film also manages to pull off some impressive musical beats that show off director Bill Condon’s best work from Dreamgirls. Sadly, it seems this movie also inherits his romantic habits from the two Twilight films he directed, in that Dan Stevens and Emma Watson (who play the titular characters) are the weakest points of a movie that absolutely relies on their chemistry to succeed.

That’s not to say either performer does a terrible job here. Dan Stevens (Legion, Downton Abbey) does fine work trying to imitate the emotive Beast from the animated film, and it’s not his fault he can’t possibly measure up to Glen Keane’s legendary character. For what the film is trying to be, Stevens does a serviceable job bringing a CGI beast to life under what must have been a huge budget.

It’s Emma Watson (Harry Potter, Bling Ring) who seems unprepared to carry this film as the heart of its romance. She’s more passionless film critic than audience surrogate, frequently turning her nose to obviously wondrous set pieces and working off of a very limited range of expressions and vocabulary. It doesn’t help that her singing is a bit on the lump side as well, pushed harder by obvious autotune that doesn’t blend well with the superior voice work happening all around her.

Worse, there’s not much done here with the Belle character. Beast gets a new musical number and some chances for identity beyond being mean and clumsy. In this film, he’s a bit of a reader, so he and Belle have something conceivable to bond over. But Belle is a poorly written presence by comparison, often reminiscent of the kind, but independent Belle from the 1991 version without much else to cling to aside from the introduction of a forced backstory involving her life in Paris. None of these threads come together well, making for a more forgettable character than this tale deserves. 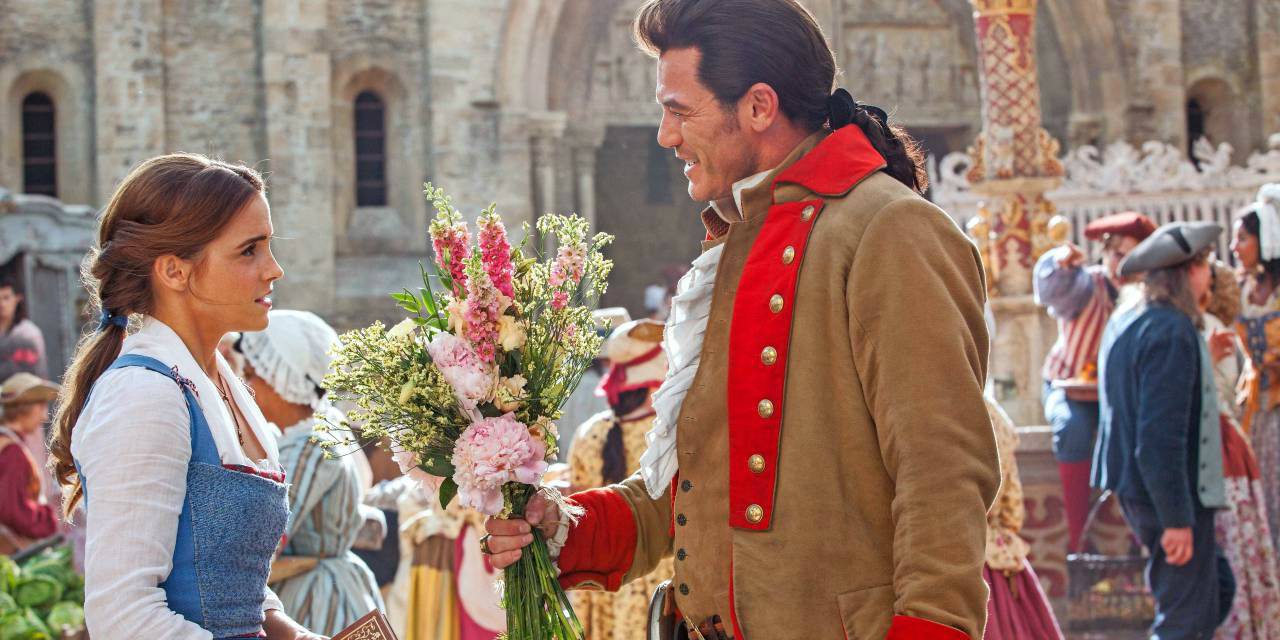 Still, there really isn’t anything atrociously bad about Beauty and the Beast apart from how tragic it is as a missed opportunity for Disney’s live-action retreads. Rather than upgrade the classic with authentic accents and an updated, more modern story (seriously, there was a great opportunity to pivot the villain, here), the film seems more content on going through the motions as best it can without the luxury of animation to make itself more enchanting. Luke Evans (Dracula Untold) as Gaston is about the only actor who tries to bring some worldly relevance to his role, while still hamming it up alongside the somewhat subdued and one-note LeFou, played by Josh Gad (Frozen).

When Beauty and the Beast does manage to pull off genuine moments of wonder, it’s every bit as likable as its predecessor. But the movie never surprises and it certainly never surpasses what it’s borrowing from. Granted, it’s beautifully realized and the production design is a positive step forward for Disney films, but nothing here is satisfying enough to make up for the fact that this is a revisionist tale lacking true vision.