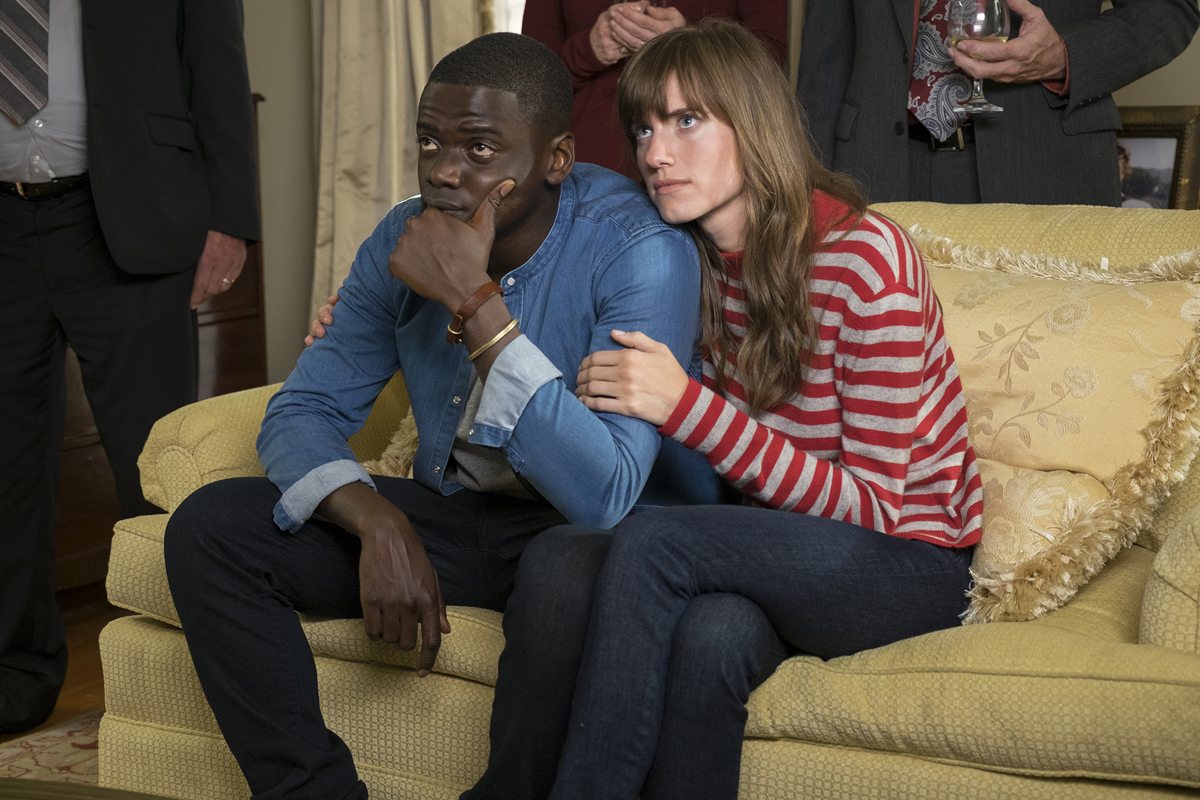 Get Out opens with a simple (and frightening) tone, then splinters off into competing genres of horror, mystery, and even comedy. And not necessarily in that order. Directed and written by Jordan Peele in his directorial debut, Get Out centers around Chris, a straight-talking young black man (Daniel Kaluuya) who goes to meet his white girlfriend’s liberal, well-to-do family.

Take out some of those adjectives, and you can see how easy it is to set a mood of discomfort there for Chris, who suspects from the first night that not all is what it seems. Is it paranoia, social commentary, or a strange mix of both? Get Out proposes the latter, and that’s probably why most moviegoers will have a great time with it.

As shown in the trailers, the first red flag for Chris as he visits this film’s version of the White House is the family’s set of bizarrely-behaved housekeepers, each one a black person working for the Armitage family, played by Bradley Whitford and Catherine Keener. Chris’s girlfriend Rose (played by Allison Williams) insists that her family, while a bit tone-deaf, is certainly not racist. She’s the first to rise to Chris’s defense during most of the early encounters that convince the audience they’re watching a relevant piece of film with clear echoes of Black Lives Matter commentary, from a police encounter that singles Chris out for no reason to a dinner party where the guests ogle Chris’s appearance.

It all leads to some unconventional and even wacky horror and intrigue, but one with a refreshingly balanced perspective. Peele, who gained inspiration from Night of the Living Dead and The Stepford Wives, transforms the sensibilities of those genre flicks into something almost original in its craft and definitely in what it has to say about a theme I won’t dare spoil. The film is meant to be uncomfortable for multiple demographics for multiple reasons, and it doesn’t hurt that behind it all is a competently made film with tight pacing and consistent thrills. It’s not quite as scary or unsettling as some of the genre’s fans might want or expect, but it’s certainly ahead of the curve in its psychological horror. 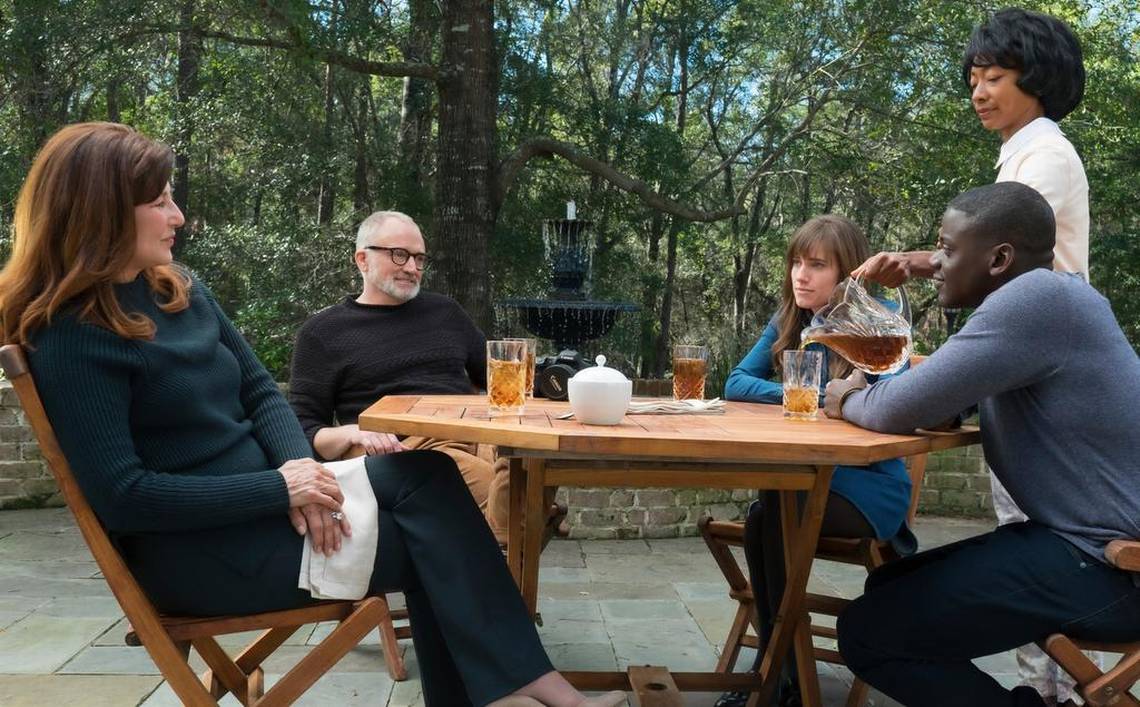 And weirdly enough, it’s also funny when it needs to be, though more as comedy relief than as deliberate comedy. That goes back to how the pacing allows steady breathers for a savvy audience, especially the handful who will be far more aware of what’s going to happen before some of the characters do. Of course, everything gets a little more serious toward the very end of the movie, but it’s all noticeably less impressive than some of the more subtle workings that precede it, a common issue with mainstream horror that Get Out gets somewhat of a pass on because it’s so incredibly satisfying in its own way.

Get Out could have easily been an aggressive take on modern prejudice and race relations that goes after easy targets, perhaps because that’s what audiences are so accustomed to. In the other direction, it could have come off as preachy and dismissive. Instead, it’s scary for all the right reasons.