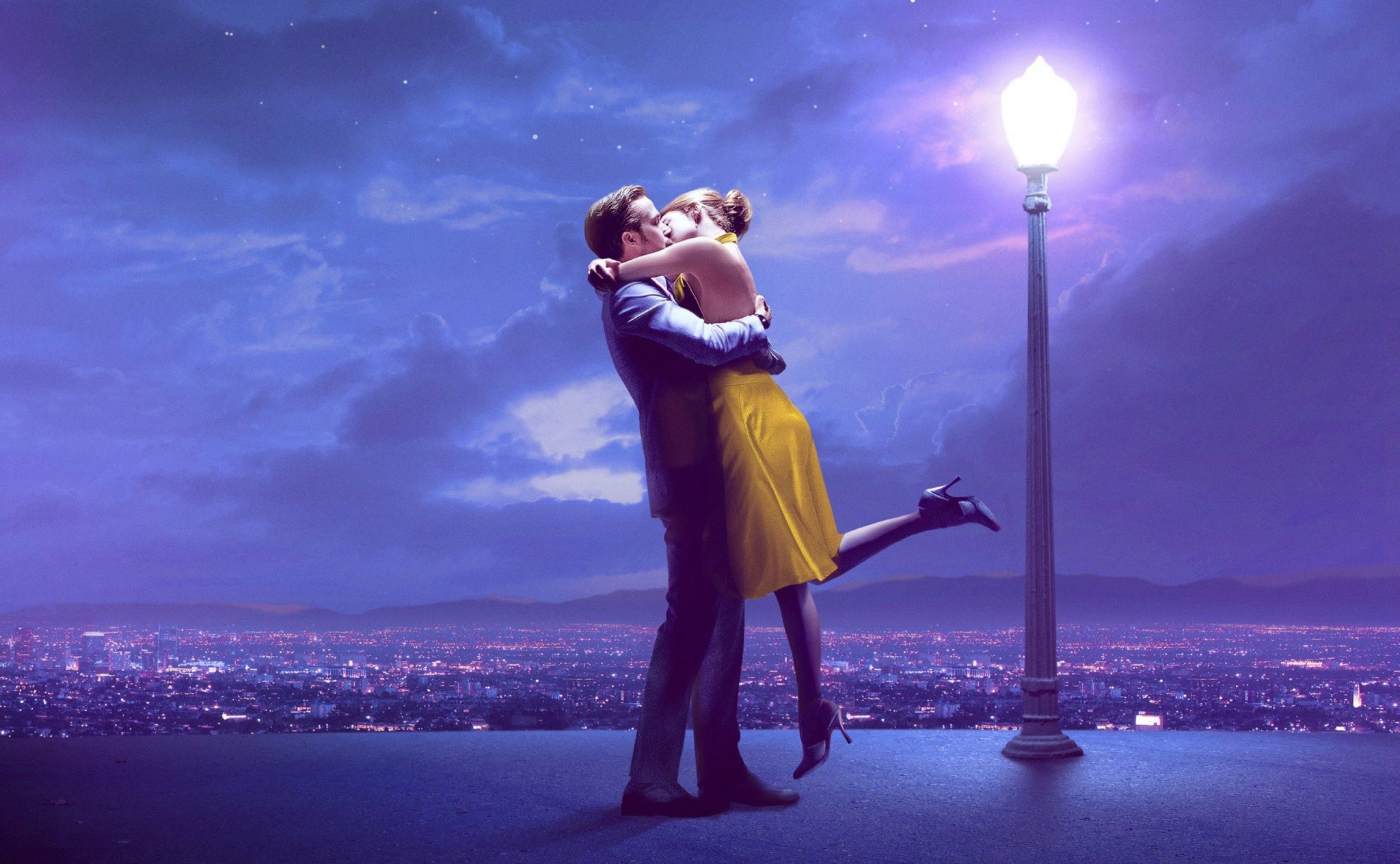 La La Land, starring Emma Stone and Ryan Gosling and directed by Whiplash director Damien Chazelle, is a clear frontrunner for Best Picture at the Oscars this year, and it will likely win. Weirdly enough, a lot of people across the filmgoing spectrum aren’t very happy about that.

The set up for the movie is deceptively simple: two dreamers living in present-day LA fall in love as they both struggle to accomplish their audacious creative goals. If that sounds a lot like Singin’ in the Rain, then you’re on the same page as the director. But as you watch the actual film, you’ll probably notice more material riffed from The Umbrellas of Cherbourg (1964) than anything else.

It’s a contemporary musical, essentially, with original music and some bold homage cinematography, especially toward the film’s vigorous “What if?” epilogue. And though many critics and audiences have gone head over heels for the film, myself included to an extent, there’s been a decisive backlash against the merits of La La Land and whether or not it deserves all the praise it gets.

Yes, people are calling it overrated, and these complaints will absolutely be exacerbated if the film continues to clean up this awards season, already cinching several key Golden Globes this past week. 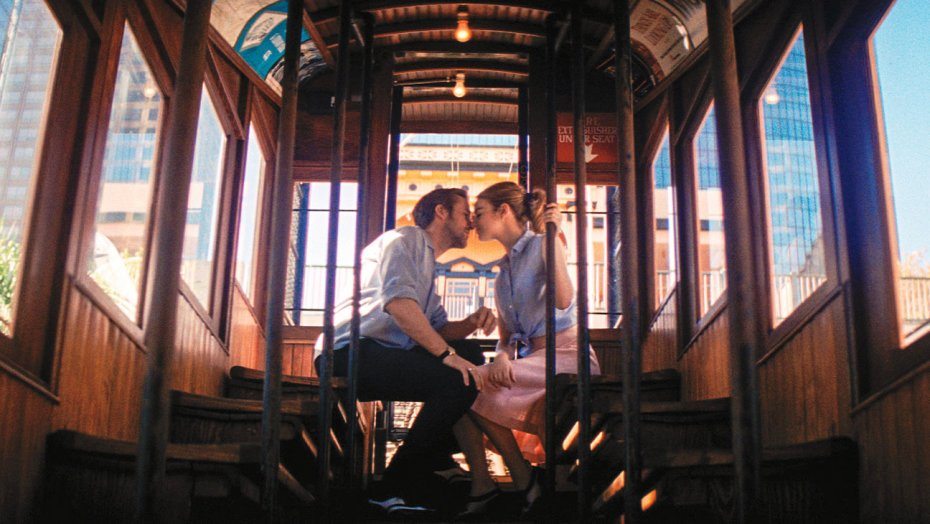 Now, I’ve always been quite open about my stance on calling films “overrated,” in that I think it’s an empty criticism. For the most part, I’m reacting to the fact that I didn’t resonate with a movie that was demonstrably more effective for a wide group of people at a very specific time. That may not “last,” and the film may fade away despite its momentary fame (see films like Crash and Avatar). But that doesn’t invalidate the positive moviegoing experience genuinely had by many…even if some watchers cling to a popular opinion instead of what they they really think, which doesn’t mean a film is overrated. It’s just been overhyped. Propped up on what it represents rather than what it does.

You can make an argument, then, that La La Land is overhyped, but I would also disagree with that, as well. Though the film can be as negatively deconstructed as any other creative property, it’s still incredibly well-realized and well-made. Even if you disagree with some of its core messages and what the script intentionally tried to communicate.

From here on out, this post contains SPOILERS for La La Land.

The Subtlety of Homage 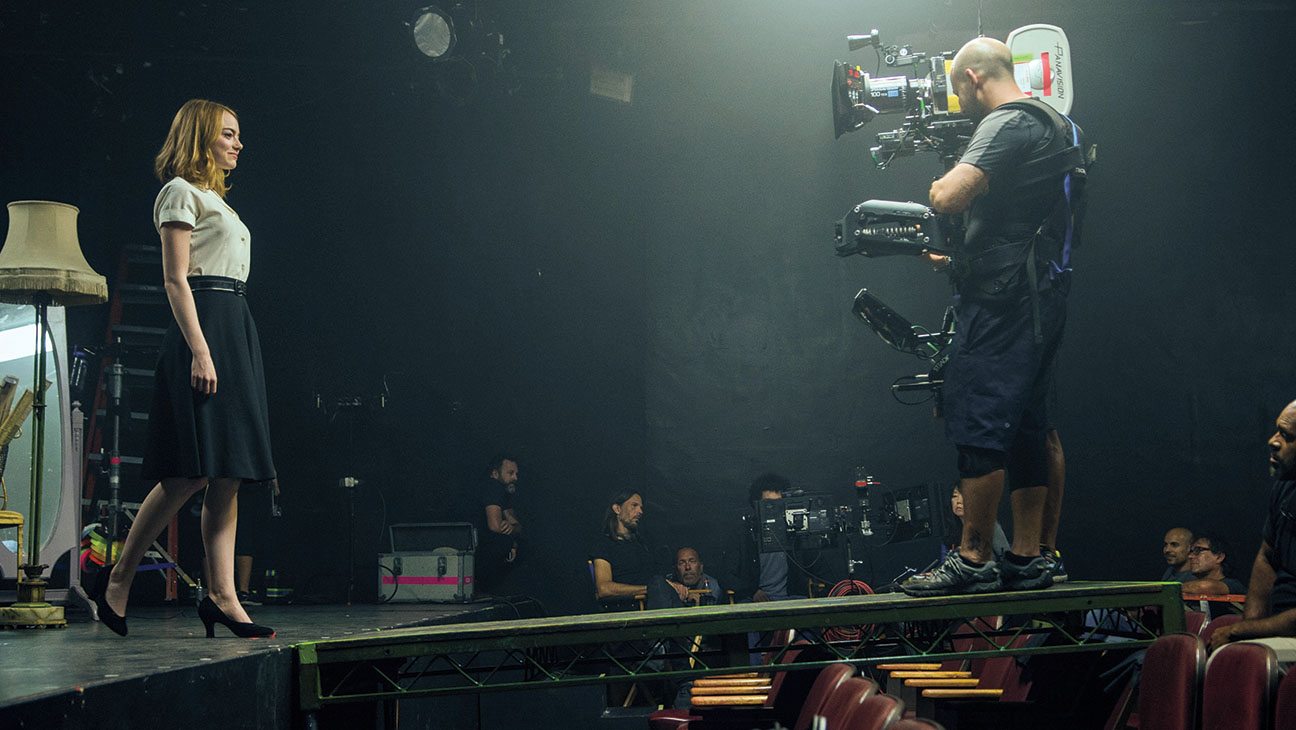 Some of the criticisms of La La Land are definitely valid and meaningful observations. The idea that it might lift a bit too much material from movies like Umbrellas and Singin’ is a worthwhile concern, especially in how the final moments of the film are directly inspired by the former. Simply put, a film’s use of homage has to be backed up by originality and imagination in many other areas, which is where I think La La Land expertly makes up the difference.

See, the music of La La Land, while good, is not intended to be the film’s main hook. Sure, it’s catchy, but as you’ll notice, it’s not amazing. The singing and dancing portions aren’t perfect, and that’s sort of the point. Chazelle set out to present a fantasy movie with dreamy cinematography, noted by the very first scene/musical number, which is a literal dream sequence to kick things off. But a “dreamy” fantastical movie wouldn’t have worked without grounded, motivated characters.

The world of La La Land would have been a pretentious bore (much in the same way it’s wrongfully criticized) if the main leads were allowed flawless performances. The point isn’t to entertain with flashy perfection, but rather with likable showstoppers who suck us in to a believable world, a musical trick that’s a lot harder to pull off if you’re at all familiar with the legacy of Broadway.  La La Land presents a creative solution that might come off as sloppy work otherwise if you’re not already aware of the real talent from Stone and Gosling.

One example is when the two leads sing the reprise of “City of Stars,” and part of the way through, Mia messes up and laughs it off in the song. This one moment goes pretty far to encompass what La La Land is really prioritizing, and it’s not perfection. 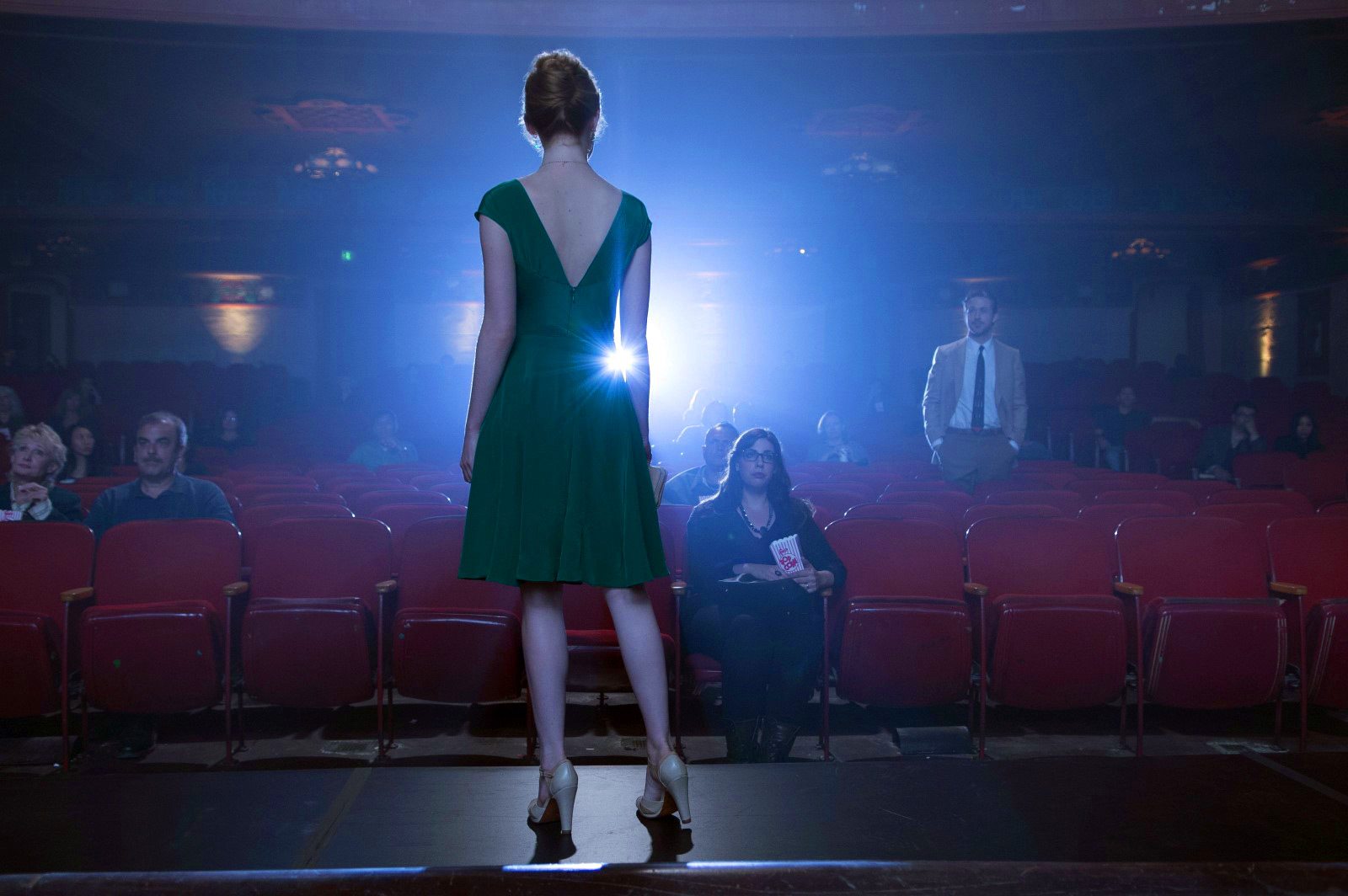 There’s also something to be said about how the film opens and how it ends: with a “Cinemascope” throwback and then a clear lift from Umbrellas, a timeless classic in the same celebratory vein. But this type of homage works because it fits the context of the movie, with aspiring talents who also compare themselves against the past. It makes perfect sense for someone like Sebastian (a movie buff established through his James Dean fixation) to fantasize his career, romance, and the struggle between the two within the backdrop of a familiar dream sequence.

When I first watched La La Land, I admit I was a bit cold from how the film transported Mia and Sebastian to their lives “five years later.” I found it quite convenient that both characters got exactly what they wanted, though the film presents it as a “Yeah, but at what cost?” By the end, both characters have given up their passionate, seasonal romance for their careers, and they seem bittersweet about it. But at first glance, it can be hard to reckon a message that suggests that giving up your love for others is what will lead to the exact success you want. It’s not very realistic, even for such a dreamy movie.

Thinking on this more, I’ve come to accept that La La Land traded its relatable character work in order to hammer the final message home more effectively, in that we would have missed Chazelle’s point if both or even one of the characters fell short of their goals. And the film’s more subtle explanation is that their amazing romance and support of each other is what pushed them through the impossible obstacles that kept them focused on getting what they each want.

Mia confronts Sebastian, for example, when he’s selling out his real dreams for momentary fame. If she hadn’t have done this, then perhaps the ending would have been more “believable” for us. Likewise, if Sebastian hadn’t traveled all the way to Nevada and demonstrated his love in the simple act of remembering even the obscure details of a girlfriend, Mia’s ending would have been the typical “I tried LA and failed” story.

Perhaps the movie makes you work a bit harder to accept all of that, but it hardly detracts from the film as a whole. If anything, it supports the case for La La Land being one of the more rewatch-able films of the year, despite the fact that it’s not even in my top 5, strangely enough. It’s still a movie I applaud, though, and will fondly revisit for years to come. 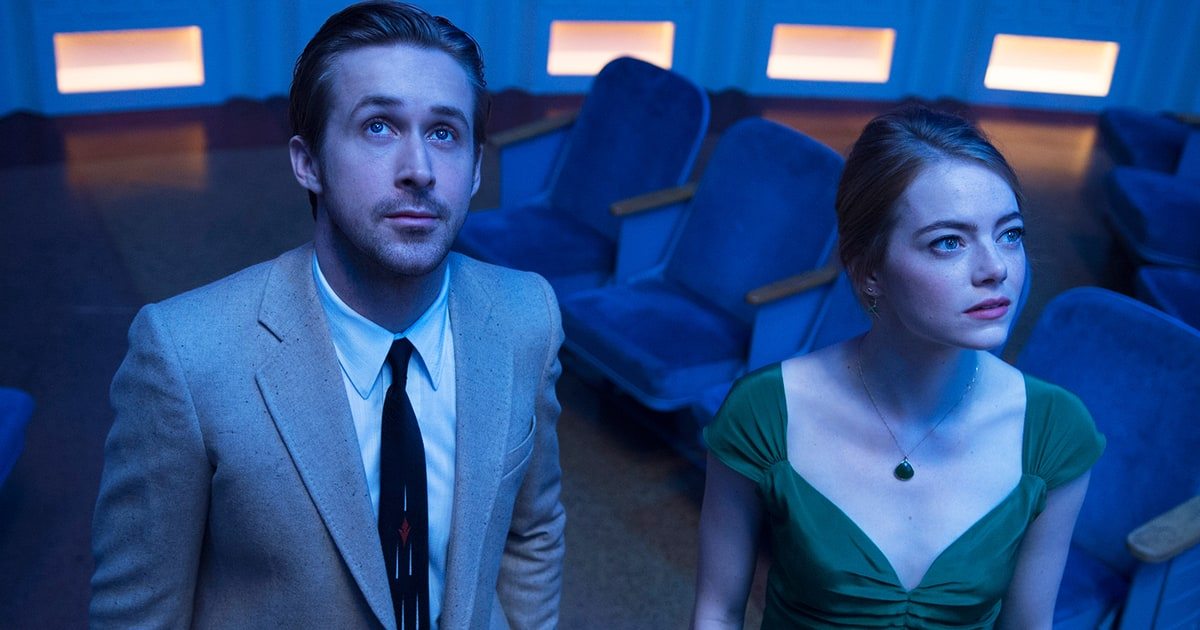 One frequent criticism of this movie that I do take umbrage with is the attempt to trivialize this story through a racial lens. That the movie is stuffed with “white entitlement” and “out of touch” elitism from Hollywood, which is supposedly why the movie is being so widely accepted by people in the industry.

My simple response to that is stop. I’m not white and I don’t live in LA, but I do have basic empathy. I can watch a movie with two leads who have harmless (and well-written) motivations that are shared by living breathing people in that very town, and I don’t have to cut down the purpose of this movie because it’s not something I directly relate with. For the same reason I can connect with Chiron in Moonlight through flawless filmmaking and writing, I can follow and hope for the best with Mia and Sebastian.

Is it so bad that Mia wants to become an actress? Should we stop making movies about people dreaming big and suffering to get it because of the connotations of appearance and privilege? Is it so bad that Sebastian wants to preserve music that’s quickly being forgotten, even if it’s not tied to him ethnically? The idea that he’s purported to be a white savior type suggests that his agenda is to “save jazz,” which is a projection of the critic, not something founded in the movie. Sebastian instead wants to celebrate a legacy in his own way, surrounded by others who do it justice and celebrate with him.

It’s just a shame that with a movie as technically impressive and crowd-pleasing as La La Land, we have to assign it so much baggage from other, lesser properties that actually commit these flaws, simply because we recognize a morsel of it and smell blood.

Despite my defense of La La Land, it isn’t among my favorite movies of 2016, though it lands in the top 10. It works the whole way through and has some tremendous moments, and I do want to shine a light on the great ideas here, rather than shout it down for its popularity. For many fans of musicals and movies in general, La La Land really is a must-see film.