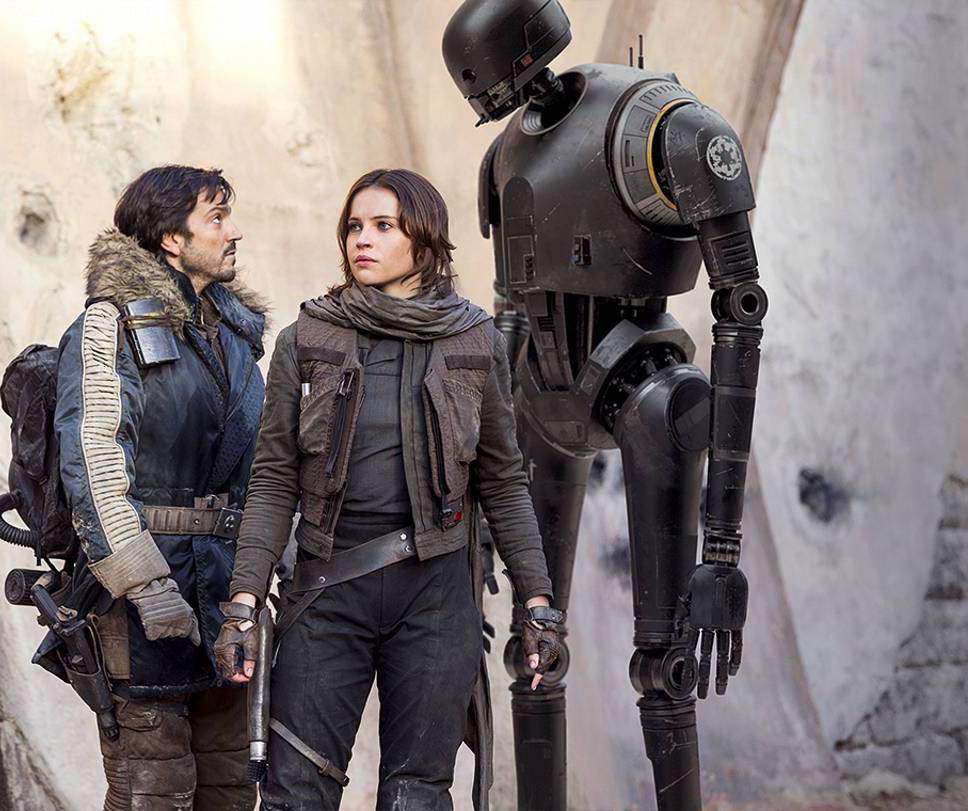 Before Rogue One, which is aptly subtitled “A Star Wars Story,” even begins, it suffers from a remarkable weakness no other movie in this franchise has ever had. A real purpose.

It’s a standalone prequel to the original trilogy, filling the gap (and space) between Episodes III and IV, but it does nothing of note beyond that, except to elaborate on a minor plot point that sets up A New Hope, in the form of a ragtag suicide squad on a mission to retrieve the Death Star plans so Luke Skywalker can find them in a droid days later.

All the while, Rogue One presents side character archetypes as protagonists to a well-realized war movie, one without much of the Force or any stunning lightsaber duels to balance against the space battles. It’s exactly one-half of what we love about Star Wars, but lavishly treated with respect for fans who’ve always yearned for a shift in emphasis toward the “Wars” in “Star Wars.” Cinematographer Greig Fraser (Zero Dark Thirty) managed to make this universe feel big again, and one of the film’s greatest strengths is its sense of location and a visual consistency begging for a better story to match it.

There’s no doubting this is the galaxy far far away, just taking place a bit earlier than what George Lucas and his team established aesthetically 40 years ago. The colors, technology, and overall atmosphere are masterfully recreated, less so however with the CGI-rendered actors we recognize from A New Hope as well, not that they’re the prime focus of what’s essentially an ensemble film. Less recreated, however, are any deep or enriching characters to serve as a compelling thread throughout this surprisingly complex (and fast) war drama. 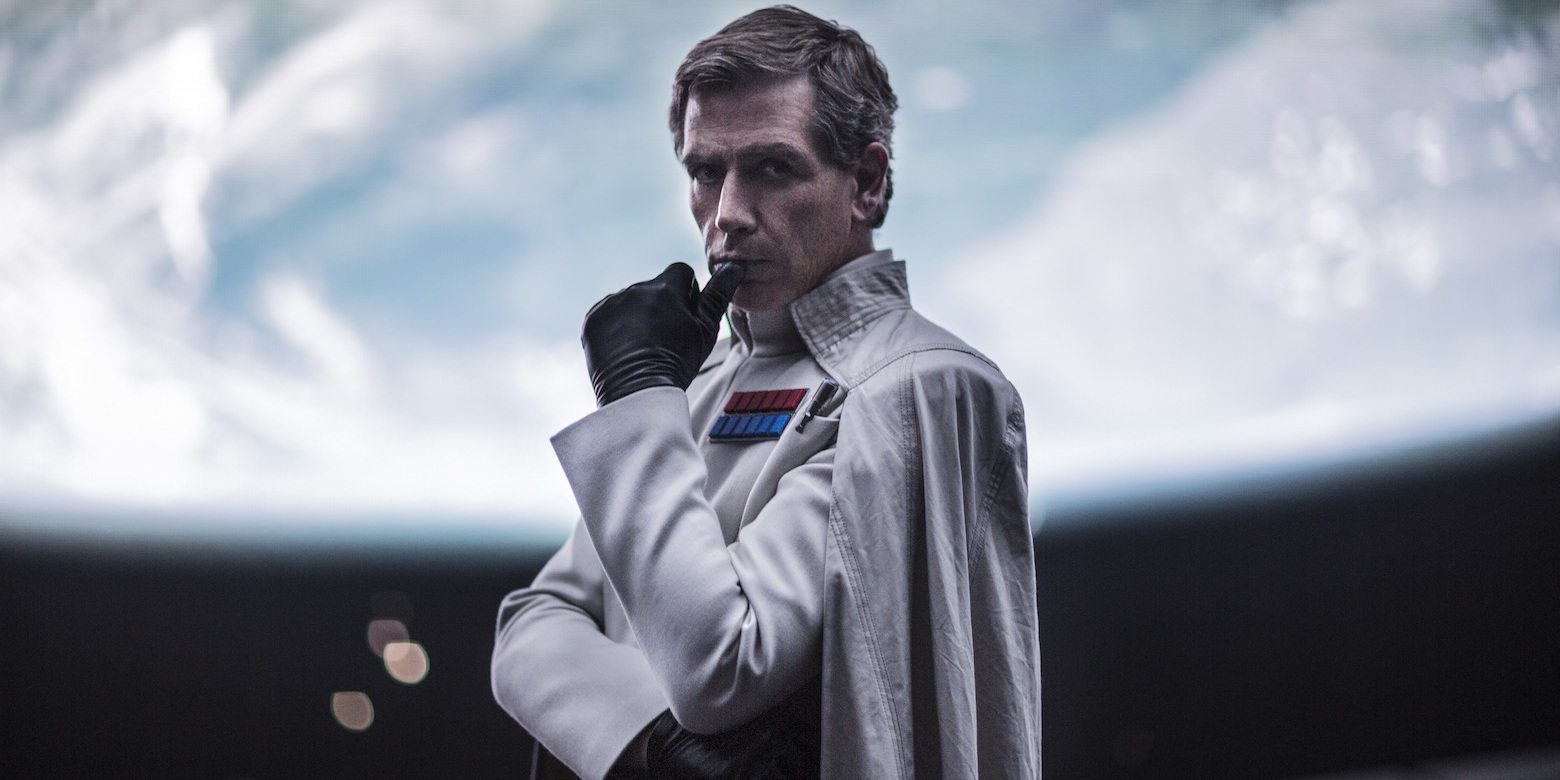 It seems at one point that Disney and Lucasfilm intended to give a weightier role to Jyn Erso, played rather straight here by Felicity Jones, once again one of about three women in a Rebellion consisting of hundreds of men onscreen, which is a noticeable step back from the more balanced Force Awakens.

Much of the material used in the trailers for Erso seem to have been shifted in those pesky reshoots, so that the rest of the “Rogue One” rebels too rebellious for the rebellion could have thematically interesting moments of their own. That was the intention, anyway. Instead, even the most creative characters are quite thin, falling short of what’s done so successfully in Guardians of the Galaxy, which is a more cohesive and ultimately satisfying “misfit ensemble in space” movie.

Rogue One is a classic example of what happens when a beautiful and polished movie filled with colorful characters fails to come together by the third act, which is more bombastic and methodical than anything epic or narratively  fulfilling. The story builds to something far more grand in scope, while also personal in its individual characters’ struggles against the overwhelming Empire, but instead, everything simply fizzles out and fades to the distance to make way for New Hope matters, muting the questionable triumph for these rebels, instead of what the dialogue suggests we ought to feel for them. 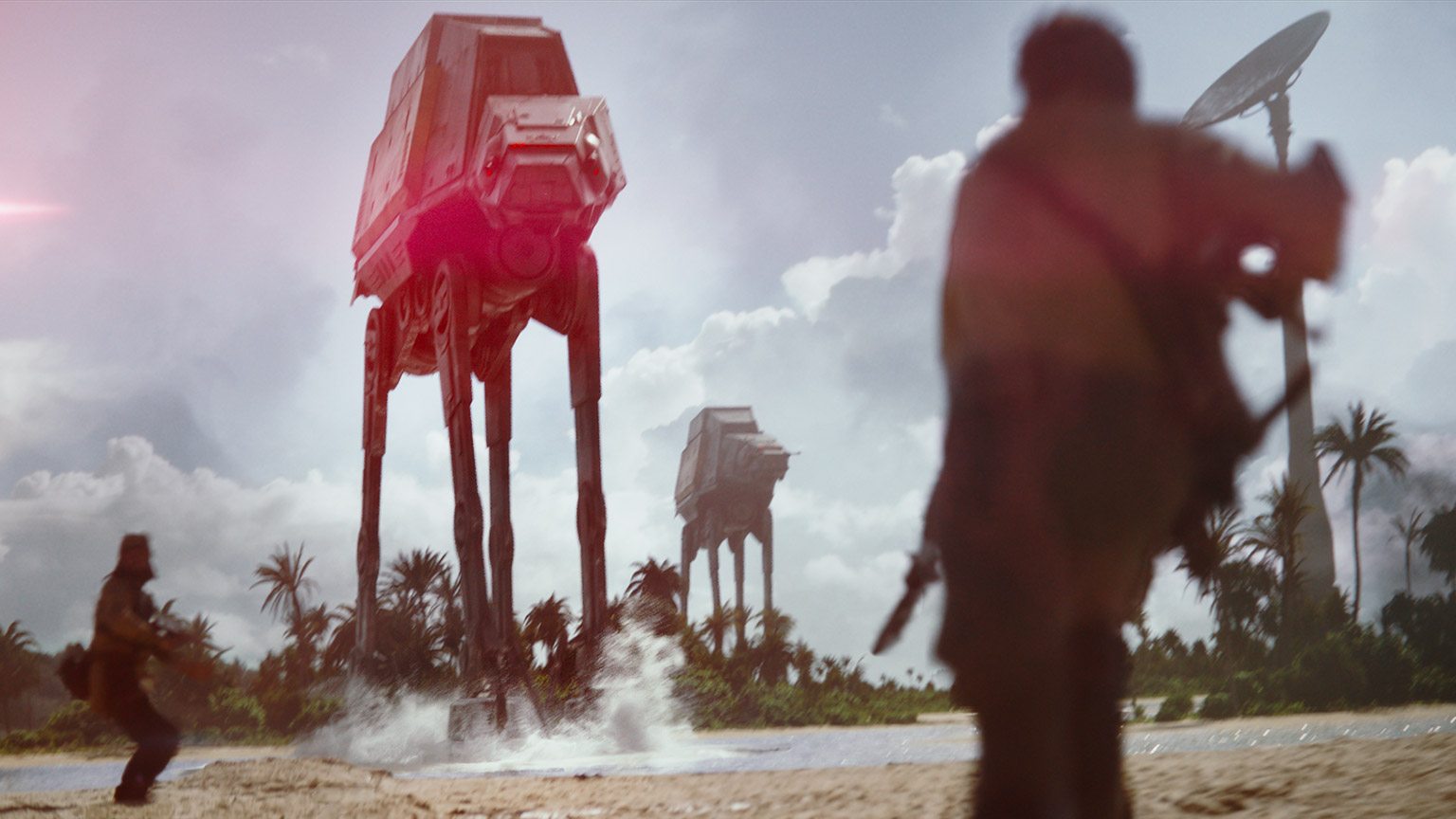 That said, Rogue One is an easy sell for fans of Star Wars, who will love it anyway for everything that does work—like the complexities rendered for a tougher, less forgiving Rebel Alliance and world-class sci-fi cinematography and sound mixing—and overlook what is sorely missing that would have made this good film actually great, or at least as memorable as something like The Force Awakens, a flawed movie that had a much easier time justifying itself.

Come for the snarky droid, stay for the blind Force monk, and prepare for one scene in particular toward the very end that will make you yearn to see a “real” Star Wars film.

4 thoughts on “Review: ‘Rogue One’ Is About Half Of A Great Star Wars Movie”