Pixar’s next big movie, Coco, has so far been mostly shrouded in mystery…until now. The post below is a transcription of the video above.

So obviously, there’s a lot riding on Coco being a superb movie. Because it will have to satisfy our appetites for quite a while, in the same way Inside Out and Good Dinosaur prepared us for Finding Dory and Cars 3.

But until now, we’ve known very little about Coco, a movie about a young Mexican boy who discovers a family secret about his past. The movie was announced in 2012 and was revealed to be centered around the Mexican holiday, Dia de los Muertos, or Day of the Dead. And it’s directed by Lee Unkrich, the director of Toy Story 3, co-directed by Adrian Molina, and produced by longtime Pixar veteran Darla K. Anderson. Yes, that Darla.

I should stress that the information I’m about to share is very plot-heavy, so if you don’t want to know too much about Coco, then you may want to click away.

That said, here’s a bunch of new stuff we just found out about Coco, starting with the basic plot. You can also watch the video at the top of the page, or read the transcription below. 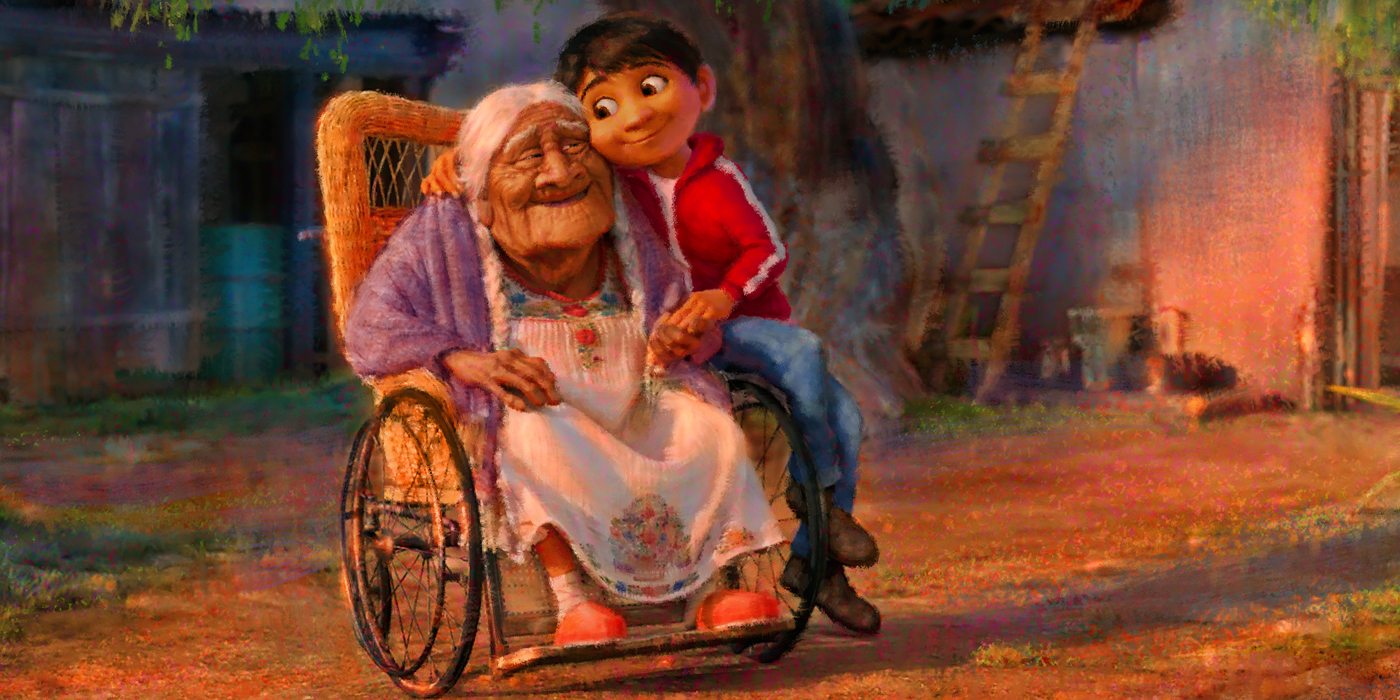 Coco stars Miguel, voiced by 12-year-old newcomer Anthony Gonzalez, a young boy with secret musical ambitions in a Mexican village full of vibrant and festive music-lovers. Unfortunately, his family of shoemakers despises and even forbids music in their household and apparently for good reason: they believe they’ve been cursed by music due to an old family story about Miguel’s great-great-grandfather abandoning his wife, Imelda, in order to become a musical performer. As a result, the family outright bans music.

Secretly, Miguel wants to become like his favorite singer, the now deceased Ernesto de la Cruz, voiced by Benjamin Brett. And he accidentally enters the Land of the Dead believing he has some link to the singer’s ghost.

(Like any good Pixar Theorist, you might be thinking the movie is setting this up to be a reveal that De la Cruz is Miguel’s late great-great-grandfather, but this almost seems too obvious, right?)

Anyway, Miguel explores this beautiful underworld and stumbles across the souls of his family, the Riveras, which includes his great-great-grandmother Imelda. He’s joined by a mischievous skeletal spirit named Hector, who is voiced by Gael García Bernal, and they team up to find De la Cruz somewhere in the Land of the Dead. And of course, there’s a time limit, so Miguel has to do all of this and return to the Land of the Living before he supposedly gets trapped their forever. 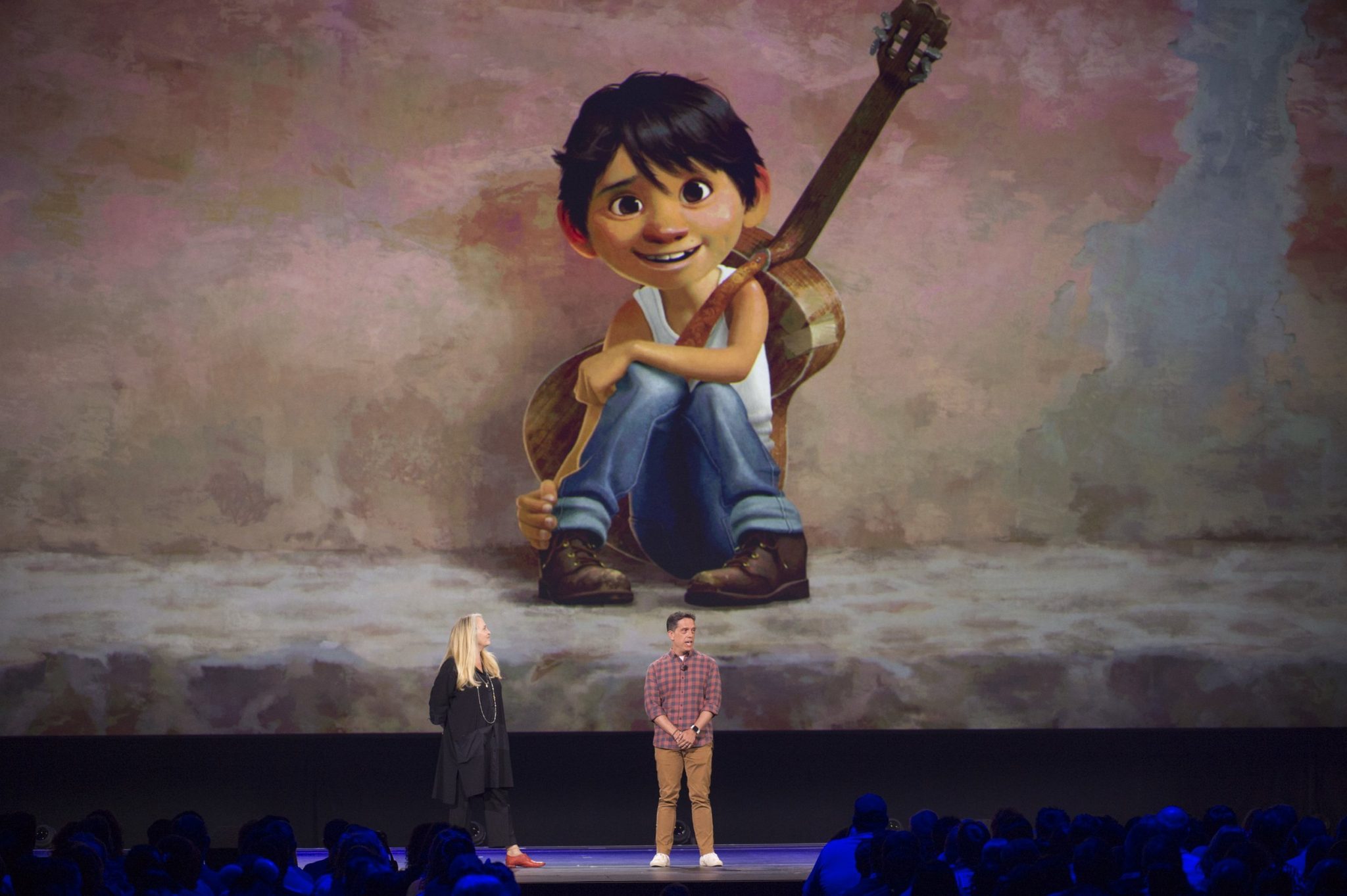 Like I said, that’s a lot of information, though the movie is less than a year away and we can expect to learn even more in the coming months. And thanks to Entertainment Weekly, we also have some specific insights from the creators of the movie that you can check out here. For example, Unkrich points out that this is an all-Latino cast, which is pretty new for Disney and Pixar, and he also provides some extra info on the voice cast that you might find interesting.

One last thing: Pixar is telling us that Coco has a ton of music in it, but it’s definitely not a musical, at least in the classical sense. Pixar has never been shy about featuring music beats in their movies (think the Toy Story movies, Monsters Inc., Wall-E, etc.) So it’s interesting to hear that Coco will be pushing that line a bit further since it centers around famous singers. I think we can at least expect a fun soundtrack, if nothing else.

Coco will hit theaters on November 22, 2017, and as always, I’ll be hitting the books on how this movie could potentially speak to the greater Pixar shared universe, if at all, as we learn more about it. For now, let’s all wait patiently for that first teaser.