I’ve yet to be as wowed by French-Canadian director Denis Villenueve as many other film lovers, but there is one thing this filmmaker deserves real credit for: adaptation. His mastery of other people’s ideas is an art unto itself, as he’s able to take what doesn’t work in, say, a Nolan film like Interstellar, and hit the landing on a science fiction emotion-core that makes Matthew McConaughey look like Peter Griffin in comparison.

Prisoners was his David Fincher archetype, then Sicario was his love letter to the Coen Brothers, but Arrival is even more different than these moody eye-candy pieces. It’s everything you liked about Interstellar and Contact without a lot of the bad. It’s the sentiment of The Martian without the hard science, and it’s the vision of Close Encounters without the wonder.

Set in our very near future and based on a short story by Ted Chiang, Arrival is about a linguistics expert, Dr. Louise Banks (Amy Adams) who is drafted to translate the language of unidentified aliens on large, unassuming ships. They show up on Earth unannounced and without much of an impact, except the one made by humanity’s reaction, and Louise has to work with the stalwart military and mathematician Ian Donnelly (Jeremy Renner) in order to understand the aliens’ language and ultimately, their purpose for coming to Earth. 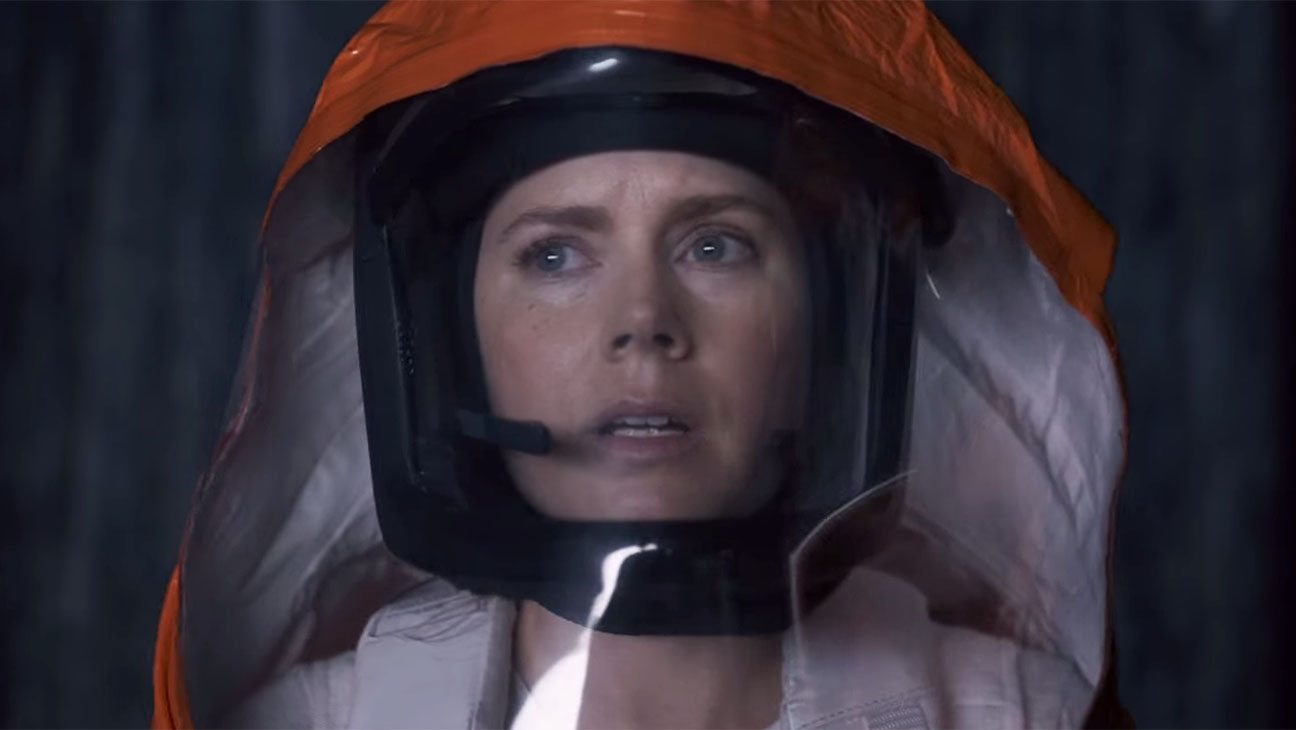 Much of the movie focuses on this delicate process, forcing us to sit through methodical precautions the scientists have to take before they can step foot on the gravity-defying ship. It’s here that the movie has its best moments, allowing cinematographer Bradford Young (Selma) to establish the wide open spaces and thick fog of Montana that set up how massive this arrival is, and Adams is a consistently believable surrogate for our ongoing observations of these mysteries.

Watching these mysteries unfold, however, is where I suspect some viewers will be turned off, because I certainly was. There’s a grand twist involved that I saw coming far too early to appreciate, disrupting my overall experience because every step after this realization was predictable. It’s here that the puzzle became shown for how drawn out much of Arrival is, and though it’s not unbearable, I couldn’t help but wonder if there was a subgenre the film was presenting that I couldn’t grasp onto.

Arrival is real sci-fi, and its other genres include esoteric themes like discovery, cooperation, and smart people being smart (which I generally love). What usually improves a film like this is something strong like thriller or horror, but Arrival manages to glide by on pure drama (or the illusion of it, at least). Many viewers will be moved by the film, perhaps even to tears and especially if they’re parents, but there’s also a lot of cerebral content here as well, including an existential question that is sure to divide couples who see this film together (and for the right reasons).

Despite its inherent beauty and the usual trappings that make Villenueve’s work stand out amidst many other fall releases, I walked away from Arrival feeling more uncurious than I was before, and almost a bit slighted by how unfascinating its resolution turned out, even as I allowed myself to get swept up in the score and Adams’ effortless visage of hope and satisfaction. This is the kind of movie just begging to be rewatched, so you can uncover even more details the twist illuminates, but by the end of it, I felt quite done with the story, which felt less inviting for interpretation, and more like a complete thought you may or may not be interested in.

3 thoughts on “‘Arrival’ Is Something Special, But It’s Not For Everyone”