There’s no doubt that the Harry Potter series of books and movies have a clear protagonist and antagonist. From the first page, the stage is set for a years-long conflict between the growing Harry Potter and the power-hungry Voldemort. The very catalyst of this story happens away from page and screen, when Harry becomes “the boy who lived,” but the effects of this crucial moment ripple throughout the entire series.

It’s obvious that Voldemort is a bad person and rarely sympathetic. He murders recklessly and selfishly. He unites dark wizards under a bigoted cause to elevate purebloods. But not enough is said about the environment that made a person like Voldemort happen. We can blame Voldemort’s actions on Voldemort himself, but his values came from somewhere else.

Further, there’s a reason he’s able to grab so much power in such a short amount of time. His power in the literal sense draws in followers, yes, but these people also believe in Voldemort’s vision as feverishly as he does, and we shouldn’t be that surprised by this. The wizarding world is incredibly conducive to having a latent streak of division among its people.

And it all starts with Hogwarts.

There are four houses in Hogwarts, each based on one of the four founders. And each founder has a somewhat simplistic personality trait assigned to each house at first glance: Slytherins are ambitious, Ravenclaws are curious, Gryffindors are brave, and Hufflepuffs are patient. In truth, each founder had some overlap of these qualities, based on the short glimpses we occasionally get into their lives. There’s a reason why these four people were able to come together under one vision, despite some fallout with Salazar Slytherin later on. Each of these traits were more like driving forces in their lives, aided by other characteristics, not conflicted by.

In theory, a four-house system is a competent way to organize the school into appropriate, productive factions. But it has inherent problems that lead to how and why someone like Voldemort can happen, Slytherin or no. It’s not because Slytherins are inherently “evil,” but rather that the school cultivates and fosters aggressive division amongst the students, who are too young to even have established personalities. As a result, they become “who they are” through intense competition and disdain for others who are different.

And this falls on the Sorting Hat, a sentient, magical object who seems to also realize this in Book 5, despite making no effort to do something about it, aside from singing a lofty song about unity that falls on deaf ears. The stranger truth is that the Sorting Hat also admits to some students that their choice gets taken into account, placing the burden of a life’s identity on the mood of an eleven-year-old, whose knowledge of each house is usually based on their immature understanding and influence from family. 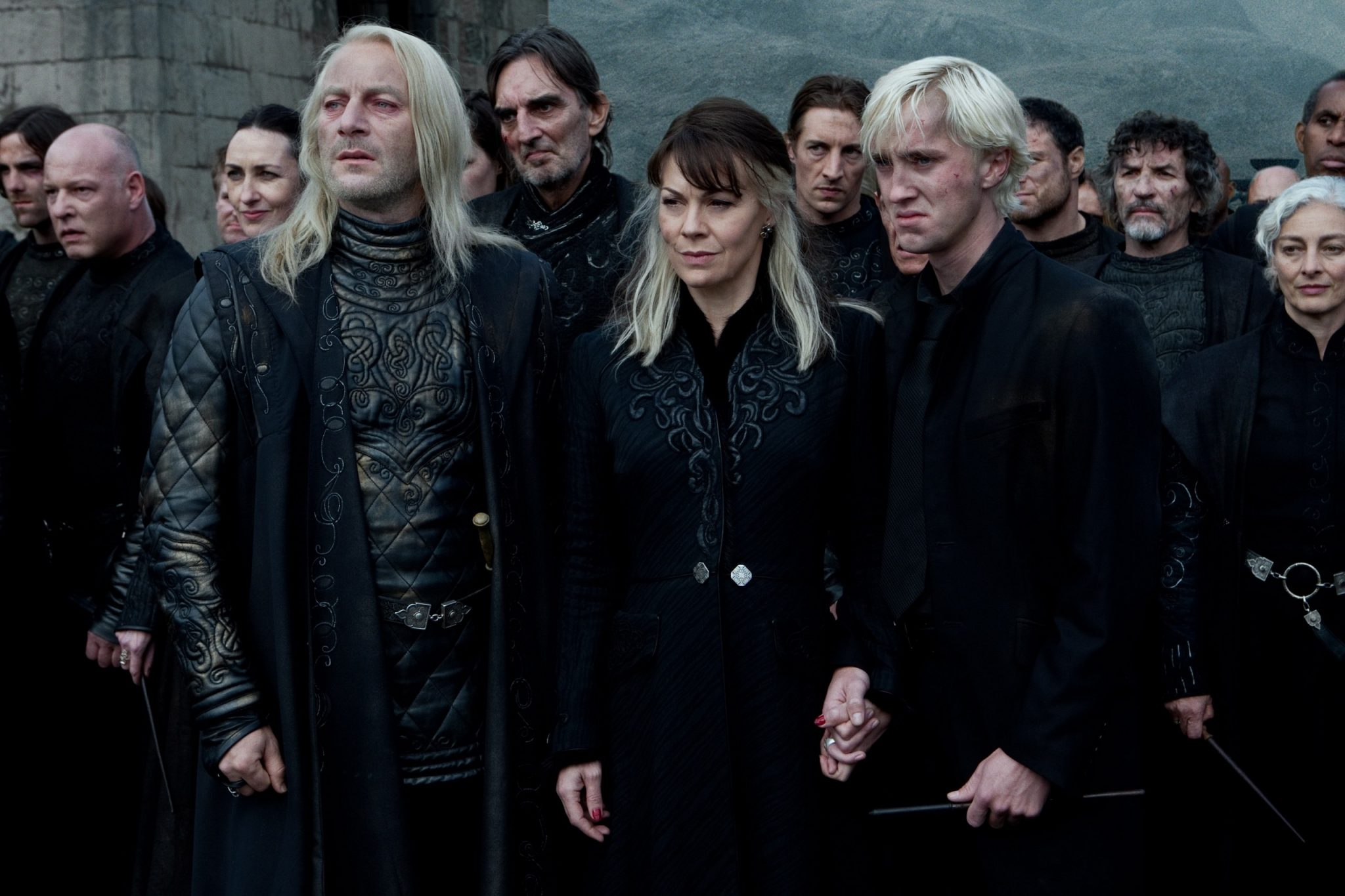 This results in what we see throughout the series: divisiveness, paranoia, and close-mindedness. Even a Gryffindor like Ron treats S.P.E.W. (Hermione’s elf rights campaign) as a total joke, because he buys into the self-contained bigotry that the wizards seem content in. It’s no wonder the Slytherins (a group I would be sorted into, undoubtedly) hold so much contempt for the other houses. They’re often accosted and labeled for their mistakes, while other renegades from Gryffindor, Ravenclaw, and Hufflepuff are hardly ever chided for theirs.

Let’s not forget that the last two headmasters of Hogwarts (McGonagall and Dumbledore) were Gryffindors (Armando Dippet might have been, as well). For a long time, both the Deputy Headmistress and Headmaster were from one house, which is a clear sign of lopsided power, not unity. The Sorting Hat even belonged to Godric Gryffindor, which is also indicative of corruption, though unprovable.

There’s something to be said about encouraging children with limited understanding of who they are to spend most of their time with kids who are exactly like them. Though this is somewhat offset by allowing two houses to share a class, tensions are still razor sharp thanks to institutional competition that becomes the focus of each year, rather than a way to incentivize hard work. In practice, the House Cup actually drives students to either cheating to victory or holding passive aggressive angst against other students that never really subsides.

On the one hand, we do see at least a semblance of unity among the adults. In fact, we can only speculate on the house affinity for many adult wizards, like Amelia Bones and Cornelius Fudge, which makes it seem like that past Hogwarts grudges are eventually forgotten by the time wizards finish coming of age. Voldemort’s main lackey is technically a Gryffindor, after all.

For the professors at Hogwarts, we see a lot of loyalty among the staff that crosses house lines, and an unspoken desire for fairness, despite bias. But this seems more like an accident than what we would expect from reality, like with how Slytherin students have a preconceived disdain for Hagrid (a Gryffindor). Snape, of course, regularly mistreats Gryffindor students (especially Neville) and favors Slytherins, even when they’re at their most vile. In what world does that not have a purely negative affect on these kids as they enter adulthood? 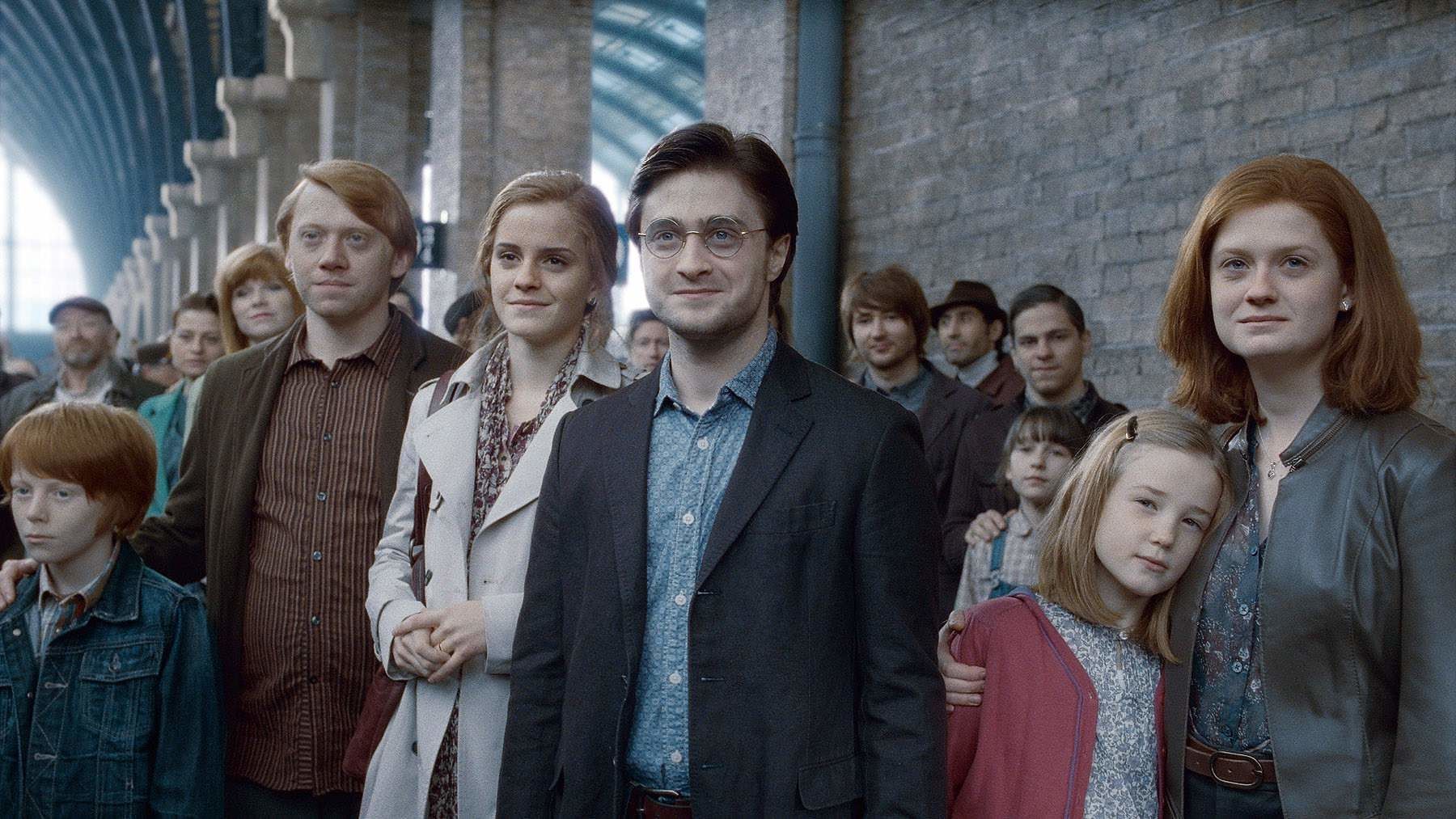 There seems to be no concern for this, either. The Slytherins were sent to the dungeons during the battle of Hogwarts, mostly because some automatically sided with Voldemort. Yet there’s no indication that efforts were made to resolve this after the fact. Harry Potter and the Cursed Child is apparently considered canon (unfortunately), and the events of the story make it clear that absolutely no effort is being made to correct the errors of the past. When Albus lets himself sort into Slytherin, his anger toward Harry only grows over the course of a few years. It’s not logical, of course. Only grounded in how damaging it can be to isolate kids and provoke distrust in differences.

And again, it all comes back to the Sorting Hat, the only character with the power to change any of this, as well as the only character who really acknowledges that a problem exists. His passivity, in a lot of ways, has contributed to never-ending aggression between people with prepubescent temperaments. He’s the true villain of Harry Potter, in that most of the issues the characters face can be traced back to the flawed rearing system that he knowingly allows to continue. As the (seemingly) only objective force at Hogwarts, he could easily do something about everyone else’s apparent blindness to Hogwarts’s archaic provisions, but instead, he is indifferent to them.

His songs are catchy, though.