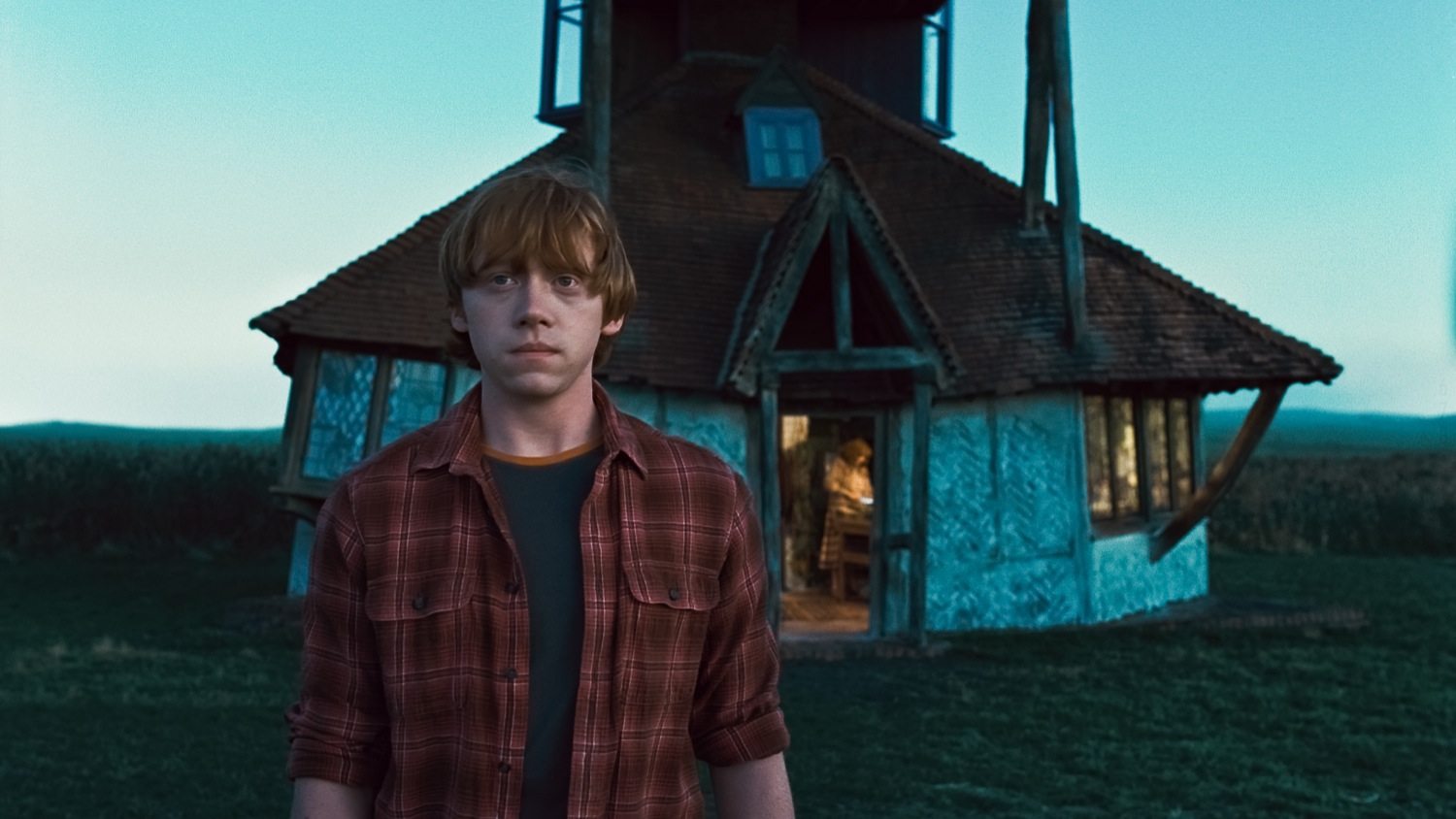 Too many people don’t get how great Ron Weasley is. Well, the people who only watch Harry Potter movies, at least.

He’s fiercely loyal, incredibly grounded, and sharp enough to beat both Harry and Hermione at chess. He’s an understated character at times—sometimes grumpy and quick to anger. But he’s also the life of the Potter trinity, and for good reason.

But that’s enough anti-Ron shaming. There’s another grain of the character that often gets lost in the conversation. Yes, Harry’s signature spell is the Disarming Charm and Hermoine is fantastic at potions, Transfiguration, and being embarrassingly book smart. But what’s Ron’s hidden talent? 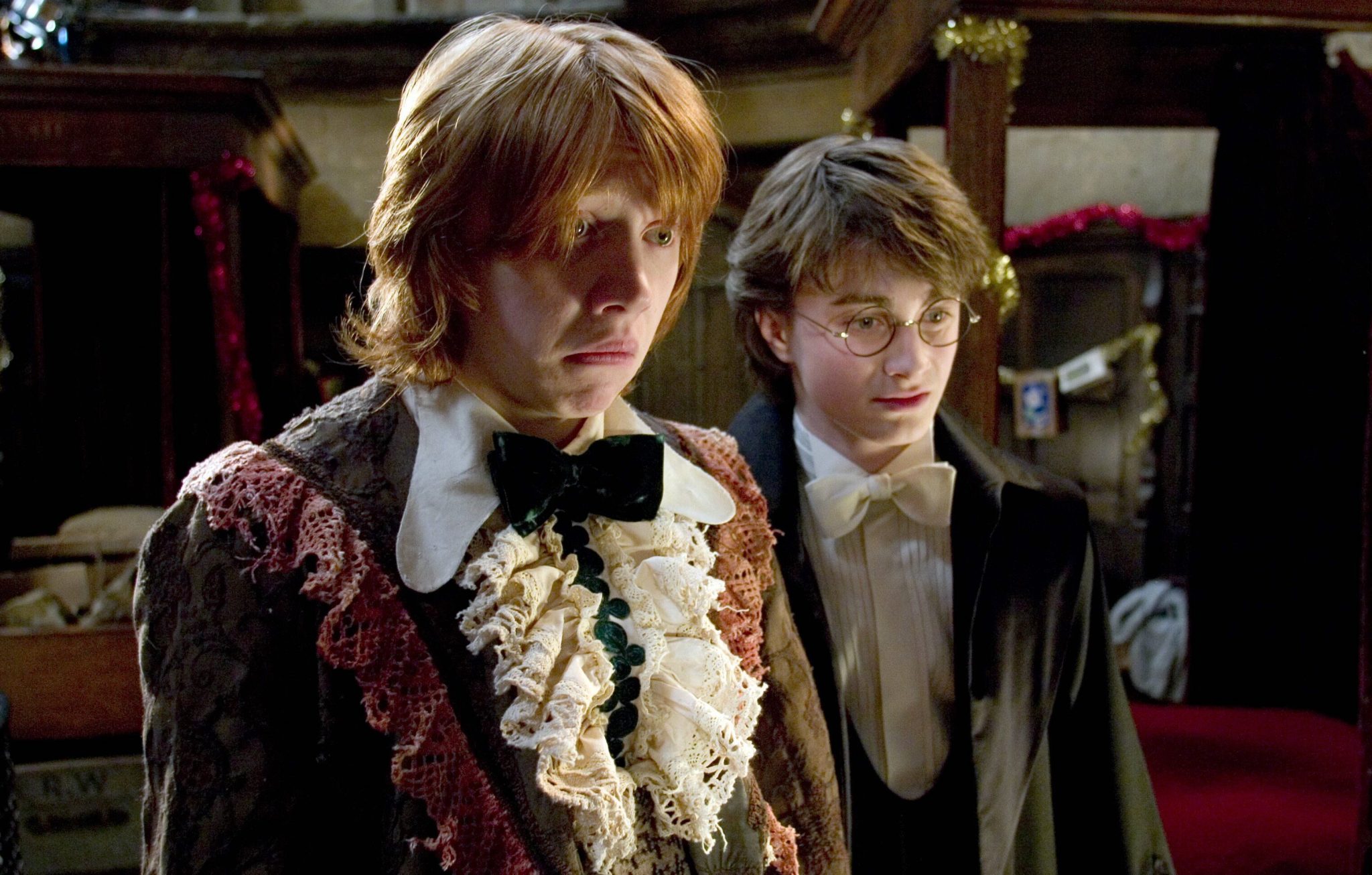 OK, fine, his mother gave him that dress. But Dumbledore help us, Rupert Grint pulls that look off.

True, the books and even one of the movies gets it across that Ron’s a competent Quidditch player (at least when he’s not bogged down emotionally). But going further, he’s actually adept at predicting the future, and the books quietly provide this insight throughout.

I actually came across this interesting revelation on Quora, where Jakub Handlíř outlined this convincing theory:

Book 2 – (about why Riddle received the award for special services to the school): “Maybe he got thirty O.W.L.s or saved a teacher from the giant squid. Maybe he murdered Myrtle” – Riddle truly murdered her and in a roundabout way truly received price for it.

Book 3 – In his first attempt at reading tea leaves, he predicted that Harry would receive “a windfall, unexpected gold” – Harry received gold as a prize for winning the tournament (book 4) and inheritance from Sirius (book 6).

Book 4 – to Harry when doing housework for Trelawney: “Why don’t you get stabbed in the back by someone you thought was a friend?” – Harry is truly later betrayed by his best friend (Ron) both in book 4 and book 7.

Book 4 – when discussing Crouch sr. disappearance in the Forbidden Forest and Snape’s involvement in it: “Not unless he can turn himself into a bat or something,” said Harry…“Wouldn’t put it past him,” Ron muttered. – Snape gains ability to fly in book 7 while using a bat-like wings.

I couldn’t agree more, and I would add that this is exactly why Divination was given so much attention by Rowling throughout the books, despite Hermoine dismissing the class early on. Of course, Ron jokes with Harry all the time about their fake predictions, but as noted above, he was actually pretty good without realizing it. With the tea leaves, he even predicts that he will one day work for the ministry.

Agree? Disagree? Have more evidence of Ron being a secret prophet? Sound off below.

21 thoughts on “Yes, Ron Weasley Could Secretly Predict The Future In ‘Harry Potter’”