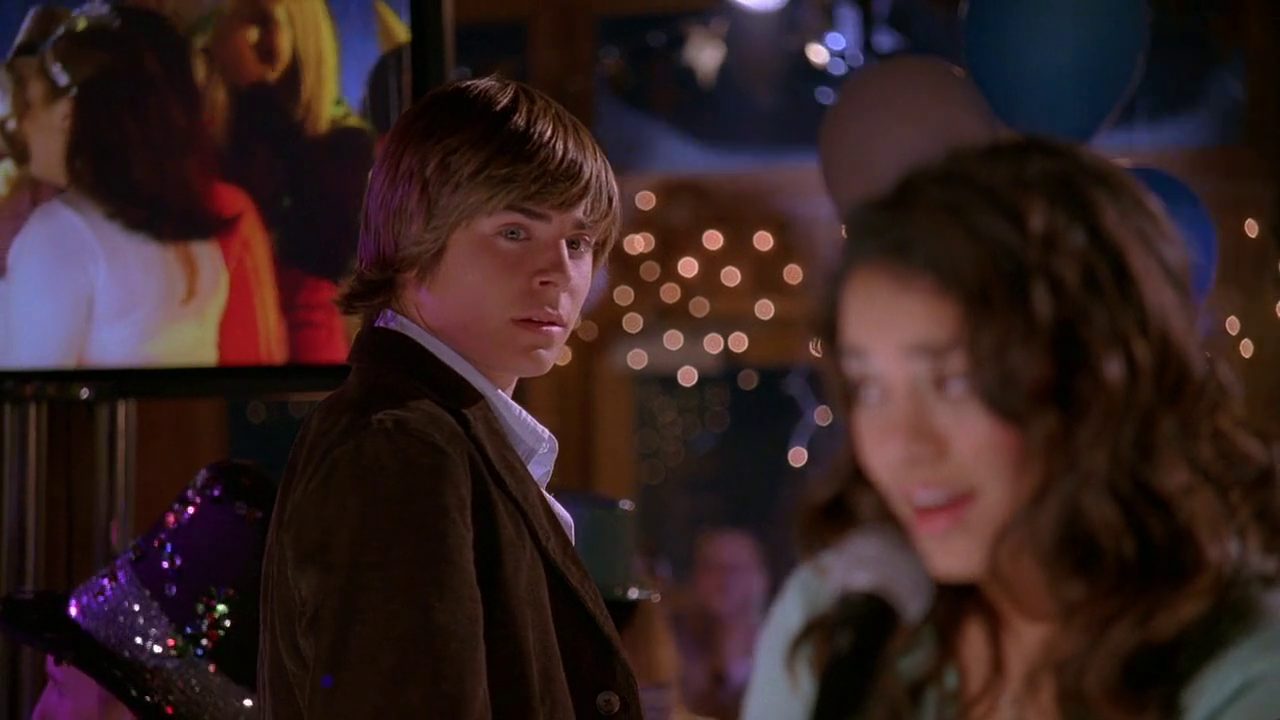 For many, High School Musical was the first real signal of a true shift in Disney Channel programming. By 2006, the once plucky, experimental network had found more success in streamlined sitcoms like That’s So Raven and Suite Life of Zack and Cody than they had ever found with previous shows. This, of course paved the way for a persistent, familiar formula seen in almost all subsequent Disney Channel features, even to this day.

You might find this formula to be a good thing. Perhaps you enjoy the shows currently broadcasted on that channel, or you might be neutral at best. I’m not going to try to change your mind, but suffice to say that the numerous people who have a distaste for what the channel has become are both wrong and right.

Disney Channel shows have always been great for their time. If you look back at some of their supposedly best projects, you’ll find that they haven’t aged well at all and are actually a lot worse than you remember. Time does that sort of thing. But what I’m arguing is that even in 2006, Disney’s first smash hit movie was a terribly harmful film, and for many reasons.

Put more simply, High School Musical was and probably still is the worst thing ever produced by the Disney Channel. Not in terms of quality and production value, but certainly when it comes to how the Disney Channel Original Movie impacted the countless people who’ve watched it over the last 10 years. How it shaped its fans, for example. 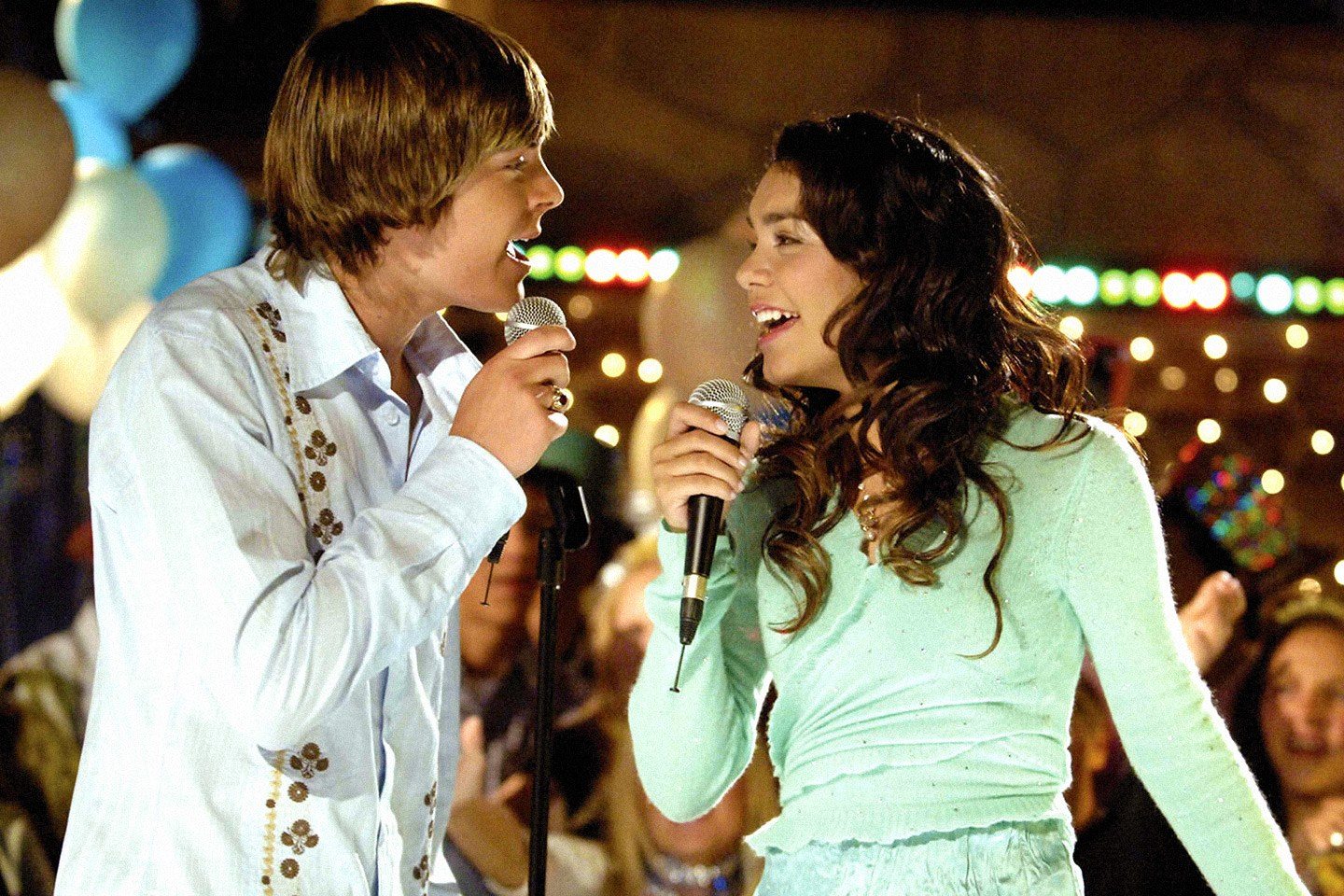 This is hard to argue, for sure, because on its surface, High School Musical doesn’t seem all that bad, right? The names of the songs say it all: Start something new! Get your head in the game! We’re all in this together.

Yet the titles of each song send a different message in the subtext. And watching the movie as a whole, you’ll start to see that a specific, alarming set of beliefs are being pushed onto these characters. Let’s back up and recap the film.

The movie begins by introducing us to Troy Bolton (played by Zac Efron) and Gabriella Montez (played by Vanessa Hudgens) just as they’re getting introduced to each other during holiday break. They have a song number meet-cute before going their separate ways, only to meet again at the start of a new semester because it miraculously turns out that Gabriella is now attending the same high school as Troy…even though they met by coincidence somewhere else.

If this sounds at all familiar, that’s because High School Musical was originally meant to be a remake/sequel of Grease in the late 90s, featuring the children of the original movie’s characters. I’m not joking. They couldn’t get the rights figured out, so Disney Channel ultimately decided to turn the script into one of their original movies made for television, with “High School Musical” as the working title. Apparently, they couldn’t come up with something better to name the darn thing, and the rest is history. 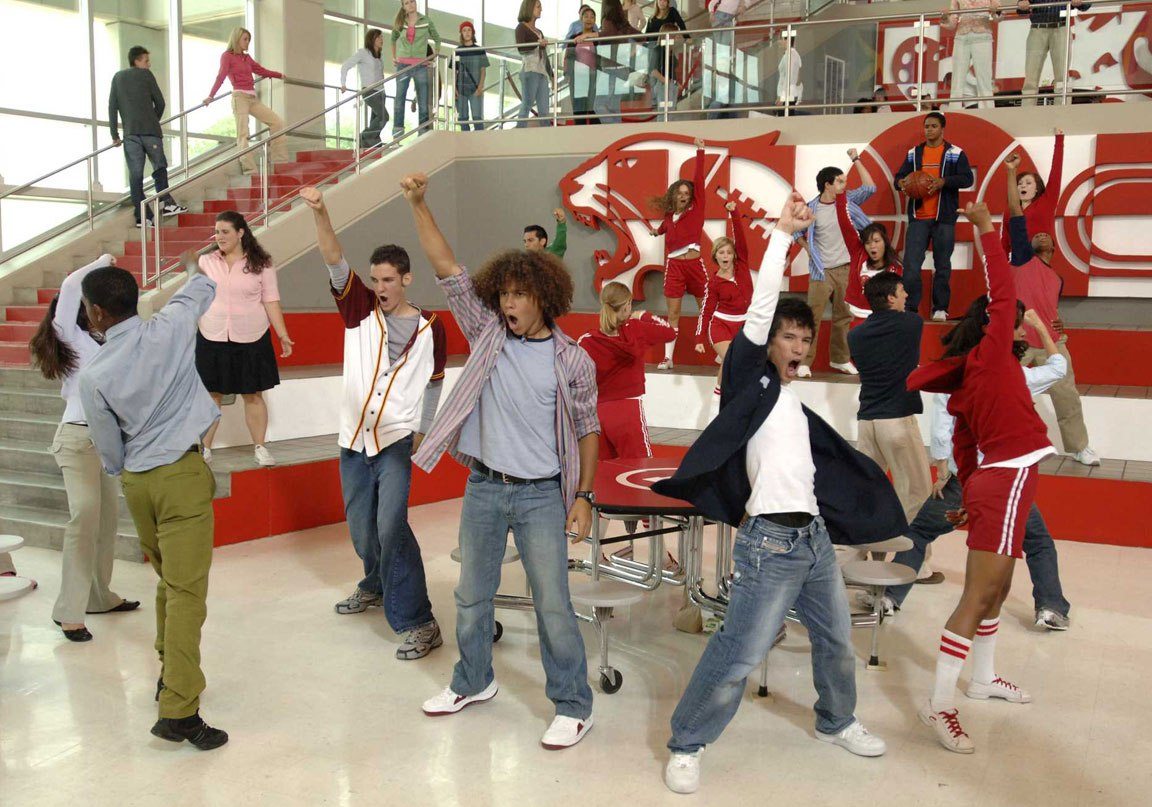 Anyway, Troy and Gabriella both realize that they belong to different cliques: Troy is the basketball jock and Gabriella is the math nerd. But their bond through music becomes a quasi-reimagining of Romeo and Juliet, where their respective social circles clash over the future of these star-crossed lovers. Well, not really. The romance between Troy and Gabriella is persistently muted, with them often changing the subject to music instead of their own “relationship.”

That’s not necessarily a bad thing — in fact, it’s probably for the best — because it allows for more interesting drama between Troy and Gabriella, who have a decent amount of chemistry together to make the “we’re friends but want to be more” thing work fine. What really poisons this film is the introduction of the titular musical.

Troy and Gabriella decide to try out for the school musical. More specifically, the lead roles. The problem is that the school already has built-in performers who’ve starred in every production. And naturally, they’re the villains of this movie. Sharpay (played by Ashley Tisdale) and Ryan (played by Lucas Grabeel) are exceptionally talented, and for good reason. They’ve trained for years and actually want to turn their passion for theater into a career someday.

But it turns out that Troy and Gabriella, who barely even want to be in the musical and have no acting experience, are both selected for callbacks. Even though they were late to the audition in the first place, by the way. It’s a decision that rightfully upsets Sharpay and Ryan, who have no conceivable idea why outsiders have skipped them over for what is essentially their most critical time to stand out in the industry. All because they can sing about as well as Sharpay and Ryan. And even that is arguable. 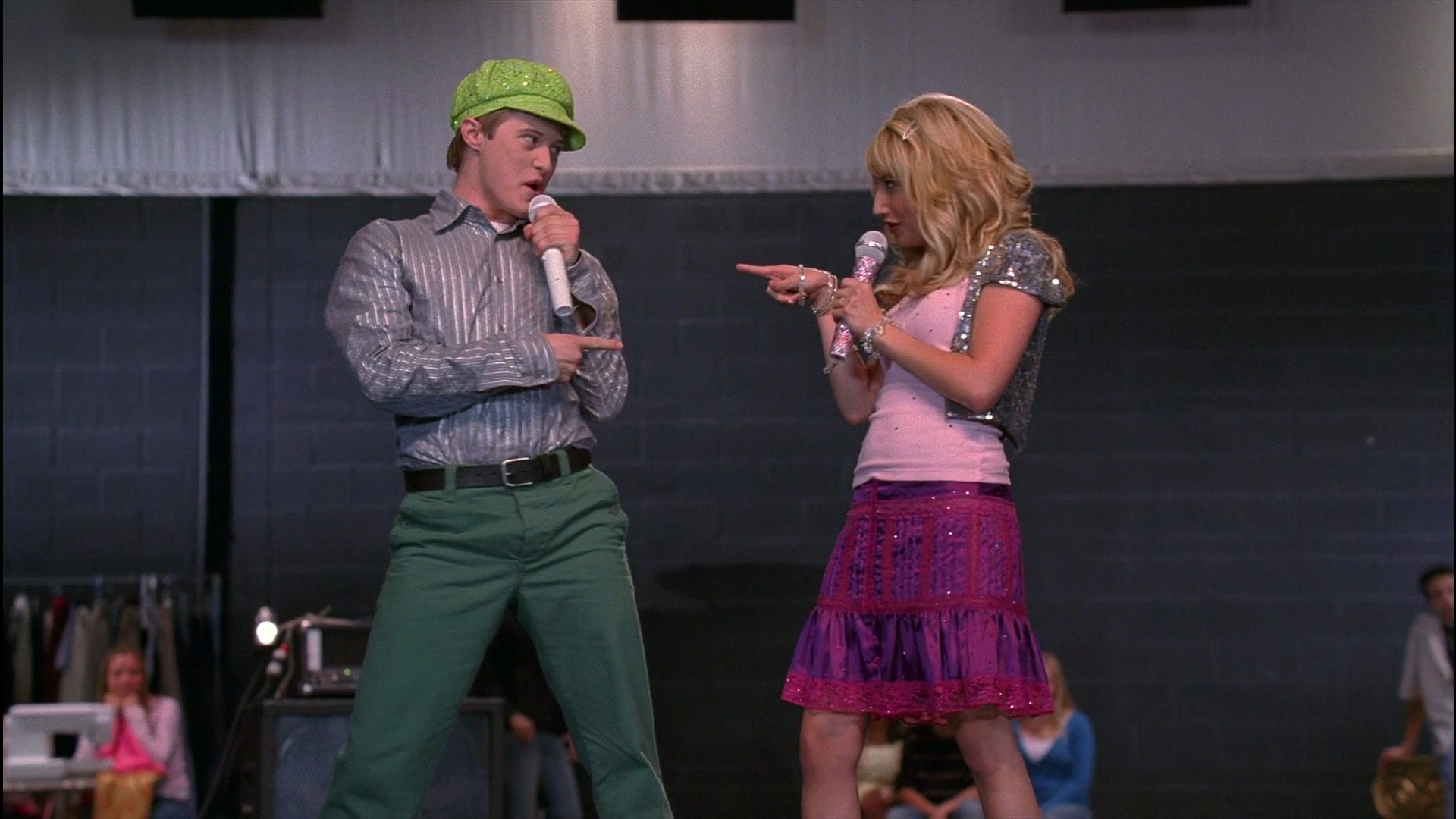 The real reason Troy and Gabriella are selected is because of their chemistry when no one is watching. They’re late for their audition, so the drama teacher exerts her one moment of clarity by telling them they don’t deserve a role when they can’t respect the rules. Later, she listens in on them practicing a song and decides that earns them a callback. You know, despite the fact that neither of them performed when the pressure was on, which is what they’ll actually have to prove they can handle when on stage for real.

Their casting has nothing to do with how technically proficient they are at singing and acting. The worst thing about this is that neither character purports to have any interest whatsoever in theater beyond the attention ascribed to it. Allegedly, it’s because they simply love to sing, but that’s nonsense within the context of the film. Instead of having to work for the roles and pay their dues, the barely proficient are rewarded with what they really want: popularity.

And that is why High School Musical is actually harmful. The movie positions Sharpay and Ryan as sore losers without any real sympathy. Sharpay in particular goes to cartoonishly evil lengths to prevent the protagonists from even getting to their callbacks, just to ensure that the audience doesn’t root for her by mistake. This is a character who is supposed to be good at acting, yet the only skill she seems to have is concocting evil plans to make the audience hate her. 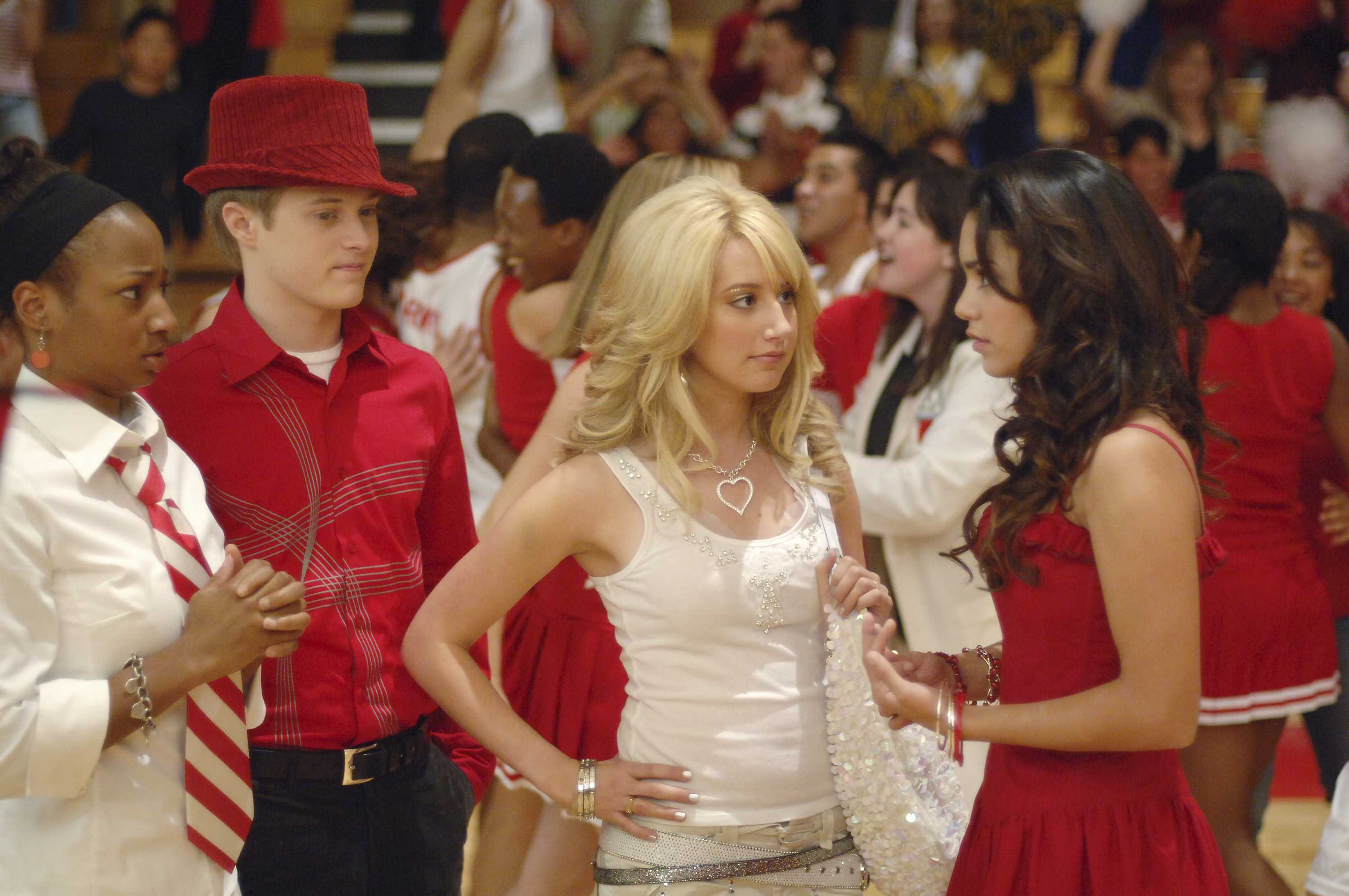 The movie tries to say something about how you can be more than your designated clique, which is a great message, but the execution misses the mark completely. Sharpay and Ryan claim to be more upset over the fact that someone has entered the “theater clique,” rather than the more obvious pandering that’s going on with the drama teacher. And the students obsess over kids hanging out with other kids who are different, which is hardly a problem in any school. Yes, there are cliques, but there’s no widespread panic when a jock tries out for a musical or dates a girl with good grades.

And when the film finally tries to resolve the conflict between Sharpay/Ryan and Troy/Gabrielle, it comes down to Sharpay having a rapid change of heart that is shoehorned into the final scene. Sharpay never apologizes. Gabriella never apologizes. The film never tries to lend credence to why she acted so harshly in the first place. It just ends. Is it no wonder Sharpay essentially “resets” her attitude toward them with each subsequent movie, even fawning over Troy during the first sequel?

The ending song says “we’re all in this together to make our dreams come true.” OK, but only Troy and Gabriella’s dreams, which have only been a thing for a few weeks. The movie tells its viewers that a select group of people can and should be the best at everything, even when they’re actually not. The protagonists win everything. A superior movie could explore actual consequences for when teenagers stretch themselves thin and create anxiety for themselves, but not High School Musical. You’re guaranteed a victory just for trying. Even though Troy and Gabriella barely deserved to be understudies, they get to be the stars, win their championships, and smugly dance it off in the very end. 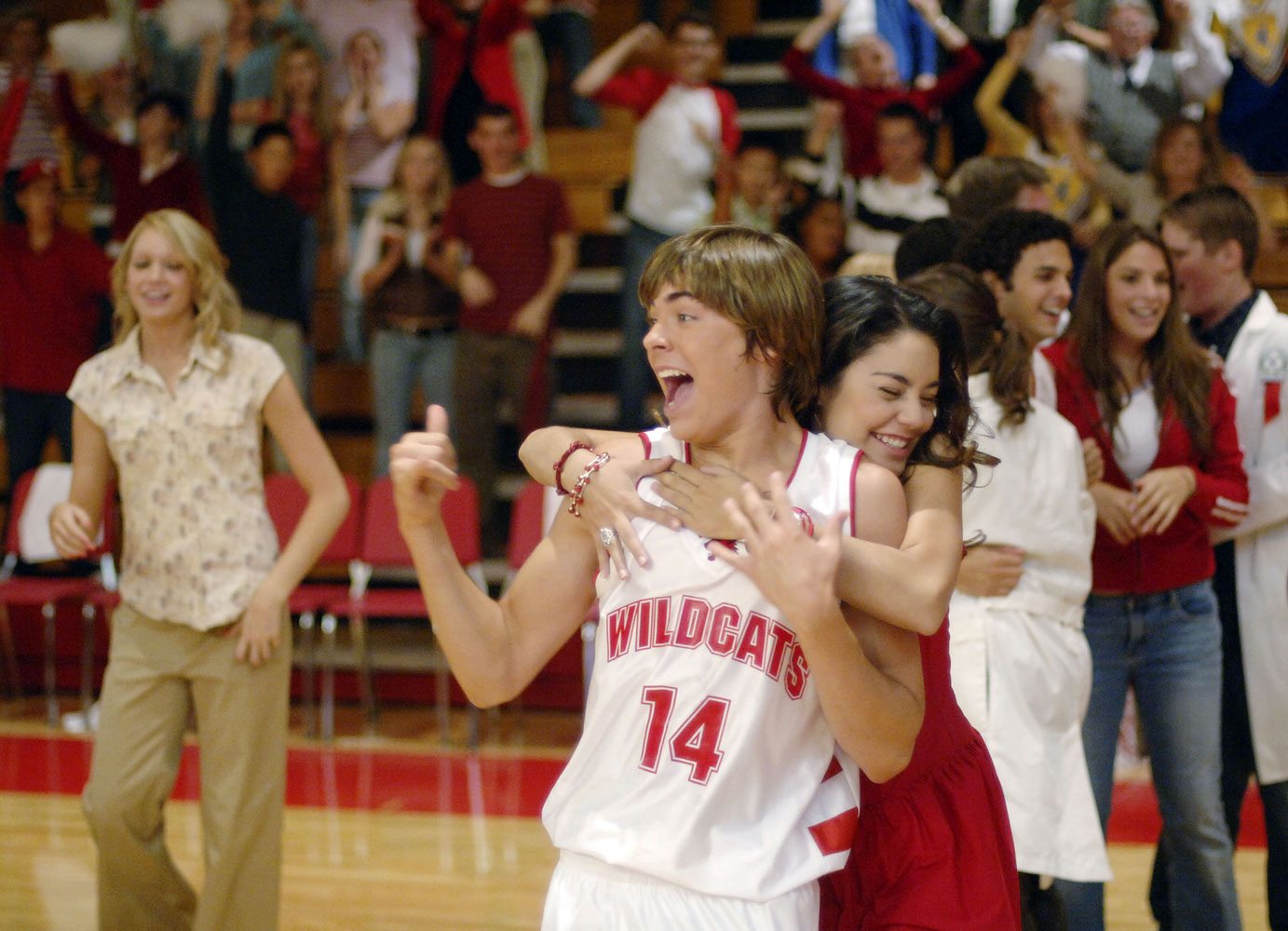 The actual dialogue between Troy and Gabriella in the ending scene:

Troy: “What about your team?!”

This is why High School Musical was successful. It wasn’t just the manufactured-to-be-catchy song numbers. It definitely wasn’t the real message of the movie. It was how the movie made its viewers feel, and wrongly at that. The movie convinced many young children who aren’t in high school that simply trying without working earns them the same rewards as the people who actually have legitimate dreams and work hard for them.

For Troy and Gabriella, singing is a hobby, maybe, but nothing they’re at all serious about. The movie positions their plight above the characters who actually have dreams to turn music into a lifestyle (the ones who truly need these roles to get into the right schools), and the script demands them to be manipulative and evil in order to trick viewers into rooting for the privileged brats. It also clamors that high school is a mystical place where a select group of kids are so good at everything, their only real problems are choosing which thing they’re going to be best at.

In this movie, they choose everything. And the whole school worships them for it. 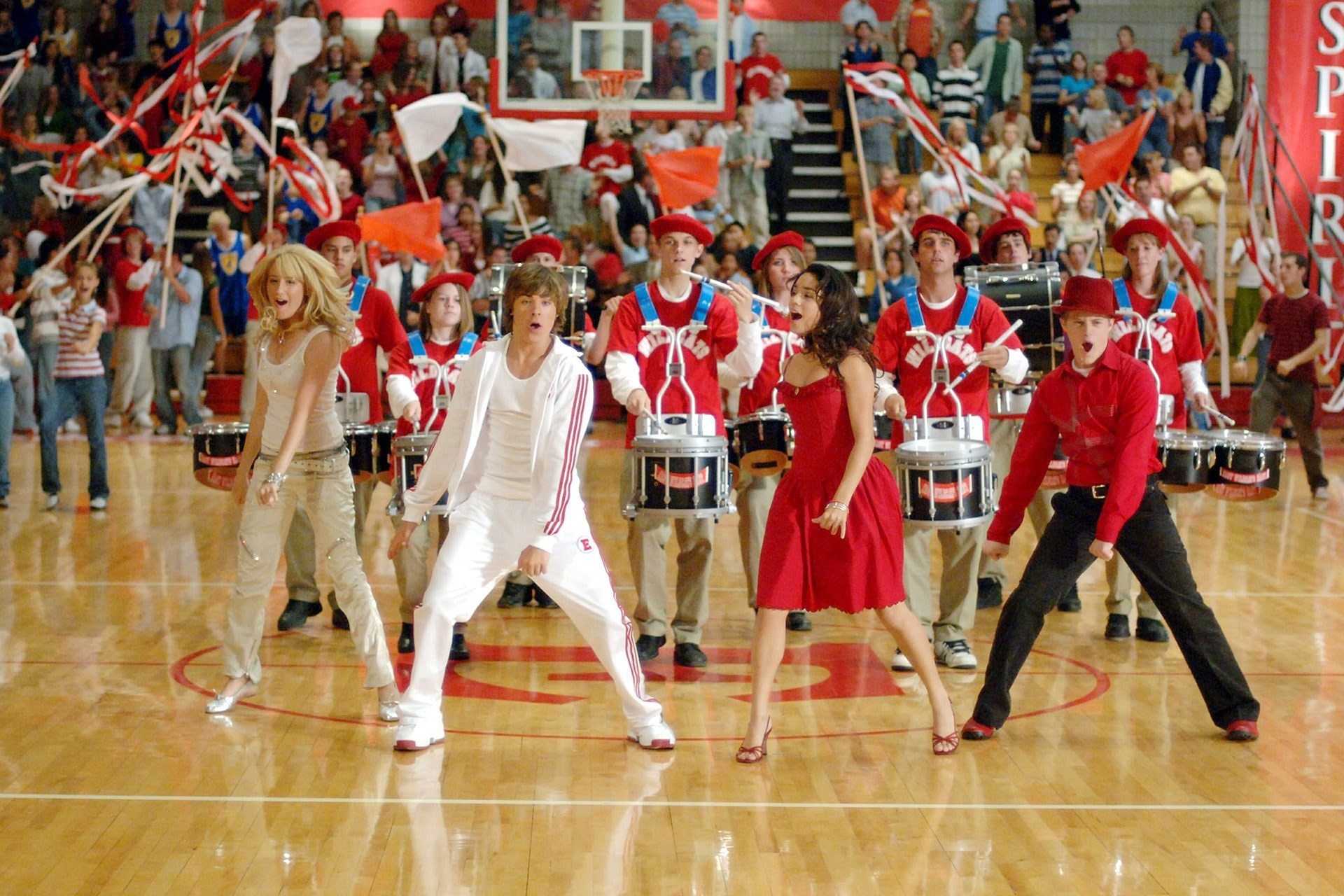 There is a way to turn these concepts into a good movie. There’s room for an honest exploration of how the quick ascent of the privileged few can create sharp enemies. And there’s even a good story behind the idea of popular kids getting more popular, paralleling nicely with the concept of the rich getting richer. Shame on us for ever expecting something so useful, I suppose.

I wish I could ignore High School Musical and simply let it be. People like it, and I never have. But there’s something truly exploitative and lasting about what it tries to tell its audience in a way that’s simply ugly and perverse. It’s also allowed Disney Channel to get away with similar storytelling in other shows over the years, resulting in a channel that is currently so embedded in watered-down celebrity-obsessed pop culture, the children who watch it stand little chance of getting by unscathed.