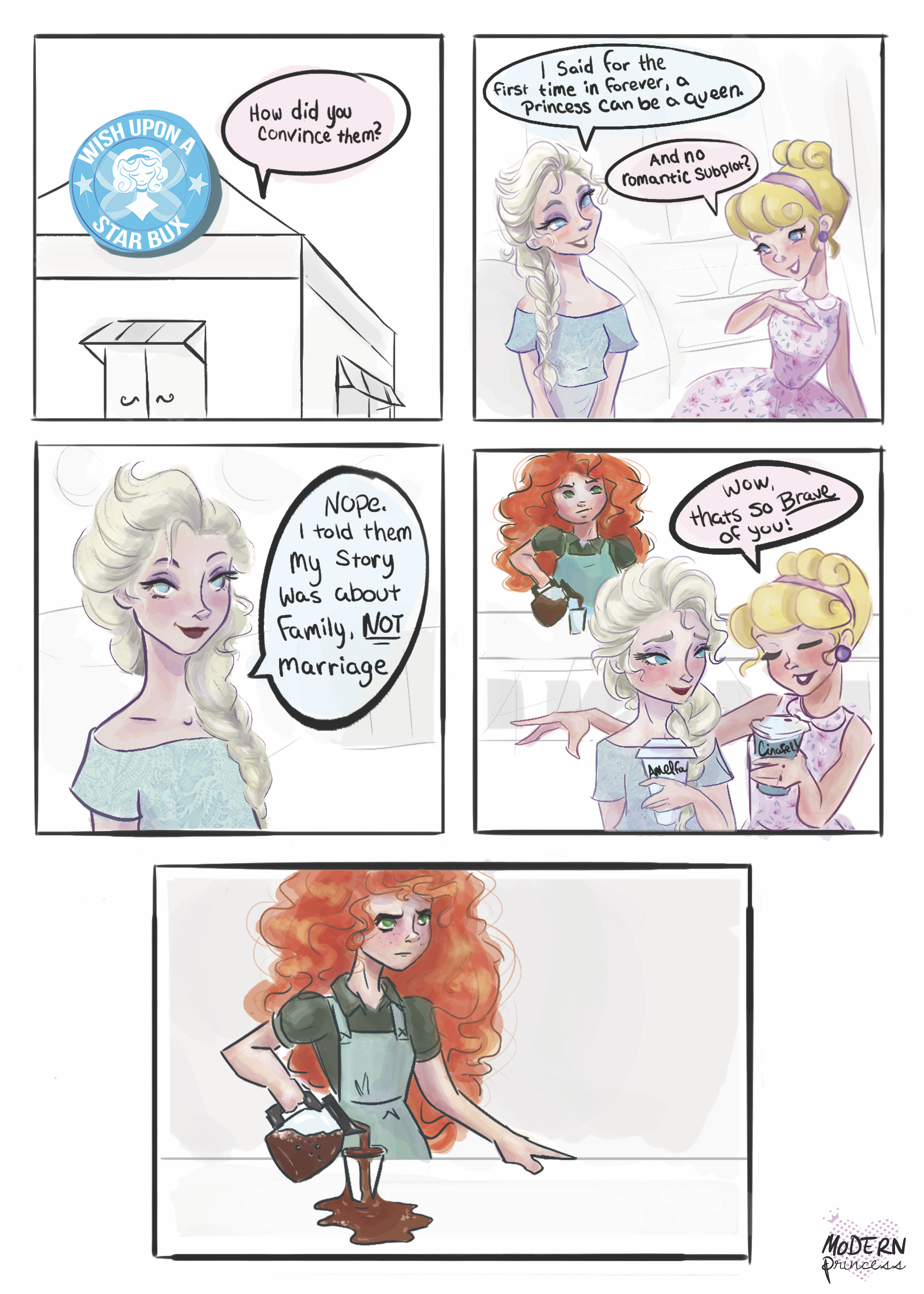 Written by Jon Negroni (me) and illustrated by Kayla Savage.

That’s it. Oh, and you can find more Modern Princess here.

I’m done. I have nothing else to say to you. Sigh but I have to keep writing, you know. Something about SEO or whatever new word a guy in Texas made up last week. Oh, it’s an abbriev you say?

Anyway, I only want you to enjoy the comic at the top of this page. I have nothing else to say to you. It’s a comic. I wrote it. I was thinking about how weird it is for Frozen to get so much praise for doing something Brave did a little better. And yeah, it was an excuse to put a joke name like “Wish Upon a Star Bux” on the Internet in a way that makes an ounce of sense. Kayla drew it and made it a lot better. It was her idea to put funny names on the cups.

Do I ask for your input at this point? I guess. You guys like to comment on just about everything, so asking you to “Sound off below!” seems a little beggy at this point. Honestly, if you weren’t going to lend your thoughts before you got to this point, I’m pretty sure my prattling on at the bottom isn’t going to suddenly make you remember your desire to write something.

Do you believe in God? I’m honestly curious. Lately, my mind has been spinning with the fear of the eternal, and the possibility that my narcissism doesn’t transcend my own mortality. I was watching season 1 of Agents of S.H.I.E.L.D. the other day (not a bad show, right?) and something Simmons said in the last episode freaked the chitauri out of me. Seriously,  I wasn’t expecting more existential crises from Joss Whedon so long after Dollhouse.

So I’ve made the required word count, but now we have a new problem. My brain hates ending things in an awkward way. I almost typed Later. LATER. We shouldn’t even talk like that, let alone type like that.

20 thoughts on “Modern Princess: Elsa and Cinderella Get Coffee”