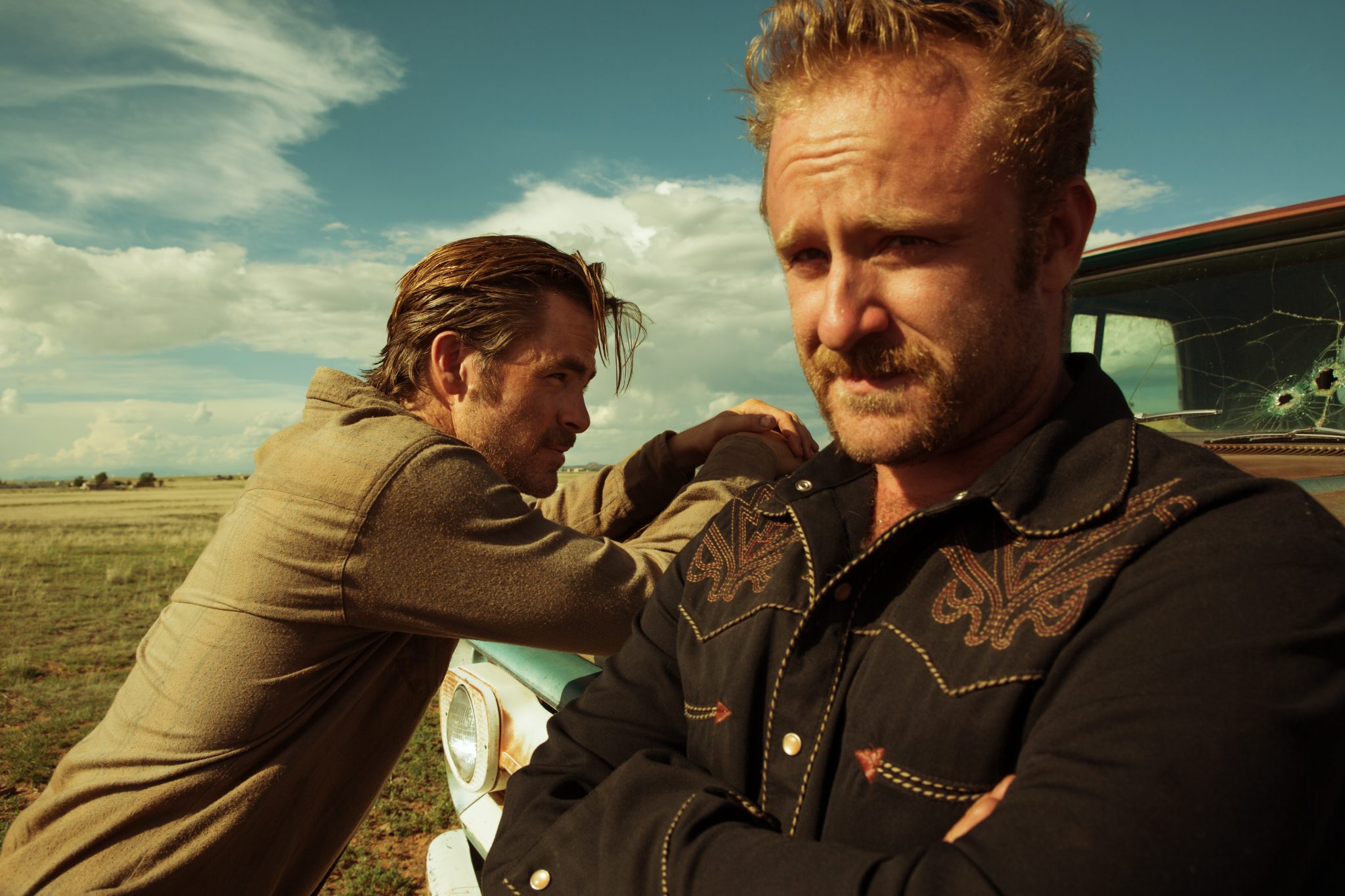 Believe it or not, the best westerns in filmmaking history have been more than action movies. They’ve been more than thrilling shootouts and chase scenes on horseback. As Hollywood gradually replaced the more bombastic side of the western genre with new tiers of disaster, comic-book, and pulp movies, the general consensus has become that the golden age of westerns has long been over.

But the best westerns have always been about something, a lesson painfully unlearned by Favreau’s Cowboys and Aliens, yet gratefully grasped by the Coen Brothers’ True Grit remake. And Hell or High Water, directed by Starred Up‘s David Mackenzie, also stars Jeff Bridges in this present-day western about bank-robbing brothers who have high aspirations for petty thieves. Well, one of them at least.

Bridges plays a Texas Ranger in search of the crafty bandits, joined by his half-Native American partner Alberto, played by Gil Birmingham. They’re after the Howard brothers, played by Chris Pine and Ben Foster, who’ve been robbing small banks belonging to the same Texas branch in towns all over the state. This might sound like a dour crime movie set within a western backdrop, but it’s a actually a more lively affair than its close cousin, No Country for Old Men, yet as somber and beautifully shot as last year’s Sicario, which writer Taylor Sheridan also produced the script for.

The combinations and comparisons don’t end there. Hell or High Water is also a talkative film that brazenly explores the painful consequences of the Great Recession, paralleled with how the 21st Century has both changed and been passed over in these small towns across west Texas. In other words, this is a western that actually has a lot to say when the bullets aren’t flying. 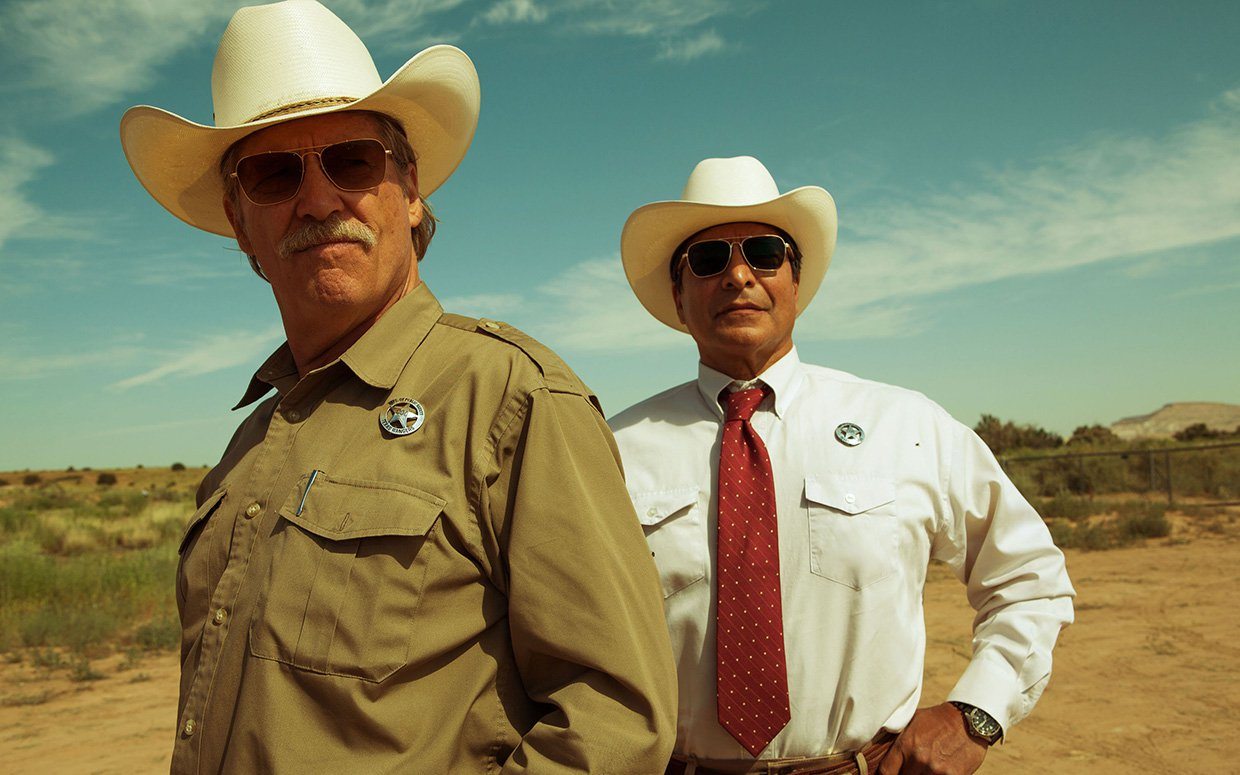 Despite all of its obvious inspirations, Hell or High Water manages to be an unpredictable experience, never resorting to obvious plot contrivances that would manufacture tension between Foster and Pine, who have one of the more unique brotherhood dynamics in recent cinema. Pine is very much the straight man, while his brother is essentially the Joker without face paint — an agent of chaos with a surprisingly sober backstory to lend credibility to his madness. Watching these two actors play off each other is a high point of the film, enhanced by how similarly compelling the relationship is between the rangers, Bridges and Birmingham, who are constantly after them.

Hell or High Water is slow in parts and often methodical in how it wants you to absorb its scenery and frequent allusions to “Debt Relief” signs and shots of working-class Texans who are either packing heat or know someone nearby who is. This could be wrongly perceived as preachy storytelling or an obvious “Robin Hood” spin on the west, if it weren’t for the complex and animated Bridges, who lives by a code of justice that is as sympathetic as the supposed protagonists. Yet just as horrifying.

In short, it’s no 99 Homes. The world of west Texas is easy to disappear into once the first shot is established, as you’re forced to wonder if this is some sort of post-apocalyptic version of the U.S., despite the setting being quite true-to-life and accurate in terms of how massive sprawls of the country have become lawless, apathetic wastelands due to financial greed. It’s probably one of the most interesting “fantasy” worlds created for the big screen this year, and it’s not even fabricated or dolled up with CGI. 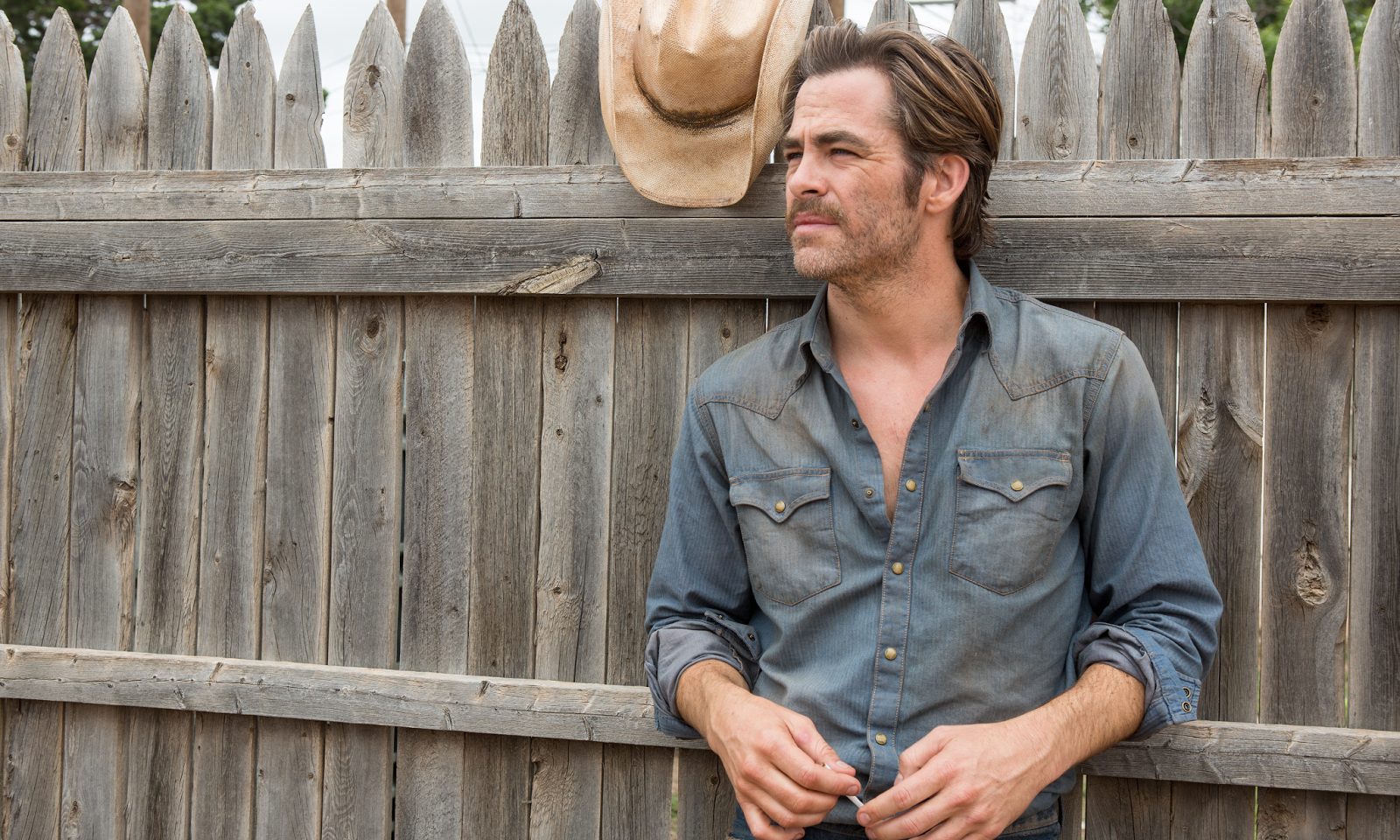 There are a lot of words that describe Hell or High Water in a satisfying way. It’s cynical, yet humorous.  Brainy, yet simple. Mischievous, yet noble. Depressing, yet beautiful. Touching, yet tragic. Straightforward, yet ironic. It’s the masterful combination of these juxtapositions, complemented by well-rounded performances across the cast, that elevate what should have been a B-list movie into one of the best (and most relevant) westerns in years.

2 thoughts on “Review: ‘Hell or High Water’ Is the Modern Western You Didn’t Know You Wanted”