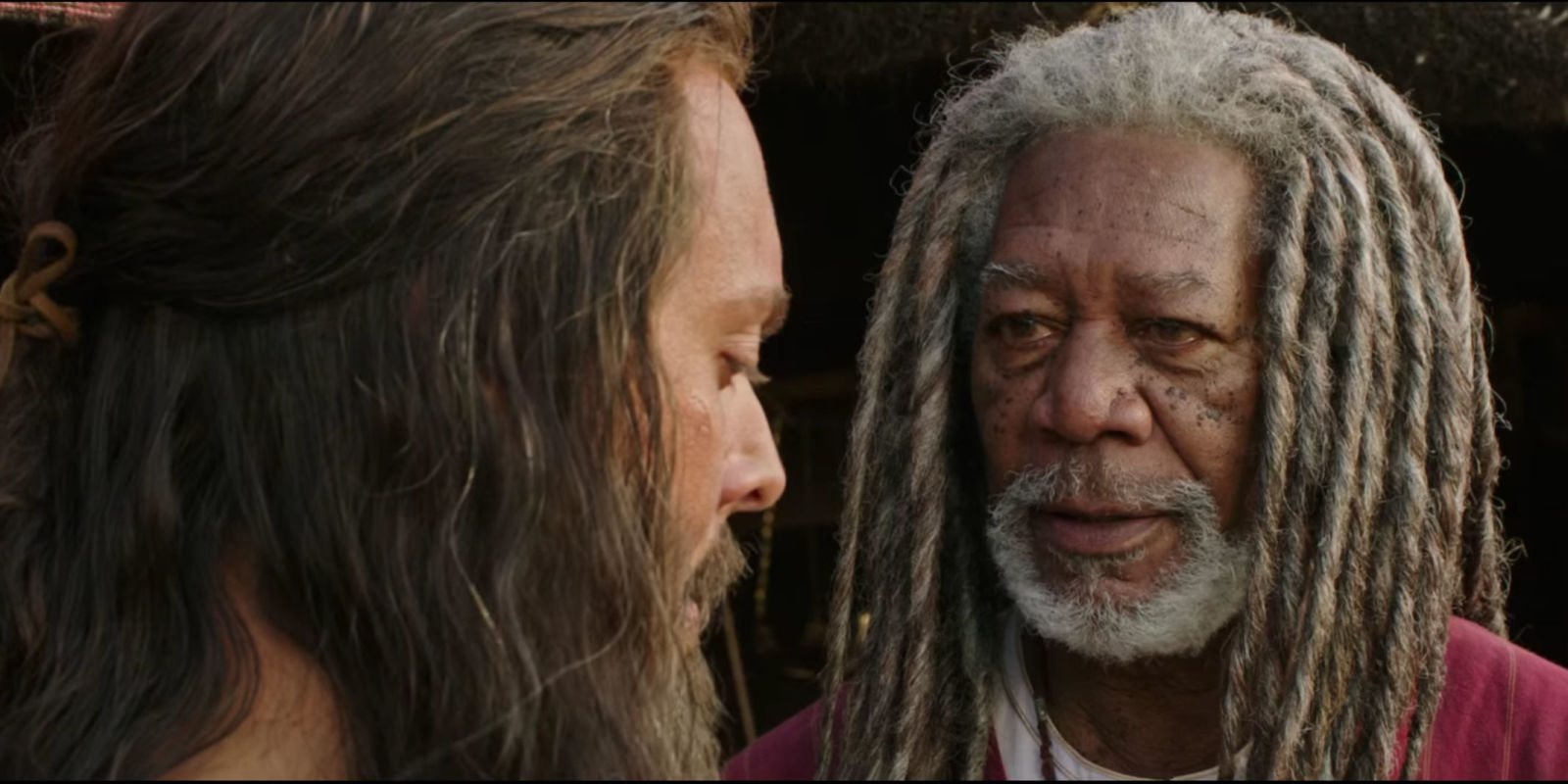 Sarcastically reviewing film reviews may sound like a total waste of time, but it has nothing on reading said sarcastic film review reviews. So I think you’ll enjoy this gem of a film review from that news outlet you’ve never heard of that has inexplicable access to Rotten Tomatoes.

That outlet is Baret News Wire, which describes itself on its own page as (and this is lifted directly from their site):

“Baret News  Wire is a Association of talented writers, and Social Media Professionals.  At”

We’re off to a great start.

Writing for BNW, Kam Wiliams recently “reviewed” the latest Ben-Hur remake, AKA the film classic that was already perfected in 1959, 30 years after the exceptional 1925 silent version, which was an adaptation of a book written in 1880. Who said Hollywood is out of ideas these days? They’ve been out of ideas for a while.

Yes, this noticeably leaves out the actual name of the movie, and as you’ll quickly find, Kamtastic actually gave this movie a perfect score (4/4).

Wow! Well, let’s read this review then, because that’s certainly the most contrarian opinion of this movie out there. You know, since even the most positive reviews by comparison are all closer to “meh” than “10 thumbs up!”

Fresh off his interview with Seth Rogen, aptly named “Rappin’ with Rogen!” (I’m not joking), Kamtastic kicks off his review with nothing in particular:

It takes a lot of chutzpah to remake the Hollywood epic that won the most Academy Awards in history.

It also takes a lot of chutzpah to use the word chutzpah.

But that’s irrelevant. What does Kamtastic think of the movie?

But that’s just what we have in Ben-Hur, a fairly-faithful version of the 1959 classic starring Charlton Heston.

Fairly-faithful you say? Well, is that good or bad? Should a film be faithful to a half-century old property or strive for something new? And if so (or not), what does that mean to the viewer?

I hope you’re not expecting any sort of answer to these obvious questions.

The films are based on Ben-Hur: A Tale of the Christ, a novel published in 1880 which quickly surpassed Uncle Tom’s Cabin as the best-selling American novel to date.

Uh…OK. That’s definitely information, alright, but I’m not sure that has anything to do with—

The book’s author, Lew Wallace, was a Civil War General who had led Union soldiers at the battle of Shiloh.

His inspirational tale of redemption’s success was credited to the fact that its timely  themes of family, freedom and patriotism helped unify a citizenry torn asunder by years of war and then Reconstruction.

That’s really nice, but can you start talking about the movie you came to review, now? Or how/why this is at all relevant? I would understand commenting on the 1959 film to lend context to your review, but going on and on about the book is like filming a movie about sharks inside a poorly-lit library in Kansas.

Its compassionate tone particularly appealed to Southerners, because of its sympathetic treatment of slave owners, encouraging resolution via reconciliation rather than revenge.

What is this, Wikipedia? If I wanted your surface-level book report on barely related (or interesting) facts that have nothing to do with the movie you just saw, I would go back to your Seth Rogen interview.

Next, Kamtastic finally talks about the movie!

this incarnation of Ben-Hur stars Jack Huston as the title character,

although the supposed star is easily overshadowed by the film’s narrator, Morgan Freeman,

Really? The main character is overshadowed by the narrator?? I know it’s Morgan Freeman, but shouldn’t you be complaining about this?

It doesn’t end there. Kamtastic goes on to list more facts about the movie you probably don’t care much about. He just mentions the casting and some minor backstory for each person of interest.

And this is all fine for a review, but we’re halfway through a review with a perfect store and Kamtastic hasn’t said a single insightful thing about the movie he supposedly loved. I’ll give him credit, though, for successfully translating monotone to the written word.

The plot thickens when the fully-grown Messala, by then a Roman soldier, unfairly fingers the Ben-Hur family for an act of treason perpetrated by

I can’t even finish this sentence. It’s just a paragraph that literally walks you through the crucial plot points of the movie. There’s no commentary. No language to paint these plot points in a way that lets us know how Kamtastic experienced the film. Just spoilers via run-on sentences.

And yeah, I get that most people already know the set up of Ben-Hur, but Kamtastic actually spoils one of the big reveals of the third act, just so he can stall from saying something opinionated or, dare I say, purposeful.

Before the review ends, and yes, it’s already over, Kamtastic wraps it all up with the most ambiguous piece of film criticism I’ve ever read out of a Rotten Tomatoes-aggregated review:

Distracting CGI mob scenes and heavy-handed sermonizing aside, Ben-Hur 2016 is nevertheless a very entertaining variation on the original that’s well-worth the investment.

Yeah. This perfect 4/4 film as graded by Kamtastic has a flaw for each nice thing he has to say about the film. Seriously, here’s what you just read:

And that’s it! Kamtastic gives Ben-Hur a perfect score because…what do you care?! It’s not like his literal job is to share constructive opinions on the art of film, commenting on what it is about a given movie that makes it worthwhile or meaningful. This guy is seriously giving the Ben-Hur remake a glowing recommendation based on the fact that the narrator steals the show. I bet he lost his lunch when he watched Morgan Freeman play God on Bruce Almighty.

Now, I would never get on someone’s case for liking a movie, no matter how bad it is. But if they’re a person whose “grade” affects something as far-reaching and influential as Rotten Tomatoes, then they seriously need to give themselves a leg to stand on.