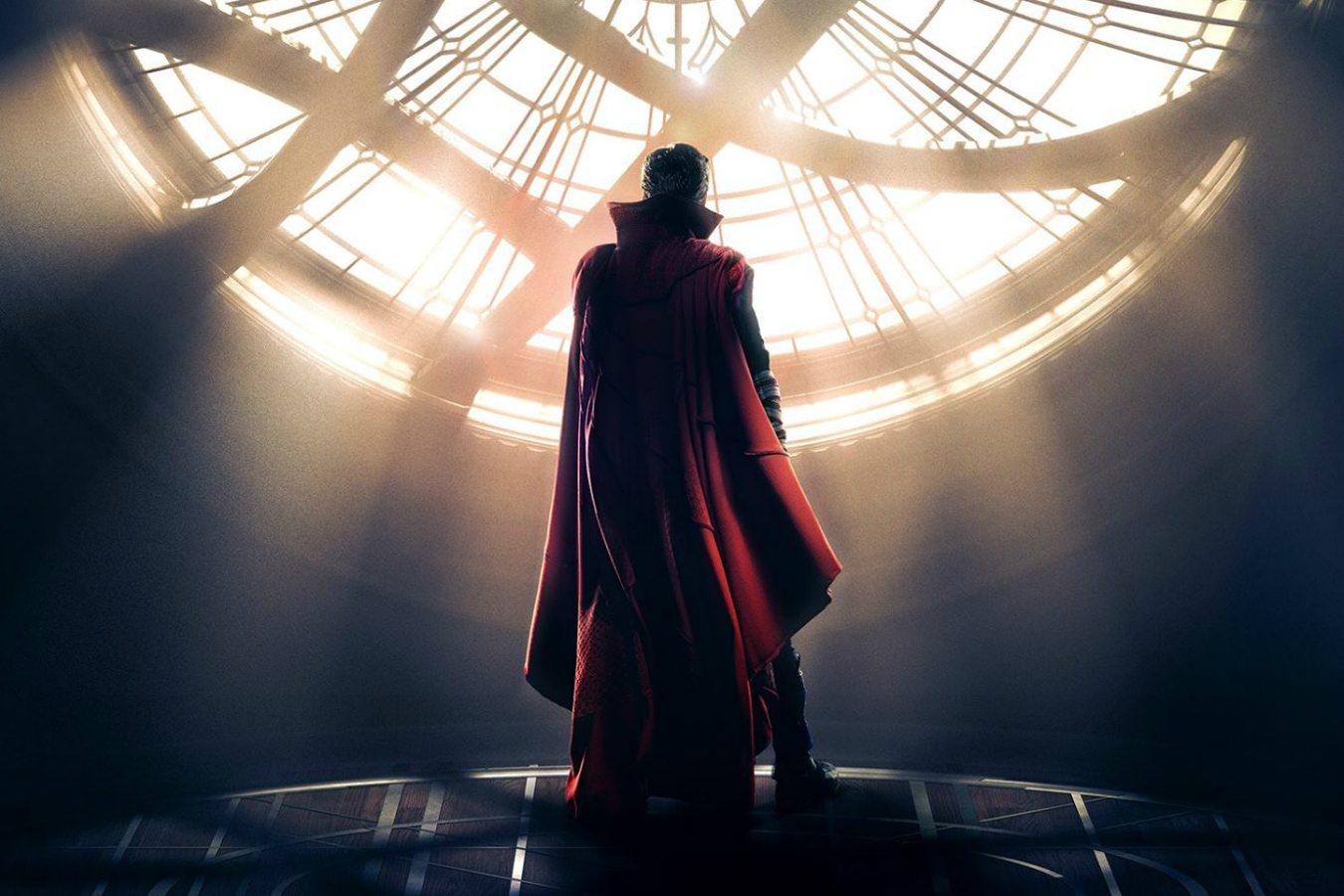 Until the end of the “superhero golden era” finally comes, we won’t be able to analyze the full impact that Marvel Studios has had with its cinematic universe of movies. But even though we don’t have the full picture at our disposal, everyone has their own reasonable guess for how and why Marvel been the dominant superhero movie franchise for nearly a decade, in terms of both critical and fan reception.

Some of the effects of the Marvel Cinematic Universe (MCU) are quite obvious, and I think that’s why vague observations about Marvel Studios are tossed around by its naysayers. When you think of shared universe movies — that is, movies that share the same characters and other sandbox elements without being direct sequels — you might feel the urge to groan a bit, especially if you watch and keep up with a lot of different movie franchises that all strive to replicate what Marvel did so well with Iron Man in 2008.

Sony tried to kickstart a Spider-Man shared universe of villains and ultimately failed. Universal has long been planning a shared universe of monster movies, citing they could have the “Avengers” of Dracula, the Frankenstein monster, the Wolfman, and more. Even a Hanna-Barbera cinematic universe is reportedly in the works, planned to kick off with a new Scooby Doo movie. And this year’s Ghostbusters ends with a universe-setting teaser straight out of the ambiguously defined Marvel formula.

Marvel’s most direct rival, and for several obvious, yet key reasons, is DC Comics, which Warner Bros. owns the exclusive rights to. After a hugely successful trilogy of Batman movies, all helmed by Christopher Nolan and universally praised by fans and critics, Warner Bros. took the next logical step toward establishing a shared universe of their own that could do for Wonder Woman and the Flash what Marvel managed for Iron Man and Captain America, just to name a few. 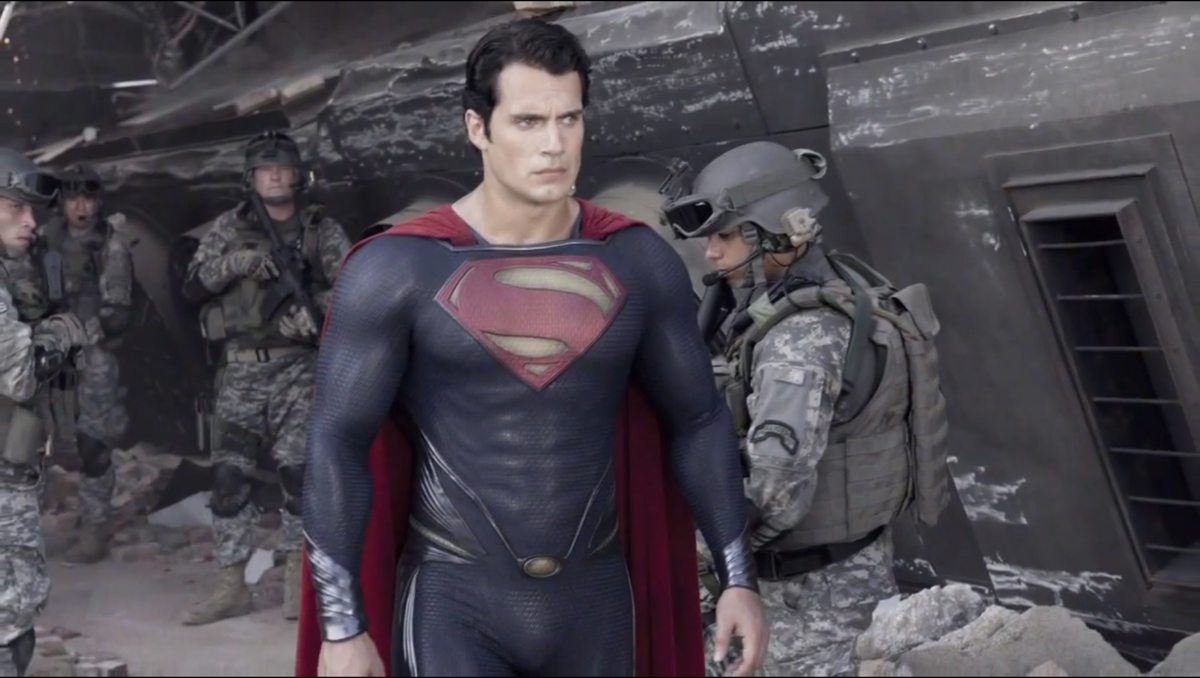 Remember, just one year after Nolan’s Batman trilogy ended with The Dark Knight Rises, Warner Bros. released Man of Steel, the perfunctory beginning of what was meant to be something completely different compared to anything put out by Marvel Studios.

Except, well, Marvel has already  been “different” by its own standards for years, and it’s found great success doing so, while DC Comics hasn’t. At least not on the same scale.

To be fair, Man of Steel and Batman v Superman: Dawn of Justice were not financial failures, but they did fail to live up to their profitable potential, making less money domestically than Deadpool, which is based on a character far less popular and recognizable than Batman, Superman, and Wonder Woman. And even more recently, Suicide Squad has been panned by critics for sharing a lot of the same flaws of these movies, though it will still open to huge box office numbers, regardless.

What’s odd, then, is that the films have been criticized by many for being too different, using phrases like joyless and dark to color a picture of a movie that doesn’t deliver the same experience viewers got with most of the Marvel movies. 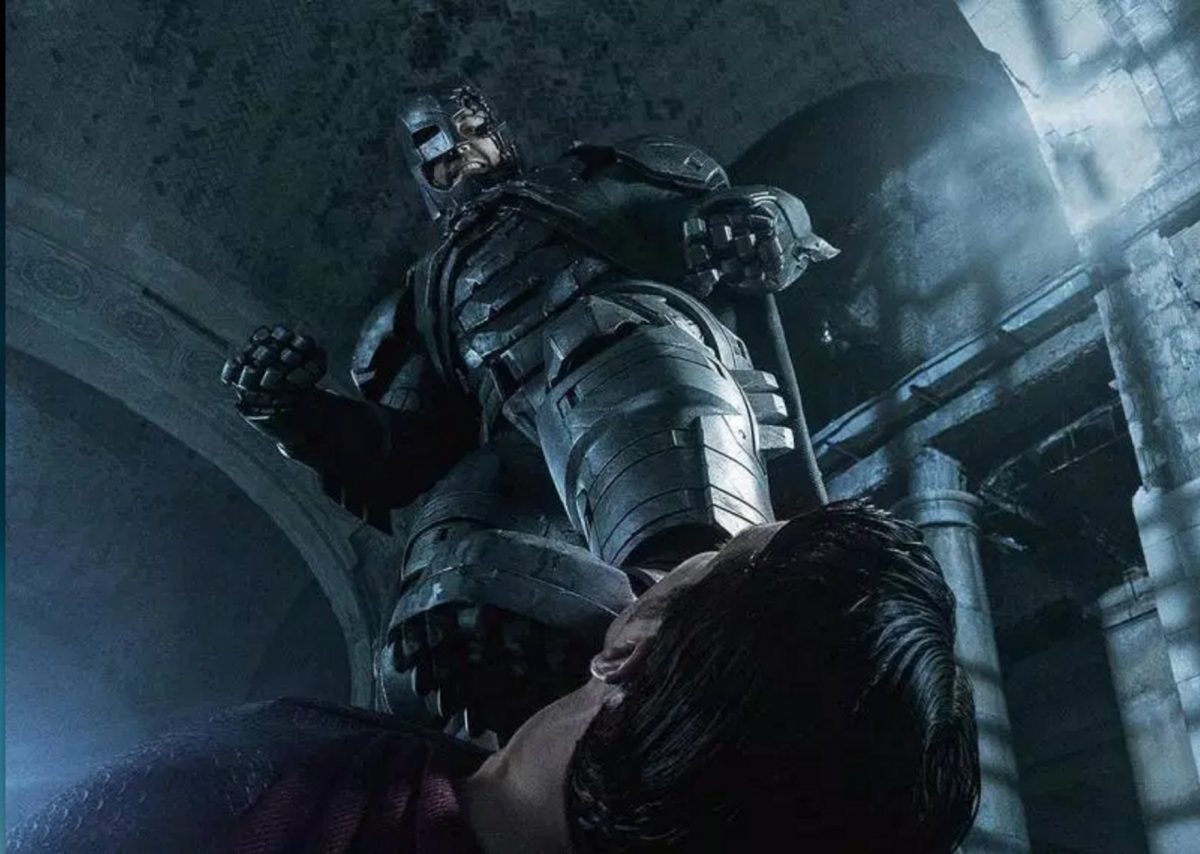 Supporters of these DC Comics movies have a right to call out this opinion for being intellectually dishonest. Of course a movie like Batman v Superman: Dawn of Justice is different, they say. If it were the same formula as a movie like The Avengers, then critics would complain just as feverishly.

Both sides of this argument have it wrong, then. Because what they both forget is that while there is a bare-bones formula to the Marvel movies that makes them feel cohesive — that is, it’s easy to believe the movies exist in the same universe at all — none of them are all that similar to any of the others in just about every other way, unless the movie is a sequel, and even then, Marvel movies have a habit of changing entire subgenres in between their sequels.

One of the best and most famous examples of Marvel being “different” involves the entirety of what sets up the first Avengers movie, which serendipitously released the same year as The Dark Knight Rises. The very concept of setting up an ensemble superhero film after several standalone pictures that establish the characters was brand new at the time and, more importantly, untested.

Yet The Avengers is the highest-grossing superhero film of all time and was universally acclaimed by moviegoers, which holds up even today. 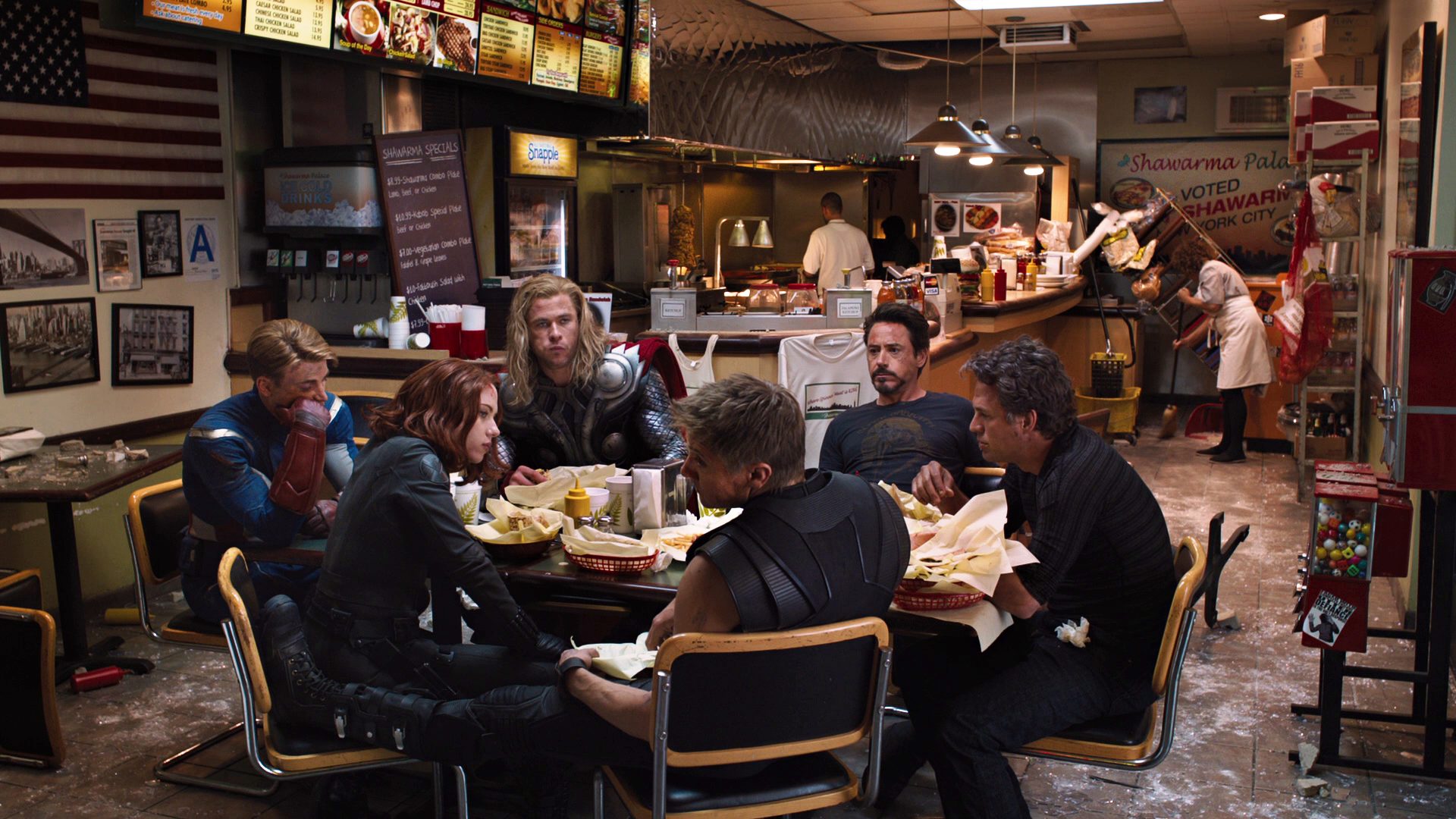 It’s fair to judge Marvel for being good at being different based on the fact that people loved The Avengers, despite how risky the structure of it was, and because it provided a sizable return on investment both financially and even culturally, hence we’re even having this debate about superhero movies being different.

What’s even more interesting, though, is the fact that Marvel movies have continued to be different and surprising, even though they have a proven formula they could repeat on end to minimize the risk of failure.

For example, the Marvel films that have truly defied expectations include Guardians of the Galaxy and Ant-Man, arnhich were both proven hits for the studio, despite being completely different from any other Marvel film in tone, structure, and many other crucial elements.

Guardians of the Galaxy is an action comedy set in space, and most of its characters aren’t even human. That’s a far cry from any other comic book film, period, let alone Marvel movies like Iron Man and even Thor. The premise of Ant-Man is absurd enough, despite the movie actually taking place on Earth. Yet it feels so different as a superhero movie because first and foremost, it’s really a heist film with bits of Edgar Wright’s unique editing style thrown in. 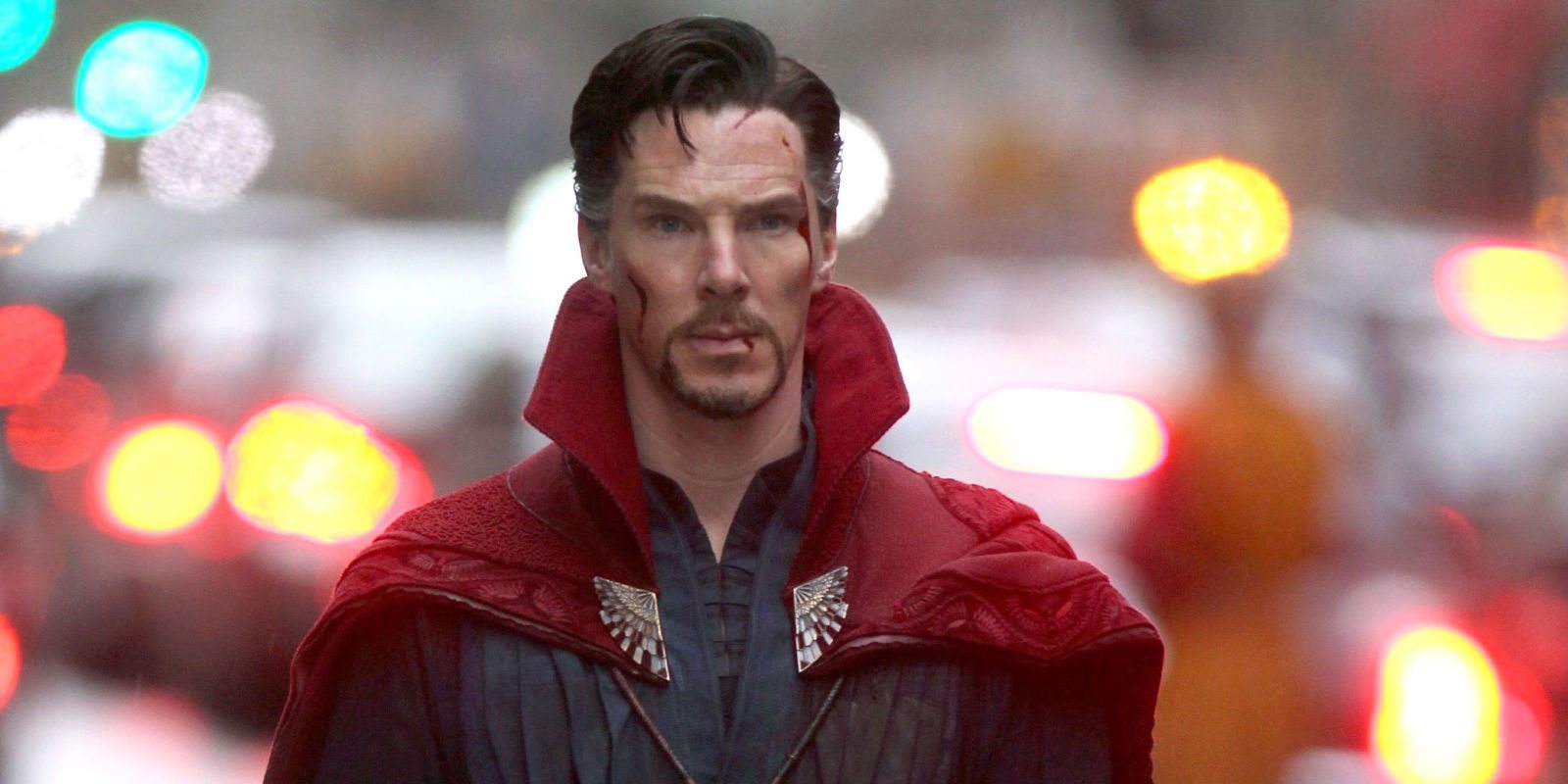 The upcoming Doctor Strange, set to release this November, is also a movie that — judging by the marketing and previous knowledge of the character — looks and feels different from previous Marvel offerings, because it seems to be tackling unchartered territory in terms of fantasy elements and dimensional science for the hero of that movie to experience.

These movies, excluding the as of yet unseen Doctor Strange, have been hits with both critics and casual audiences because yes, they’re different. So it’s strange, then, when both critics and naysayers of Marvel movies speak as if this cinematic universe has a firm license on vague storytelling elements, like humor and quipping. There’s a desire for DC to be the other side of the coin, different and more progressive than what might be called a mainstream superhero franchise with Marvel.

The problem with that desire, though, is that Marvel has already been the other side of that coin, and the other side of many coins that they, themselves, have inserted into the zeitgeist of superhero films. They don’t always get it right, of course, and some of their risks have been paid off better than others, but if DC should take notes on being “different” for the sake of surprising and delighting its fans, it should really be paying more attention to Marvel. Not less.

Because being different, while a good start, is not a merit on its own. Fantastic Four was different, which we can all agree on. But that definitely didn’t improve what was inherently flawed with that film. A non-Marvel movie that’s great at being different is Deadpool, made by Fox, proving that a superhero film doesn’t have to be made by Disney in order for it to be beloved by just about everyone old enough to see it. 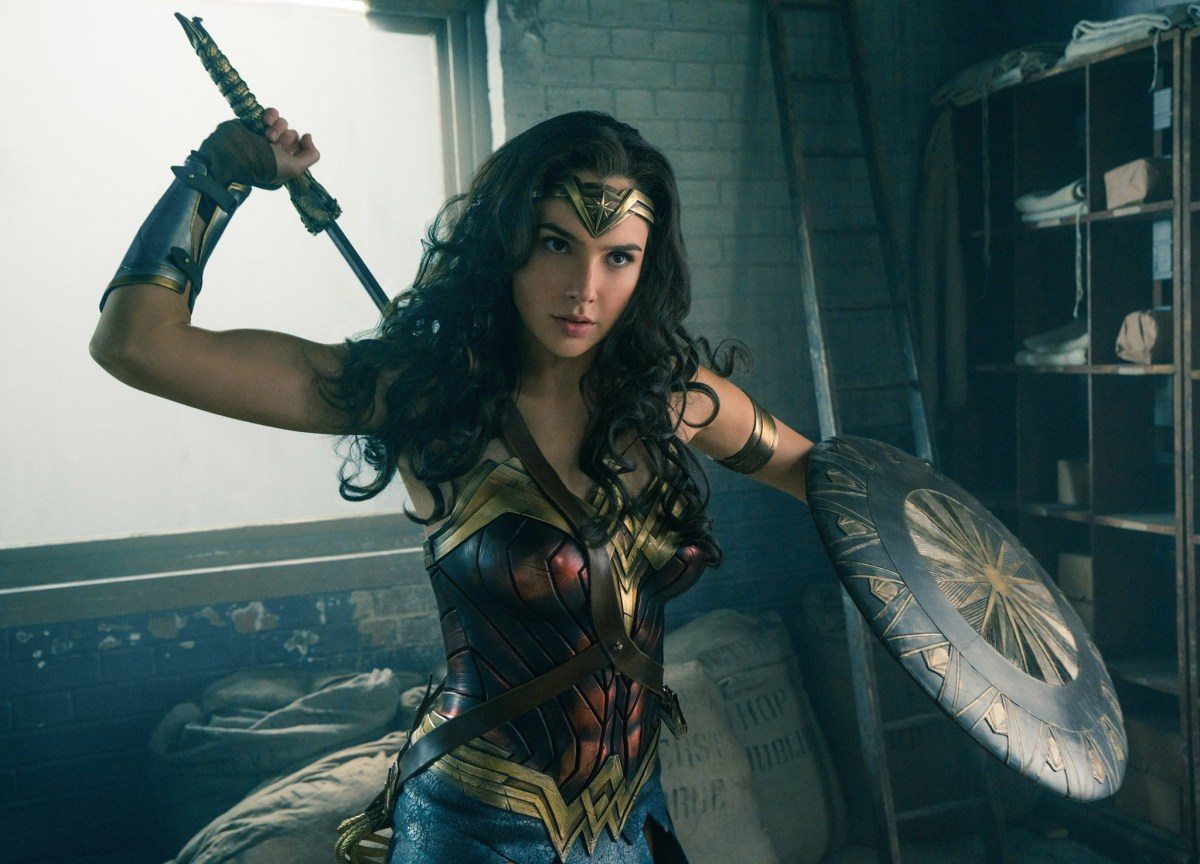 I still have high hopes for DC Comics moving forward, though not nearly as high as I used to three years ago. But if you’re reading this and feeling a bit alienated because you want DC Comics and Warner Bros. to keep taking risks and producing films with these iconic characters that demand to be different from what we’ve seen before, then you can definitely take solace in one, major thing: The DC Comics movie universe under Geoff Johns — their new Chief Creative Officer and co-developer of The Flash on CW — kicks off next year with Wonder Woman.

And from what we’ve seen so far of that movie, the future could still be quite bright (not dark) for DC Comics.