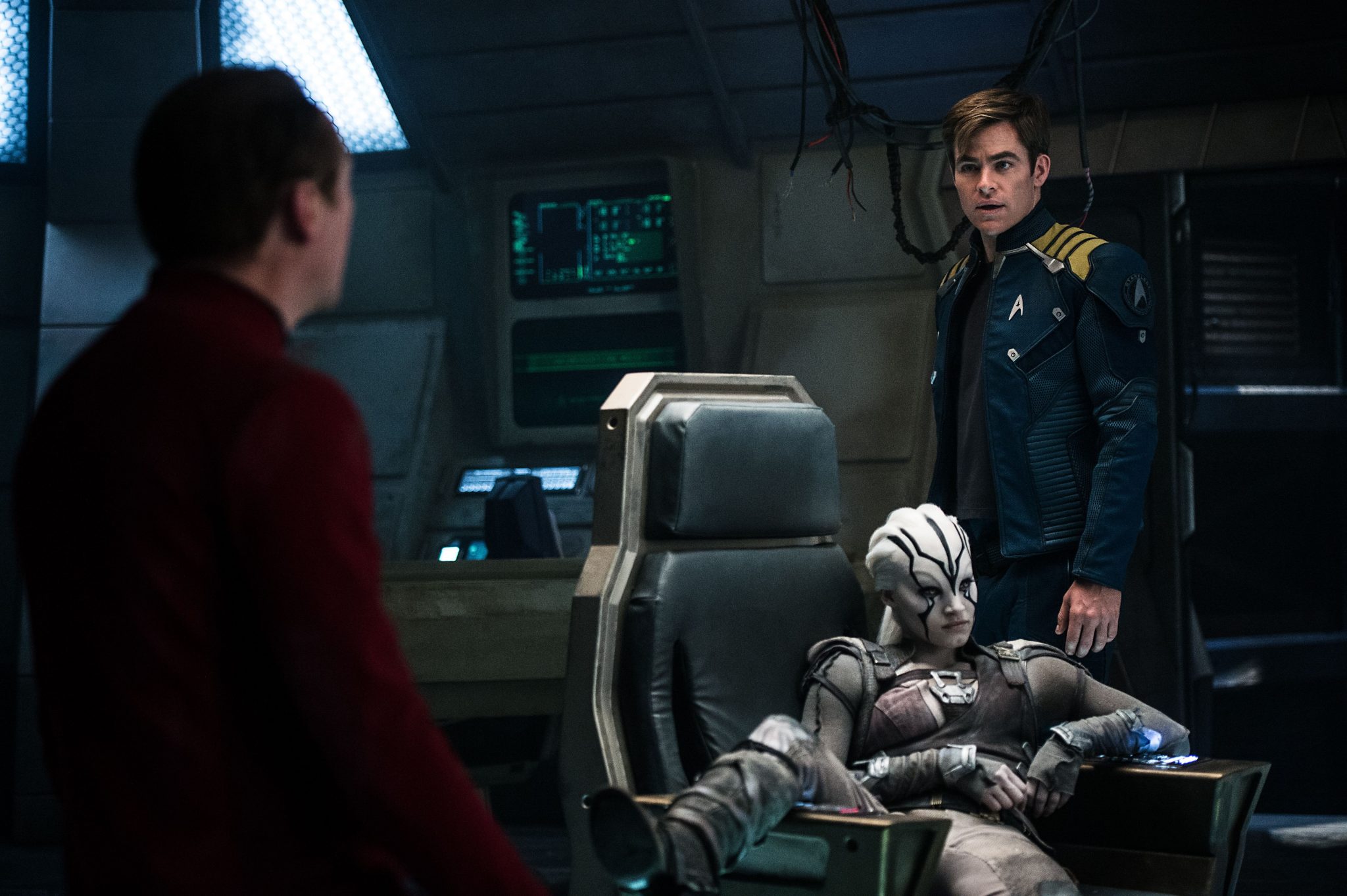 The appeal of Star Trek as a franchise of movies, TV shows, books and more has always varied depending on the time of release, the exact story in question, and the ensemble of characters.

The early run of Roddenberry’s Trek, for example, was very much a series about perplexing puzzles, intriguing ideas, and the sheer wonder of an unexplored frontier, coming out at a time when mankind was only just beginning to put a man on the moon.

Later iterations of the Star Trek sandbox have rightly experimented with new ways to tell new stories, while always falling back on at least one aspect of what made the original run so compelling in the first place. And when the original TV show became a continuity-bending reboot in Star Trek (2009), we were granted one of the most brazen attempts to make a genuinely fascinating lore and universe more appealing for larger audiences.

It’s strange, then, that the third movie of this “requel” trilogy, Star Trek: Beyond, essentially reverts to the barebones formula of classic Star Trek. The characters trade one-liners every minute, the stakes are muted, everyone’s story arc kicks off only to be barely mentioned again until wrapping up nicely in the end, and the overall adventure is isolated to one main location. So to compare Beyond to an actual episode of Star Trek with a huge budget and a longer running time is extremely fair. 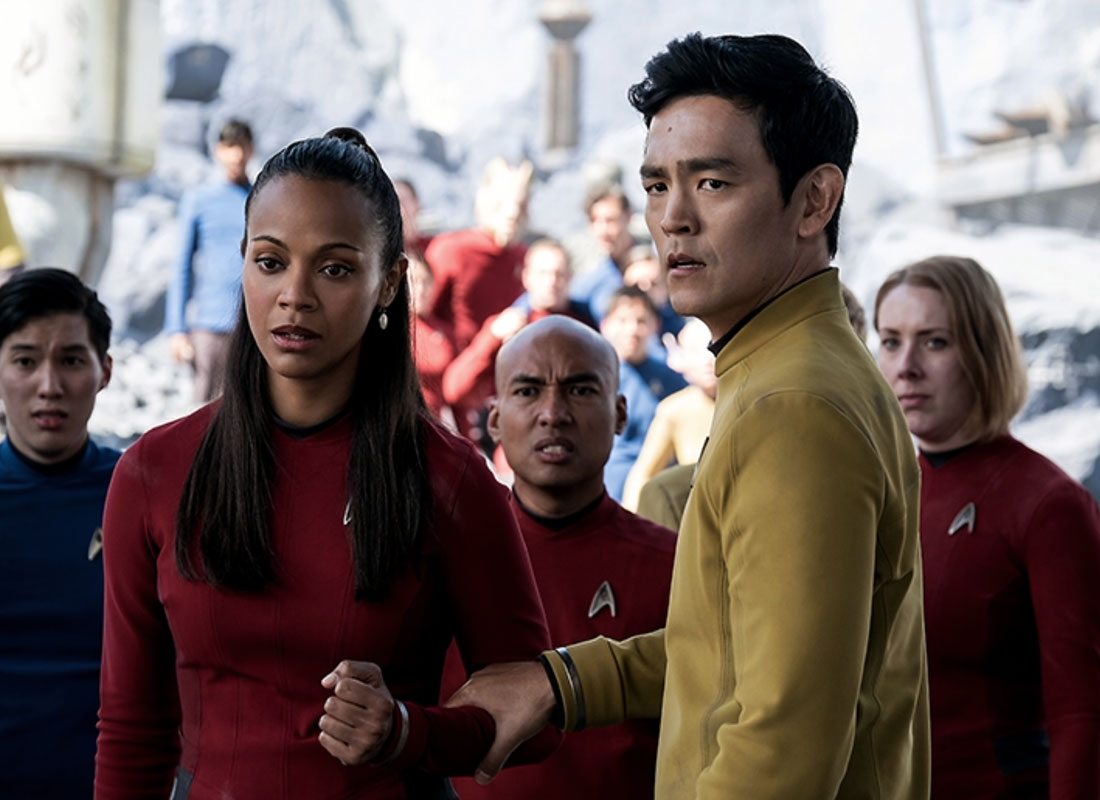 And for a lot of Star Trek fans, that’s plenty good reason to enjoy every second of Beyond, despite it losing the rejuvenation of the ’09 version and even the beautiful, yet flawed Into Darkness. Both of these movies pushed the universe of Star Trek in new directions, while still using familiar tropes to keep the concept grounded. The sets and costume design were given more edge, the pacing and energy matched the panic of space, and ultimately, you felt like you were watching a brand new spin on Star Trek.

Beyond does, in fact, rely on those familiar tropes just as much. The villain, Idris Elba in layers of makeup, boils down to yet another revenge-seeking, Starfleet-hating general, about as insidious as Nero and Khan in the last two movies. His arc is delayed until the third act, so it’s difficult to sympathize with his motivations, as unclear as they are, when you’re in the mode to finish an episode of television, not a compact experience.

It also doesn’t help that this is easily the most visually unimpressive Star Trek of the series, with most of the sharp detail of the last two films appearing to have been gutted due to budget cuts. An even likelier explanation is that we’ve simply been spoiled over the last seven years, and Paramount just hasn’t caught up.

That said, there are certainly some intriguing ideas and set ups offered by Beyond, mainly with Captain Kirk (Chris Pine) and Spock (Zachary Quinto) at the forefront. After years of helming the Enterprise, Kirk has become disillusioned about their mission to explore an endless space, trying to help civilizations that don’t seem to need their help much (a conceit that the movie sparsely addresses again until the very end). And Spock struggles with the progeny of his dying race, the Vulcans, and if his time would be better served leading his own people. 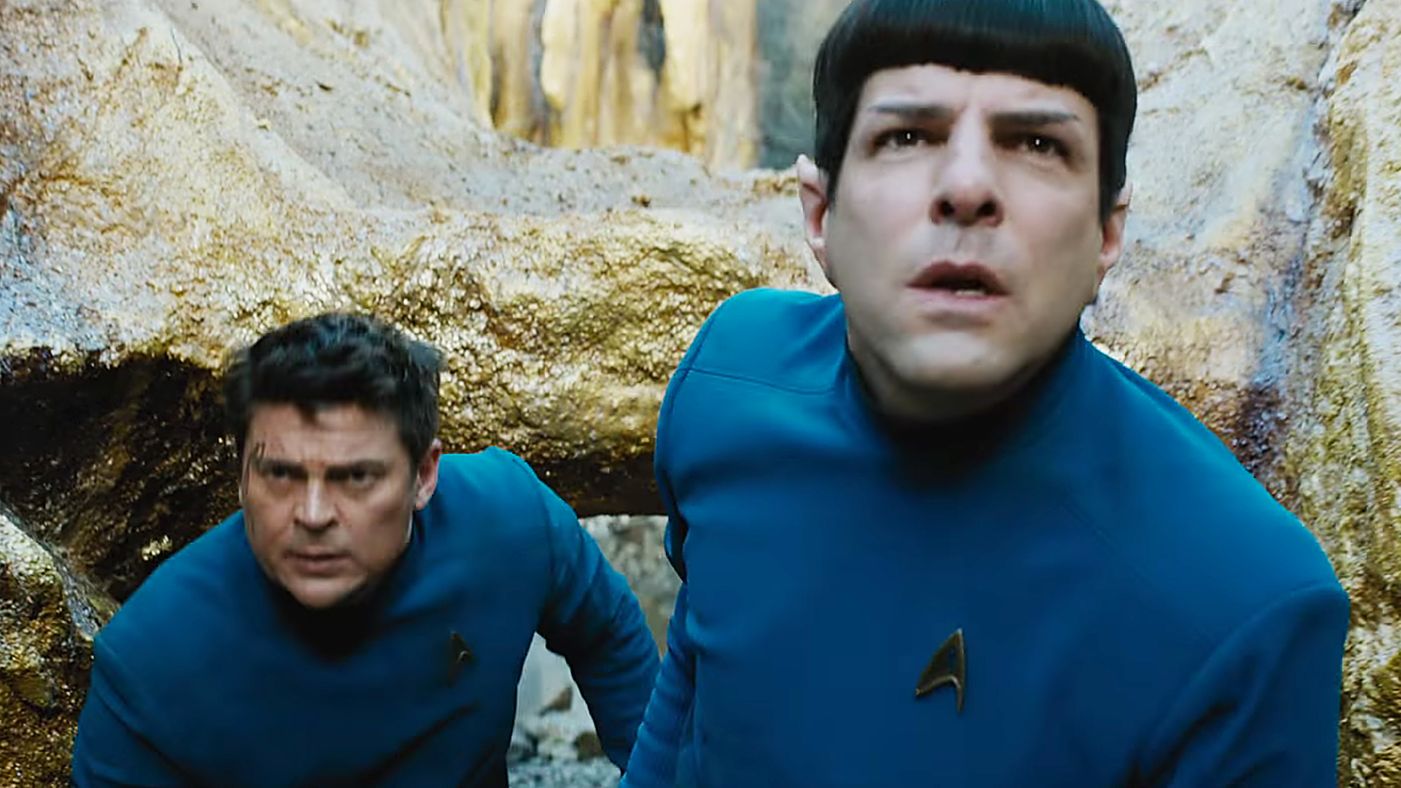 Unlike Kirk, Spock’s story here seems to affect almost everything he does in Beyond, thanks mostly to the decision to pair him with Bones (Karl Urban) for most of the movie, giving both characters ample opportunities to play off each other in amusing, often heartfelt ways. This is certainly at least one aspect of the original Star Trek that deserved to be maintained.

When Beyond is at its best, the crew of the Enterprise scrambles to solve impossible problems with ingenious solutions, all while bickering with each other in the process. At its worst, Beyond is mind-numbingly mediocre and middling, setting up huge action pieces with silly vehicles, shaky fight choreography, and serviceable side characters, rather than bold ideas and moments of surprise and wonder you’d expect by the third movie.

4 thoughts on “Review: ‘Star Trek: Beyond’ Is Short on Ideas, Big on Silly Action”