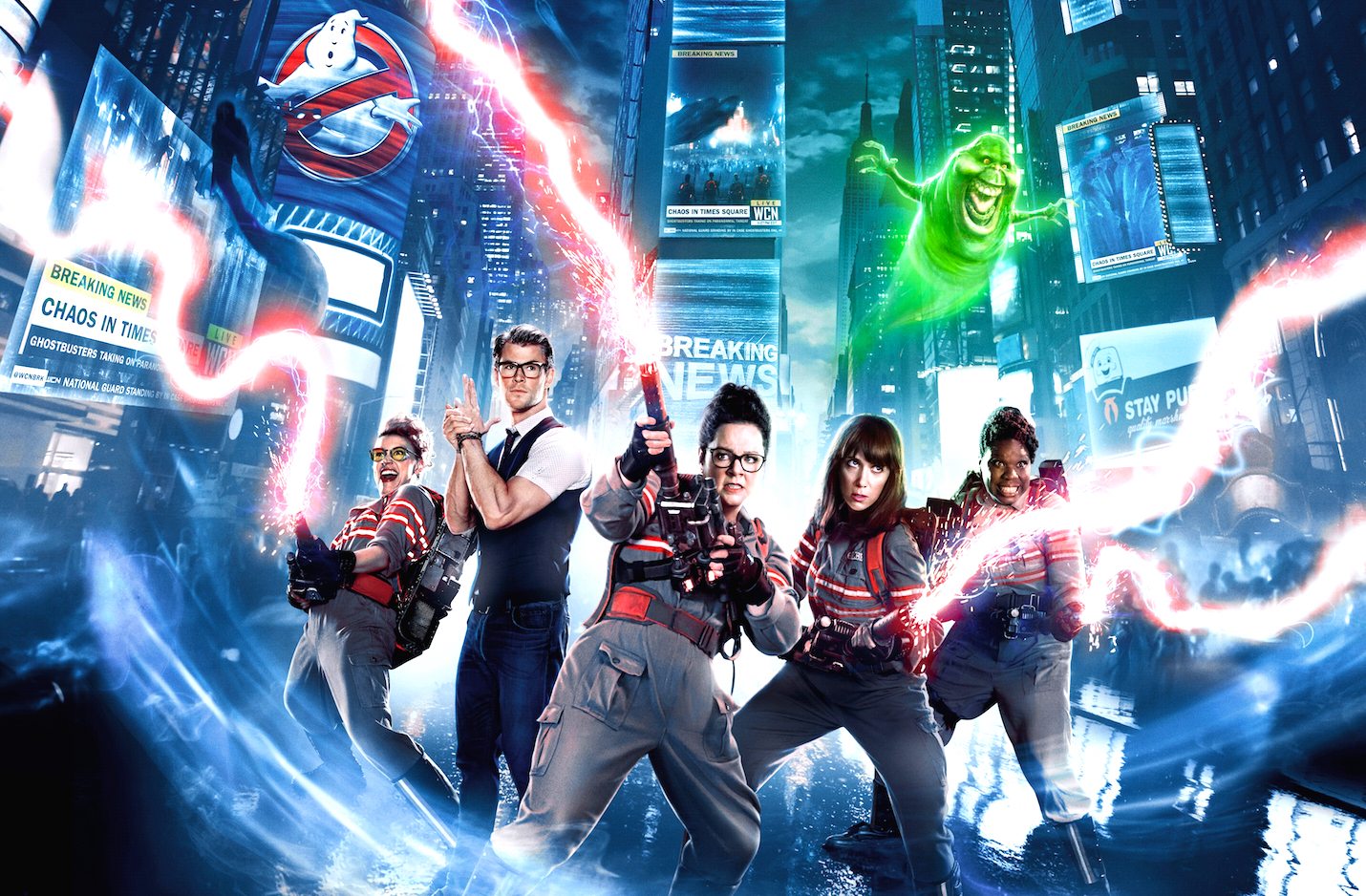 2015 was a banner year for the “requel,” in that it boasted several largely successful sequel/remakes ranging from Mad Max and Jurassic World all the way to a new Star Wars.

Yet this year’s Ghostbusters is more akin to Rise of the Planet of the Apes, in that it reboots the lore of the previous films entirely by placing its hapless group of ghost hunters in NYC at the very beginning of their story. Despite this clean slate, though, the movie really doesn’t want you to forget that there was another Ghostbusters movie over 30 years ago.

The best gags come in the very early scenes, when it’s established that two former friends and paranormal scientists, Erin and Abby (played by Kristen Wiig and Melissa McCarthy), reunite to help with a ghost problem in a local haunted house. They’re aided by Abby’s new engineer accomplice, Holtzmann (played by Kate McKinnon), who builds all the gear they use to subdue the CGI specters that have been unleashed all over town.

Later on, the “Ghostbusters” also recruit Kevin (played by Chris Hemsworth), a secretary with almost no other character traits aside from him being good looking and a total airhead, as well as Patty (played by Leslie Jones), a former MTA worker who lends the team knowledge over the historical nonfiction of New York, along with a new, sweet ride from her uncle’s funeral home. 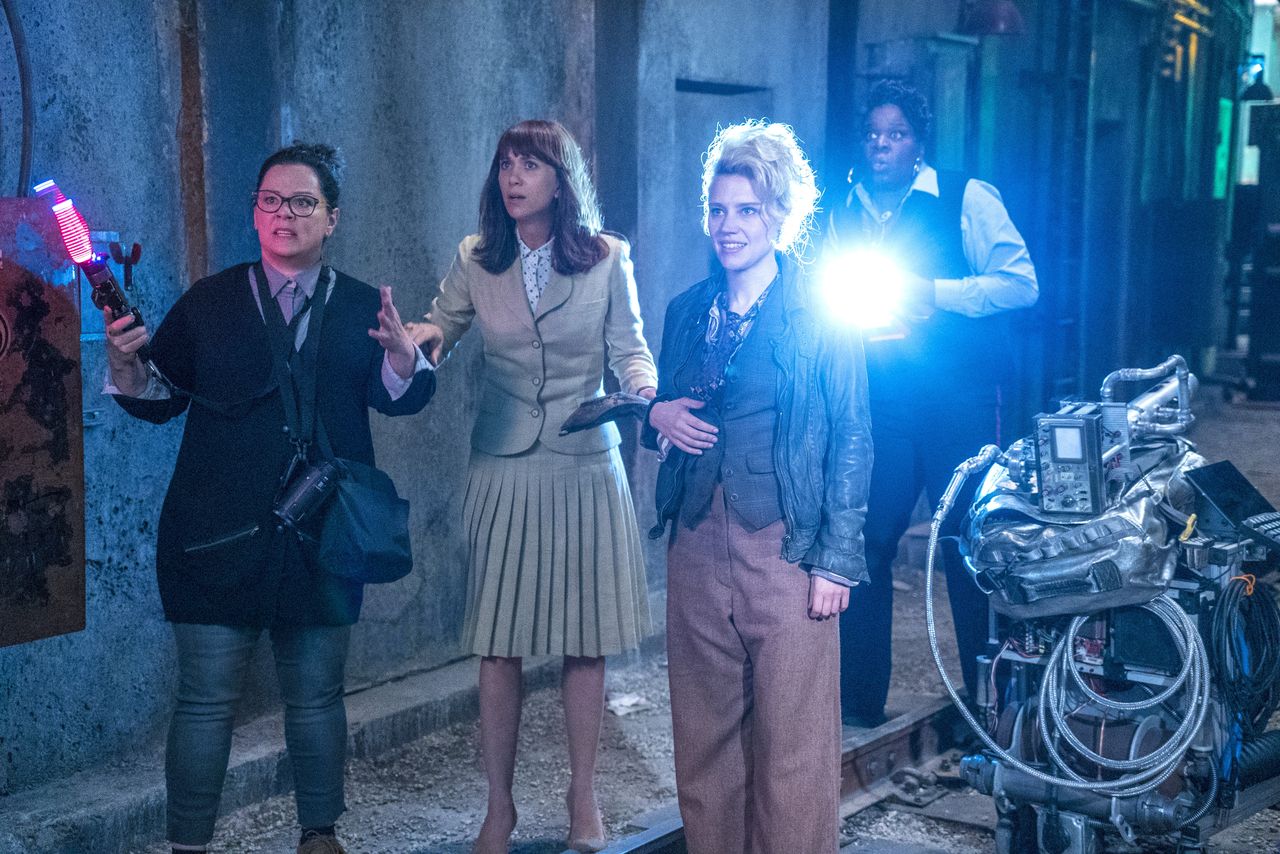 It’s important to point out that this reboot works a lot harder than Ghostbusters 2 when it comes to rejuvenating what made the original 1984 film so endearing and an instant classic. But it does still contain a lot of the same story beats, because it is a reboot, after all. The idea of a mostly-female cast, however, is never quite used to its full potential, believe it or not, as a way to make this Ghostbusters feel like something all its own in comparison. For whatever reason, it’s nowhere near as smart as it probably should have been.

The main characters are still, for the most part, derivatives of the original cast, but with new actors who happen to be mostly women this time around. Granted, the comedic timing is a lot different as to be expected from a Paul Feig film (though Bridesmaids-level humor, this is not). Unfortunately, the majority of jokes read as some of the worst kinds of ad-libs you’d hear from an amateur improv group, rather than out of the mouths of SNL veterans, and a good number of the gags don’t extend far beyond the realm of generic slapstick and flatulence jokes.

In other words, this film won’t do any favors for harsher critics of last year’s Spy, for example, though that Paul Feig movie somewhat benefited from a more “uninhibited” McCarthy performance. Many of the jokes in Ghostbusters are surprisingly unfunny and ill-timed, many of them sounding like someone used the wrong punchline from another joke or bit. 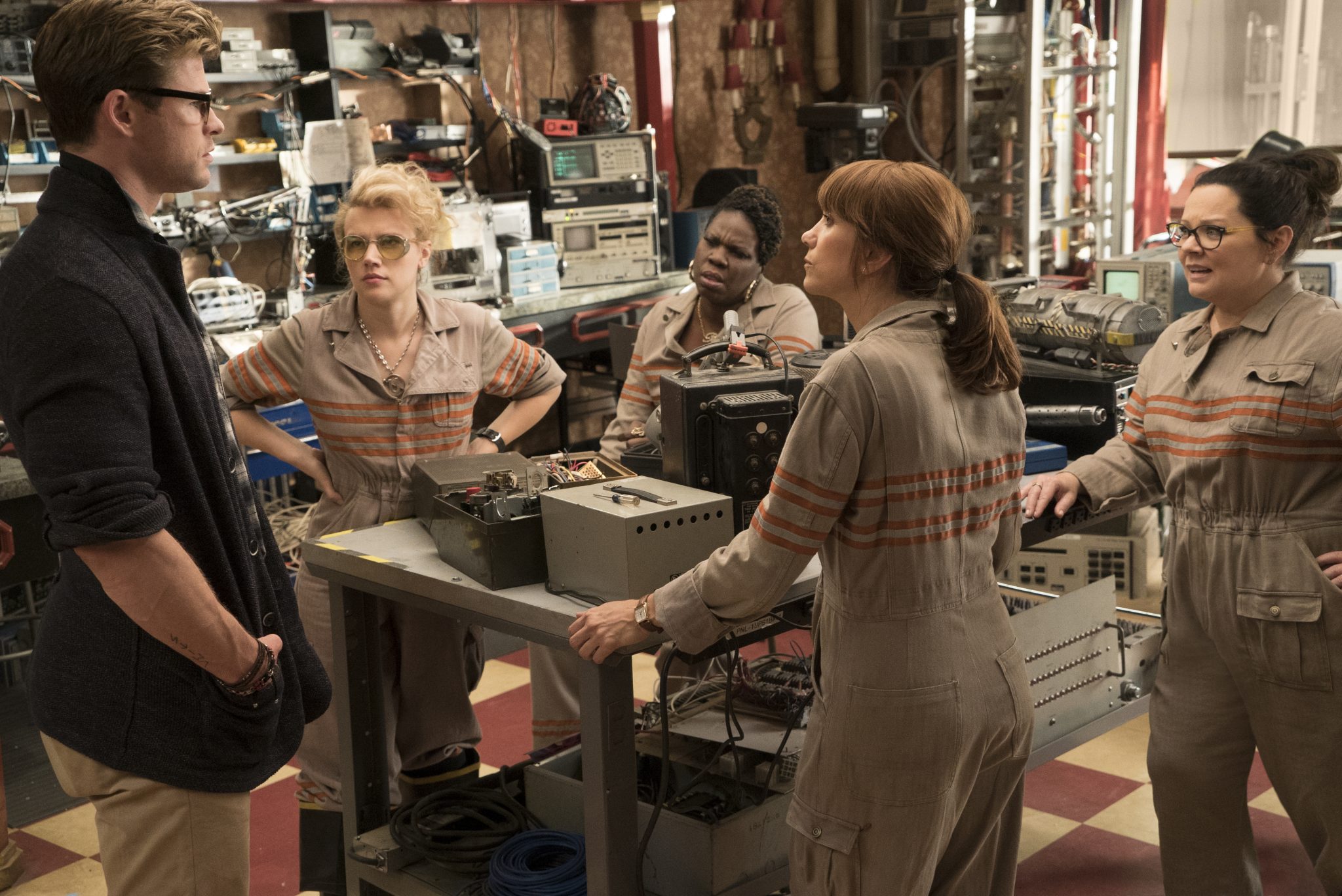 And it’s not just the humor that feels a bit stifled and poorly executed. A good number of scenes were shoddily edited with very obvious cuts in the middle of humorous scenes that apparently didn’t translate well after shooting. There were plenty of moments when a scene would just end, without any sort of dialogue or transition you’d expect to be warranted.

The action, at times, is thrilling enough and benefitted by decent effects that let the movie go all out on its weird premise. To be fair, though, a lot of these action scenes are a lot longer than you’d want them to be, and it’s easy to find yourself getting quite bored as you wait for the ending, in no small part thanks to a weird lack of tension, even for a comedy.

The film is also distracted by its own overload of cameos and references to the original film, in a way that feels far too forced and hamstrung to carry any weight beyond, “Oh look! I know who that is!” Worse, the cast members they brought back for these cameos come off as positively bored and reluctant to even be here, save for Dan Ackroyd. 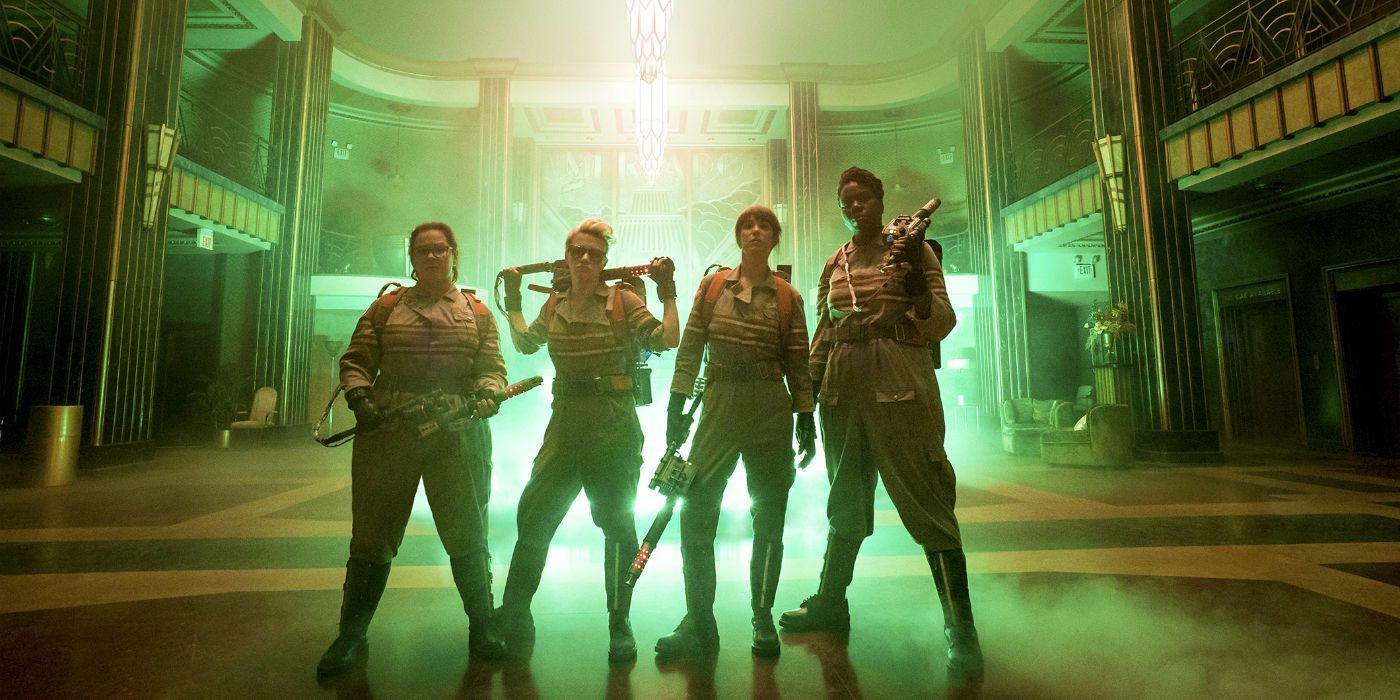 That said, the movie does have its funny, even engaging, moments, at least in the early goings. It’s hard not to be at least somewhat entertained by a Ghostbusters movie, after all, especially when you’re watching one with so many obvious callbacks to the movie you already love, as well as a funny joke once in a while. For a lot of people, though, these references and cameos will be painful reminders that they’d rather be watching the original Ghostbusters, instead.

To sum up, Ghostbusters is flashy, dumb, and shoddily made, which would be fine if it was at least consistently funny. And it lacks a basic fundamental of subtlety you didn’t know you expected from cheesy action comedies, in favor of forced nostalgia desperate to make billions of dollars out of a franchise. And even that’s been done to death already when it comes to Ghostbusters.

5 thoughts on “Review: The ‘Ghostbusters’ Reboot Suffers Most From Forced Nostalgia”