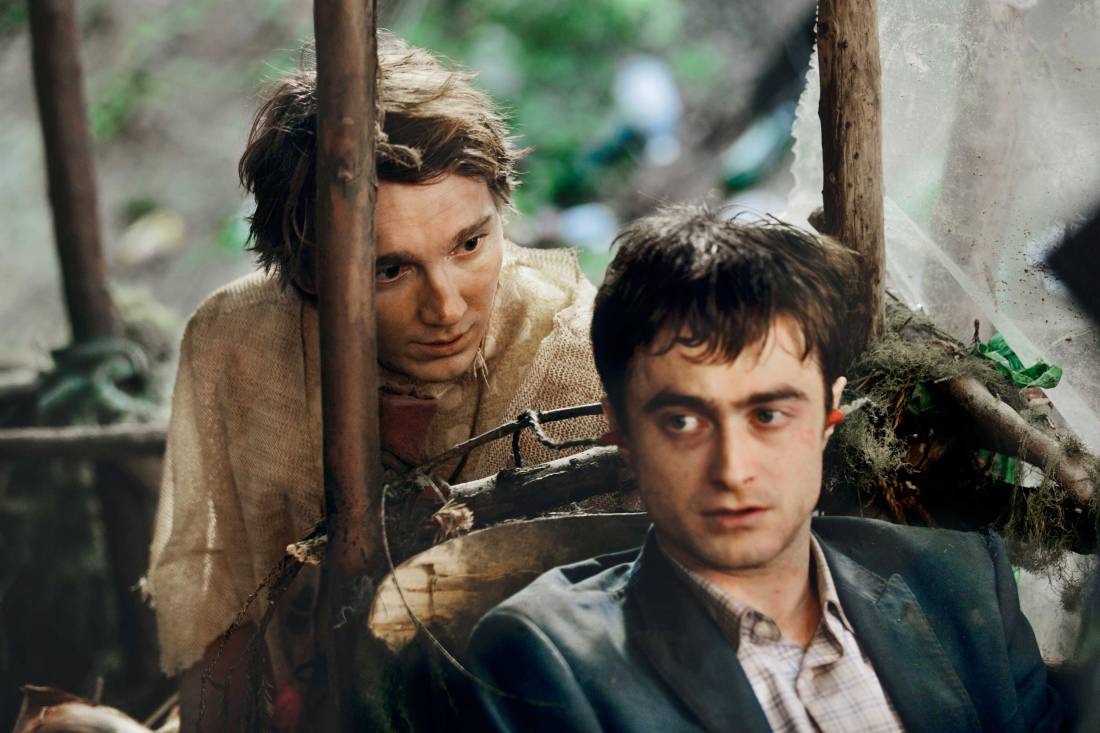 What makes a man useful? What makes a corpse worth anything? These are the underlying questions behind the “make what you will of it” indie film, Swiss Army Man, directed and written by Dan Kwan and Daniel Scheinert (or “Daniels,” for short).

The other “Daniels” of this film, Daniel Radcliffe and Paul Dano (close enough), serve as the leads of Swiss Army Man, which centers around a suicidal man trapped in the wilderness (Hank, played by Dano) who discovers a corpse with magical powers (“Mannie”, played by Radcliffe) to help him get home and maybe even understand himself a bit better.

The film kicks off with just a taste of its weirdness in the first five minutes, so you can’t fault the movie for any kind of escalating silliness that will undoubtedly offend most of you at some point. The journey of these two characters is two-fold: to survive, Hank must unlock the corpse’s mysterious “swiss army knife” tools, of which I won’t spoil because that would rob some of the fun. But to get ahold of these powers, he must teach the corpse the world he has forgotten, which involves everything from basic language to talking to a cute girl on a bus (yes, this film gets quite strange). 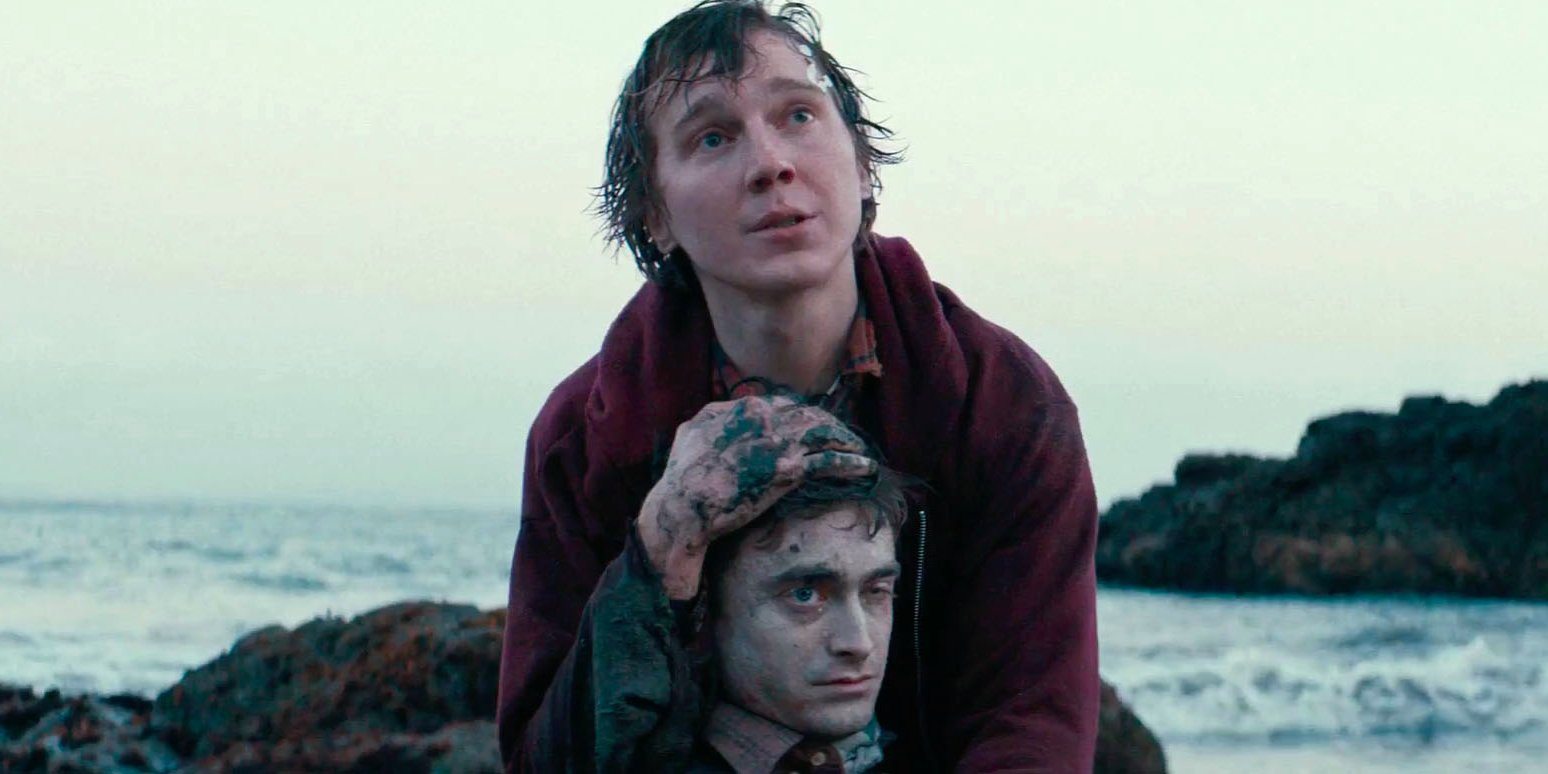 Then the journey becomes three-fold, in that the character of Hank is given a referendum by what must surely be a fantasy in his own head…right?

The dueling logic within Swiss Army Man is probably its least interesting feature, but the second and third act does well to let viewers lose themselves in the uncertainty. With every fart and genital joke that will spur a walkout from someone in the audience, the movie veers back on course with some of the most beautiful storytelling and set pieces you’ll see in 2016. It comes off as an experiment in how far the film can go in making itself as disturbing as possible, only for it to rejuvenate itself with a stunning set piece boosted by Manchester Orchestra’s brilliant soundtrack (aided by Dano and Radcliffe’s own voices).

Many different people will glean many different things from Swiss Army Man, including simplistic commentary on loneliness, repressive behavior, and to be even more on the nose, fear. These are all very basic ideas, but they’re executed in an unforgettable, thrilling, and believable fashion, a feat exemplified by a career-high performance for Radcliffe and a business-as-usual Dano who seldom misfires as an actor.

But one of this film’s more unique messages addresses how the world reacts to the ideas of imagination and creativity in a way that conflicts with the creative person who wields it. It’s a great subversion of the genre in how this all plays out toward the end of the film, and it will likely spark some fascinating discussion around whether or not the final shot is the best one possible for this movie. 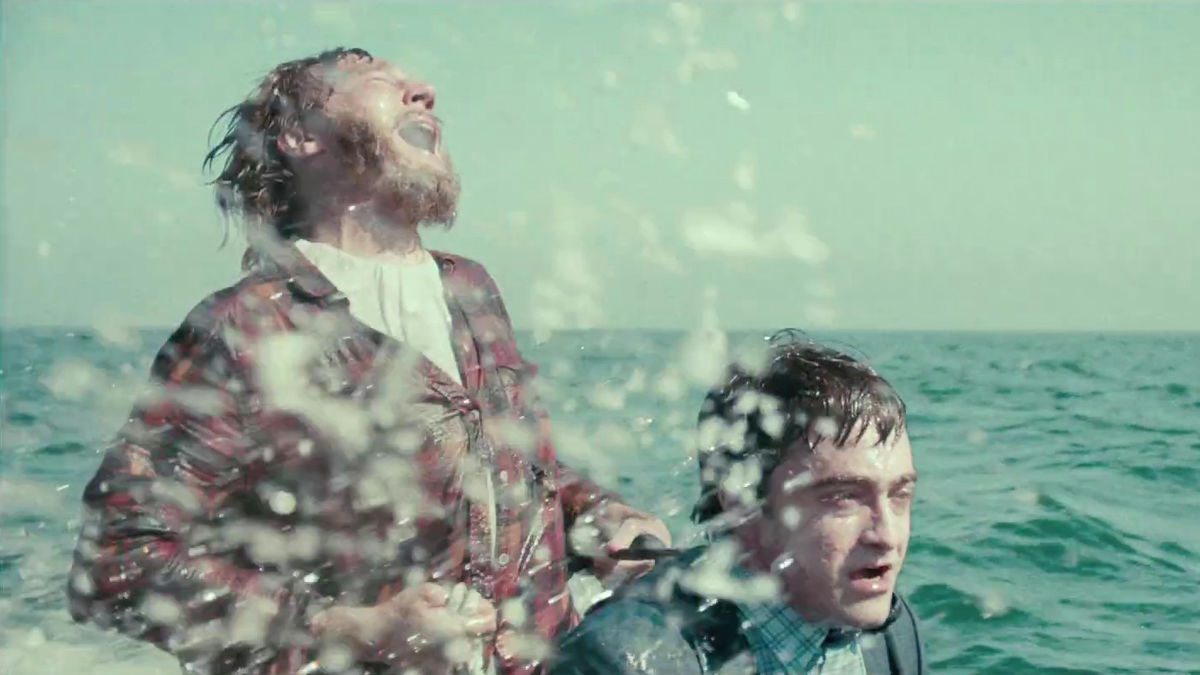 Either way, Swiss Army Man is a must-see for film-lovers and a hit-or-miss experience for casual moviegoers. The easily offended will be offended easily, but those who stick around will be greatly rewarded.

2 thoughts on “Review: ‘Swiss Army Man’ Will Disturb and Delight You”