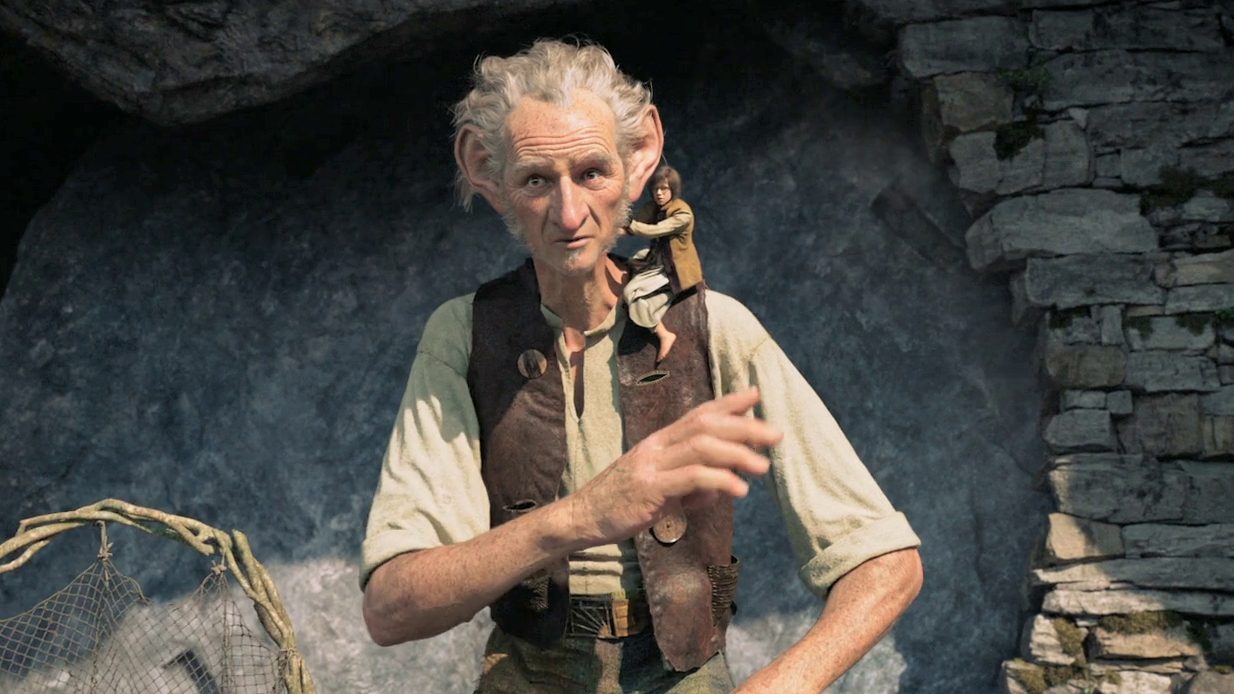 Based on the Roald Dahl book of the same name, The BFG (Big Friendly Giant), probably shares more in common with Zemeckis’s animated rendition of A Christmas Carol with Jim Carrey in 2009.

Both films center around revolutionary visuals (for the time) that emphasize a digitized performance by a great actor — Mark Rylance in BFG‘s case. But both films also stumble in the same ways. They’re both trying to force a small story into something bigger and broader for the big screen.

Taking place sometime in the 80s, The BFG starts off with a young orphan girl named Sophie (played by usually-precocious newcomer Ruby Barnhill) who sees a “giant” man sneaking around the foggy streets of London. To prevent her from blabbing his existence, the giant (Mark Rylance) snatches her from her bed and whisks her away to Giant Country, only for her to discover that this fearsome creature is actually the runt of his kind.

The rest of the film focuses on Sophie’s discovery of this side of the world, where dreams can be chased and massive cannibal giants skate across the hills with cars under their feet. At its best points, The BFG fully embraces the charismatic imagination Dahl envisioned with these characters, placing them in amusing set pieces that make us want to dig into their world even further. 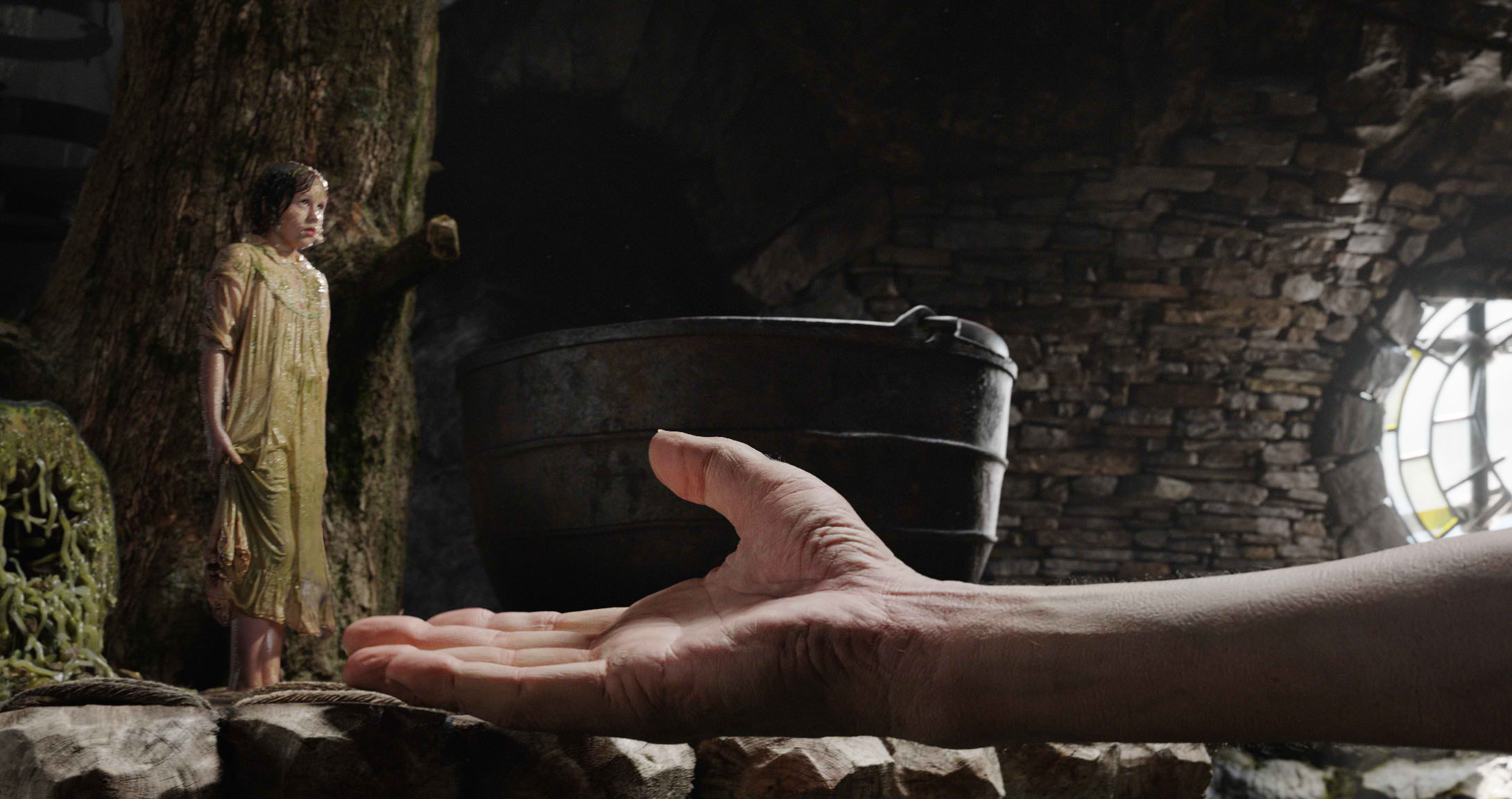 What suffers in this take, though, is the lack of substance with Sophie and the BFG himself. The two form a bond through ambiguous means that seem to be lacking a key scene or two. And so much attention is placed in the spectacle of the film, you walk away having no idea what The BFG is even supposed to be about.

Even a children’s film needs to firmly establish the motivations and desires for every character. But the film is so adherent to Dahl’s ephemeral whimsy, it forgets that a big screen story absolutely needs characters who yearn for something, as well as conflict that is substantial enough to make us care about them by the end. In BFG, everyone is quite reactionary and wooden as soon as the plot comes into play. And that’s not even mentioning the rushed third act, kicked off by a slow and bizarre turn of the plot that feels like another movie, entirely.

Perhaps the saving grace for BFG, which keeps it from being an overall disappointment, is how full of life its world is, made possible by stunning visuals that blend naturally with practical effects. The uncanny valley takes some time to dissipate, but once it fades, you’ll forget that the BFG and Sophie aren’t actually that different in size.

This is also a humorous movie that pulls off some of the best physical comedy of the year, actually earning laughs in a way that would plague most kids’ films that rely on fart jokes and slapstick too often to make an impact. When a joke likes this happens in The BFG, it’s sparing and almost always gets the laugh. 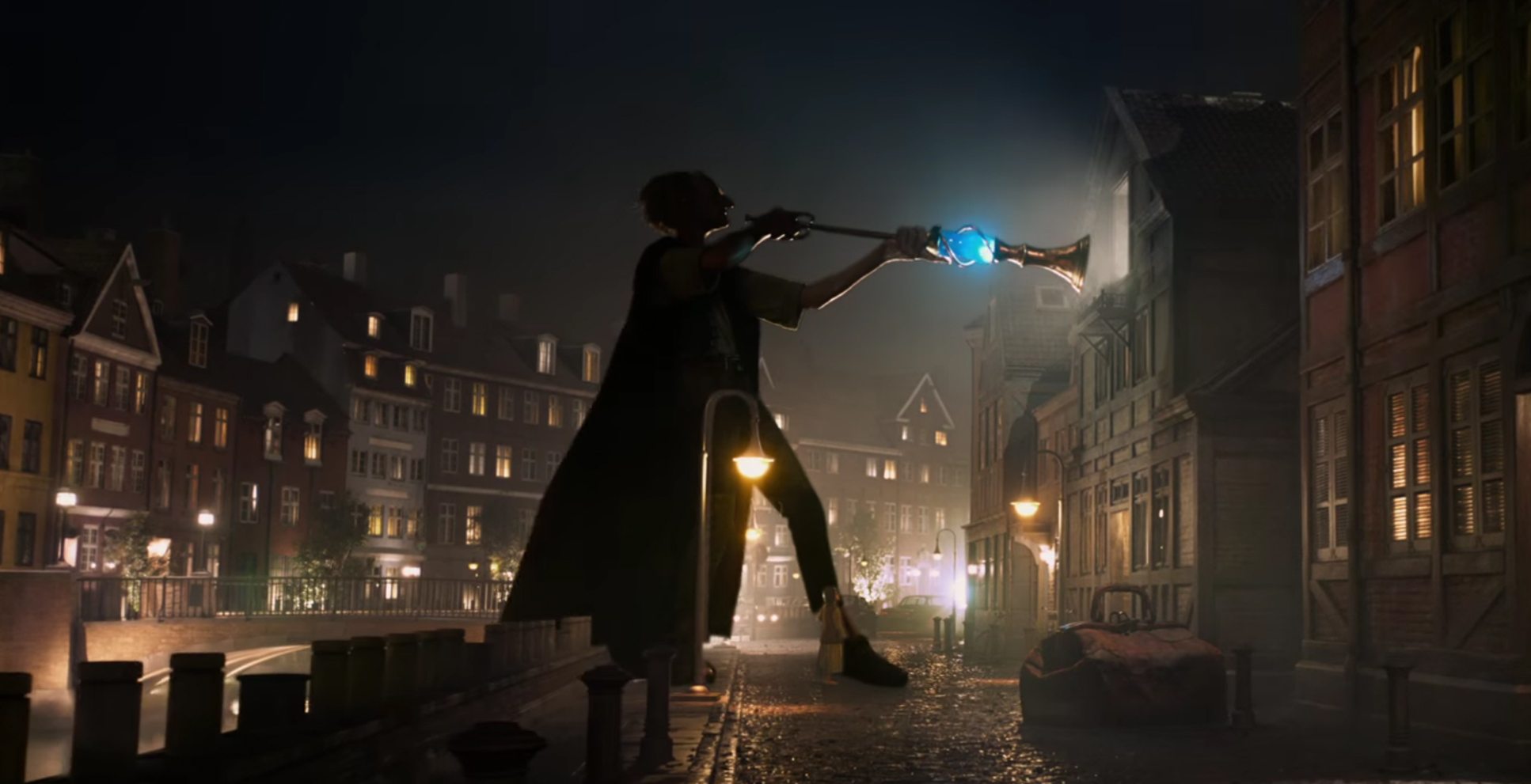 This isn’t the best of the film adaptations on Dahl’s work (that honor still belongs to Willy Wonka and the Chocolate Factory after all these years), but it’s just as good as James and the Giant Peach and only a notch below something like Matilda. It still has that air of a movie that kids will love because it’s as dark as they are, allowing them to feel as if they’re getting away with something while watching it. For families looking to escape each year into smaller films suitable for their kids, The BFG will probably persevere as a popular choice for years to come.

4 thoughts on “Review: ‘The BFG’ Is Big and Friendly, But Maybe Too Giant”