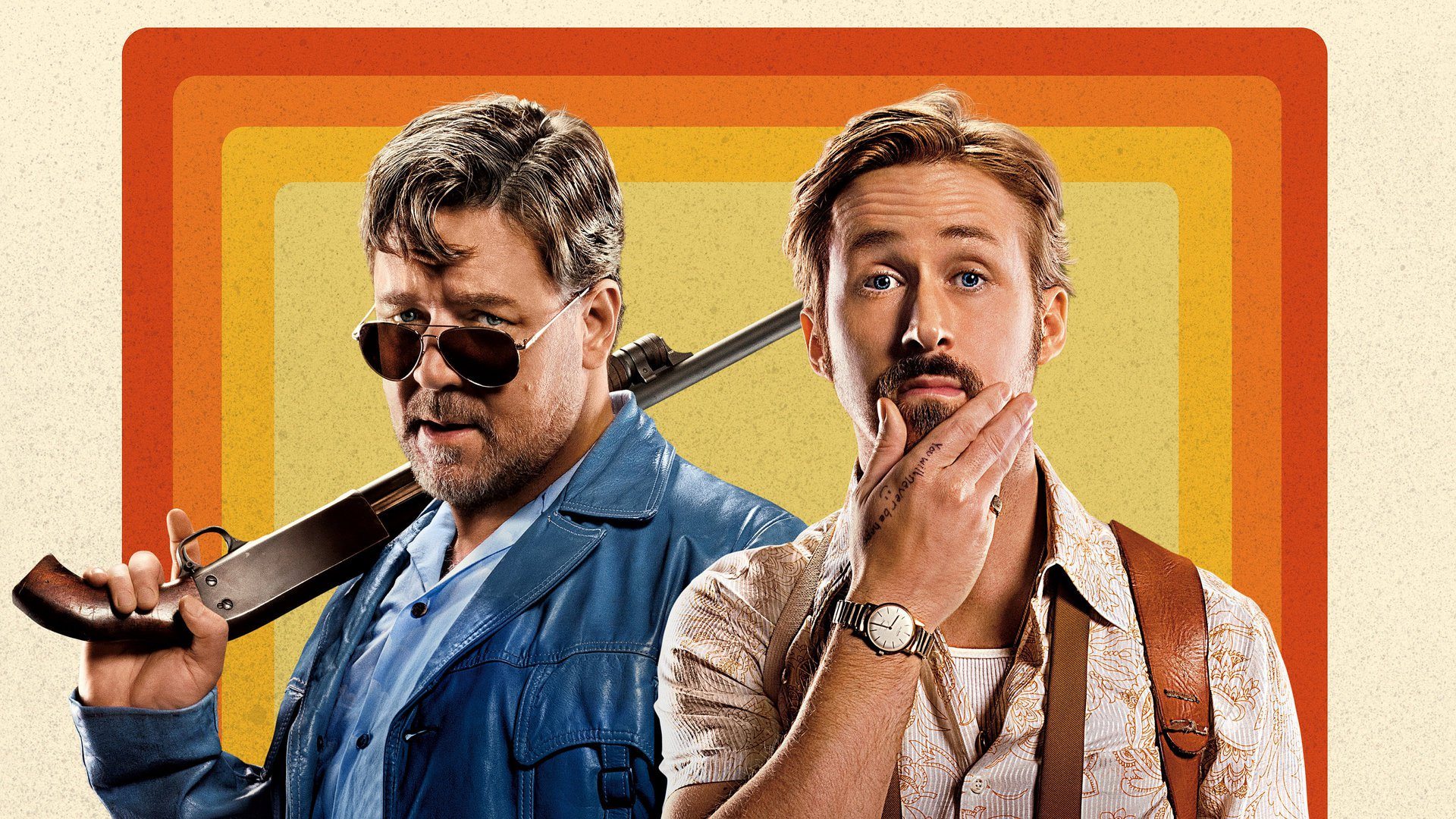 And you couldn’t ask for better actors to fill these roles. Russell Crowe plays Healy, the no-nonsense muscle. Ryan Gosling plays Holland March, a bumbling demigod of survival. And Holland’s wise-talking daughter, Holly, is played by Angourie Rice, whom you’ll certainly be seeing more of out of Hollywood.

Originally intended to be a pilot for a TV series heavily inspired by “The Rockford Files” (which is clear throughout the film with its many loving references to that 70s show), The Nice Guys was converted to film when it was clear that the pilot had too many issues.

And some of these problems seem to have carried over to the final product, which is a story that is sorely lacking of a rewrite that addresses many of the plot contrivances and shallow characterization for anyone outside the “big three,” and perhaps an unlikely villain who emerges past the halfway mark.

But Gosling, Crowe, and Rice were made to fill the screen together, in what is one of the best displays of onscreen chemistry all year, along with some of the best jokes. Gosling gives his all in a hilarious performance that mixes surprisingly violent physical comedy with laser-focused comedic timing. Not all of the jokes in The Nice Guys land quite as well as they were probably intended, but the duds are few to find. In fact, the film’s best joke is probably the fact that it’s a film about Hollywood that was actually filmed in Georgia. 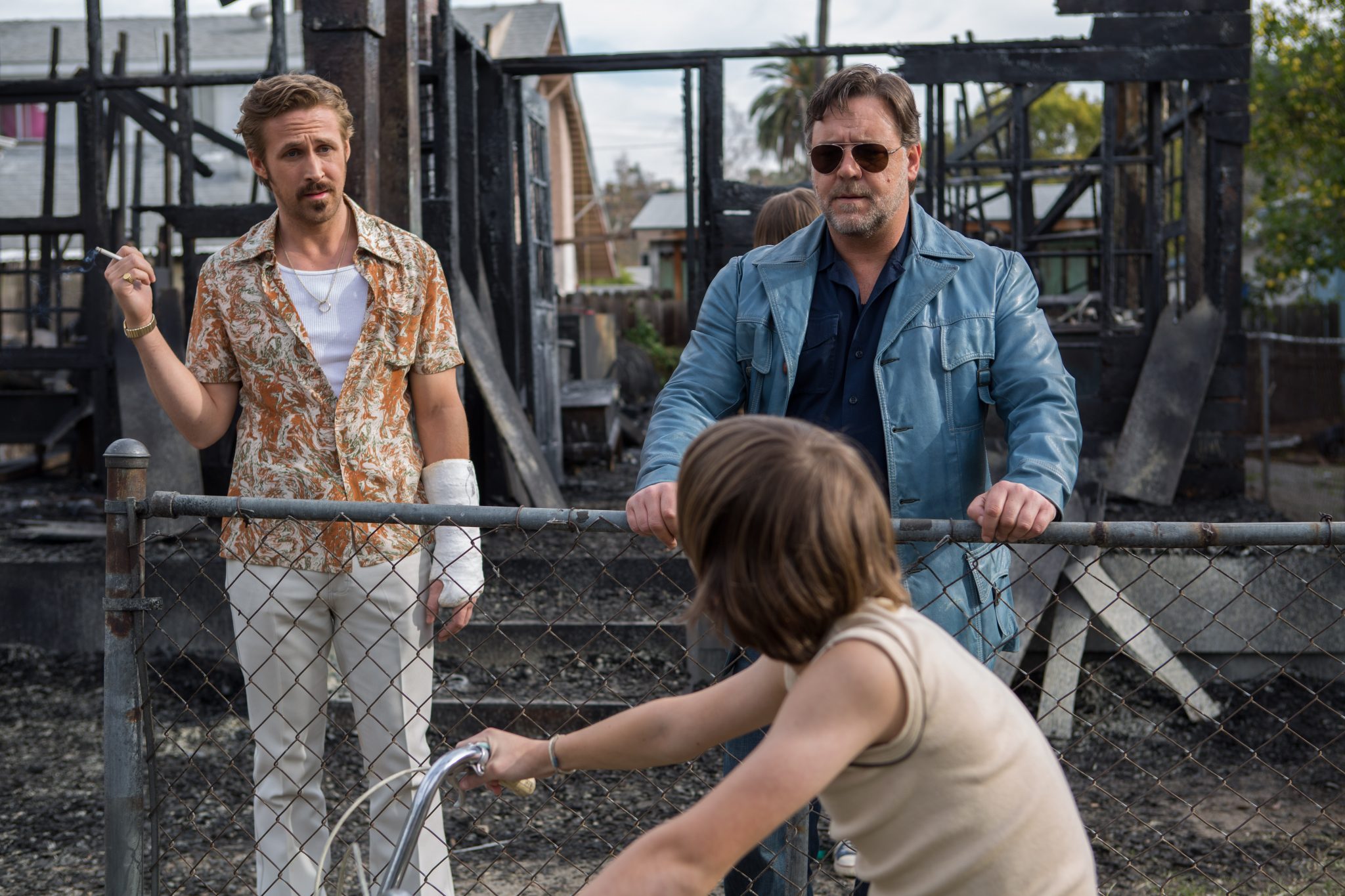 For most fans of Lethal Weapon and especially Kiss Kiss Bang Bang, as well anyone keen to pick up on the mountains of 70s pop culture references, this film will be a godsend and probably your favorite movie of the year. But for everyone else, it does the job at a deeply discounted rate.

3 thoughts on “Review: ‘The Nice Guys’ Is a Perfectly Acceptable Shane Black Movie, But Not Much More”