Rogue One: A Star Wars Story will be opening in December, but we’re already learning quite a bit about the characters and ships for the film (certainly more than last year’s The Force Awakens).

A non-final version of the “Official Visual Story Guide” has been leaked on Jedi News, and it contains some light spoilers for the main characters (shown below), as well as some intriguing story art. I’ll be sharing some of this info, but if you want the full, spoiler-filled image album, click here.

As for team Death Star, we now know that the black stormtroopers are officially called Death Troopers, and the Imperial officer with the white cape is Director Krennic (Ben Mendelssohn), the “military director of the Empire.”

Here’s a good look at the Rebel Starfighter “U-Wing”, described as a “versatile Rebel Alliance craft that balances speed with the firepower of proton torpedo launchers.”

We also got a good look at the new TIE Striker, described as single-pilot “Aerial Assault Vehicles designed for fast-paced dogfights.” 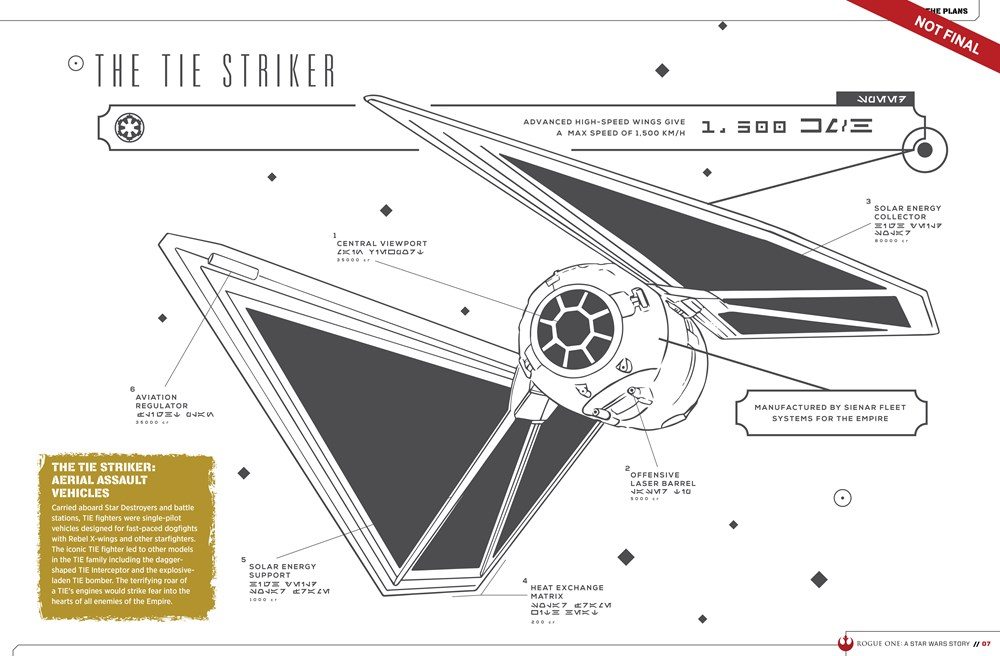